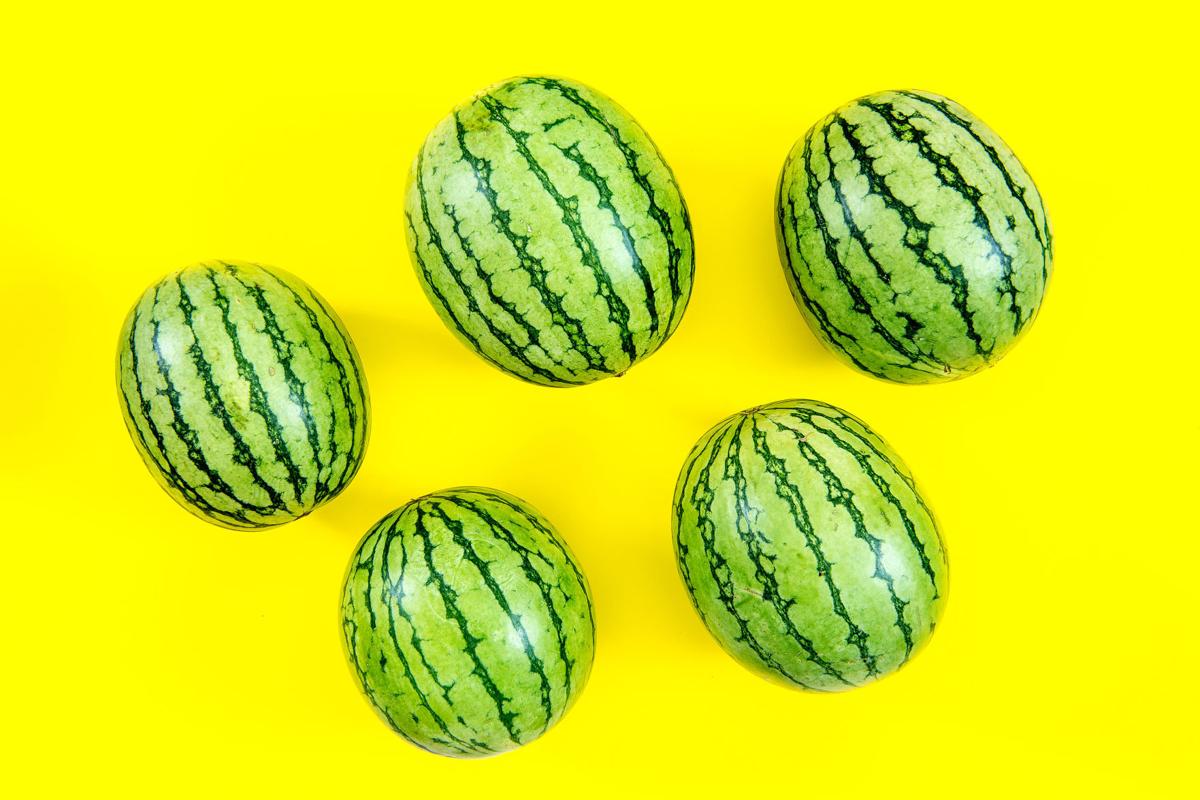 If you've got two melons that are the same size but one is noticeably heavier, go with the heavy one. 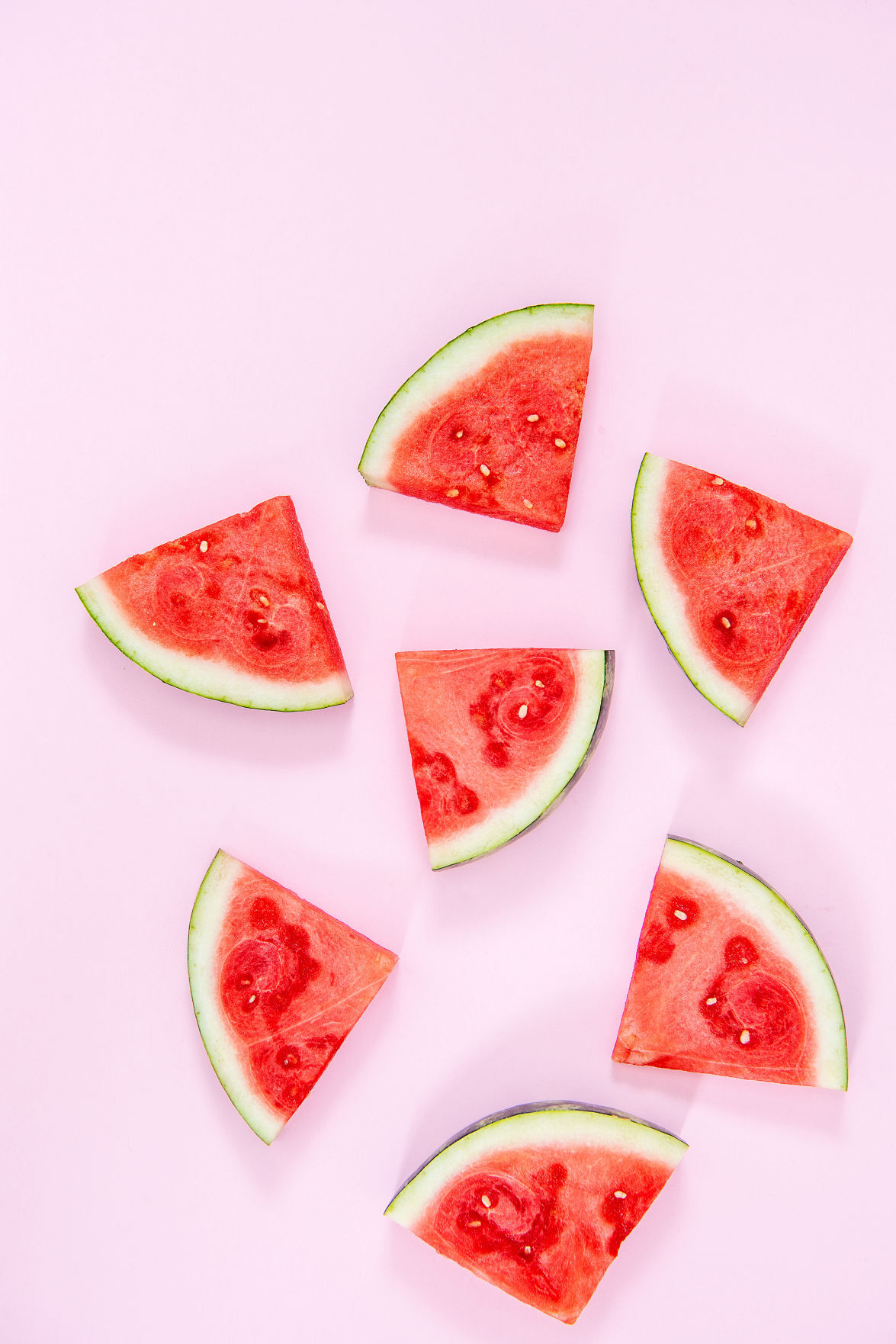 We’ve all been through it. Lugging home a huge, heavy watermelon from the store or farmers market — as perfect-looking as you could find. Schlepping it up the stairs and making room for it in the refrigerator. Waiting for the opportune time to crack it open — a picnic maybe, or just a hot summer day. Something, anything, to bring a little joy to the perpetual Groundhog Day we’ve all been living since mid-March.

And then, upon slicing it open, you see your deepest fears have been realized: It’s a bad melon.

Nothing can top the heartbreak of discovering your carefully selected watermelon is terrible. It’s mealy or flavorless; or worse, it has the integrity of rotted wood or has huge patches of white that make it resemble more cucumber than melon (the two are in the same Cucurbitaceae family, by the way).

When perusing fruits and vegetables at the market, with a few exceptions, it’s pretty easy to tell what you’re going to get. Lettuces, carrots, apples, berries — you judge primarily on appearance. While it’s certainly no guarantee of flavor, what’s the worst that happens? If you get a flavorless strawberry or an insipid tangelo, you can toss it with relatively little harm done.

Not true with watermelons, which are about as high-stakes as you can get, produce-wise. When you’ve picked a good one, there’s no greater reward. And when it’s bad, well, you’ve managed to instantly create 16 pounds of garbage and disappoint your family, friends and entire quarantine bubble.

Is there a foolproof, science-backed, empirically correct way to choose a watermelon? Unfortunately no, according to Zheng Wang, vegetable crops farm advisor at the University of California Cooperative Extension. Selection, like all good things in life, will always be something of a gamble.

“I don’t think there’s anything scientifically,” he said, that would guarantee a top-notch watermelon. However, “There are some techniques about when to pick a watermelon,” he said, such as looking for a dried-out tendril in the field, as well as color.

That moment of harvesting is important, Wang said, as, unlike tomatoes, which are often picked green and allowed to ripen on the journey to the store, watermelons will not auto-mature. “Whatever level of maturity it is, it is,” he said.

What of seeded versus seedless watermelons?

Seedless varieties began to be commercially available in the 1990s, according to Michigan State University Extension. Now they dominate the market — today, around 85% of U.S.-produced watermelons are seedless.

There are some purists who claim seeded watermelons from bygone days were sweeter and more flavorful. Whether that’s true — or simply looking at the past through watermelon-colored glasses — is obviously subjective. Wang notes that over the years, breeders have improved the sugar content of the seedless types. “I don’t personally believe the flavor is worse,” Wang said.

Recently, Times cooking columnist Ben Mims and I did a rigorously unscientific experiment where we each selected five watermelons to test — the goal was to pick four we thought would be good, as well as deliberately choose one bad one. (Check out the full video on the Los Angeles Times Food YouTube channel to see the results of our study.)

There are three metrics you’ll want to use to judge a watermelon: appearance, weight and — this is where it gets a little ambiguous — the sound it makes when you tap it.

Ben goes almost exclusively by appearance — look for a uniform shape and a deep green color. If the melon is too pallid or splotchy in parts, keep looking. A sunspot, or orange/yellow patch from where the melon sat in the field, is also something to look for — but not completely necessary. Some of the better melons we sampled did not have a sunspot.

Are there weird bumps or lumps on the surface? Does it look a little disproportionate in spots? Not a deal breaker per se, but look for something smooth and symmetrical.

Watermelons are around 92% water. It stands to reason, therefore, that a crisp, juicy watermelon is going to weigh a lot.

If you’ve got two melons that are the same size but one is noticeably heavier, go with the heavy one. “That’s telling you the water content of the melon,” said Eric Hester of Weiser Family Farms in Tehachapi. (Weiser has a stand at the Santa Monica farmers market, where I recently stopped by.)

If you’ve been to any good market, you’ve seen people scrutinizing and tapping melons with the confidence of an expert gemologist. But it’s also the most subjective of all the benchmarks: What exactly are you listening for when you tap?

“You look for a nice full color, heavier and hollow-sounding,” said Carter Clary of McGrath Family Farm in Camarillo (which also sells at the Santa Monica market), noting that you’re looking for a “lower tone” rather than something high and tight-sounding.

I learned a trick from watching a video on the website of Perry & Sons farms in Manteca, Calif. (whose products are available at large retailers like Safeway and Target):

Hold a melon in one hand, palm up on the bottom of the melon. Tap firmly on the top. If it’s a good one, you should be able to feel the vibration in your bottom hand. If you can’t feel anything, there might be a problem. During our unofficial taste test, I deliberately chose one melon where I couldn’t feel a thing in my bottom hand when I rapped on the top — and it ended up being the worst melon of the 10 that Ben and I selected.

If you’re looking to salvage a subpar melon, there are ways: Add a squeeze of lime and some Tajin to bring out the sweetness; make a salad with feta and mint; if you own a juicer, make a fresh juice or smoothie (watermelon-cucumber and watermelon-strawberry are good combos).

And if all else fails, dump a bottle of vodka into it. Hey, it got you through college; maybe it can get you through a pandemic too.

El Porteño Empanadas set to open at the Oxbow

Joseph Ahearn, who grew up in Napa, is returning with El Porteño's Empanadas set to open at the Oxbow on Friday.

The Napa Farmers Market has an abundance of beautiful tomatoes in all different sizes, shapes and colors.

Cooking for Comfort: What pairs with pears?

Sure, apples are considered the star of autumn fruit, but pears are also one of the season's important gifts.

A pitmaster's secret to the best pulled pork at home

The best way to get spoon-tender pulled pork in your oven.

The next time you go to order a Momma's Pancake Breakfast, you can add a mimosa to your order.  The "old country store" chain has added alcohol to the menu.

These days, the pandemic is determining how and what we eat, from quick shortcuts to slow cookers. There's lots more home cooking, and many more family meals.

If you've got two melons that are the same size but one is noticeably heavier, go with the heavy one.