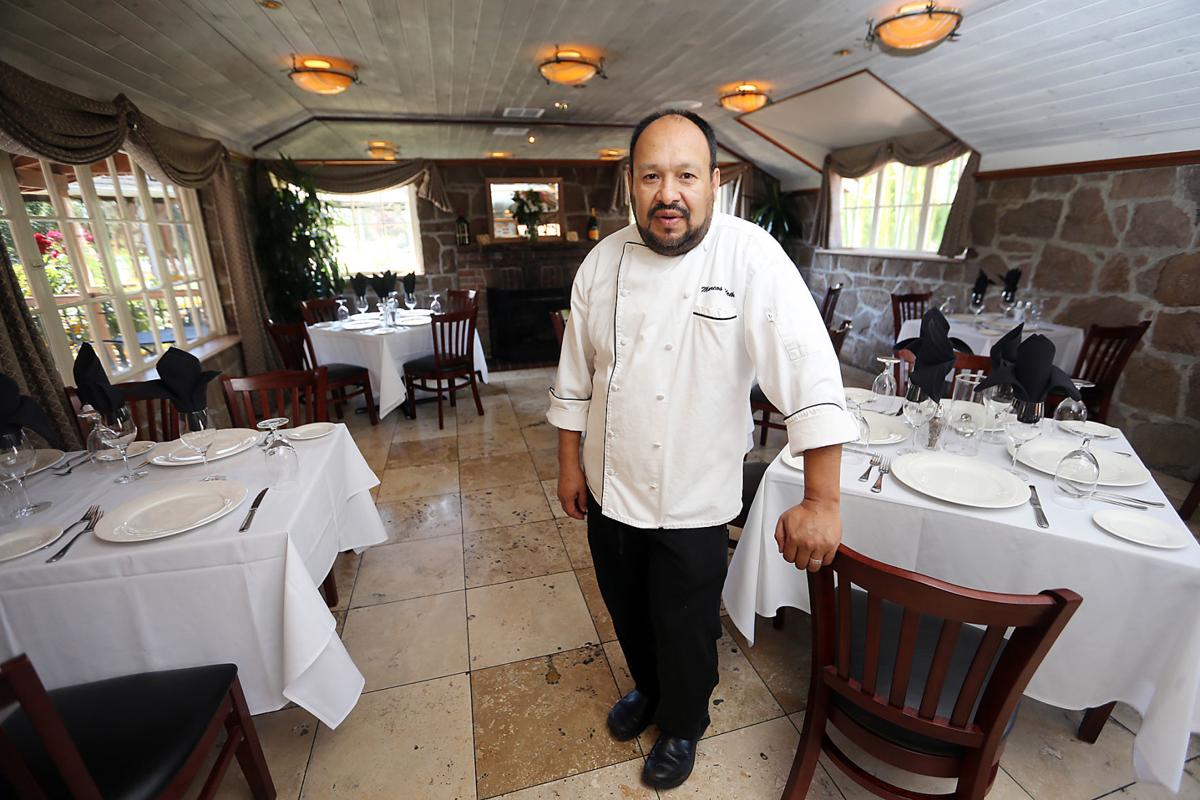 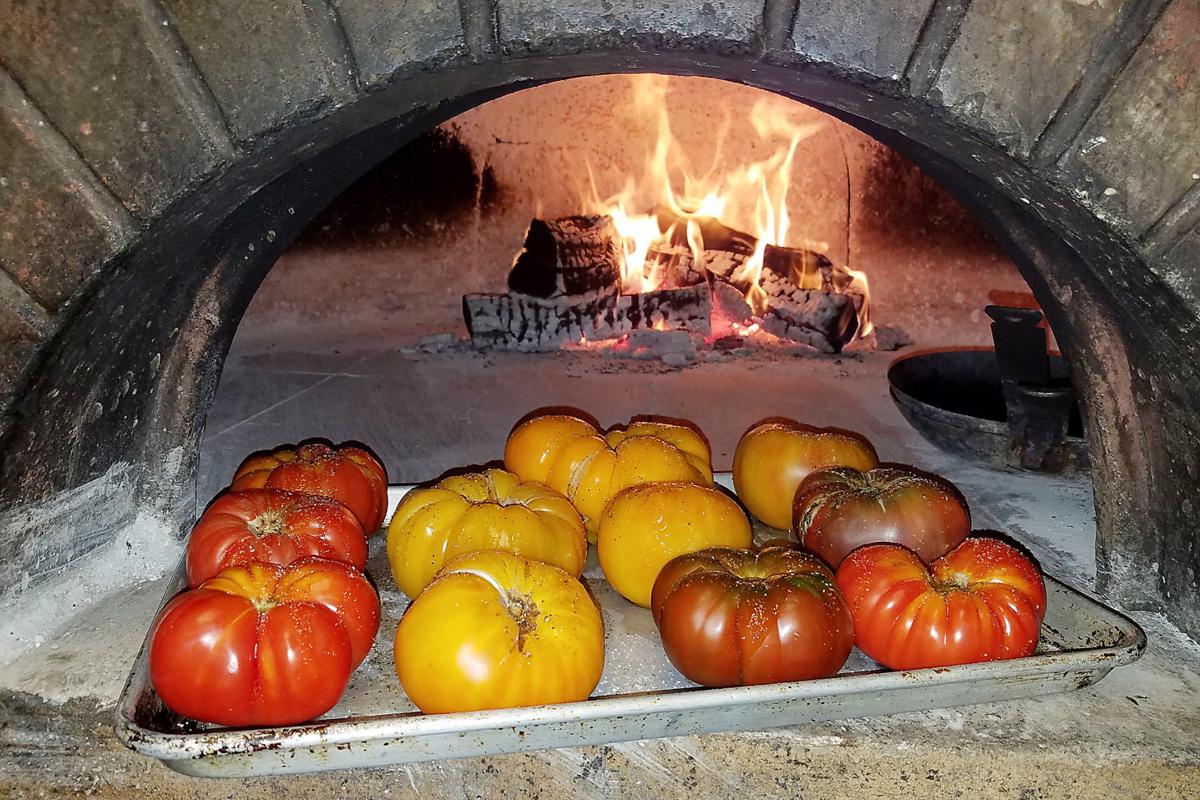 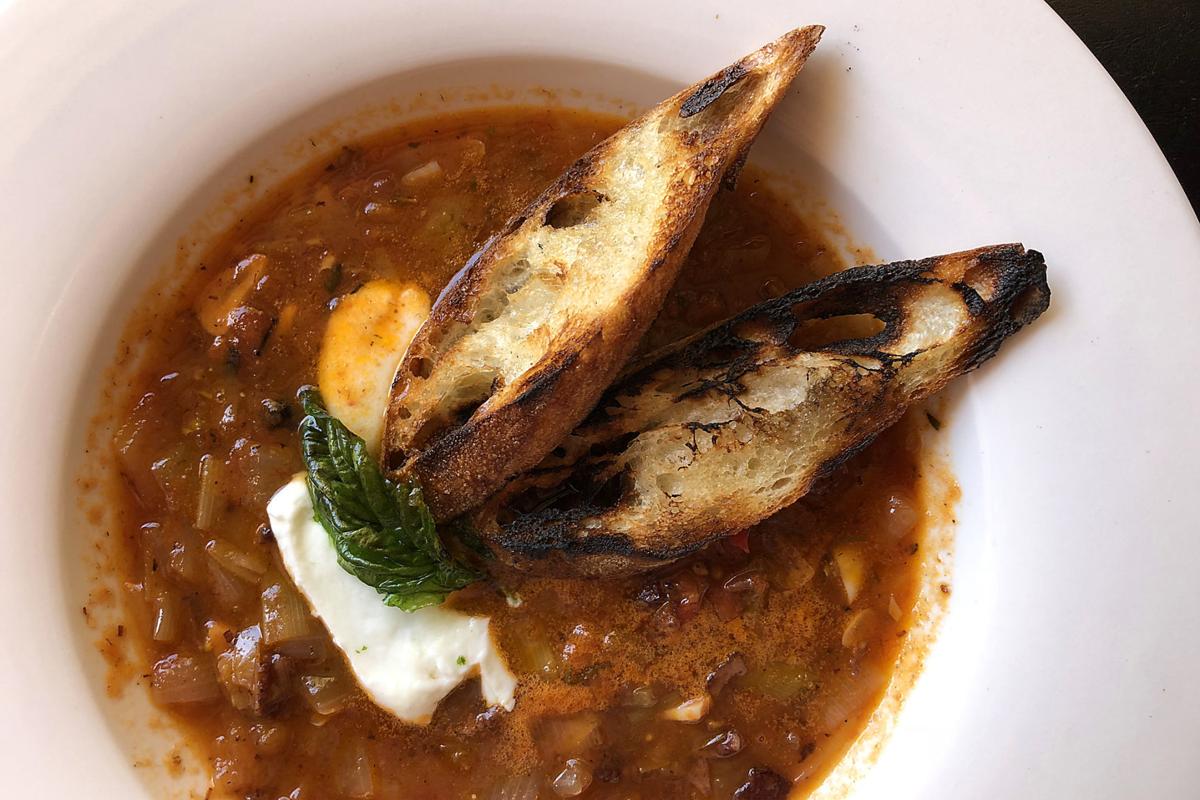 There is a secret on the east hills of Napa tucked on the way to Lake Berryessa on Monticello Road. Open for a few years, Cordeiro’s Steakhouse is an oasis for locals and tourists. As you drive up towards the lake on the outskirts of Napa, you might have wondered about the property that once housed Bayleaf Restaurant with lush and colorful gardens.

As you walk in, you find yourself traveling back in time. Perhaps it’s the leather-covered chairs, the exposed red brick or the classically stocked bar complimented by Frank Sinatra singing “Fly me to the Moon.” Or maybe it’s the warm hospitality offered by a team of seasoned professionals including Renaissance man Samuel Gebru and his unparalleled hospitality. Regardless of the reason this place evokes an “I’m home” feeling.

As you sit at the bar waiting for the rest of your party or unwinding from the day’s fun, you open the menu and smile. Aside from the timeless drink fare, the dishes stick out and make your mouth water. Jumbo white prawn cocktail, wood oven roasted Oysters Rockefeller and Fresh Maine lobster cakes are only the first three items featured in the lounge menu. The list continues with a hit after another that my grandparents would have approved of and yet so contemporary and satisfying.

The menu execution is in charge of a familiar chef in the Napa Valley, Marcos Uribe. Before joining the Cordeiro’s Steakhouse team, Chef Uribe spent more than a decade overseeing Celadon Napa as executive chef, after working at Chef Greg Cole’s iconic Cole’s Chop House on Main Street in Napa.

Uribe arrived in Napa in 1989, and he joined Dunn Vineyards where he covered a couple positions from harvest, cellar work and bottling.

Although this was a great experience, he says he knew this wasn’t his calling. Around this time, a friend of his worked at Spring Street Restaurant in St. Helena (now Goose and Gander). He started working as a dishwasher and for the first time got a taste for the restaurant world. Shortly after, he moved up to prep, lead brunch and then dinner cook. For about two and a half years, he learned the ropes in the kitchen working with an American-style menu.

During this first kitchen job, he says he couldn’t help to experience deja vu every time he walked through the kitchen feeling like he’d been there before.

In his next move, arguably the most critical in his kitchen career, he applied for a job at Domaine Chandon in Yountville under Chef Philippe Jeanty’s guidance.

With a big smile, he recalls Chef Jeanty saying, “You won’t last a week.” His stint at Domaine Chandon ended up lasting five years. “It was like going to culinary school,” he says.

He explained that each cook was responsible for all steps to execute a dish, he said, meaning it started with butchering, cleaning produce, making stocks and sauces, cooking and plating. Though most restaurants have a dedicated position for each step, during that time he learned and perfected techniques applied to high-end cuisine while also working with a high volume of guests.

In 1996, he decided to join Chef Todd Kowashi opening Brix Restaurant in Yountville were he evolved as he made use of what he had learned at Domaine Chandon on top of applying creativity to come up with the daily specials as one of his tasks.

Aside from chef Kowashi Uribe, he says there were a handful of chefs that influenced his career during his time at Brix. Chef Chad Hendrickson, who oversees the culinary program at Hess Collection Winery, Chef Pablo Jacinto, currently at the Silverado Country Club and Chef David Nuno who runs Brasswood in St Helena, were some of the chefs he recalls working with and learning from.

Uribe’s driving force in the kitchen, aside from creativity and execution, is passing knowledge along to young, passionate cooks.

“I thoroughly enjoy watching inspired youth finding their way in the kitchen,” he says. “I remember this kid showed up and asked for a job so he started as a food scraper. He liked the kitchen life, learned and grew, and these days he is a sous chef at Thomas Keller’s Per Se Restaurant in New York City.”

On his time off, which is not much considering the kitchen is his life, he enjoys camping in Mt. Shasta with his wife where he can relax thanks to no cellphone reception. They both also enjoy salsa dancing when time allows; some of their favorite spots include Cafe Colome and the Cigar Bar.

When asked about local dining, he says they enjoy Zuzu and La Toque in Napa, Mazatlan in Hercules and Fonda in Albany, although he mentions they don’t go often on outings as he likes to use his commercial kitchen at home.

I asked him how long he’s been married and his response was something I don’t hear every day. He said after being married for 10 years from 1989 to 1999 they got divorced only to remarry five years ago when they realized they were soulmates. His kids, a Bichon Frisée, a Shitzu and a Yorkie-Chihuahua keep the household lively.

Uribe enjoys helping out the community and being involved with fundraisers in the area like Hands Across the Valley, Napa Valley Auction and Clinic Ole’s Chili Cook-off.

Being in the Napa Valley he enjoys the local bounty, favoring a handful of wines like Shafer ‘Red Shoulder Ranch’ Chardonnay, Duckhorn Merlot, Caymus wines and Rombauer — but he admits his love for tequila, backed up by a collection of more than 30 bottles at home.

Cordeiro’s Steakhouse is the brainchild of local businessman Matt Cordeiro who grew up enjoying in this style of eateries and has an eye for detail. During a couple stops during the day I saw Matt working on the landscape, checking the flowers and rearranging the greenery with a parental eye.

The restaurant counts with a quaint dining room separated in small areas making it intimate to enjoy a romantic dinner or a business conversation. A couple of private dining rooms, used by large groups for events like weddings and business retreats, are completely separated from the main rooms.

They have a full liquor license and you can enjoy a range of classic spirits aside from an all Napa-Sonoma wine list featuring a strong lineup like ZD Vineyards, Del Dotto Vineyards, Staglin Family Vineyards, Grgich Hills, Clos du Val, Lewis Cellars, Gargiulo Estate Vineyards and Hundred Acre.

Continuing on the food side, you’ll find Snake River farms Kurabota Pork, Akaushi Steaks and Fulton Valley chicken grilled on their signature mesquite grill in addition to an array of starters like a tableside prepared Caesar salad, caramelized onion soup with gruyere and a seafood variety including king salmon and swordfish.

The restaurant is directed by seasoned general manager Bashar Elkhalil, who spent nearly 30 years at the Royal Oak restaurants at the Silverado Country Club in Napa.

Chef Uribe shared one of his own favorite recipes.

Place whole tomatoes with 2 or 3 tablespoons of your extra virgin olive oil, salt, and pepper on a sheet pan, place in 400-degree oven for 30 minutes.

Remove tomatoes from oven and let cool, peel and hand crush onto sheet pan. Save liquid.

In a small pot put the bacon sliced into pieces to render the fat until it is crispy. Add cup of wine to bacon in pot until everything is dry. Add leeks, onion, bay leave, and thyme cooking until soft. Add crushed tomatoes and juice to pot, the rest of your extra virgin olive oil, basil, and pinch of cayenne pepper. Let cook for 10-15 minutes. Salt and pepper to taste.

Serve with a slice of grilled bread, salt and pepper to taste.

Cordeiro’s Steakhouse, at 2025 Monticello Rd., Napa, offers dinner Tuesday through Sunday from 5:30 to 9 p.m. Bar hours are from 4 p.m. to closing. For more information, call 707-224-1960, email cordeirosbg@att.net or visit the website cordeirossteakhouse.com.

In the weeks leading up to Saturday’s 24th Music Festival for Brain Health, Brandon Staglin was understandably busy.