Become a Member
Read Today's E-edition
Share This
The King of Beans: Steve Sando of Rancho Gordo celebrates 20 years
Share this
1 of 3 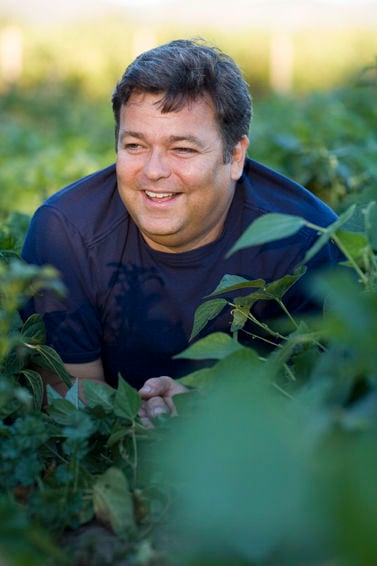 Sando's love of gardening led him to his exploration of beans, which over 20 years has grown into a thriving business. 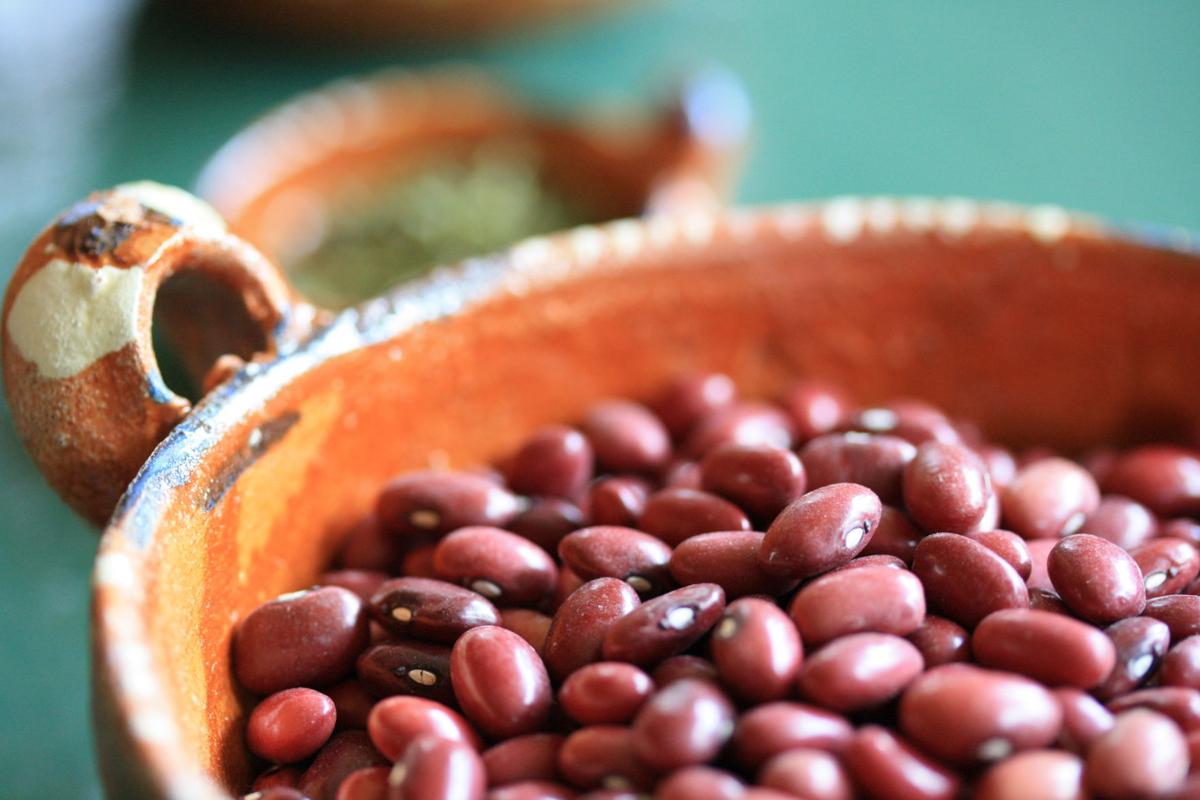 Steve Sando has transformed the nation's perception of beans and supported bean growers around the world. 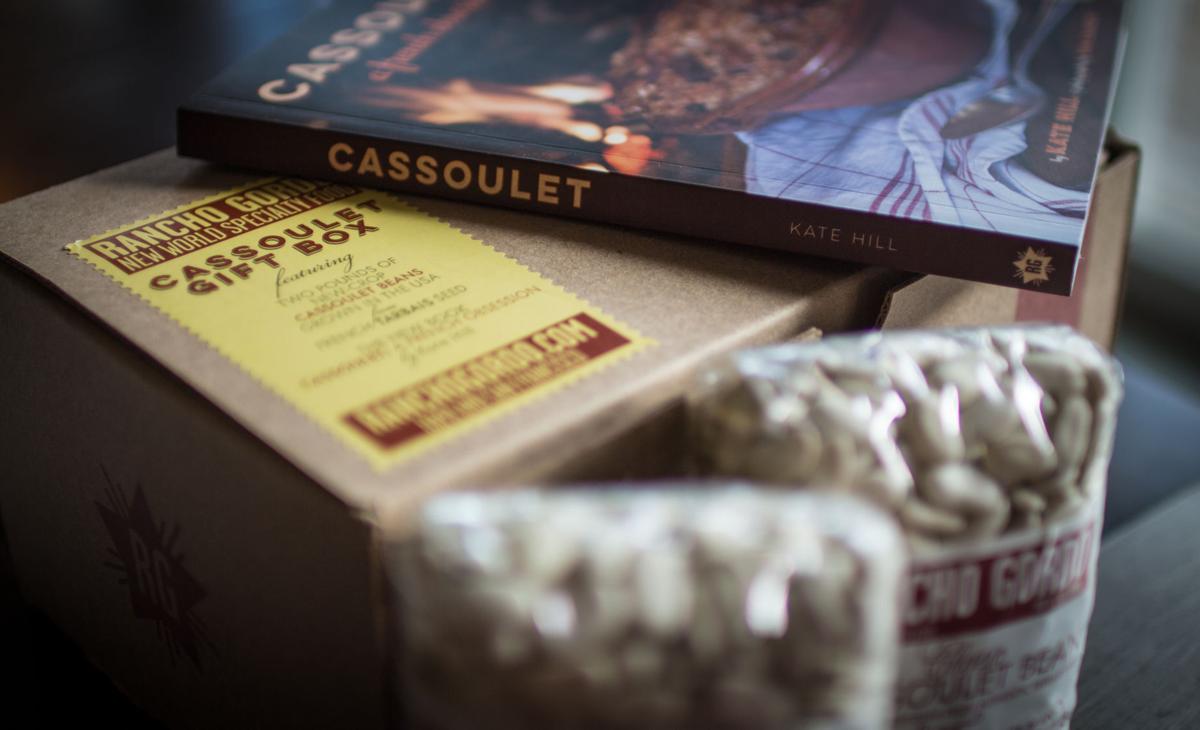 In addition to a huge variety of beans, Steve Sando's Rancho Gordo shop in Napa sells his cookbooks, cooking pots, and other products including chocolate, pozole and herbs.

Steve Sando's Ranch Gordo company marked its 20th anniversary in 2021, but while his famous beans were selling out in mail orders, the COVID-19 pandemic dampened celebrations — so, we’ll just stretch out the accolades this year to compensate.

Sando formed the Napa company that has made him a national food celebrity after an interesting life journey.

Raised in Sausalito, he attended Mount Tam High before spending time in India and London.

He ended up in Milan while working at Esprit Clothing, where he learned branding — and Italian. That took him to the Esprit plant in Milan, then he became a jazz disk jockey there (yes, he speaks Italian).

Returning home and moving to Napa, he tried music licensing and web design. Nothing seemed to really click. As he turned 40, he worried that he would never be successful.

The one thing that grounded him, however, was gardening.

He started growing tomatoes and beans, which he sold at the now-gone Yountville Farmers Market. There, chef Thomas Keller bought some of his Vallarta beans, and Sando’s life changed.

He started growing beans from the Americas partly for the connection to the past, but also because they were so good — and underappreciated.

Supermarket beans are nutritious and cheap but anonymous. Sando’s beans were exotic named varieties, each with a story to tell.

And he sold them fresh. Before he came along, dried beans weren’t dated and were often old. Old beans can take a long time to cook, some never really becoming soft. There is no comparison when it comes to flavor, especially with canned beans.

Sando discovered more and more varieties of beans with colorful names — Rio Zappa, Ayocote Blanco, Domingo Rojo, Scarlett Runner, and Santa Maria Pinquito among many others — and distinct colors, flavors, and textures. Each variety has a different taste, and when he opened his Napa store, he began holding tastings to illustrate this. In a recent interview, he said, the tastings may return one day; he has even considered holding a “bean camp,” for true bean lovers.

Visit the Rancho Gordon store on Yajome Street and you can be overwhelmed, wanting to buy all the beans but knowing it would take years to cook them all.

His most popular beans are the huge Royal Corona and Midnight Black, he said. The Marcella bean is called Sorana in its home of Lucca in Tuscany and honors the late Italian cookbook author, Marcella Hazan, with permission from her husband, Victor.

Sando's beans originated all over the world and Rancho Gordo also sells black-eyed peas, favas, garbanzos (and black garbanzos), lentils, and rare cicerchia from the Old World. Eighty percent of Rancho Gordo’s crop, however, is grown in California along with others from the West Coast. Oddly, the Royal Coronas, which were developed in Italy from New World beans are grown in Poland.

Sando supports indigenous beans and people in Mexico, and some of the beans are grown in Mexico, but those tend to be rare (and expensive.).

About 60% of Rancho Gordo’s beans are sold direct to consumers, the rest through wholesalers. During the pandemic, many discovered that dried beans are the ideal food to keep around the house.

His favorite way to cook beans is with a clay pot directly on a gas stove (Rancho Gordo sells those from Mexico), but he also likes a crockpot or slow cooker.

He sees no need to soak beans, a controversial subject, or to salt the beans before they’re soft, equally controversial.

He appreciates the flavor of the beans and doesn’t require pork flavoring though he likes aromatic vegetables like onion, garlic, carrot, and celery — plus bay leaves.

The humble bean has brought Sando a thriving success, a culinary reputation that has landed him in media from The New York Times to CBS TV, and a title no one else can claim: "the king of beans."

It’s not surprising that the man who almost singlehandedly made dried beans chic wants to change people’s perceptions of cooking the legume. Instead of taking on the project of making a big dish like cassoulet, red beans or, baked beans, he wants you to just prepare a pot of beans early in the week and use parts of it as the week goes along.

That’s particularly true now when almost everyone is avoiding entertaining and many live alone or as couples.

Steve Sando says, “Just cook some beans — maybe half a pound of white beans like Marcella beans if you live alone — with some onion, garlic, carrots, celery and bay leaves.” And he doesn’t usually soak them since his beans are fresh crops.

Then use part of the beans to make meals, maybe pasta Fagioli or minestrone, beans, and greens, chili, a salad or even a bean dip. “It doesn’t have to be a big project,” he said.

Sando is writing his fifth book around this idea. That book isn’t done, but you can try the idea on your own.

A magnet for foodies

Rancho Gordo has become not only a magnet for bean lovers, but one of Napa Valley’s top destinations: “I had a great time in Napa Valley, and guess what I bought? Beans!”

Rancho Gordo’s store is open Monday through Friday from 10 a.m. to 5:30 p.m. and Saturday from 11 a.m. to 5 p.m. You can email pickup orders to pickup@ranchogordo.com or 707-259-1935 but it’s well worth visiting, not only for the beans, but the cooking pots, books, chocolate, wild and brown rice, pozole, herbs, and many other treasures.

Steve Sando and Julia Newberry have co-authored the two-volume set, “The Rancho Gordo Vegetarian Kitchen” which contains all-new recipes and secrets for bean-based vegetarian cooking, plus tips and ideas to inspire you in your kitchen.

In both volumes, the recipes are organized by type of bean: white and light beans, medium-bodied beans, dark beans, and non-natives (European, African and Asian).

Many of the dishes simply combine cooked beans with a few ingredients, too. Here are two examples:

In a serving bowl, combine the watercress cilantro, parsley, onion, and beans. Season to taste with salt, pepper olive oil, and lemon

I cup shredded mild cheese, such as Monterey Jack

Lemon or lime wedges, for serving

Salsa or sour cream, for serving

In a large bowl, combine the corn, beans, cheese, green onions, and herbs. Stir to combine; season to taste with salt and pepper. Add the eggs and mix until well incorporated. Add the flour and mix again; you want the mixture to be thick enough that it will hold its shape when fried, but not too thick or the fritters will be dense and heavy.

In a large skillet over medium heat, add a thin layer of oil. Start with a test fritter: When the oil starts to shimmer, add a scoop of batter and press gently to flatten. When the underside is golden, flip and cooks the second side. Drain on a paper towel, sprinkling with salt while warm.

When it's cool enough to try, taste and adjust the seasonings of the remaining batter if needed. If the fritter is falling apart, you can add another egg and a little more flour to help the batter hold together.

Cook the remaining fritters in the same manner, adding more oil as needed. Serve with lemon or lime wedges, and fresh salsa or sour cream for dipping.

Serves 4 to 6 as an appetizer.

Taste of the Valley: 'Welcome to Waiters’ World': Joël Hoachuck writes a guide to restaurant service

Joël Hoachuck, who’s known in Napa Valley to almost anyone who eats out, has written a book for restaurant managers and servers, "Welcome to Waiters' World.

Paul Franson, Taste of the Valley: The Fink is coming to Napa

Judd Finklestein of Judd's Hill Winery has announced plans to fulfill a long-held dream in 2022 and open The Fink, a cocktail lounge in the former Silo's site on the Napa River.

Volunteers are offering to harvest extra fruit from St. Helena fruit trees and deliver it to the St. Helena Food Pantry.

Sando's love of gardening led him to his exploration of beans, which over 20 years has grown into a thriving business.

Steve Sando has transformed the nation's perception of beans and supported bean growers around the world.

In addition to a huge variety of beans, Steve Sando's Rancho Gordo shop in Napa sells his cookbooks, cooking pots, and other products including chocolate, pozole and herbs.