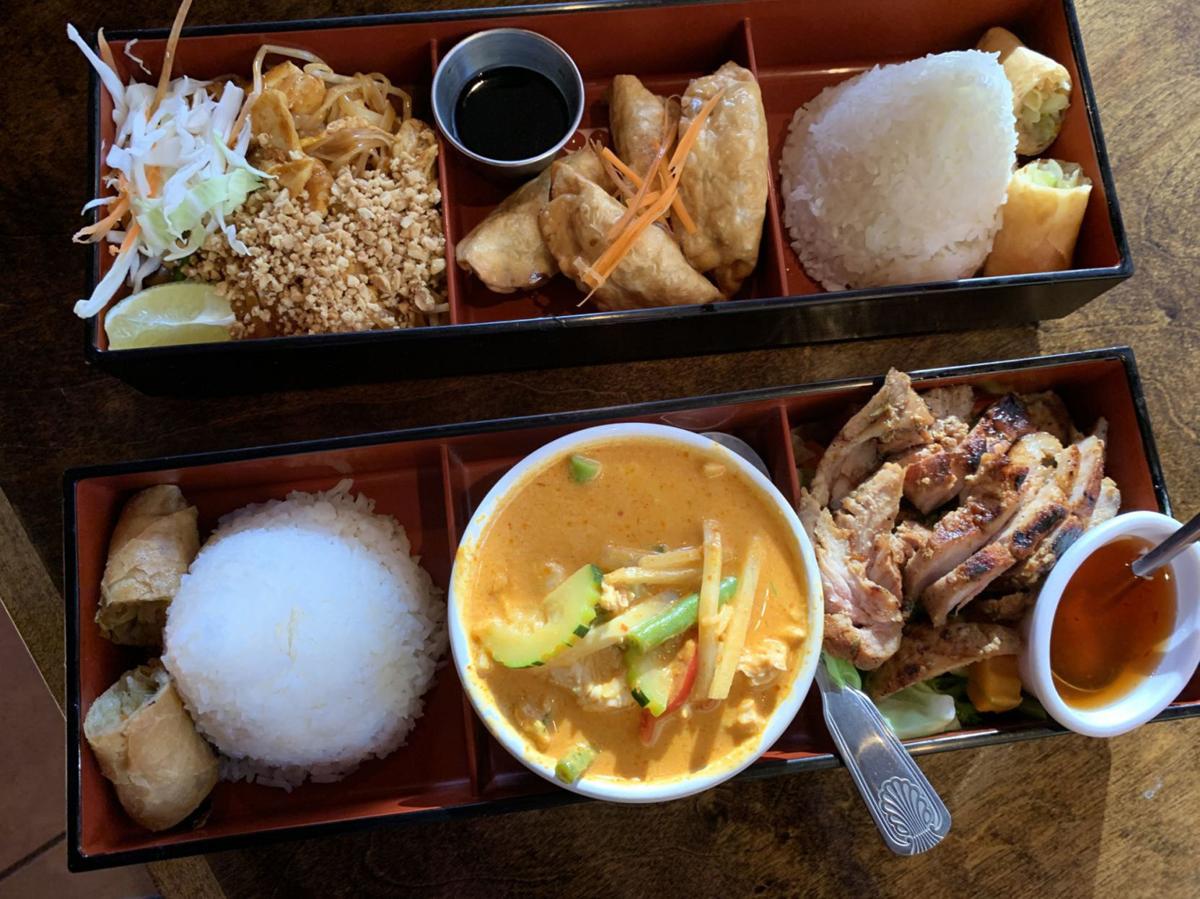 Bento boxes are a lunch-time special at the new Siam Thai House in Napa. 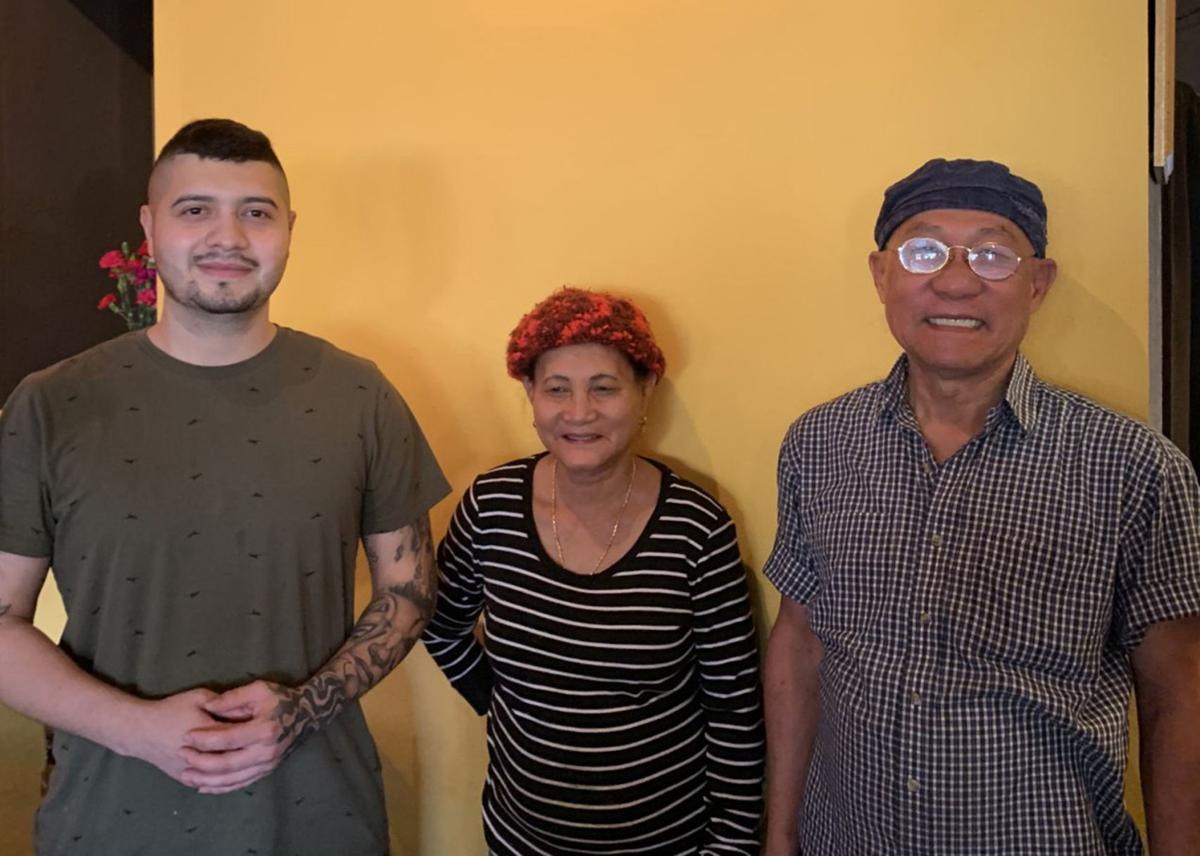 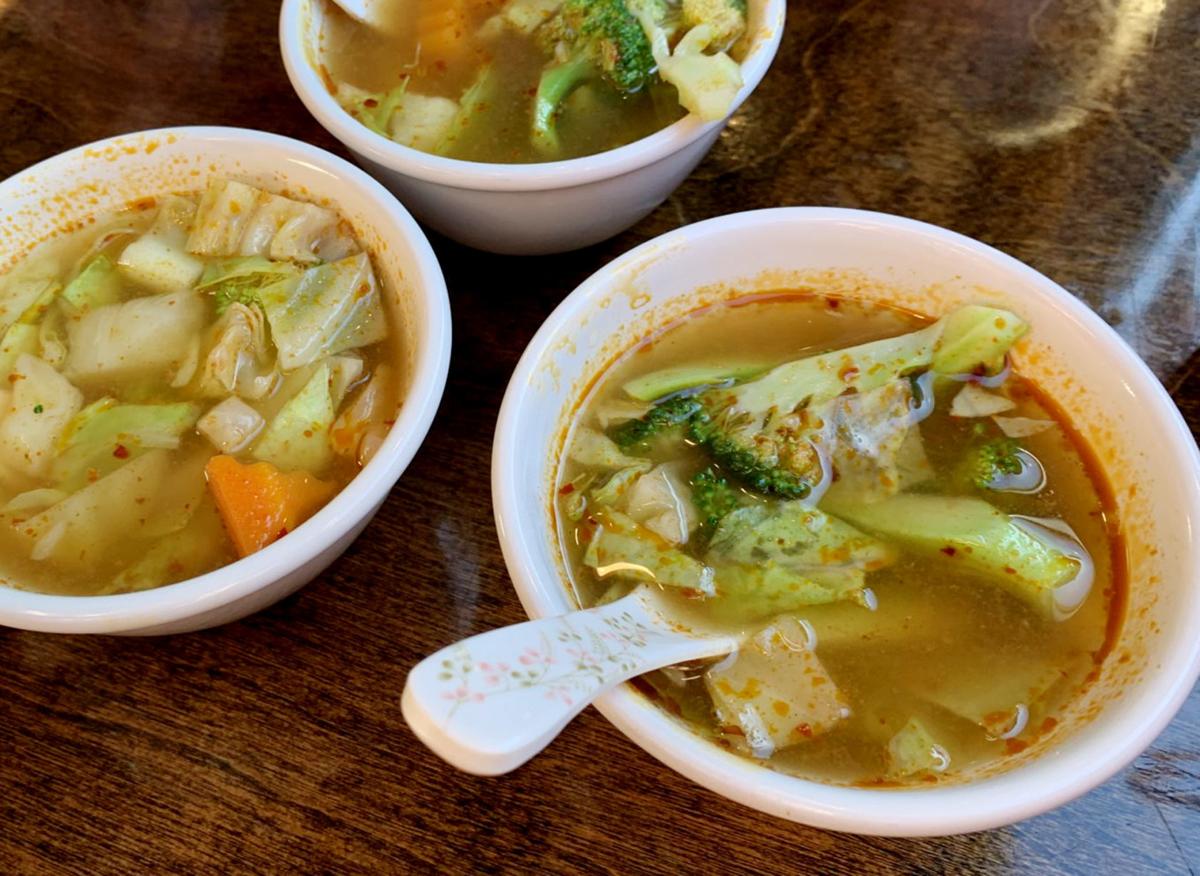 A spicy Thai soup at Siam Thai House takes the chill off a stormy day.

Thus, began the restaurant career of Jaime Gomez, who, with his wife, Daisy, are the new owners of Siam Thai House in Napa, located in an unassuming building in Lincoln Plaza at the corner of Lincoln Avenue and Jefferson Street.

When Gomez began working in his mother’s restaurant at age 13, he was the weekend dishwasher. Across the next 14 years, he worked his way through the ranks, working in the back and the front of the house in restaurants across the Pacific Northwest in Oregon and Washington.

From dishwasher, to every role in the kitchen, to busboy, to server, and now co-owner, Gomez knows restaurants inside and out. He also has experience working with a variety of cuisines, including his native Mexican and Thai.

However, it was Thai cooking that won the heart of Gomez and his wife, who, under the age of 30, are first-time restaurant owners. How Gomez, his family, and his team — chefs Mali Rector and Ptoon Poonsukwattana — landed in Napa is an uncanny turn of events.

Rector and Poonsukwattana, Thai chefs for decades, are well connected in the Thai restaurant community, and knew the previous owner of Siam Thai House. When they and Gomez, a server at the same restaurant in Salem, Oregon, learned that it was for sale, it immediately piqued their interest.

In what would be called a restaurant miracle, all three had the same day off earlier this year and drove to Napa to see the restaurant and sample the food. Within two weeks, after training the staff in Oregon prior to his departure, Gomez and his wife relocated to Napa after having purchased the restaurant.

Gomez himself is a chef, but he realized the tremendous value he had with Rector and Poonsukwattana as longtime, native Thai chefs, so he brought them with him to Napa.

Siam Thai House is a family affair, the combined efforts of Gomez, his wife, and their two children, Rose and Adriel, and Poonsukwattana and Rector, who are husband and wife.

After a brief, two-month closure for remodeling and a kitchen expansion, the restaurant reopened in early June. The staff is small – Gomez, Rector and Poonsukwattana – but they are mighty. Gomez is the hands-on owner, working any of the roles that need to be covered, including being the restaurant’s only server. Gomez has tentative plans to hire another team member in early 2020.

Chefs Rector and Poonsukwattana bring different regional styles of Thai cuisine to Siam Thai House, as Rector hails from the countryside and Poonsukwattana, the city. Gomez and his team revamped the menu and recently added 25 items from both styles.

Always in search of the freshest and most authentic ingredients, Rector shops twice weekly at Oakland and Sacramento-area Thai, Asian, and other farmers markets. On the menu, one finds house-made curries that can be made to any spiciness level – yellow, green, red, Massaman, Panang, Gang Pa, mango, pineapple, and pumpkin (red) – the latter that was originally a seasonal offering. However, because it became both a customer and a staff favorite, it is now part of the permanent menu.

As part of its lunch menu, the restaurant offers a Siam Lunch Combo, which includes two entrées, veggie rolls, jasmine white rice, and a choice of spicy Tom Yum soup or a salad. The entrées and rice are beautifully presented in a red Bento box.

Popular beverages include three Thai beers – Singha, Leo, and Beer Lao – and traditional Thai iced tea and coffee. A meal at Thai Siam house is not complete without a dessert like mango sticky rice, cheesecake egg rolls, or fried banana with ice cream.

All of the dishes are made to order, which means the chefs can customize most of the menu items for those who prefer alternatives like gluten free, dairy free, vegetarian, vegan, and Keto-friendly.

Unlike some Thai restaurants that are closed one or two days per week, Siam Thai House is open, walk-ins only, Monday through Saturday for both lunch and dinner and Sundays for dinner only. It is closed only two days of the year for Thanksgiving and Christmas.

Both take-out and delivery are also available, which makes for busy days for Gomez, Rector, and Poonsukwattana. However, Gomez and the team are happily immersed in their restaurant lifestyle, and committed to providing Napa with a delicious and extensive menu, both in the restaurant or in the comfort of one’s home.

As Gomez asserted, “It’s awesome to see everyone working together as a team with one goal — to serve delicious food to the customer.”

Below is a recipe for green papaya salad shared by the Siam Thai House team.

Pound the garlic and Thai chilies into a paste using a mortar.

Add the dried shrimp and pound until the pieces are broken up.

Add the palm sugar (cut into small pieces), around 3 teaspoons at first.

Add the peanuts and lightly pound until they are broken into tiny pieces.

Add the green beans and crush them with the mortar until they’re splitting and lightly bruised.

Add the papaya and tomatoes and pound them to bruise them. You want to crush the tomatoes, so they release their juices and give their flavor and color.

Consider a balance of tradition with local touches when planning holiday menus.

Eating a plant-based diet one day out of seven will reduce methane emissions from animal husbandry.

Yeehaw Coffee: a 'misfit artist, cowboy persona' creates a jolt of caffeine for the masses, one cup at a time

Sonoma resident Timothy Benton makes his  "Yeehaw" coffee  in a kettle, pot, or pan on a stovetop, unfiltered, and people are buying it at the Farmers Market.

Bento boxes are a lunch-time special at the new Siam Thai House in Napa.

A spicy Thai soup at Siam Thai House takes the chill off a stormy day.