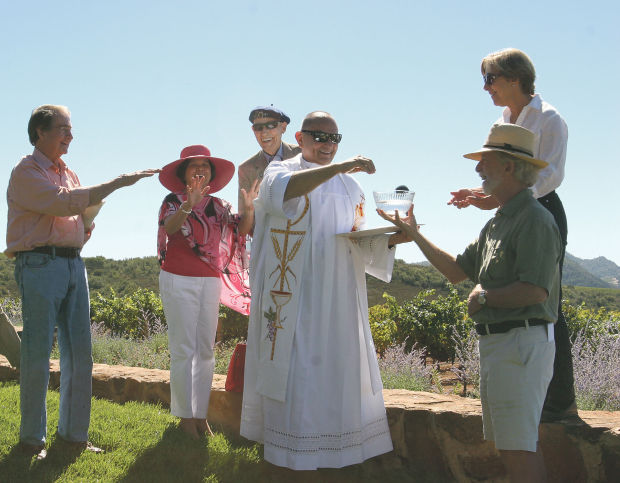 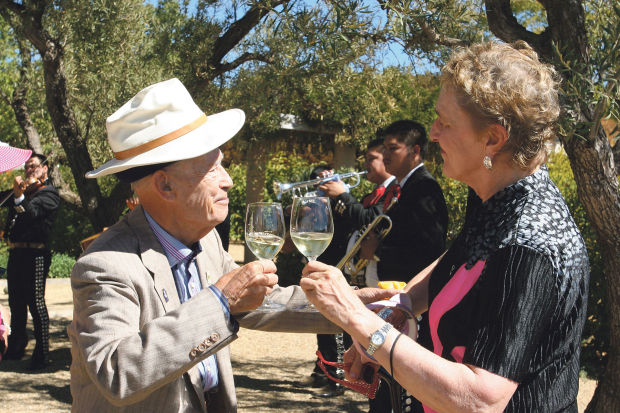 Mike Grgich and Zelma Long toast each other at the Continuum celebration. Grgich and Long, who worked at Robert Mondavi Winery in its early days, came to Continuum to wish good luck to Mondavi’s children and grandchildren in their new endeavor. Sasha Paulsen/Register 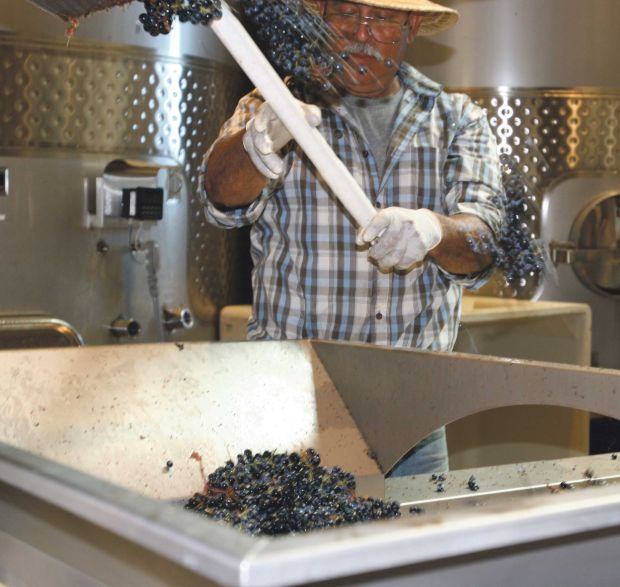 Grapes arrive for the first crush at Continuum winery on Pritchard Hill in the eastern Napa Valley. Sasha Paulsen/Register 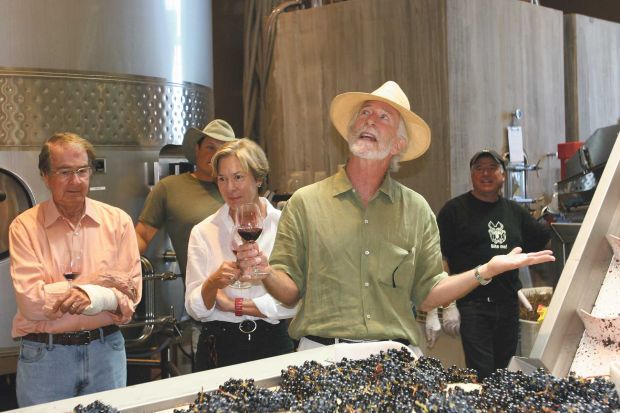 Warren Winiarski added, “I don’t mind telling you that I have goosebumps.”

The two men, who know a little about making history in the Napa Valley, were among the guests as Marcia Mondavi Borger and Tim Mondavi and his children marked the first crush at Continuum Winery on Sept. 16.

Both Grgich and Winiarski had worked for the Mondavis’ father, the late Robert Mondavi, in the early years when he was building his winery and working to put California wines on par with the best in the world — those of the French.

And both Grgich and Winiarski went on to make the wines that would come out on top at the 1976 Judgment of Paris, when Grgich’s chardonnay and Winiarski’s cabernet sauvignon were ranked No. 1 in a blind tasting by French judges of California and French wines.

They came to Continuum, and were there to wish their old boss’s children the best with their new venture, as Father Gordon Kahlil provided a blessing of the grapes — and of the fermenting tanks and sorting table — at the new winery still under construction on Pritchard Hill in the eastern Napa Valley.

“This is a very emotional occasion for me because it was 47 years ago, in 1966, at the new Robert Mondavi Winery that I was privileged to be the first winemaker for the blessing of its first grapes,” said Winiarski, who went on to found Stags Leap Wine Cellars.

“Everyone knows that the first day of crush in a new winery does not always work in the way it is supposed to work,” he added. “Some might say be prepared for it to never work exactly the way you thought it would. But that’s all right — we adapted and I see that you adapted with great success to the reality of a new process.”

Winiarski quoted Thomas Jefferson, a wine enthusiast 200 years ahead of his time, who had predicted that “We could, in the United States, make as great a variety of wines as are made in Europe, not exactly of the same kinds, but doubtless as good.”

Grgich, who went to work for Robert Mondavi in 1968, recalled the drive and energy of the man who would have turned 100 this year. “Every year, it was a new thing we were testing,” he said. “And every Monday we would taste wines, ours against the French. Always his goal was to make wines as good as the French. But,” he added with a grin, “as it turned out me made wines that were better.”

Grgich said he saw in Tim Mondavi the same drive and enthusiasm for innovation that had characterized his father. “The quality of wines in the Napa Valley is in good hands,” he said.

“I want you and your family to know that the success I was wishing for back in 1966, I am wishing for you today,” Winiarski concluded, “ And I want to express my sense of high expectations for the continuing achievement that will be the result of this new beginning for the Mondavi family in its Continuum endeavor.”

The vision for Continuum is to make one wine from estate grapes, that can rival the great First Growth wines of France. Tim Mondavi joined his father’s winemaking team in 1974 and became director of winemaking in 1976, a post he held until 2004. He and Marcia Mondavi Borger share oversight of Continuum, assisted by their children.

Tim Mondavi, too, looked to the past as he talked about the legacy of his father and grandfather, Cesare Mondavi, who launched the family into the wine business. He quoted Isaac Newton who said “If I have seen further it is by standing on the shoulders of giants.”

How to keep your houseplants alive in fall and winter

How to keep your houseplants alive in fall and winter

Mike Grgich and Zelma Long toast each other at the Continuum celebration. Grgich and Long, who worked at Robert Mondavi Winery in its early days, came to Continuum to wish good luck to Mondavi’s children and grandchildren in their new endeavor. Sasha Paulsen/Register

Grapes arrive for the first crush at Continuum winery on Pritchard Hill in the eastern Napa Valley. Sasha Paulsen/Register