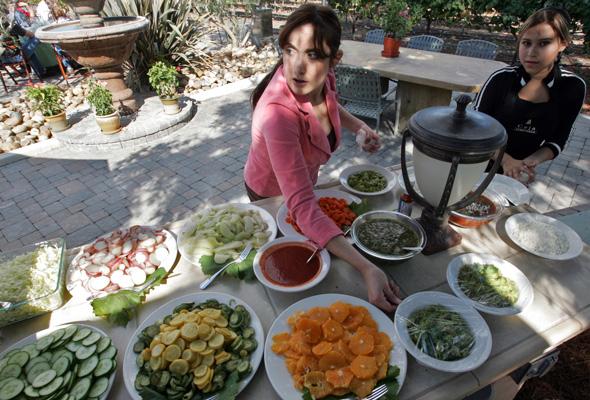 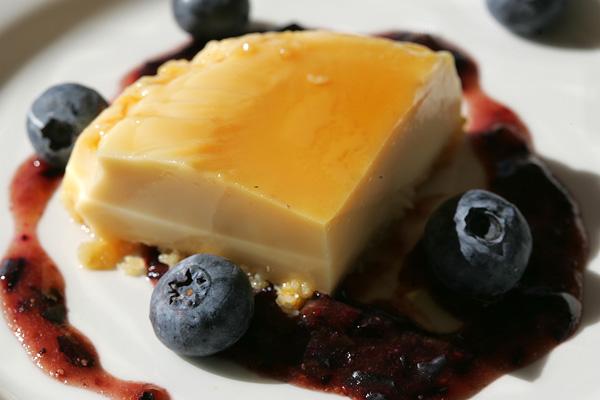 “It’s one of my favorite dishes in the world,” Amelia Ceja declared as she surveyed the spread at the family winery’s new tasting headquarters in Carneros.

There, on a perfect autumn afternoon, 24 young food and wine professionals were gathered around the outdoor kitchen where the Ceja family had set out all the fixings for tostadas in what one guest called “a serious spread.”

Amelia, the petite and tireless president of Ceja, explained that this feast was the creation of three generations of Cejas, who’d been at work all morning in the winery kitchen. Putting the final touches on the lunch were Amelia’s mother-in-law, Juanita;  her sister-in-law, Mónica Ceja; and her son, Ariel — the new general manager of Ceja enterprises — along with a hard-working member of the Ceja team, Mónica Casillas. Pedro Ceja, Amelia’s engineer husband, was pouring wines. Amelia’s mother had earlier made somewhere between 130 and 140 tortillas, frying them crispy  “in just a little olive oil.”

The lunch was just one stop for those taking part in Cru Carneros, a 24-hour wine immersion sponsored by the Carneros Wine Alliance. It’s the second year the group invited “the next generation” of sommeliers and others from the industry to leave their restaurants, shops or wine bars and spend some time in the vineyards and wineries, trying out their winemaking skills. The event had begun the night before when previous participants gathered to taste the wine they’d made in 2005.

Early Monday morning, the new group was out in Hyde vineyards, harvesting their own pinot noir grapes. Larry Hyde drove the ton of grapes they’d picked to Havens Winery, where the participants watched their grapes go through the destemmer — something Kirby Banta, beverage manager for the Carneros Inn, described as “an adult Willy Wonka deal.”

The group got a taste — literally — of the kind of decisions winemakers face. Working with winemaker Michael Havens, they had to decide whether the wine they would make from their grapes would use cultured yeast or “yeast as we find it,” depending on the wild yeast naturally present to fully ferment the wine. “If you want to do something radical,” Havens told them, “non-inoculated is the way to go.” They went with the wild. They also had to decide whether to use 1, 2 or 3-year-old barrels, which necessitated a tasting of wine being aged in these different barrels.

“It gives you a great impression of how really difficult it is to make great wine,” said Rose Krieg, the assistant general manager and wine buyer for Julia’s Kitchen at Copia.

This group will monitor the progress of their wine throughout the next year as it ferments and is bottled, and they will gather a year from now to taste the fruits of their decisions in their wine.

“We’re very serious about this program,” said Phyllis Gillis, director of the Alliance who noted that the participants are “hand-selected” to participate in the free program. “We believe we have a responsibility to educate the younger generation of wine professionals into the process.”

At lunch however, the most difficult decision they had to make was what to put on their tostada from the bountiful array beneath the Cejas’ olive trees. The Cejas just recently transformed a 90-year-old cottage adjacent to their vineyards into this new reception space and tasting room “all in the style of Mexico,” Amelia explained. Pedro designed the gardens, she said. “He is so creative.”

The meal began with a salmon ceviche served on endive. “I highly recommend this with a red wine,” Amelia suggested. It is, indeed, a splendid pairing.

The showpiece however was the tostada makings. The Cejas had added a colorful assortment of vegetables and fruits to augment the standard tostada fixings of refried beans and meats — in this case, a Pollo en Mole,  shredded chicken and caramelized onions in a subtle mole sauce, and Picadello de Res, slow-cooked shredded beef with onions, tomatoes and dry pasilla chiles. Lightly steamed carrots, potatoes and squash, and sliced fresh cucumbers, oranges and chayote, a gourd-like fruit, were among the choices, along with guacamole, green and red salsas, Mexican fresh cheese and creme fraiche.

“It’s all about what you want to put on it,” Amelia explained to the gathered group who also listened to a panel discussion with chefs Pablo Jacinto from Cindy’s Backstreet Kitchen, Kimball Jones from the Carneros Inn and Annalien, chef and owner of the popular Vietnamese resturant in Napa of the same name.

Dessert was a flan, a Spanish version of creme caramel, in which the milk and eggs — Amelia adds an almond infusion to hers — is poured into a baking dish that has been coated in caramel. The baking dish is placed in a “baño Maria,” a larger dish with water, and placed in the oven. To serve it, Amelia flipped it out of its dish in front of the enthusiastic lunch group. It was accompanied by a blueberry salsa.

Part of the learning experience of the lunch was to explore wine pairings of the meal with wines from Carneros vintners. “Carneros wines are so subtle, so well-balanced, they pair so well with food,” Amelia noted.

It did appear, however, that the main focus of this learning experience was enjoyment of food, wine and company, but then, isn’t that an essential element, really, in this field?