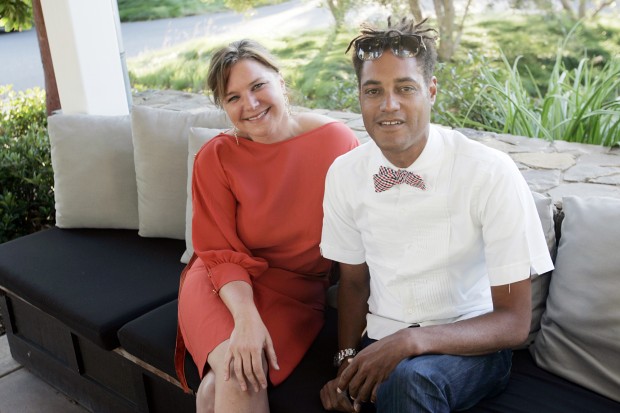 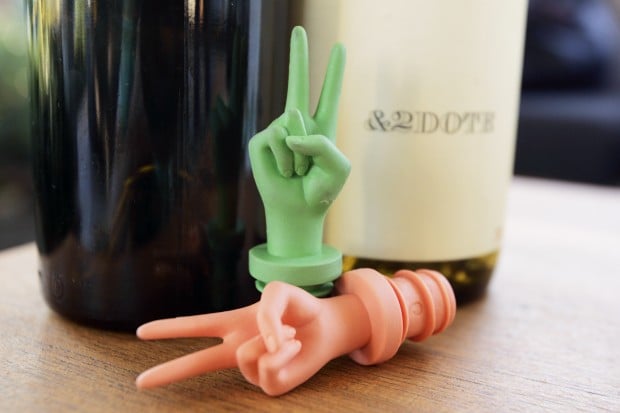 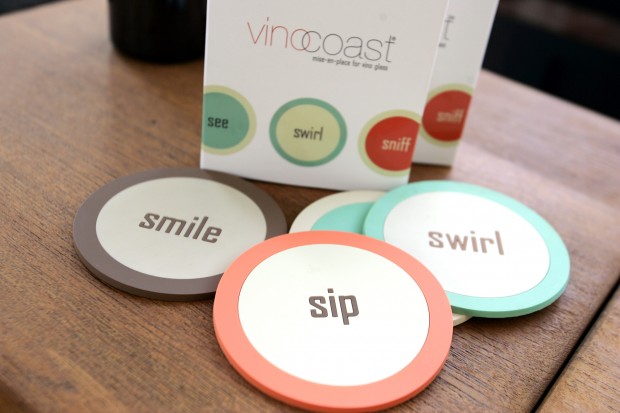 Jennifer Amis, co-founder and CEO of a product line of trendy wine accessories for Millennials and generation x’ers called “Spit Bucket,” understands her target market. There’s no spit bucket yet in the product line — that’s still to come — but there are wine stoppers, wine and cocktail coaster sets, and a party game called “Vinodote” that’s equal parts wine education and entertainment.

It’s been a few years in the U.S. since wine consumption passed beer consumption, Amis said, “but if you take a look at wine accessories, they’re somewhat dated and clichéd.”

She and her business partner Michael Roché, Spit Bucket’s co-founder and creative mastermind, “wanted to create something we would feel comfortable using at home, that reflected our lifestyle,” and that of those in the 21- to 50-year-old range.

Amis, 39, said she fell in love with Napa on her first visit several years ago, after stays in New York City, Washington D.C. and Greece, because she felt comfortable with the “cosmopolitan in the country” vibe that Napa represented.

At the time, she was here visiting a friend who’d become involved in the wine and hospitality industry.

Attending a Cinco de Mayo party, Amis found herself surrounded by what she calls “interesting people from all over the world,” drawn together by their love of food and wine.

At the time, she was headed to Greece for a sojourn that turned into a yearlong stay. But she was so struck by Napa that she thought, “If I ever come back to the States, this is it — this is where I want to be.”

And return she did. In 2005, Amis moved to Napa, where a year later, playing bocce in St. Helena, she befriended Michael Roché, the team captain, a major branding expert in the area.

Together, they started putting together what she calls a “drink tank” — for its pun on “think tank” — a group of wine industry professionals, all from different segments of the industry, each entrepreneurial and forward-thinking, who could talk about industry trends and their shared desire to make wine “fun and approachable.”

Amis knew she wanted to work in the wine industry — but, within that, wanted to do her own thing. The CIA’s wine program built up her self-confidence, she said, and encouraged her to think that “wine can be really fun — it doesn’t have to be intimidating.”

The Vinodote wine-tasting game, which sells for $11.99, is a great example of that spirit. Billed as an “anecdotal drinking game,” the game — to be played at parties — encourages players to learn about the wine they’re drinking, while making up fun stories about the wine that help them remember its qualities, in response to guided suggestions on the cards.

A list of each grape varietal’s aromas and flavors is included, but so are opportunities to form a story around a camping trip, a blind date, a road trip, a Super Bowl party and many more scenarios.

The sets of six coasters come in two varieties, wine and cocktail, and riff off the five “S’s” of wine-tasting, adding one more: “See,” “Swirl,” “Sniff,” “Sip,” “Savor” and “Smile.” (That’s the Vinocoast set of wine coasters.)

The cocktail coasters proclaim “Rocks,” “Dirty,” “Twist,” “Salt,” “Neat” and “Dry” instead. And their hottest seller, the wine-bottle stopper — a “green” product made from recycled materials, a plastic/rubber polymer — comes in “Spit Bucket orange” and “peaceful green.” It’s shaped like a human hand, offering up a familiar, two-fingered “peace sign” salute.

Spit Bucket is wholesale only at the moment, selling its products in Napa and Sonoma counties, and starting Aug. 19, at Gilt Taste, an online retailer offering “hard-to-find artisan foods.”

Locally, the products are available at Conn Creek winery, Cline Cellars, V. Sattui, the Carneros Inn, and Cake Plate in downtown Napa, among others. They’re seeking to expand nationally as well, to be sold at gift boutiques and places that specialize in home décor.

The products prices range from $5.99 for the peace-sign wine stopper, to $11.99 for Vinodote, the wine-drinking game, to $19.99 for the set of six wine or cocktail coasters.

Spit Bucket, Inc. sells wholesale to wineries and gift boutiques in Napa, Sonoma and nationally at gilttaste.com (as of Aug. 19).

How to ditch a song that's stuck in your head

How to ditch a song that's stuck in your head

NapaStat | $275,000: That's the price of the least expensive home sold in Napa County in May. The house is located at 2656 Harness Drive in Pope Valley.

Check out Napa County's least expensive home sold in May. Located at 2656 Harness Drive in Pope Valley, the house sold for $275,000.

Visit Napa Valley: Sustainable travel is key to our valley’s greener future. Read on for more.

Savings tips for newbies, experts and everyone in between

Also, check out more of this week's best money tips from the experts and information on how the child tax credits starting in July could affect your family.

Napa's The Perfect Provenance: Shopping and something to 'smile' about

New downtown Napa retailer The Perfect Provenance offers shopping plus something special to "smile" about.

Biz buzz: Who's the next leader of Napa's Queen of the Valley Medical Center? Click here to find out.