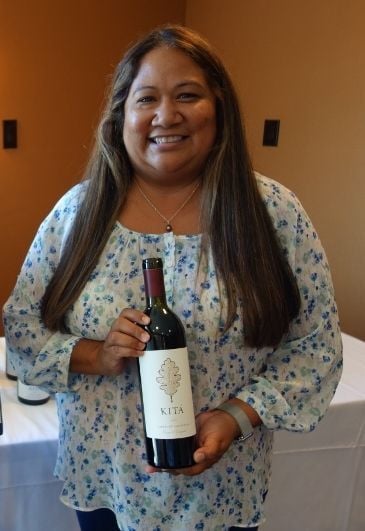 Tara Gomez is winemaker for the Santa Ynez Band of Chumash Indians. 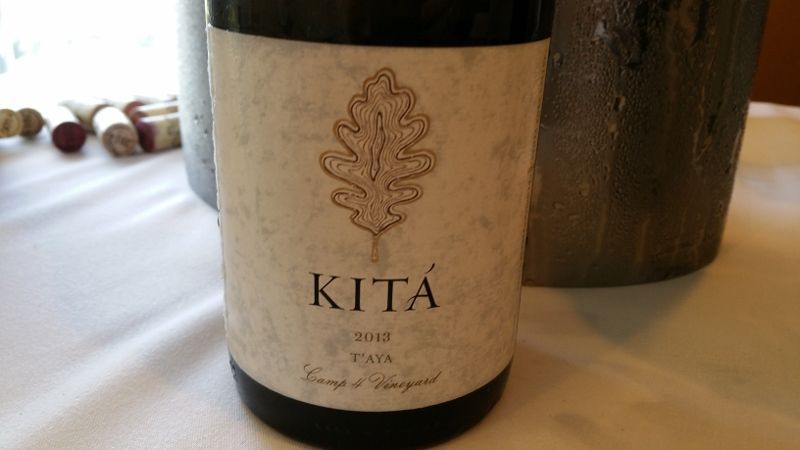 The Kita 2013 T’aya Rhone Blend is one of the wines Gomez makes.

Tara Gomez fell in love with the aromas of wine the first time she stepped into a winery as a child.

Growing up in the Santa Ynez Band of Chumash Indians, Gomez was raised in the heart of wine country. With a scholarship from her tribe, she studied enology at California State University, Fresno and was one of two women who graduated in 1998.

She went to work as an enologist at Fess Parker Winery before moving to Paso Robles to be the enologist and lab manager at J. Lohr Vineyards and Wines for nine years. She then moved to Spain for two years where she learned traditional styles and studied winemaking in the Pyrenees.

In 2010, the Santa Ynez Band of Chumash Indians purchased a large piece of land called Camp 4 Vineyard. Camp 4 Vineyard, named so as it was the fourth stop when traveling by stagecoach from Santa Barbara up the El Camino, is 1,400 acres, of which 256 acres are planted with vines.

The 19 varietals planted in the vineyard were planted by Fess Parker in 1999. Surrounded by oak trees, Camp 4 Vineyard is a spiritual place. There is a mesa that sits above the vineyard with a special rock that represents the Chumash Tribe.

With more than a decade of experience at the time, Gomez was hired by her tribe to make their wine, making her the first recognized Native American winemaker in the U.S.

The wine is called Kita, which means “our valley oak” in the Santa Ynez Chumash native language of Samala. Native American culture embraces the earth and Gomez says her wines represent the spirit of the Santa Ynez valley and the gifts from Mother Earth.

“Having a natural connection to land makes being a winemaker an obvious choice,” she explained. Her understanding of the land, the soils and the grapes allows her to find balance in the vineyard and in the wines and express the terroir and purity of each varietal.

Gomez is driven by passion and yet still finds challenges in being a female winemaker. With women making up only 10 percent of winemakers in California, Gomez explains that you have to be confident in what you believe and have to always prove yourself.

She has also overcome challenges within her tribe where many still saw her as a child. But, it is changing, she says. Gomez has been making Kita Wines for five years, and, this year for the first time in a long time, there is a woman on the tribal business committee. In addition there are other tribes starting to make wine but at the current time, Kita Wines is the only tribal winery in Santa Barbara.

Gomez said she is happy to be in Santa Barbara County but every year after harvest, she heads out on vacation to other wine regions, such as Burgundy, Spain and Germany, to learn more, to explore and to get feedback. As she continues her education and making the most balanced wines she can, she is also focused on connecting her tribe with the brand, continuing the important lessons of tribe and heritage and of the balance between land and man that is taught from generation to generation.

Study: Access to nature is linked to improved mental health

Study: Access to nature is linked to improved mental health

Tara Gomez is winemaker for the Santa Ynez Band of Chumash Indians.

The Kita 2013 T’aya Rhone Blend is one of the wines Gomez makes.