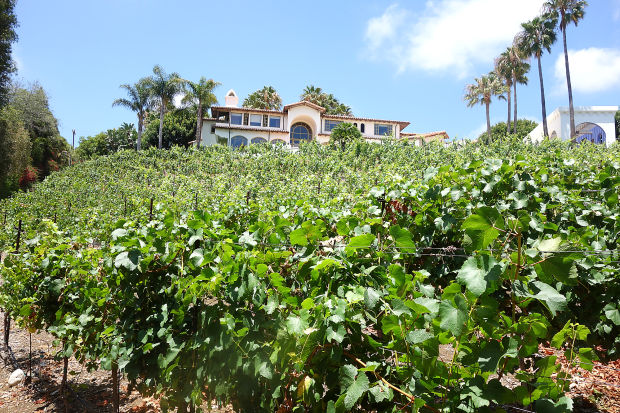 More than 50 independent vineyards are planted in the new AVA. 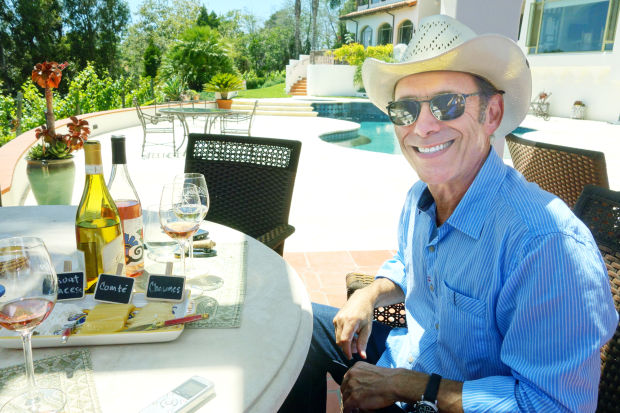 Elliott Dolin is part of the original team that petitioned the federal government in 2011 for the Malibu Coast AVA. 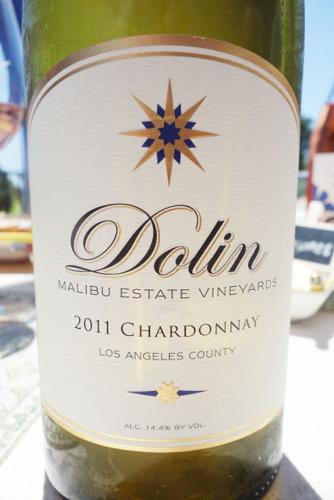 Dolin Malibu Estate made their first wine in 2009. 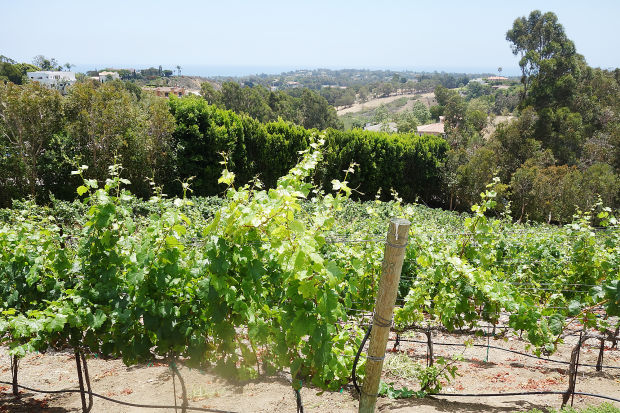 MALIBU — Most likely, when you think about Malibu, vineyards are not what come to mind. Beach mansions filled with celebrities or surfers riding the waves are more typical images. However, tucked into the Santa Monica Mountains is one of Southern California’s best-kept secrets — the vineyards of Malibu.

Due to the hidden hills and remote canyons, it is possible to drive through the mountains and never see these vineyards. But from one-half acre backyards to thousand acre estates, there are more than 50 independent vineyards in the area today. And, with the imminence of Southern California’s newest American Viticulture Area, the Malibu Coast AVA, it is finally time that Malibu’s soil and climate are recognized as unique in their ability to grow wine grapes of distinction.

Elliott Dolin was part of the original team that petitioned the federal government in 2011 for the Malibu Coast AVA.

Grape growing in Malibu is known to date as far back as the 1800s, he said. During Prohibition, all of the vines were ripped out. Subsequently, between fires, the rising cost of land value and the growth of the wine industry in Northern California, no one saw fit to start planting vineyards in Malibu again, until 1985.

In 1985, Michael McCarthy planted the first modern vineyard, 2 acres of grapevines planted on a steep terraced hillside around his home in Malibu, and called it the Malibu Vineyard. In 1987, Los Angeles businessman George Rosenthal planted vineyards on his 250-acre Malibu property and today has 32 acres of hillside vines to produce Rosenthal, the Malibu Estate.

A decade later, in 1997, the Semler family planted 14 acres of cabernet and merlot, and today they are the largest single vineyard in Malibu with 60,000 vines on 65 acres with eight varietals planted to produce Semler and Saddlerock wines under Malibu Family Wines.

Many of the wines have Malibu in the name so that they could get it on the label. Due to label regulations, to date, the Malibu wineries were required to put Los Angeles County or California as the AVA on the label. “We all wanted to use the name ‘Malibu’ because that was the only way we could link our wines and identify with Malibu. We might have called ourselves Dolin Wines or Dolin Family Vineyards but we chose Dolin Malibu Estate Vineyard to establish that sense of place,” Dolin explained.

Elliott Dolin first planted his vineyard in 2006. He and his wife bought the property, which had been in foreclosure in 2001, and began remodeling it. They had to make a decision with regards to landscaping an untended slope beyond the pool. When the landscaper suggested a cutting garden, Dolin thought “we could have tea and crumpets and sit in the cutting garden and pay lots to maintain it. Or, what else could we do?”

Noticing the presence of vineyards in the area, and being a wine collector himself, Dolin thought, why not? “Aesthetically, there is nothing nicer than looking out at a vineyard,” he said. So, they planted 900 vines of 100 percent Dijon clone of chardonnay on just under 1 acre overlooking the Pacific Ocean.

Dolin had three goals when they planted their vines. They wanted to produce a wine they liked; they wanted a wine they would be proud to serve to friends; they wanted a wine that could be of a quality that they could sell. Dolin Malibu Estate made their first wine in 2009 and won a Silver Medal at the San Francisco Chronicle Competition, in the same $35-$40 class as Rombauer, Trefethen, Cakebread. With a Silver medal in their maiden vintage, the impetus was there to take it to another level. In 2010, the Dolins hired winemaker Kirby Anderson, formerly of Gainey Vineyard in the Santa Ynez Valley. Since 2009, when they produced 105 cases, production has more than doubled, with 210 cases in 2011.

Malibu Coast isn’t the first AVA in the area. In 1996, George Rosenthal applied for the Malibu-Newton Canyon Valley AVA. Only Rosenthal’s vineyards fall under this AVA. In 2006, Ron Semler applied for the Saddle Rock-Malibu AVA. In addition to Malibu Family Wines, Cielo Farms is also part of the Saddlerock Malibu appellation. Both of these AVAs will continue to exist within the new Malibu Coast AVA.

The Malibu Coast AVA had been approved by the TTB and the AVA was officially signed off by the Treasury Department on July 18, 2014.

Soon, you will start seeing Malibu Coast AVA on the labels of wines made from grapes grown in Malibu, as well as grapes grown as far north as Oxnard, as inland as Newbury Park, as east as the Hollywood Hills and as south as Santa Monica.

Allison Levine is a Los Angeles-based writer and event planner. Read more of her work at PleaseThePalate.com.

The word “icon” is an oft-overused term that has resulted in its devaluation. But underneath the buzz, there is a such thing as an “iconic wine.”

Here's why decorating for fall might actually make you feel happier

PennyWise Episode 79: An expert answers: How much money do you need this year?

PennyWise Episode 79: An expert answers: How much money do you need this year?

Ways to reduce energy costs when working from home

Ways to reduce energy costs when working from home

More than 50 independent vineyards are planted in the new AVA.

Elliott Dolin is part of the original team that petitioned the federal government in 2011 for the Malibu Coast AVA.

Dolin Malibu Estate made their first wine in 2009.