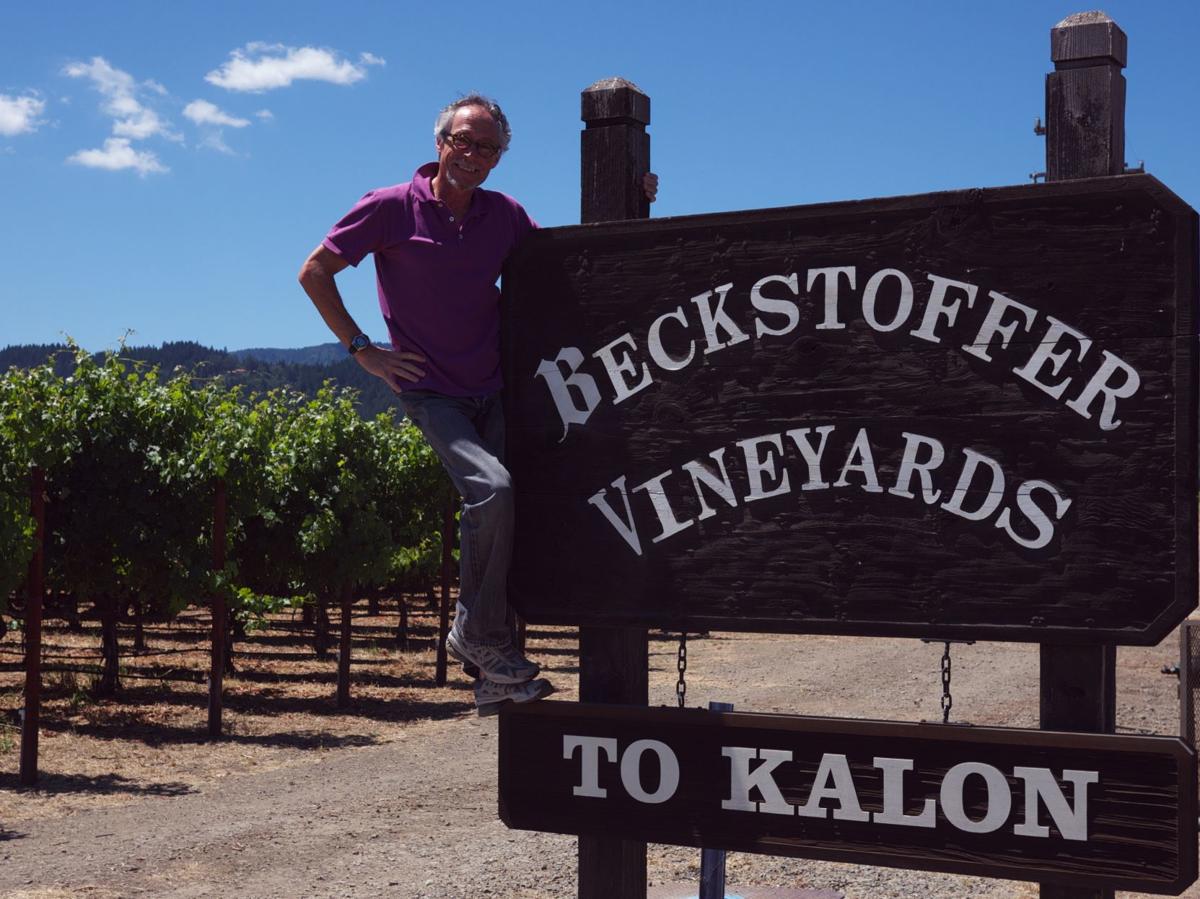 TOR Wines is a culmination of experiences Tor Kenward collected over decades of rubbing elbows with the best winemakers and growers of Napa Valley. 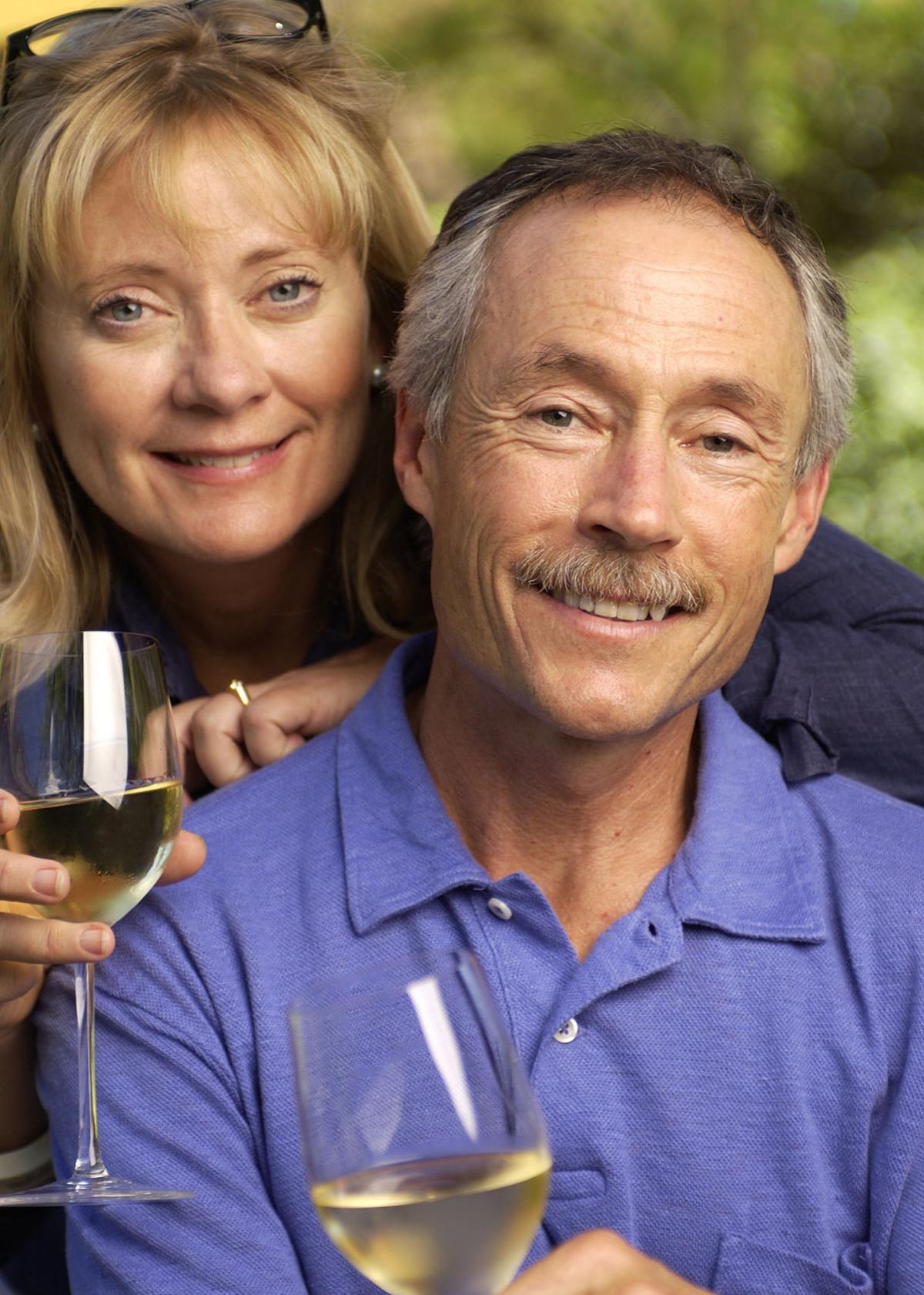 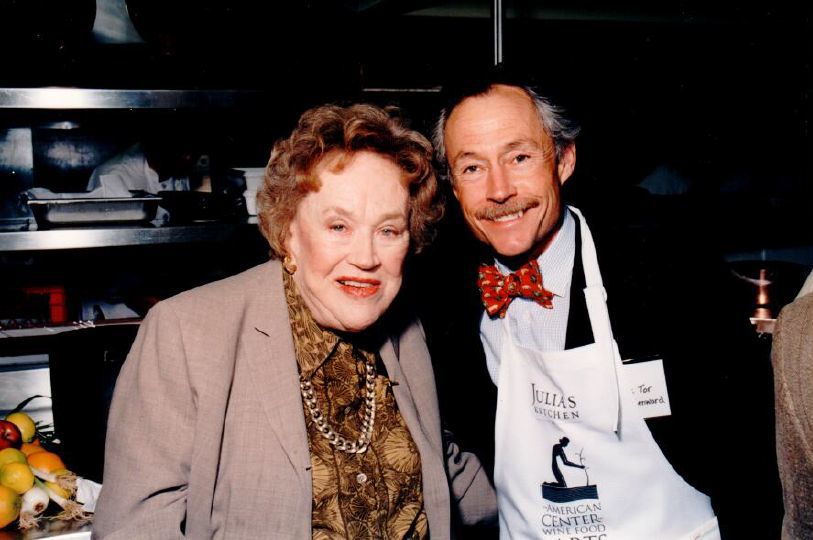 Tor Kenward and Julia Child, one of the chefs he brought to the cooking series he established at Beringer Winery.

Throughout his 26-year career as vice president of Beringer Vineyards, Tor Kenward not only witnessed Napa Valley transform into a world-renowned wine region, but he also played a small, yet significant role in its evolution.

His name might not grace the history books a la Robert Mondavi, but Kenward was right there alongside Napa’s most notable pioneer through the 1970s, ‘80s and ‘90s, pushing the industry for better wines and hospitality that matched the great regions of Europe.

After retiring from Beringer in 2001, the last 19 years of Kenward’s wine career have been spent pursuing something he’s been dreaming about since he first arrived in Napa: his own wine label. TOR Wines is a culmination of experiences Kenward collected over decades of rubbing elbows with the best winemakers and growers of Napa Valley and abroad — and it all pays off in the bottle.

Everyone has a unique story for how they got into wine. For Kenward, he was running a jazz club in Southern California after returning from Vietnam. At the club, he met the owner of several wine shops, who introduced him to some of the finest wines of the world. Recalling those days, Kenward said, “I turned into a total nutcase.”

The wine shop owner sent him up to Napa Valley to buy some wines. It was the mid-1970s and it was a different scene from the wine country we know today. “You did two to three wineries a day and everybody knew everybody. There were no destination restaurants, no hotels,” said Kenward. “If I had a little bit of money, I stayed at the El Bonita. If I didn’t, I stayed at the campground. Most of the time I just pitched a tent at Bothe Napa.”

But in spite of more often than not sleeping on the ground, he was hooked. “At that time, I was reading every book and taking classes, I was just totally a true, absolute, 100 percent, bonafide wine geek.”

In 1977, Kenward came up north to run the Bay to Breakers race in San Francisco and applied for jobs while he was in the area. He was hired as a tour guide at Beringer and then proceeded to climb the ranks at a pace that would be virtually unheard of today. Calling it “pure luck,” he said, “I came up, started doing tours, made some friends, and within two years I was vice president.”

From the beginning, Kenward’s focus as vice president was to evolve Beringer’s reserve program. “What I was really interested in is where do we go to become closer to Mondavi as a winery that people respect and has an upper end to it?” he said.

A major part of achieving this goal was travel. “They used to say that Tor is the vice president of all the fun,” Kenward laughed. “Every year for the first half dozen years or so, I’d go to Europe and write my own schedule. It was pretty much carte blanche to the best and greatest wineries. I was there to understand what makes the great wines of the world, what does it take, what’s the mindset, what are the winemakers looking for?”

He remembers his first trip to Europe, as they say, like it was yesterday. Until then, he hadn’t traveled beyond the Pacific Northwest. “I cried,” he said, recalling landing in Paris and realizing that the city was older than any place he’d been to his entire life.

The next day, he drove to Moët Chandon, stayed in a castle and enjoyed luxurious meals that lasted hours on end. When they did finally wrap up, he was offered his first cigar and remembers choosing the biggest one from the box.

“Here’s this guy who grew up with a lot of books, but not a lot of culture. I’m driving in my car, down to Loire for my next meeting. I’ve got this huge Churchill cigar, the windows are down, and I have the map in my lap of where I’m supposed to be. I’d never driven in Europe before, but I was the happiest guy on the planet,” said Kenward.

“When I got back to California I thought, ‘I’m going to do everything I can to change this whole concept of wine and hospitality.’ It’s essential if we’re going to evolve and be a world player.”

And he did. Kenward started a cooking series at Beringer, bringing out chefs from all over the U.S., like Julia Child (who became a good friend) and Alice Waters. He started Beringer’s School for American Chefs, a scholarship program for professional chefs that lasted almost a decade. In the ‘80s, he hired a young East Coast chef named Gary Danko as executive chef of Beringer. Years later, Danko went on to open up the Michelin-rated Fisherman’s Wharf restaurant, Gary Danko.

The winery had also paid for Kenward to go back to school to study viticulture and winemaking. Decades later, he was finally able to put it into practice with his wife Susan, fashioning his wine label completely after the Burgundian business model.

“The business model of the wine industry in Napa really resembles Burgundy more than Bordeaux. You throw the varieties out and look at how focused we are on this block or that place, and that’s really what Burgundy is all about,” he said.

“I wanted to focus back again as I had with Beringer in the ‘70s on single-vineyard wines, which I think has really defined Napa’s great wines. The greatest challenge a winemaker has is defining a vineyard, a small piece of land, in a single year..”

TOR produces six small-production, single-vineyard Cabernet Sauvignons, sourcing from the top blocks within premium sites throughout Napa Valley. This includes Andy Beckstoffer’s To Kalon, Vine Hill Ranch and Tierra Roja in Oakville, and Melanson on Pritchard Hill. The relationships he built over the years at Beringer have come in handy in securing these coveted rows of vines.

Kenward’s Chardonnay style is also inspired by Burgundy. The winemaker’s intervention, including lees stirring and batonnage, is minimal, the wines are naturally and barrel fermented with natural yeasts, and then bottled unfiltered and unfined.

And while barrel-fermented Chardonnay is the norm today, that wasn’t always the case. “When I came to Napa, Chardonnay was nowhere near as popular as it is now. Most of the Chardonnays that were popular were steel-fermented and put in a barrel. But in Burgundy, I’d sit down and talk to the winemakers, and this barrel fermentation thing is what they stressed,” said Kenward, noting the added complexity derived from barrel fermentation.

Kenward convinced Beringer to start with a small production fermentation program for chardonnay using French oak barrels and distributed a newsletter he wrote on the subject to his industry peers, based off a research paper by Dr. Singleton at UC Davis. Slowly, the industry started to shift its perspective.

Despite Kenward’s single-vineyard focus, TOR winemaker Jeff Ames convinced him to try something a bit more radical in recent years. Ames previously worked for Thomas River Brown, whom Kenward initially hired for TOR, and then fully took the reigns of the project in 2003. In 2016, Ames had the idea to co-ferment blocks of Cabernet Sauvignon and Petit Verdot from Vine Hill Ranch. The blend would work out to 60 percent Cabernet and 40 percent Petit Verdot.

“This was some serious money and stuff,” he said, but a couple of winemaker colleagues convinced him he might just want to try it out.

“So we did it and it turned out to be one of my favorite wines of the vintage. It integrated the Petit Verdot in a way I could have never imagined,” he said. “[Petit Verdot] was always too much of a hard element that didn’t accept Cabernet at more than 3-5 percent at best. But this co-fermentation changed everything. It integrated all of those tannins in a way that I went, ‘Holy shit, this is cool.’”

Forever a trailblazer, Kenward and Ames have continued to experiment with high-quality and high-percentage co-fermentations, including a Cabernet Sauvignon and Cabernet Franc blend. “I just can’t help but feel we’re going to see more of this with people who are tasting these wines,” he said.

Happy Hour has evolved into so much more than half-priced margaritas at the swim-up pool bar on your Mexico vacation. The ultimate act of self…

Microgrids: The future of business and farming

Wine escapes: curl up with a book

A novel of World War II in Burgundy, and a book that explores "godforsaken grapes.' Take you pick if you need a good wine escape.

Jess Lander shares some of her dining favorites, including her vote for best burger in the valley.

What set out to be a winery exploration trip in South Africa was upended by a COVID-19 lockdown for writer Jess Lander.

This makes you more vulnerable to Covid-19

Experts doubt vaccine will be ready by Election Day

Experts doubt vaccine will be ready by Election Day

TOR Wines is a culmination of experiences Tor Kenward collected over decades of rubbing elbows with the best winemakers and growers of Napa Valley.

Tor Kenward and Julia Child, one of the chefs he brought to the cooking series he established at Beringer Winery.