For Stephanie Force, finding a birth control method that she likes and can get without paying out-of-pocket has been a struggle, despite the Affordable Care Act’s promise of free contraceptives for women and adolescent girls in most health plans.

The 27-year-old physician recruiter in Roanoke, Virginia, was perfectly happy with the NuvaRing, a flexible vaginal ring that women insert monthly to release hormones to prevent pregnancy. But her insurer, Anthem, stopped covering the branded product and switched her to a generic version in early 2020. Force said the new product left her with headaches and feeling irritable and short-tempered.

After talking to her OB-GYN, Force tried an IUD. But that made her feel worse: She had bad cramps, gained 10 pounds and developed severe hormonal acne. Plus, she was charged $248 for an ultrasound her provider used to guide the insertion of the device, a charge she successfully fought.

Force also considered a couple of birth control products approved in recent years: a non-hormonal vaginal gel called Phexxi and a vaginal ring called Annovera that can be used for a year. But Phexxi isn’t covered by her employer health plan, and she would owe a $45 copayment for Annovera.

Despite the ACA’s guarantees of free contraception coverage, Force’s experience illustrates that even for women whose health plans are subject to the law’s requirements, obtaining the right product at no cost can be onerous. New types of contraceptives aren’t automatically incorporated into the federal list of required methods that insurers use to guide coverage decisions. In addition, some health plans continue to discourage use of even long-established methods like IUDs by requiring providers to get approval from the plan before prescribing them.

Consumer advocates who have studied the issue say a process is spelled out in federal rules for women to get the contraceptive they need, but far too few people know that is an option. 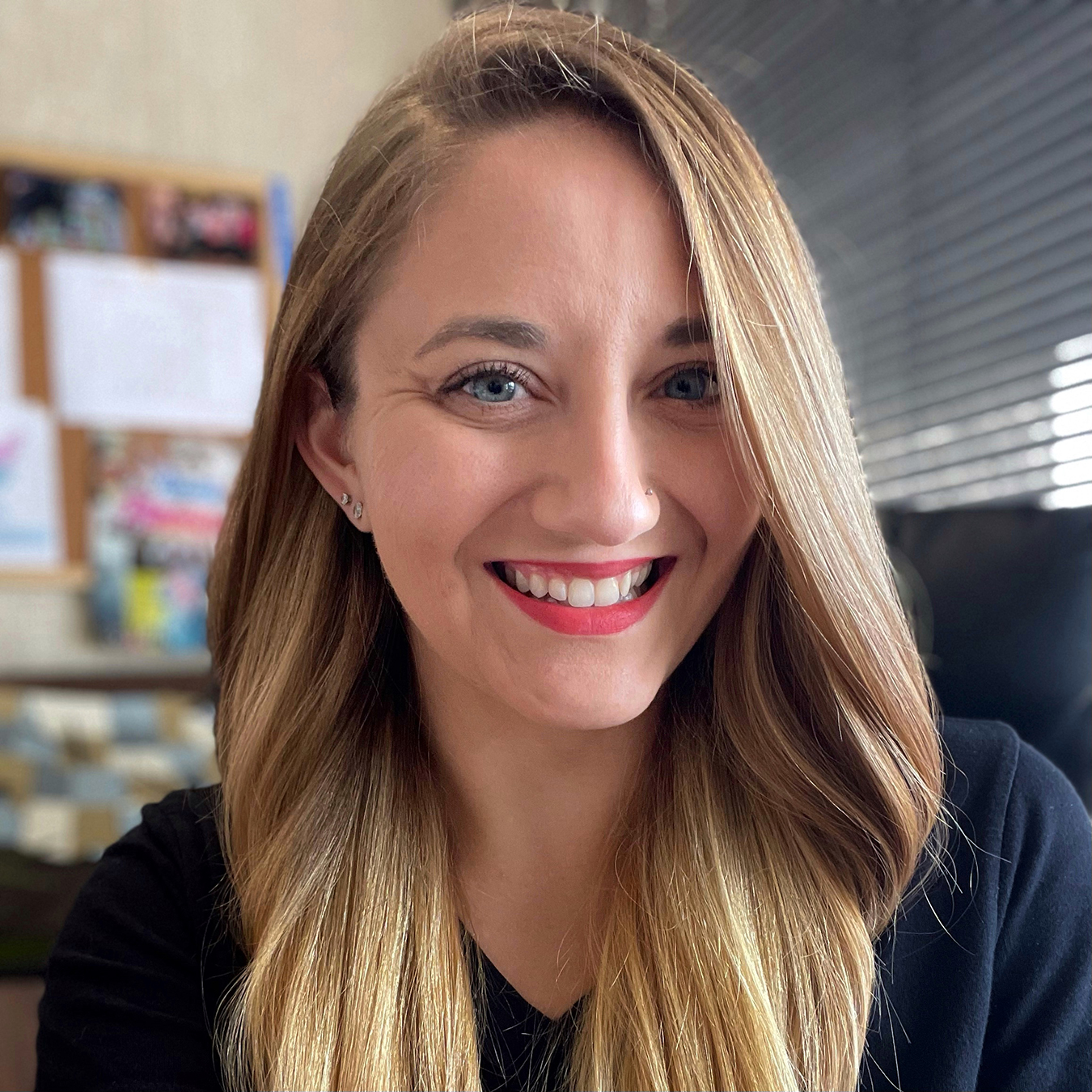 Ultimately, Force went back to the generic version of the NuvaRing, despite the side effects she continues to experience. She’d prefer to be on the branded NuvaRing, which didn’t give her problems, and the ping-ponging from method to method has left her exhausted and furious.

“I cannot believe what hoops I have had to jump through between September 2020 and June 2021,” Force said, “between switching from the generic NuvaRing to the IUD and then back, fighting my insurance and OB-GYN’s office on the ultrasound charge.”

In a statement, Anthem said, “Anthem health plans cover 222 contraceptive products at $0 cost share on our ACA Preventive List. We cover at least one product” in each of 18 categories of contraception methods approved by the FDA.

Contraception is a very personal choice, and what meets one woman’s needs may not meet another’s. If avoiding pregnancy is a woman’s top priority, a virtually fail-safe method like an IUD may be the right solution. But for someone who’s considering getting pregnant soon, a readily reversible method like a birth control pill might be the best option. Side effects are important to consider as well, since women respond differently to the hormones in various birth control products.

Before the ACA required no-cost birth control coverage, researchers estimate, up to 44% of women’s out-of-pocket health care spending went toward contraceptives. The ACA required most commercial health plans to cover a comprehensive list of FDA-approved methods without charging women anything. Church plans and religious nonprofits as well as employers and schools that object to contraception are exempt from the coverage requirements. Plans that were grandfathered under the law are also exempt. Uninsured women don’t benefit from the mandate either.

But the federal rules do not require health plans to cover every contraceptive. After the ACA passed in 2010, the federal Health Resources & Services Administration developed guidelines for women’s preventive services. Those guidelines say women should have access without cost sharing to a list that covers the 18 FDA-approved methods, including oral contraceptives, vaginal rings and cervical caps, IUDs, implantable rods and sterilization. Under federal rules, health plans must cover at least one product in each category.

But neither the HRSA guidelines nor a birth control chart published by the FDA addresses newer methods, including the gel Phexxi, which regulates vaginal acidity to reduce the odds a sperm reaches an egg. It was approved by the FDA last year.

Nor do they incorporate fertility-awareness mobile apps the FDA approved in recent years such as Natural Cycles, which tracks a woman’s temperature and menstrual cycle to avoid pregnancy.

Many insurers have balked at covering Phexxi, said Rameshwari Gupta, director of strategic markets for Evofem Biosciences, which markets Phexxi. A box of 12 single-use applicators — consumers use one before having sex — costs $267.50 without insurance, she said.

“When I started talking to payers, they all said, ‘Where are you on this FDA chart?’” she said.

According to an FDA spokesperson, the birth control chart is for consumer education purposes only and “was not created with the intent of driving coverage decisions.” The agency is in the process of updating it.

In a statement, HRSA said it is reviewing the evidence on contraceptives and expects to complete its review late this year. If it opts to make revisions, it will publish draft recommendations to update the women’s preventive services guidelines. These will be finalized after a public comment period and become effective a year later.

At this point, health plans consider Phexxi a spermicide and are required to cover only one type of spermicide without cost sharing, said Kristine Grow, a senior vice president at AHIP, a health insurance trade organization.

“If Phexxi is indeed considered a new ‘method’ of contraception, both the FDA and HRSA would need to make this clear,” she added.

The vaginal ring Annovera, approved by the FDA in 2018, is typically covered by health plans, according to Grow, though it may not be available without cost sharing. The average retail price is $2,457 a year, according to GoodRx.

One way plans have made it difficult for women to access certain contraceptives, even those on the list of approved methods, is by requiring that their providers get approval from the insurer first, often by providing documentation that the product is medically necessary.

Under UnitedHealthcare’s coverage policy for Phexxi, for example, before coverage will be authorized, members must have documented reasons that they are unable to use eight other contraceptive methods, including oral contraceptives, the contraceptive patch, a vaginal ring, injections and spermicides. Providers also must attest that they have counseled patients that Phexxi is less effective at preventing pregnancy than some other methods.

In a statement, UHC said it covers “a broad array” of generic and brand-name options, and it follows scientific evidence to develop its list.

Yet consumers have a way to get the specific drug that is most appropriate for them, according to a report by the National Women’s Law Center.

Under federal rules, if a doctor or other health care provider determines that a patient needs a particular contraceptive, even if it’s not on the list of approved products for the patient’s plan, the insurer is required to have an expedient process for the patient to seek a waiver.

“It’s not up to the insurance company whether to cover that method; it’s up to the provider,” said Adam Sonfield, executive editor for policy analysis at the Guttmacher Institute, a research and advocacy organization focused on women’s reproductive health.

But according to the National Women’s Law Center report, many insurers, patients and their providers aren’t aware of the requirement, and state agencies don’t enforce these so-called exceptions policies.

If patients run into trouble getting the method they want, “we typically recommend filing an appeal with their insurance provider,” said Gretchen Borchelt, vice president for reproductive rights and health at the National Women’s Law Center.

Stephanie Force said she was unaware of any process she could have used to get the NuvaRing covered without cost sharing. Neither her health care provider nor the insurer mentioned the possibility.

She recently had an appointment with a new provider, who she hopes will be a better advocate for her.

KHN (Kaiser Health News) is a national newsroom that produces in-depth journalism about health issues. Together with Policy Analysis and Polling, KHN is one of the three major operating programs at KFF (Kaiser Family Foundation). KFF is an endowed nonprofit organization providing information on health issues to the nation.

This story can be republished for free (details).

How to stop your child from being a fussy eater

How to stop your child from being a fussy eater

You never know how much you use your scapula -- aka, your shoulder blade -- until it isn't working well.

5 unusual headaches: Signs to watch for and what to do

Headaches come in lots of varieties, and some are easily recognizable. But some aren’t as well-known. Here are the causes and solutions for them.

Napa Valley-based cardiologist Dr. Mark Gardner answers questions about the use of statins.

Sean McCawley, Fit for Life: Preparing for an event

Having a goal to work towards can give a boost to striving for health and fitness goals. Sean McCawley shares one success stor.

How to stop bone loss from osteoporosis

Throughout our lives, our bones undergo constant turnover. Getting enough calcium and vitamin D should be a daily priority.

‘An Arm and a Leg’: They Turned Grief Into Action

This episode highlights how New York enacted a charity care law, one of the precursors to the federal provision on charity care in the Affordable Care Act.

Sean McCawley, Fit for Life: How does stretching make you feel?

If your routines help you feel better throughout your day, keep them going. Sure, scientific data is always going to benefit us but it’s the traditions we practice that make us feel good that scientific data doesn’t necessarily support.

The Solution to Au Pairs’ Health Coverage Gaps May Be Simple: ACA Plans

Private agencies that bring young adults to the U.S. to care for children generally offer basic health insurance, but plans may exclude many types of necessary care. What the agencies might not mention is that au pairs are eligible to enroll in comprehensive coverage on the Affordable Care Act marketplaces and likely qualify for premium subsidies that would make the insurance affordable.