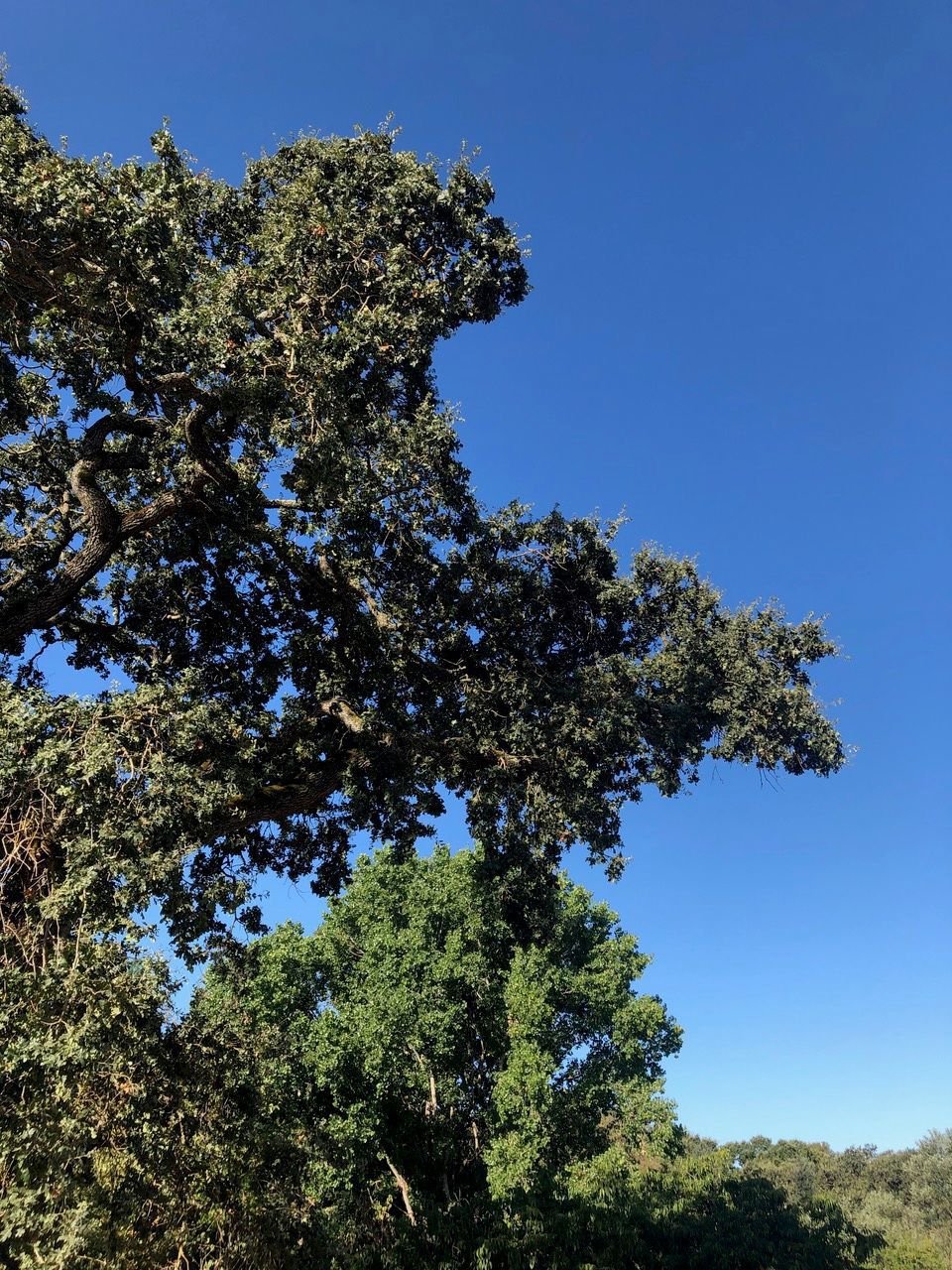 An over-extended limb on a Valley Oak.

An over-extended limb on a Valley Oak.

Driving up Silverado Trail between Trancas Street and Oak Knoll Avenue, I had a pleasant sensation of shelter as I noticed the valley oaks arching over the road with masses of healthy foliage.

A fringe of light-green tender new leaves and shoots overlies the darker green mature leaves that emerged in spring. The summer growth is called “lammas shoots,” referring to Aug. 1, when harvest festivals were held at the halfway point between the summer solstice and the autumn equinox.

“Physiology of Woody Plants” (Kramer and Kozlowski) describes lammas shoots as an “abnormal burst of shoot growth from recently formed buds which are not expected to open until the following year.” They are “often stimulated to form by abundant late-season rainfall.”

That fits neatly with the weather we experienced this year: According to weather records, we had 4.41 inches of rain in May this year, compared to .13 inch in May last year.

In one respect, the extra rainfall has an apparently salutary effect, fostering lush new growth. I especially appreciate the green, sheltering effect after confronting so many dead and dying trees after the fires of 2017.

On the other hand, late spring rains and the accompanying lingering moisture, humidity and warm temperature favor certain diseases. We have been seeing heavy infection rates of leaf diseases like anthracnose, twig blight and powdery mildew. And I suspect some outbreaks of Sudden Oak Death (SOD) disease in one part of Napa and in Jameson Canyon. SOD thrives in wet spring weather.

Aside from disease concerns, lush growth in valley oaks is heavy. It can be “the last straw” in older oaks. I saw a perfect example last week in a venerable old valley oak with a 5-foot trunk diameter. It dropped a major limb.

The tree showed good vigor, but vigor is not the same thing as structural condition. The tree also shows a history of limb failures. The most recent one was a “brash break” – blunt with no stringy, sharp splinters. The cause of strength loss in that type of failure is degradation of fibrous cellulose, the material that gives wood tensile strength. Wood has good compressive strength, which resists loads pushing down but it has far greater tensile strength, which resists loads pulling it apart.

Limbs undergo tension on the upper side. So, a loss of cellulose in an overextended limb with a heavy load of new growth can lead to the wood pulling apart.

Compounding the problem in older trees like that one, limb failure wounds are entry points for decay and, depending on location, may interrupt structural integrity.

This veteran oak showed a history of large limb failures. Such a tree is more likely to continue having limb failures compared to any tree nearby that has not.

Beyond that, consider high temperature limb drop. Sometimes called summer branch drop, it is a partially understood phenomenon occurring in various tree species. The typical pattern is a large limb breaking with a loud report on a still and hot summer afternoon or evening. It is not predictable or fully explained, but there are some factors common to the failures: Certain species including valley oaks, over-mature trees, and long, horizontal limbs extending beyond the canopy.

One especially good way to tell if a limb is overextended is to compare its foliage mass in relation to that of the adjacent limbs. If the masses are contiguous, that is normal. Open space between them may indicate that the limb is sagging under the weight of wood and foliage.

Take the time to look and really see. Then take action. In many cases, careful pruning can reduce the likelihood of major limb failures.

Bill Pramuk is a registered consulting arborist. Visit his website billpramuk.com, email questions to info@billpramuk.com or call him at 707-363-0114.

A study showed 50 of out 265 surveyed trees testing positive for the sudden oak death microbe in Napa County.