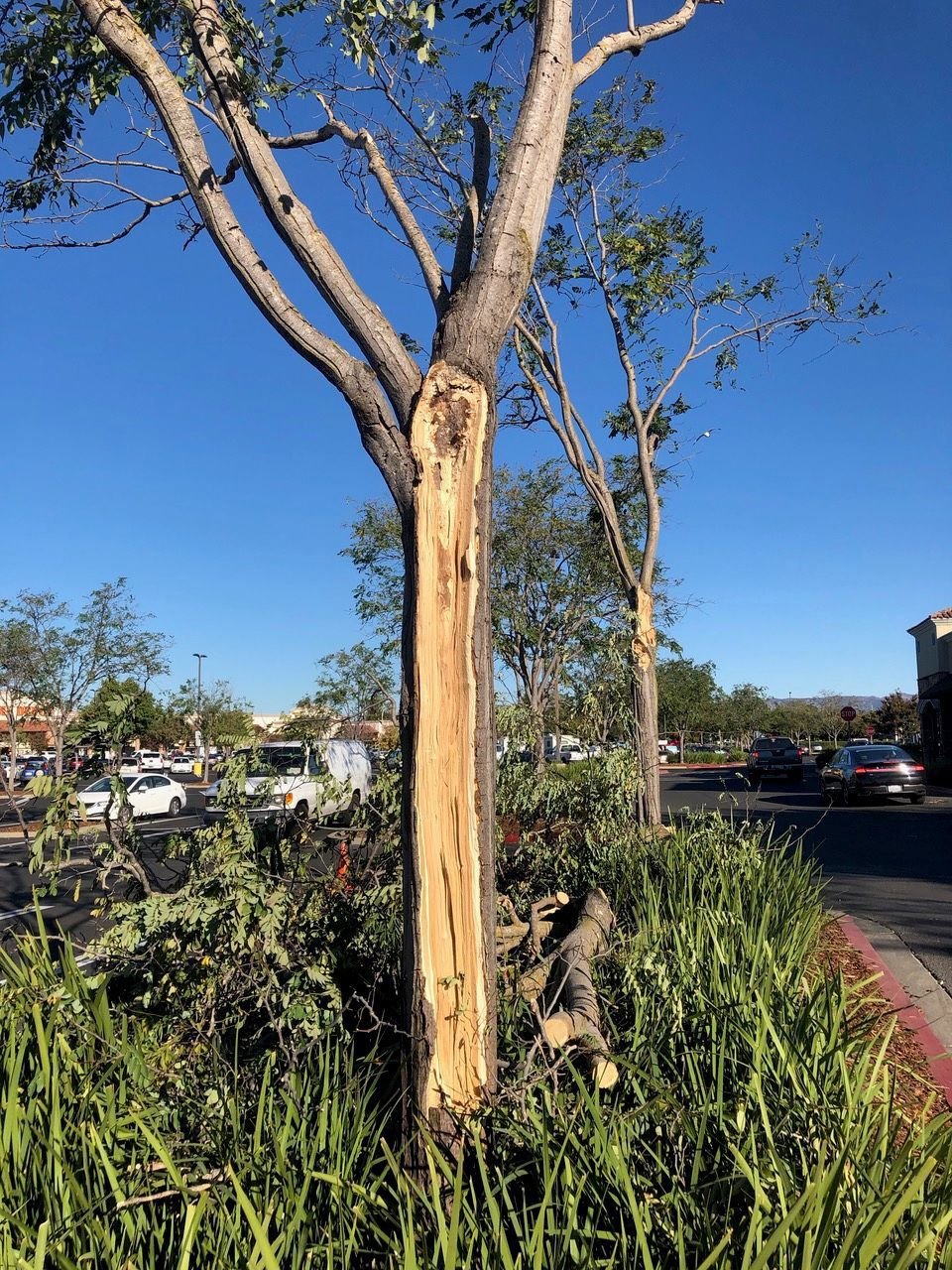 An Idaho locust with failed limb attachment and decay. 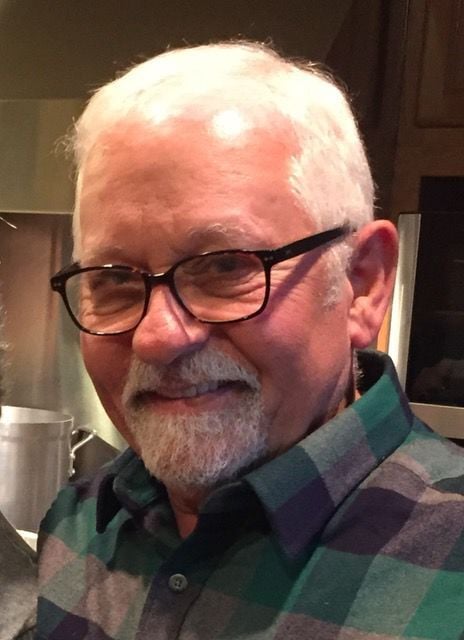 The windstorm on Oct. 27 deserves another look with respect to tree damage. In my column of Nov. 2, I wrote about the way two very different tree species, a palm and a coast redwood, coped with those strong winds in their individual ways, based on their structure. They came through it apparently undamaged. But without looking far, just in my own neighborhood, I saw many damaged trees.

Some species are better adapted than others to strong winds, but within a given species, individual trees vary in structure and may have incidental defects making them subject to structural failure.

One example I saw was a branch failure in a camphor tree (Cinnamomum camphora). I had never, to my recollection, seen a camphor have any kind of structural failure. The Western Tree Failure Database/ California Tree Failure Report Program website shows no camphor tree failures in the “Most Common” and “Next Most Common” lists. But on a visit to a local property, after the wind storm, I saw a camphor with a moderate-sized limb failure.

Overall, the tree was fine, but an overextended limb had broken. Fortunately, there was no property damage or injury. I think there was a quirky contributor to the branch failure. I noticed a flock of cedar waxwings in the tree, which drew my attention to what they were feeding on: a heavy load of camphor berries. It is likely the weight of the crop of berries added enough to the load on the limb that it failed in the gusty wind.

Some of the failures I saw resulted from structural defects related both to the species and to a lack of young tree pruning to develop good structure.

In the parking lot at a local shopping center, several Idaho locust trees (Robinia idahoensis) were torn, literally, limb from limb. Since we shop there for groceries, hardware and home goods, I have seen these trees almost every day since they were planted, perhaps 15 to 20 years ago. I have never seen evidence of anyone pruning them to improve structure. And their poor structure shows it.

One defect led to another: Limbs that were torn off in the wind had tight “V” shaped attachments to the trunks, with “included bark” pinched between them. Trees with this defect often wound themselves as pressure builds up between the adjoining stems. The wounds can be an entry court for decay, which was the case with these trees.

In addition, the failed limbs had high “branch aspect ratios” – the branch diameters were approximately equal to the trunk diameters. In that situation the trunk or parent limb cannot get a good grip on the branch.

That’s what trees do as they grow. In spring, the branch grows first, putting on a layer of spring wood overlapping last year’s trunk tissue. Then the trunk, the main stem, grows, putting a layer of spring wood over that of the branch. This interlacing creates a strong connection. The branch is almost like a separate tree, attached to its parent with overlapping layers of tissue.

Some of the mess resulting from an unusual wind storm might have been prevented with thoughtful young tree pruning to develop good structure.

But there is no guarantee of safety. As my mentor, arborist John Britton, used to say: “In storms, all bets are off.”

Bill Pramuk is a registered consulting arborist. Visit his website billpramuk.com, email questions to info@billpramuk.com or call him at 707-363-0114.

An Idaho locust with failed limb attachment and decay.