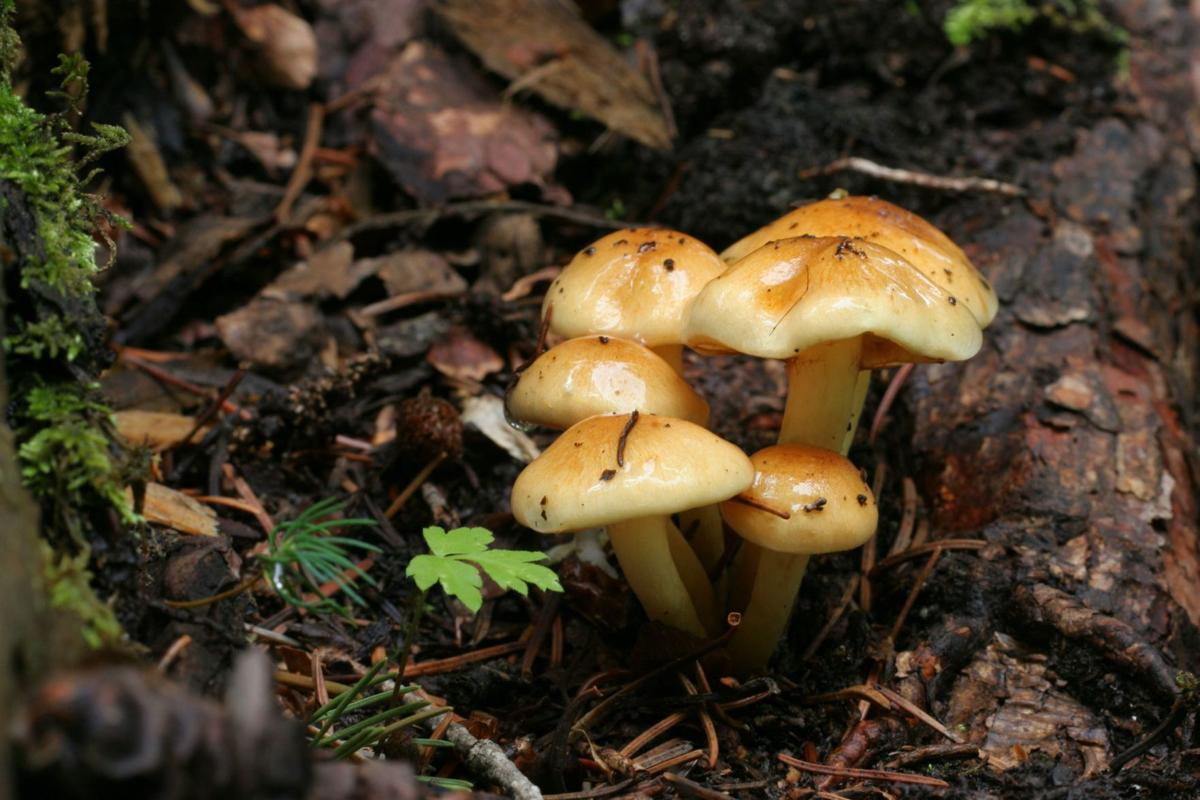 After the devastation of a wildfire, there may be a helpful new means with which to assist in the process of clean-up: mushrooms. 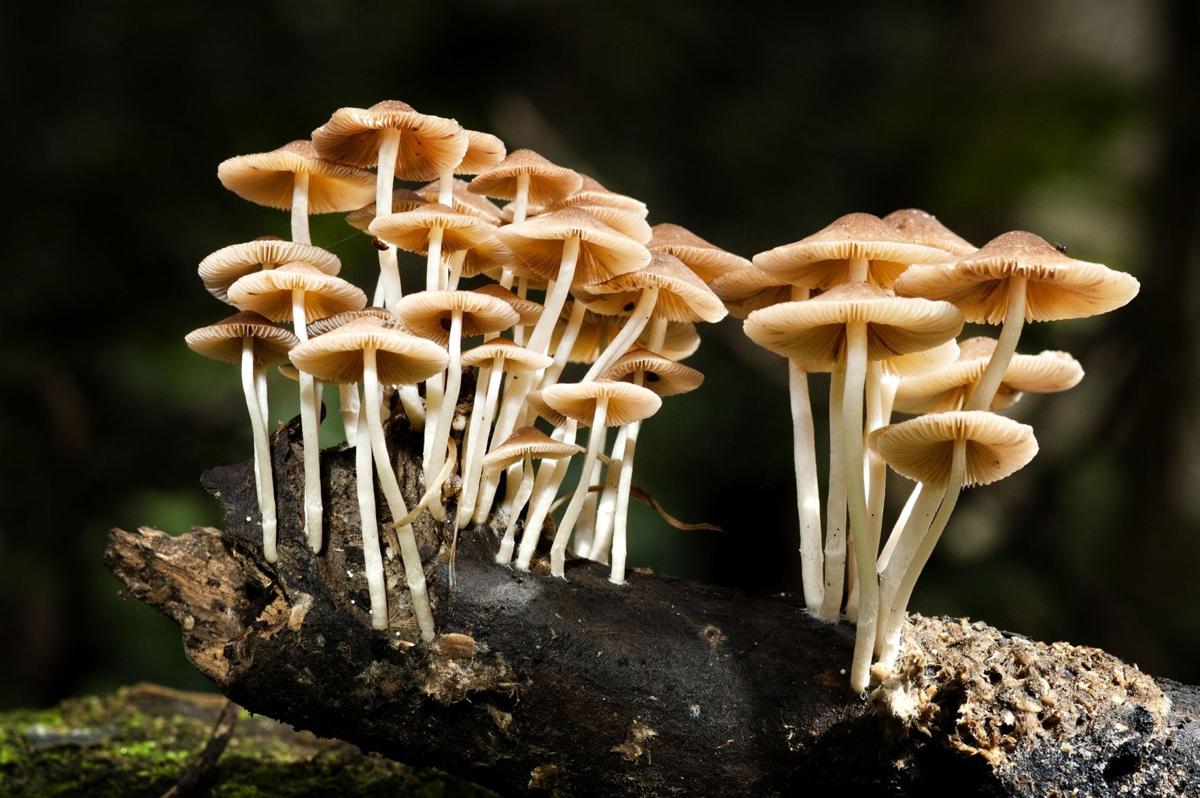 Mushrooms sprout on a tree trunk.

With a mosaic of mushrooms appearing as though out of thin air after the least hint of precipitation, there is much to appreciate in the lowly organisms.

American biologist, E.O. Wilson once said, “The world depends on fungi, because they are major players in the cycling of materials and energy around the world.”

Mushrooms are not plants but belong to their own unique kingdom and typically grow with a seasonal rhythm. Mushroom season often begins with boletes, those fleshy-appearing, rather than gilled varieties, along with deadly but beautiful amanitas, which often sport warts on their caps.

Many mushroom species favor specific habitats. For example, boletes and chanterelles thrive under many kinds of oaks, while oyster mushrooms often establish themselves near streams, maples and alders.

The science of mushrooms, called mycology is constantly growing with new discoveries coming to light in recent years making many mushroom guidebooks obsolete.

Mycologists are beginning to understand the complex ecological relationships between fungi and vascular plants. Since plants like trees and shrubs have evolved together, their symbiotic relationships with mushrooms are more widely understood.

Mushrooms or their fungal hyphae (tubular and branching filaments that grow underground) provide water and nutrients to trees and shrubs while the plants in turn provide a source of sugars to feed the fungi.

Another area of study gaining momentum is that of “fungal restoration” or ‘mycoremediation’. It turns out that after the devastation of a wildfire season and the challenging clean-up processes that residential, agricultural and forests require, there may be a helpful new means with which to assist in the process of clean-up.

For fungal restoration or “mycoremediation,” some farmers and ecologists posit that placing fungal filters in strategic locations may keep toxic waste from reaching waterways.

The idea is that as water flows through mycelium networks the toxins are trapped before leaching into the watershed. The many fires that have occurred in the west in recent years all require assistance in residential and ecological clean-up, and many of these areas, including those in the Napa Valley, will be testing this relatively new method of reducing toxins and their negative effects through the use of straw-filled ‘snakes’ or wattles which have been inoculated with oyster mushroom mycelium.

The thinking is that the wattles will create diversions from runoff into sensitive waterways. The mycelia in the wattles converts the damaged surface to nutrients, improving soil’s fertility, too.

Deploying mushrooms to aid in disaster relief has been used effectively in the past by landscape professionals and citizen scientists throughout the world in oil spills and other hazardous waste sites.

According to a paper on bioremediation on the “Academic Journals” website, bioremediation using fungi needs more study for the use of mycelium in major environmental problems, but looks to be extremely promising since microorganisms in fungi have the ability to both decompose and secrete enzymes to transform the environment to health once again.

The company called CoRenewal has plans to deploy erosion control methods such as the wattles mentioned above throughout many of the burn zones in California such as the San Mateo-Santa Cruz (CZU) and Sonoma-Lake-Napa (LNU) fire areas. Through studying the effects of fungi and other bioremediation methods they hope to portray mycelium’s positive influence on the land and in aquatic ecosystems.

E.O. Wilson’s words on fungi hold a world of new possibilities for restoring our lands.

Watch now: Walk of Life! Here’s How to Make Your Walks More Exciting!

Walk of Life! Here’s How to Make Your Walks More Exciting!

Check out: On the trail for mushrooms

+7 Photos: On the trail for mushrooms

Cities that spend the most on residential construction

Here's how to stop being such a people pleaser

Here's how to stop being such a people pleaser

How to invest your tax refund wisely

How to invest your tax refund wisely

After the devastation of a wildfire, there may be a helpful new means with which to assist in the process of clean-up: mushrooms.

Mushrooms sprout on a tree trunk.