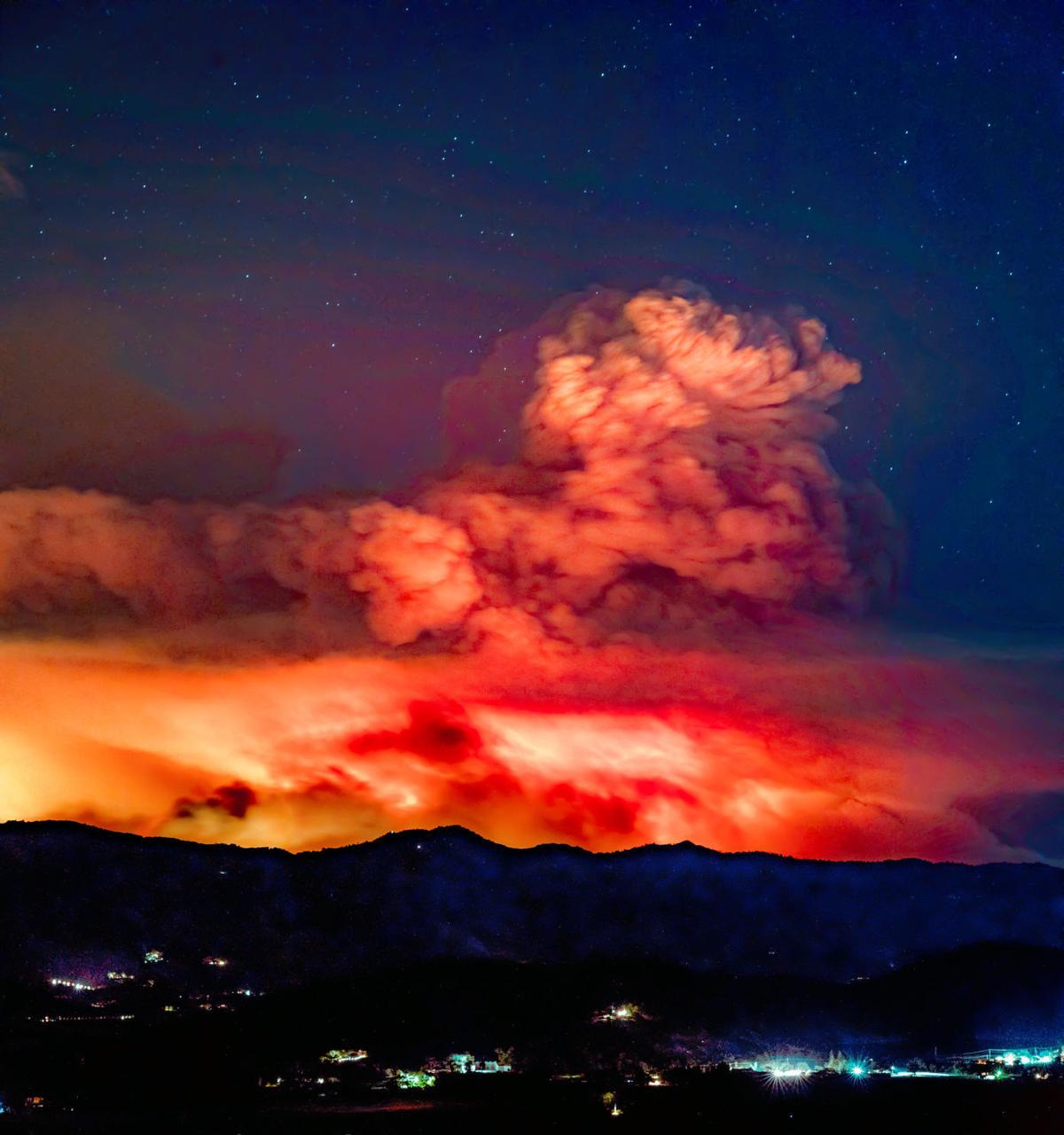 The wildfires of 2020 burning in Napa County. 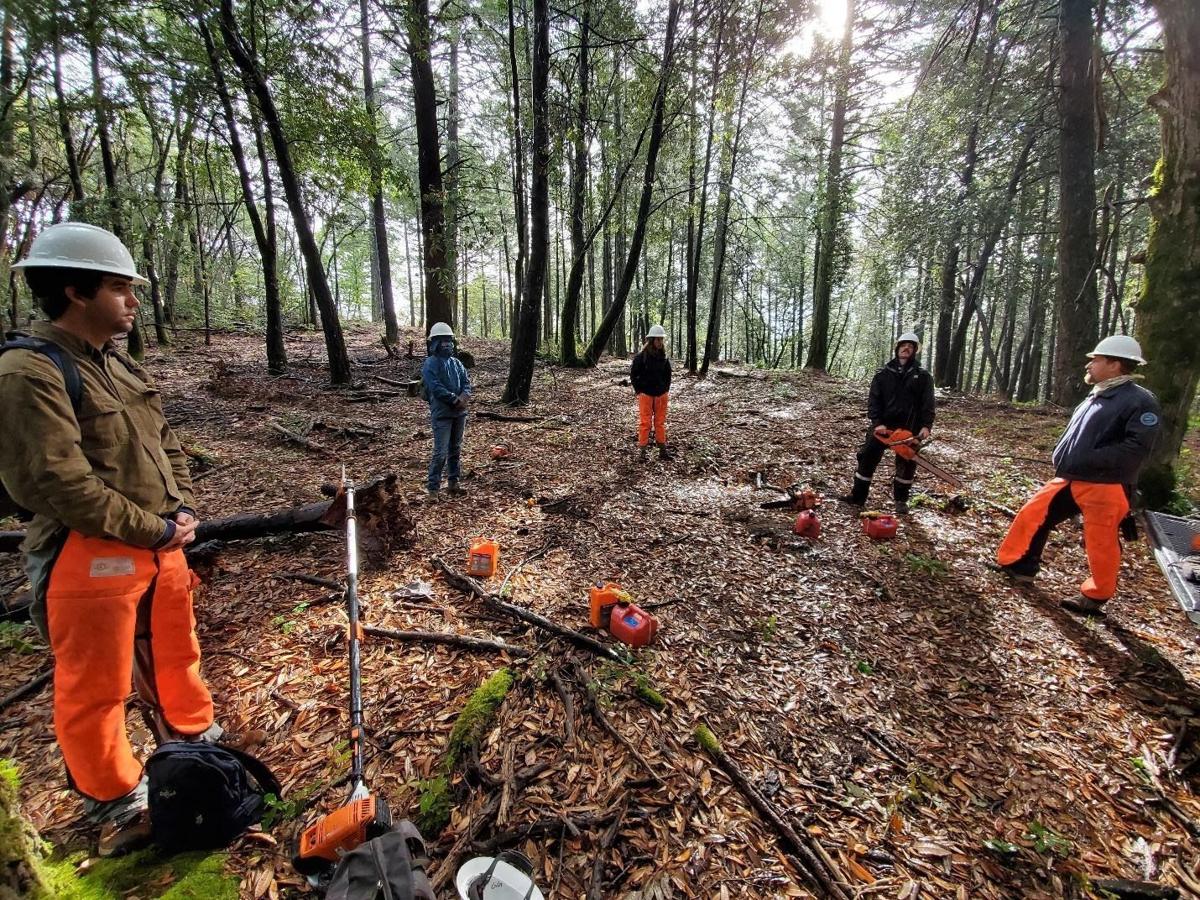 With smoke filling the skies around California, and wildfires burning in Sonoma and Napa counties, Jason Mills is more convinced than ever that the restoration department he leads is on the right path.

“What we’re doing is essential,” said Mills, restoration program manager for Sonoma Ecology Center (SEC). “With so much built-up fuel, the only way we’ll manage these fires safely and effectively going forward is through proper vegetation management — specifically fuel reduction with an ecological approach. Someone has to do the work.”

As a certified restoration and fire ecologist, botanist, arborist and licensed tree and landscape contractor, Mills oversees SEC’s services throughout the North Bay, where his team helps to manage fuels while protecting habitat in wildland-urban interface areas.

“After years of doing fuel-reduction work, I’ve seen mismanaged efforts lead to an increase in both flashy and ladder fuels” — respectively, fuels that ignite readily and burn quickly, and fuels that allow a fire to climb from forest floor to canopy — “which poses a greater threat over the long term,” Mills said.

Lecourt manages Pacific Union College’s Demonstration and Experimental Forest, a 1,100-acre stand of mature oaks and conifers located in Angwin, a few miles north of St. Helena — an area recently evacuated and under threat due to the LNU Lightning Complex fires.

PUC’s forest, which abuts its more than century-old campus, went untended for decades. But two and half years ago the college hired Lecourt, a trained forest manager who was born and raised in Angwin and who obtained his undergraduate degree in environmental science from his hometown college, PUC.

Lecourt told Mills he had a lot of work to be done clearing fuels, but it had to be done right, through selective cutting and thinning of understory. The resulting fuels-reduction project, within a rugged and steep 32-acre strip of Napa County forestland, is possibly one of the largest continuous breaks in the North Bay done entirely with hand crews and without the use of heavy equipment, which can often lead to increased disturbance and erosion.

“We are mimicking the natural clearing effects of wildfire,” Lecourt said — safely simulating, in the same way as prescribed burns, what California’s wildlands have evolved with over millennia: periodic wildfires that are smaller, cooler and less destructive, clearing out overgrown and dense understory to allow for the native ground cover and tree canopy to remain.

Although Mills’ crew of trained specialists works in sun and rain, certain conditions can slow them down, as when winds are too strong in dry weather (increasing fire danger), or the forest’s resident mating pair of spotted owls is nesting nearby.

And the crew certainly can’t work when huge wildfires are raging throughout the region. Before the current fires began, Mills’ team had successfully thinned 22 of the 32 designated acres. Even so, “The 22 acres [tended] by SEC are definitely an important part of a shield protecting Angwin right now,” Lecourt said.

“The work we did should help to prevent the fire from carrying at the same speed now that we have the ladder fuels down,” Mills explained. “The goal is to allow for better access to buy more time for fire crews to set up and potentially back-burn before the wildfire reaches the forest.”

Fuels reduction like this is tricky, but Mills said it’s the first and best way to address California’s yearly wildfire crisis. Whether done by restoration crews, or through prescribed burning or grazing — all methods Mills has overseen over the past year in preparation for this fire season — someone has to do the work.

Don Frances writes for Sonoma Ecology Center. He can be reached at don@sonomaecologycenter.org.

Pandemic stress is here to stay

Americans spend too much time doing admin tasks they hate

Americans spend too much time doing admin tasks they hate

Ways to reduce anxiety during pregnancy

Ways to reduce anxiety during pregnancy

Watch Now: Be prepared before a wildfire ignites

FEMA offers tips for being prepared should a wildfire impact your community.

Pouring wine as Napa burns: Between the fires and the pandemic, who will visit when we reopen?

With heat, fire, smoke and virus, it is becoming increasingly difficult to be the Napa Valley tourists want us to be, wine educator Olivia L. Eckerson says.

Firefighters are continuing to make progress in their battle against historic blazes, three of which now rank among California's biggest wildfires ever.

The wildfires of 2020 burning in Napa County.