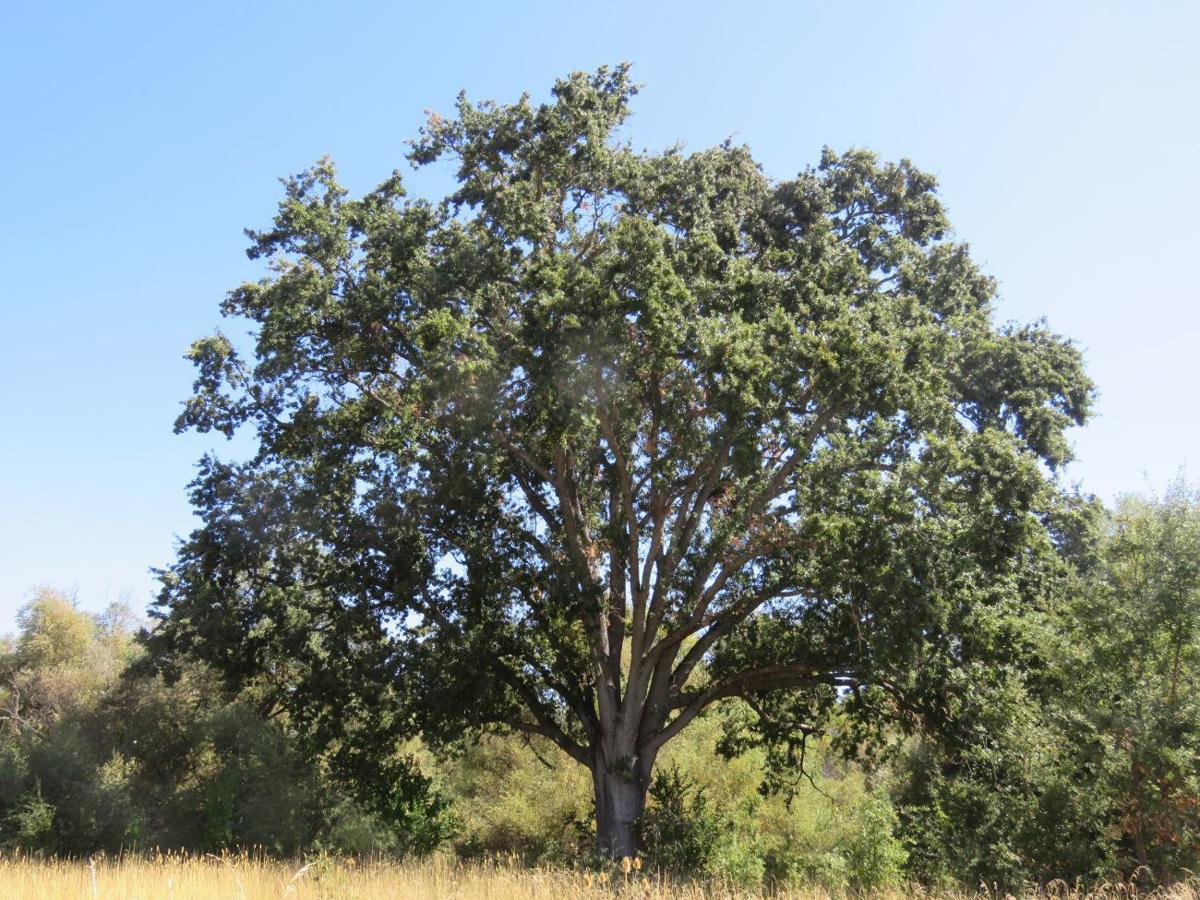 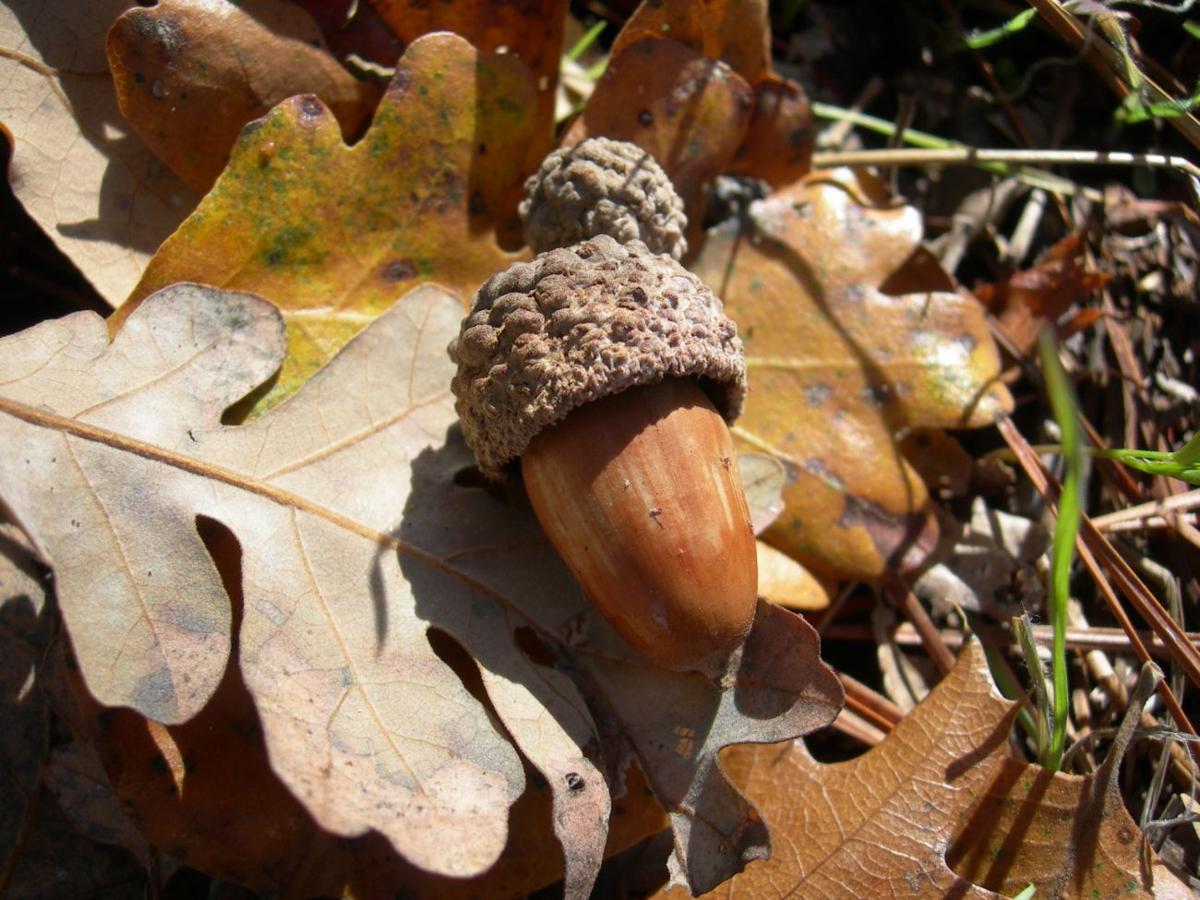 A single oak tree is capable of producing  more than 400 pounds of acorns per year. 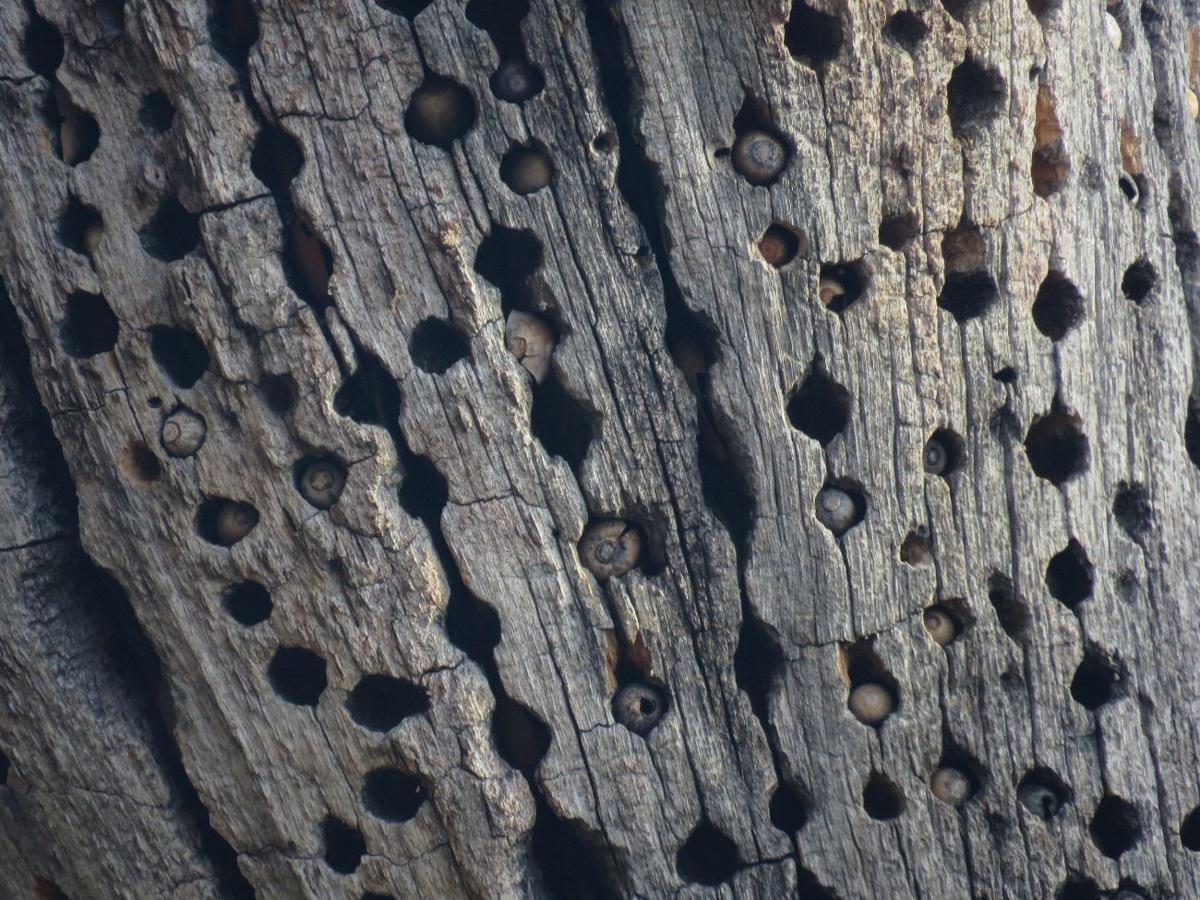 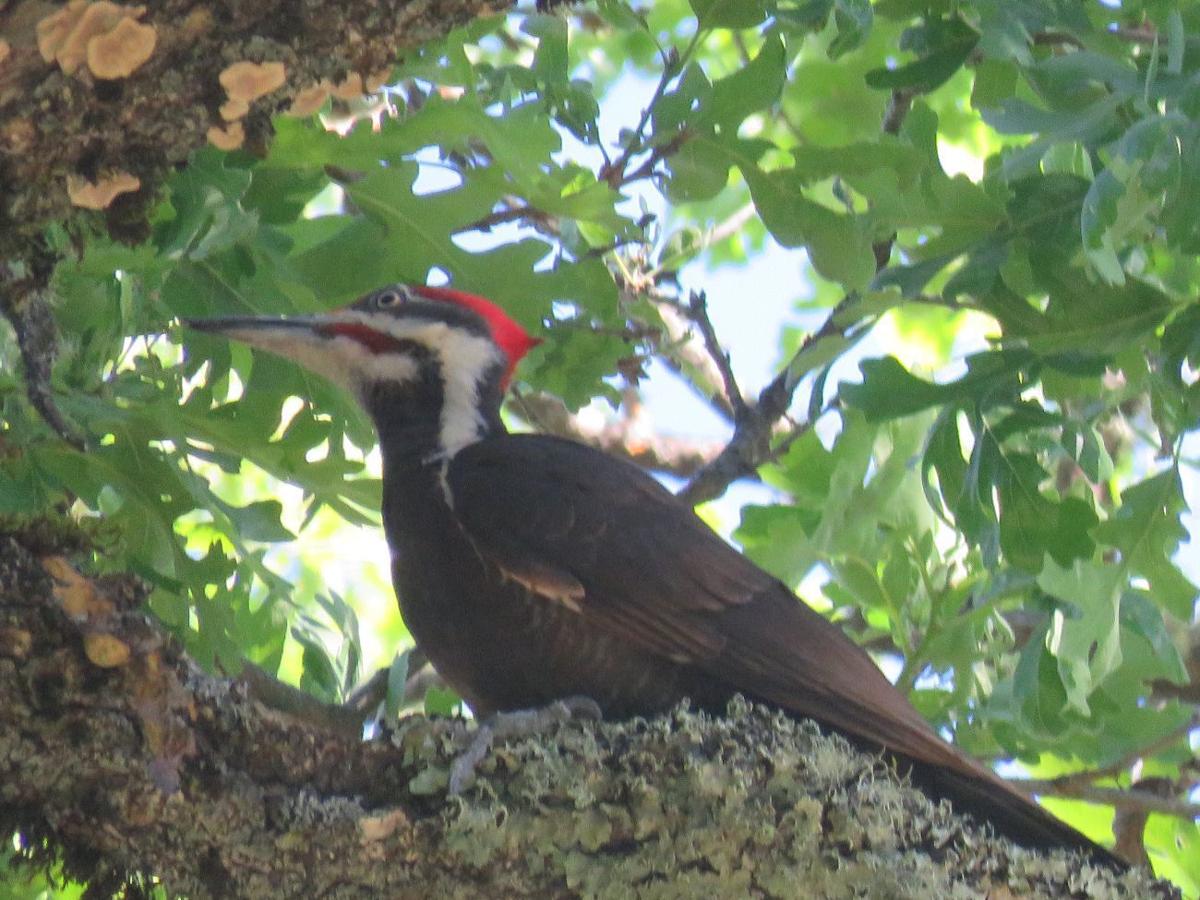 Pileated woodpecker dining on grubs in an oak tree. 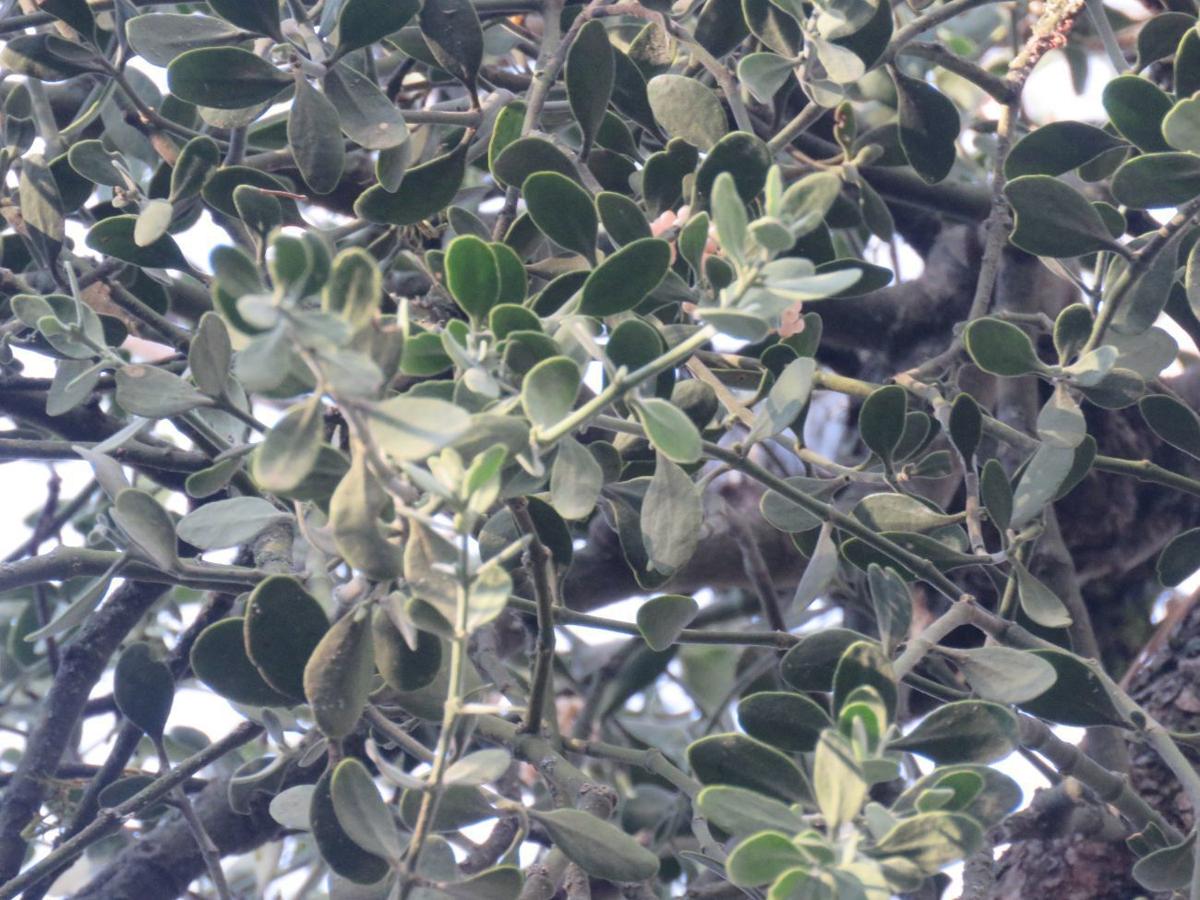 Mistleoe, a hemiparasitic plant,  uses its roots to leech moisture and nutrients from trees like oaks.

A single oak tree is capable of producing  more than 400 pounds of acorns per year.

Pileated woodpecker dining on grubs in an oak tree.

Mistleoe, a hemiparasitic plant,  uses its roots to leech moisture and nutrients from trees like oaks.

California holds the distinction of being one of the world’s rare biodiversity hotspots, according to plant biologists, such as Dr. Matt Ritter, who wrote “California Plants- A Guide to our Iconic Flora,”

This good fortune is due in part to the biomes, biological communities that have formed in response to a shared physical climate, which we in California are fortunate to live among.

California’s three major biomes are found amid the forests, the Great Basin and the desert lands that create our Mediterranean climate. Within this biodiversity, many ecological niches have more than 5,000 native plant species.

Talk about biodiversity. Consider the complexity of an oak tree, and all of the lives it sustains. Oaks, the quintessential giving tree, may host woodpeckers and other avian species, mosses, lichens, mistletoe, squirrels, insects, and more. Throughout time, oaks have given sustenance to many native cultures via their nutritious acorns; and oaks have provided wood for everything from ships to wine barrels in present time.

There are 53 oak varieties that are determined to be native to California, and the Napa Valley is home to black oak, coast live oak, valley oak, tanoak, and several other oak species. Some old oaks around the valley number in the hundreds of years old.

Imagine what one of these grand trees would say, if it could speak. It would tell the story of times past when the Wappo, Patwin or Wintun Indians made their villages surrounded by the oaks, and diligently prepared a mainstay of their diet from the abundant acorns provided by oaks. A single oak tree is capable of producing more than 400 pounds of acorns per year.

The availability of all of these oaks, their acorns and the life forms they sustain are all dependent on the trees’ access to sunlight, water, and soil nutrients. Factors that weigh in for a healthy oak woodland may also include just the right amount of acorns to remain after say, a flood, fire or foragers like deer, rodents or cattle.

If the acorns that drop and germinate are browsed by foragers too heavily, naturally, the woodland is threatened, and cannot establish itself. After an oak sapling has reached the decade mark, it has met the requirements for survival.

Among oaks’ surprising attributes is that many possess a waxy cuticle to aid in retaining necessary moisture from summer heat and dry winds. Some oaks, such as Live oaks are not deciduous; they do not shed their leaves annually. Others, however, such as the valley oak or blue oak are deciduous, and extravagantly drop their leaves each fall.

The oak’s leaf drop is its coping mechanism for wintry weather. It’s a delicate dance performed each year when the oak sheds its leaves only to find it necessary to draw heavily on water and nutrients to produce a whole new ‘crop’ of leaves again in the spring season.

Science holds that autumn’s color palette occurs in part to the choreography of weather, carotenoids, and chlorophyll. Then, the warm days and chilly evenings cause a domino-effect inside the leaves. The sugars that are created at daylight become ‘trapped’ within the veins of the leaves and do not move out, creating the scarlet and golden leaf color we love. These are called anthocyanin pigments.

I’m sure you have noted the apple-like growths, along with other kinds of oak ornaments that decorate some branches and leaves. These are galls, which form when a Cynipid wasp drills into a leaf to deposit eggs. Gall wasps then hatch, and the larva allows for the production of a unique plant structure or tissue that envelops the larva, thereby handily supplying it with both shelter and food.

According to gall expert, Ron Russo, who has studied galls for dozens of years, a single oak may play host to over 30 kinds of Cynipid wasps, each of which forms a distinct type of gall! A gall, in turn, may host any number of insects or organisms which in turn, thrive upon it.

Other organisms festooning oaks are the frilly ferns that can cover its bark like a coat, and languid lengths of Spanish moss that float ephemerally from oak’s limbs. Spanish moss is not really a moss or lichen, but a flowering plant, or angiosperm, belonging to the bromeliad family. Birds and other woodland creatures snatch lengths of Spanish moss to use for nesting materials; and it has been utilized by environmentalists to ascertain air quality and used commercially as an ingredient in perfumes, dyes and medicines.

American mistletoe, which is native to the United States and Mexico can often be found growing in the canopy of oak branches, which makes it a hemiparasitic plant. The mistletoe growing there contains chlorophyll and makes use of photosynthesis like other plants, but it doesn’t have the ability to absorb nutrients and needed water from the ground, but instead, uses its roots to leech moisture and nutrients from trees like oaks, ash, walnut and poplars.

If a tree is drought-stricken and already ailing, mistletoe in great numbers can finish it off, but it does not appear to harm healthy trees. The use of mistletoe’s leathery leaves has been popular throughout history, as it has been part of rituals by druids, and, more recently incorporated into ‘kissing under the mistletoe’ as a holiday tradition. Mistletoe produces small, white berries, which are non-edible.

As if all of that flora and fauna flourishing in an oak woodland were not enough, an oak’s herpetological life forms may also surprise you. According to “The Oaks of California” (Cachuma Press & California Oak Foundation 1991) oak communities host around 80 species of amphibians and reptiles. Salamanders, lizards and frogs all benefit from the oak’s environment.

Threats to oaks include fire, climate change and Sudden Oak Death, or SOD, which was discovered in the 1990s in Marin County. Then, some oak species infected with this pathogen were noted to be oozing and dying. Oaks and SOD are studied by scientists increasingly to gather strategies for their survival. It is not certain just how much environmental factors may truly affect an oak, and how a tree responds and survives to the numerous stressors it encounters.

It is clear, however that we can be grateful for oak trees and spend some time amongst them. We can make a count of organisms found in just a single tree for a new appreciation of the noble oak tree.