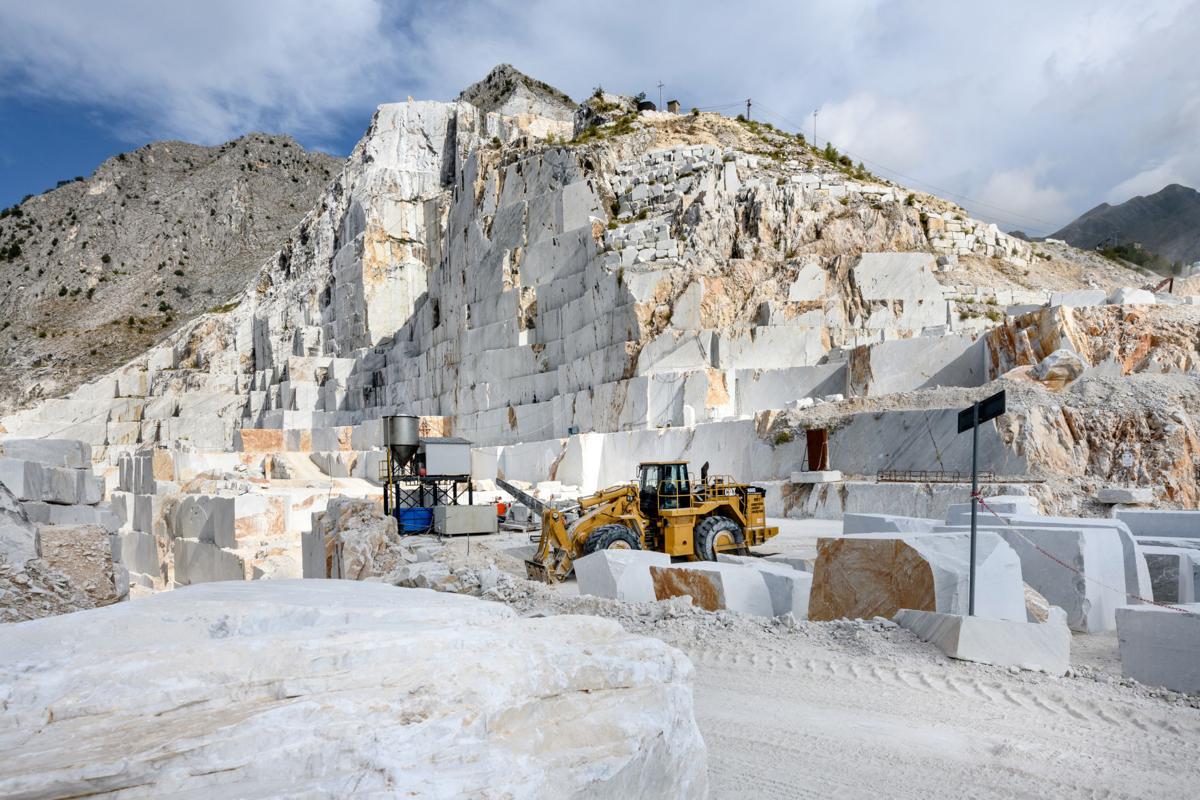 Inside an open cast Carrara marble quarry, Tuscany, Italy with blocks of cut stone and heavy duty equipment below a mountain peak. 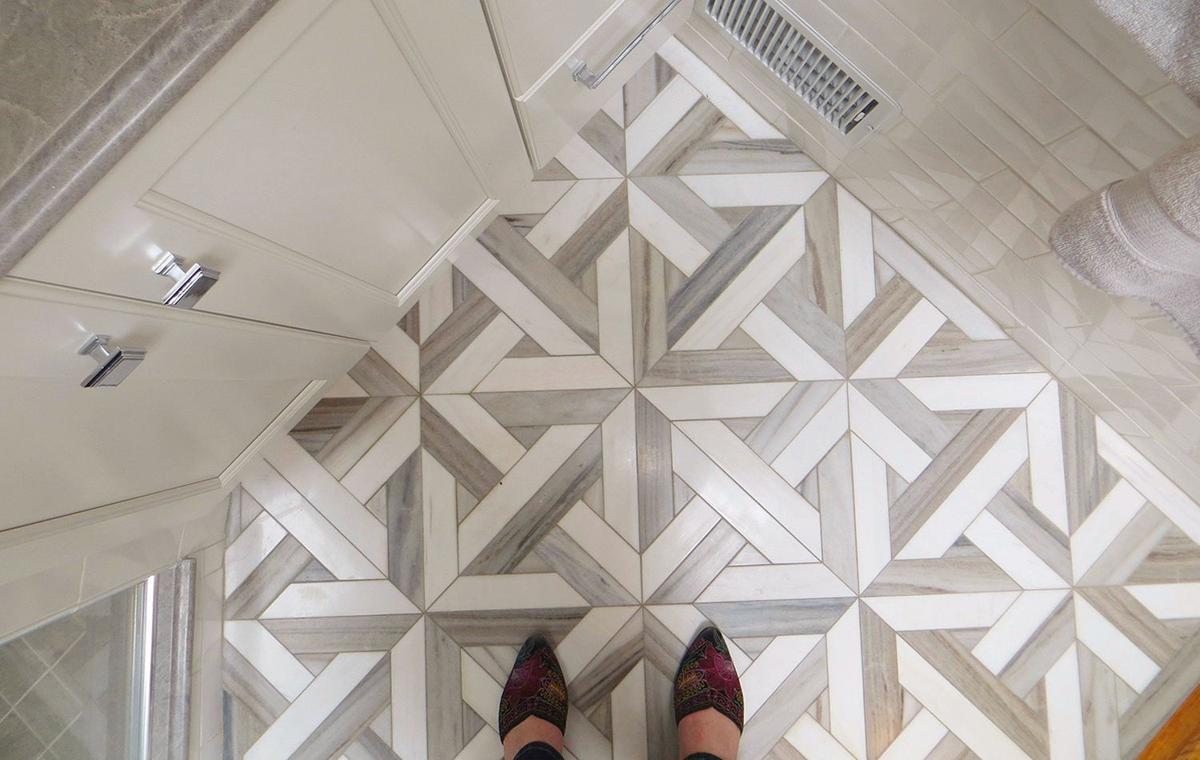 "Carrara marble is intertwined with silver, vein-cut and water-jetted marble to create an intricate floor in a San Francisco flat." The design is by PLC Interiors. 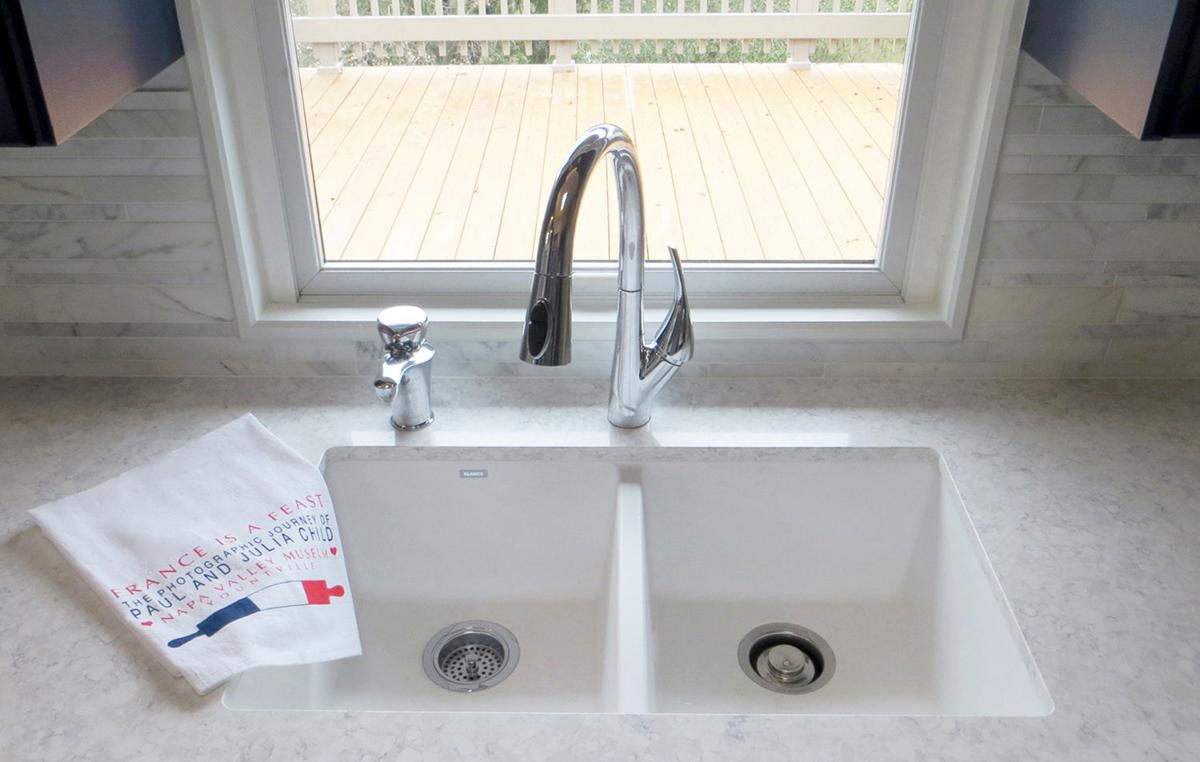 PLC Interiors combined quartz and marble in this kitchen makeover. Carrara quartz is used as a countertop and Calacatta marble mosaics is used as a backsplash." 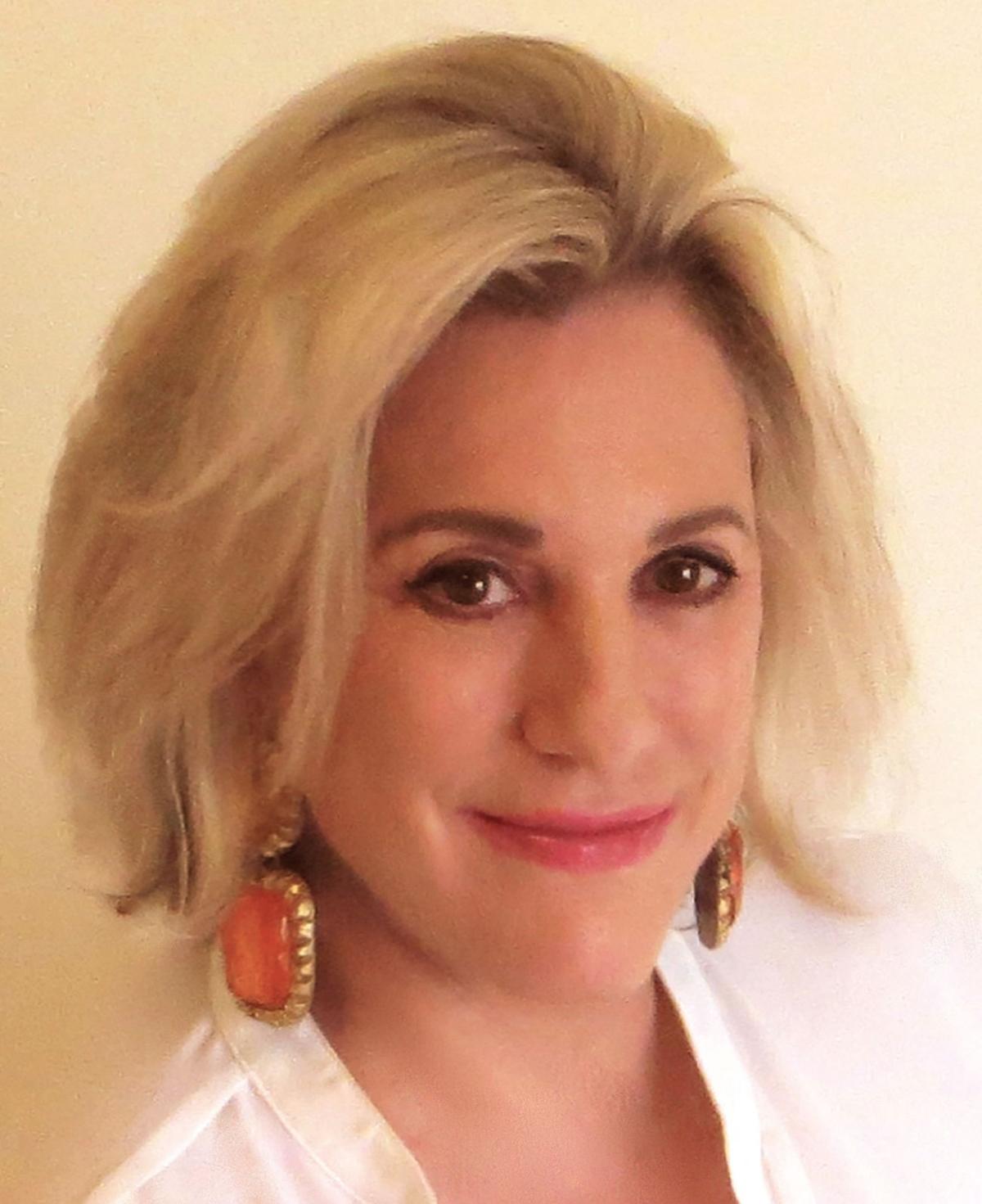 If you’ve been shopping for a new kitchen or bath countertop, you may have found your head spinning.

The number of choices available can be overwhelming and confusing. It was much easier decades ago when granite was the go-to choice. There were other options such as slate, marble, limestone and travertine but granite was more durable and more stain, scratch and heat-resistant.

Soapstone and quartzite would have been excellent alternatives to granite but they weren’t as popular. I don’t know why because, truth be told, I think they’re prettier than granite. I mean no offense but, except for a few exotic beauties like blue Lapis Luzuli and green Caribbean, Esmerelda and Hassan, granite just doesn’t float my boat.

I mustn’t have been the only one to feel this way because in the 1980s and 1990s, surface-fabricating companies like Caesarstone and Silestone began to manufacture countertop slabs that mimic marble and other softer stone -- ones I find more aesthetically appealing and more versatile to design with than granite. They’re even stronger than granite although not quite as heat-resistant --  but just by a smidge. They’re also virtually non-porous, non-toxic and do not host bacteria, mold or mildew.

Basically, these slabs are tough as nails and low-maintenance. They’re made of quartz particles, resins and pigments. In its raw, mineral form, quartz is stronger than steel and, therefore, was a good choice in manufacturing this new product. Because quartz is roughly 90% of the formula, the name “quartz slab” was adopted.

Notice I wrote “virtually,” “resistant” and “basically.” This is because quartz slabs are not 100% bullet-proof. You can still scratch them but it will take more effort to do so. You can still stain them but because they have a lower absorption rate than stone, you have more time to wipe up spills. And, since 10% of each slab is not quartz, it can technically still be somewhat porous.

When I started using these slabs about 15 years ago, there were fewer manufacturers than there are today and fewer choices. But all created a version of Carrara marble. This is because Carrara was, and is, classically beautiful, widely popular, and adaptable to many styles.

As you look at quartz samples, don’t be confused by all the different names. Manufacturers have created colors and patterns regardless of whether such marble really exists in nature.

For example, Calacatta Maximus, Calacatta Plazo and Versilia Calacatta aren’t actual marbles. Versilia, in fact, is just the name of the region in which Carrara and its neighboring quarries are located. There’s also Calacatta Statuario. Talk about confusing. And then there’s the carelessly named Statuario Nuevo that should be “Nuovo” since the marble is in Italy, not in a Spanish-speaking country. Or, possibly “Neve” if they were referring to snow.

With this insight, you now see there is no need for your head to spin. Simply choose samples that you like regardless of their names or what they’re meant to represent. The key is to then look at photos of their installations online. I suggest this because there can be more to a full slab than what a sample shows such as unexpected large veining or additional colors.

Even with all the advantages of using Carrara quartz or one of its cousins rather than marble, some people still prefer the touch and inherent, unique beauty of natural stone. I’m one of those people. I feel torn about it, not because of its delicate nature but because of current political debate and anguish concerning the excavation of marble.

Carrara, Calacatta and Staturario are quarried in the Apuan Alps above Carrara, Italy. From afar, the mountain range looks like it’s covered in snow.

Since Roman times, this marble has been the backbone of the region’s economy and artistic pride. But, in recent years, there has been much conflict and turmoil over the depletion of these mines. In the early 20th century, less than 100,000 tons were extracted. Today, more than 4 million tons per year have been sold to mass markets worldwide.

In 2014, the Osama bin Laden family became a major shareholder and first non-Italian owner of the quarries. The generations-old skill of stone-cutting has been replaced with reckless, mechanical shovels and diamond saws. Not only is a rare craft dying, but mountains are becoming deformed and marble dust and flooding are damaging surrounding towns and the environment. On the other hand, the industry employees thousands of local residents.

I suppose, if I had to choose a new countertop, my head would spin but for a different reason.

Could you live here? Check out the most expensive home sold in Napa County in May

Patti L Cowger is a two-time award-winning Napa-based interior designer and owner of PLC Interiors. For more information about her design services, visit her website at plcinteriors.com or email plcinteriors@sbcglobal.net

The grimiest item in your kitchen you don't wash enough

The grimiest item in your kitchen you don't wash enough

Could jellyfish and chips be the next weird dish you try?

Could jellyfish and chips be the next weird dish you try?

Blue and white is a flexible color combination as it suits different design styles from formal, traditional homes to casual, beach-y cottages and every aesthetic in between.

Patti Cowger shares things to consider when trying to decide whether to reupholster or replace a piece of furniture.

If you’re thinking about giving your kitchen cabinets, or any cabinets for that matter, a makeover, it will probably include replacing the pulls on your old door and drawer fronts.

Interior designer Patti Cowger discusses the decisions she and homeowners made about decorating a historic Napa home.

Inside an open cast Carrara marble quarry, Tuscany, Italy with blocks of cut stone and heavy duty equipment below a mountain peak.

"Carrara marble is intertwined with silver, vein-cut and water-jetted marble to create an intricate floor in a San Francisco flat." The design is by PLC Interiors.

PLC Interiors combined quartz and marble in this kitchen makeover. Carrara quartz is used as a countertop and Calacatta marble mosaics is used as a backsplash."