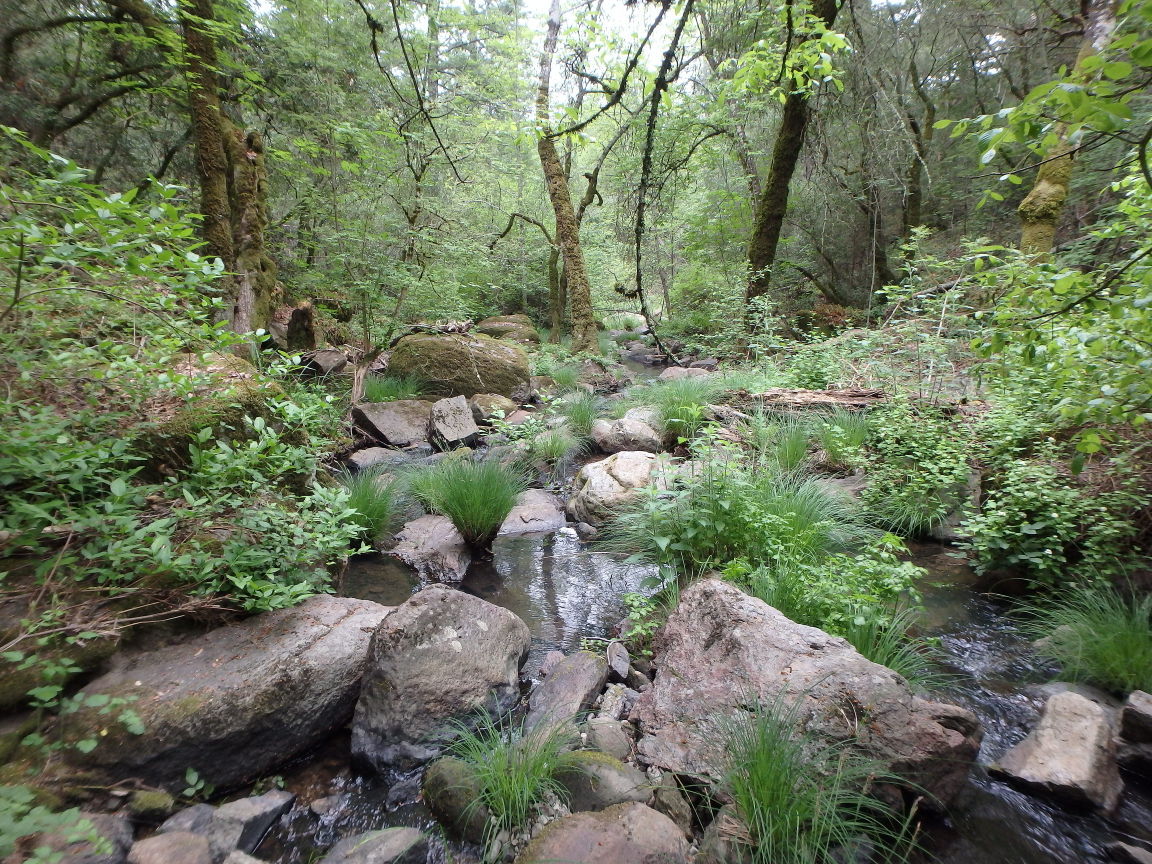 The Land Trust of Napa County has been working to restore the habitat along Conn Creek in the Linda Falls Preserve. 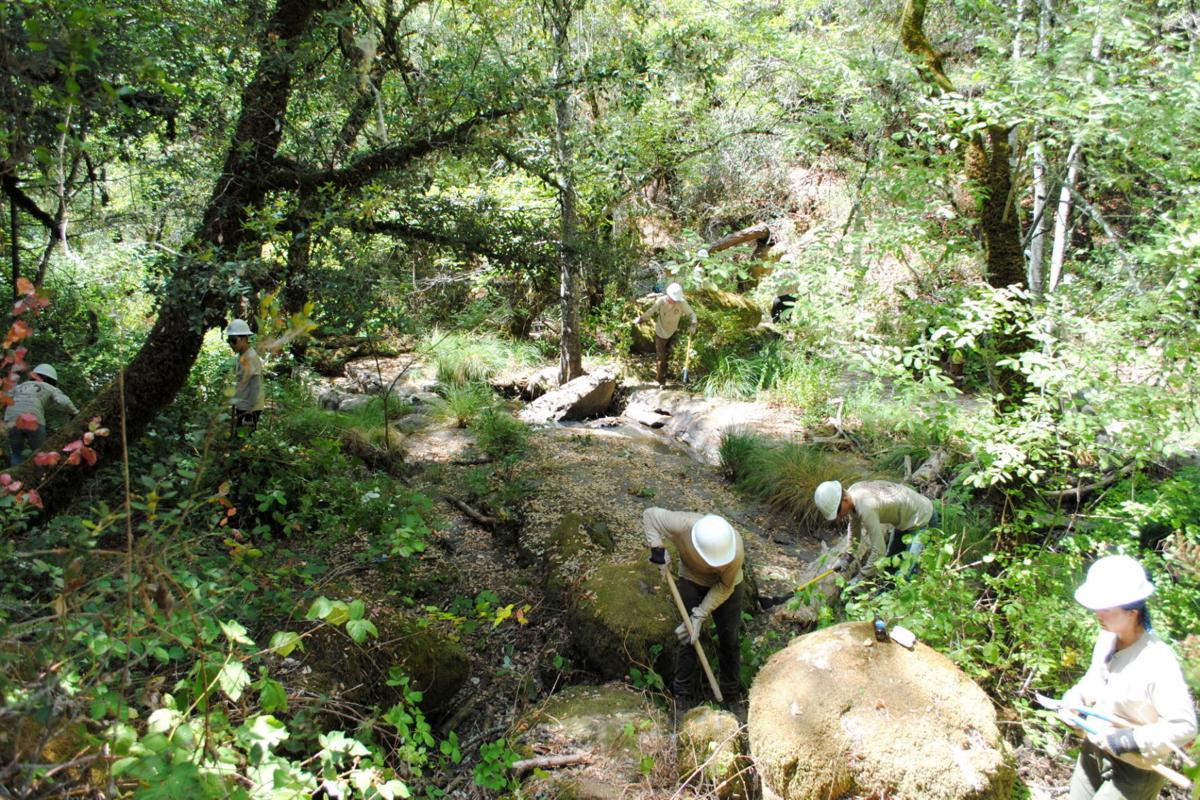 The  American Conservation Experience worked with the Land Trust on the Linda Falls restoration project.

Over the past year, the Land Trust of Napa County has been working collaboratively with multiple conservation partners to restore the stream-side habitat along Conn Creek within its Linda Falls Preserve.

The Linda Falls Preserve protects more than one mile of Conn Creek, a perennial tributary of the Napa River. Conn Creek feeds Lake Hennessey, the primary municipal water supply for the city of Napa.

Streamside, or riparian woodland is among the most biologically rich and productive habitat types in California. Unfortunately, it is also among the most threatened, with more than 90 percent lost statewide.

Riparian woodland habitat along Conn Creek has been highly degraded by invasive exotic plant species including Himalayan blackberry, French broom and English ivy. These noxious weeds, which were introduced from other continents through human activity, have been actively outcompeting and displacing native plant communities along the stream banks. Removal of these invasives, along with the active reestablishment of native plant species, is the primary goal of the Land Trust’s restoration efforts here.

The Land Trust is excited about the progress made toward restoration goals since the project’s initiation in 2014. Much of this progress was made possible by grants from the Napa County Wildlife Conservation Commission.

The project began with GPS mapping of invasive and native plant cover along the focal stream length. The Land Trust then worked with the California Department of Fish and Wildlife to ensure that restoration activities would benefit rather than impact special status wildlife species such as foothill yellow-legged frog and northern spotted owl.

During the summer of 2014, the Land Trust and the American Conservation Experience (ACE) removed roughly 60 cubic yards of Himalayan blackberry and other invasive plants within the restoration area.

The ACE crews were composed of energetic young adults from several European and Asian countries interested in participating in conservation efforts within the U.S. Crews meticulously removed invasive cover while carefully working around remaining native plants.

The crews next installed biodegradable erosion control fabric in areas that had been heavily invaded to prevent sediment from entering the stream during winter rains. The Land Trust is currently working to actively repopulate these denuded areas with native plants which, once reestablished, will help to stabilize the stream banks. In more moderately invaded areas, remaining native plant cover was sufficient to hold streambanks together and recolonize previously invaded patches.

Through much of 2014 and early 2015, the Land Trust worked with Oaktown Native Plant Nursery to collect and propagate more than 1,800 individual native plants of 23 different species from within the restoration area. Growing locally-sourced native plants has helped to protect the genetic diversity and integrity of plant populations within the preserve, and to ensure that these plants are adapted to local environmental conditions. In April, the plants were ready to go.

Initial restoration efforts appear to be paying off, as Land Trust staff has documented substantial declines in invasive species and increases in native cover throughout the restoration area. The Land Trust plans to continue Conn Creek riparian restoration efforts with project partners in the coming months through a second year of funding from the Napa County Wildlife Conservation Commission. We are excited about the transformation beginning to unfold along Conn Creek as native habitat returns. Our thanks to the generous partners, funders and volunteers who are making all of this work possible.

The Land Trust of Napa County holds regular volunteer workdays on Linda Falls and across our preserve network. For more information on how to get involved, visit www.napalandtrust.org, or email us at info@napalandtrust.org.

Mike Palladini is the land stewardship manager for Land Trust of Napa County.

Here's a list to help you sort out which things to spring-clean ASAP and which can be safely put off for a few more months.

If you’re thinking about giving your kitchen cabinets, or any cabinets for that matter, a makeover, it will probably include replacing the pulls on your old door and drawer fronts.

The Land Trust of Napa County has been working to restore the habitat along Conn Creek in the Linda Falls Preserve.

The  American Conservation Experience worked with the Land Trust on the Linda Falls restoration project.