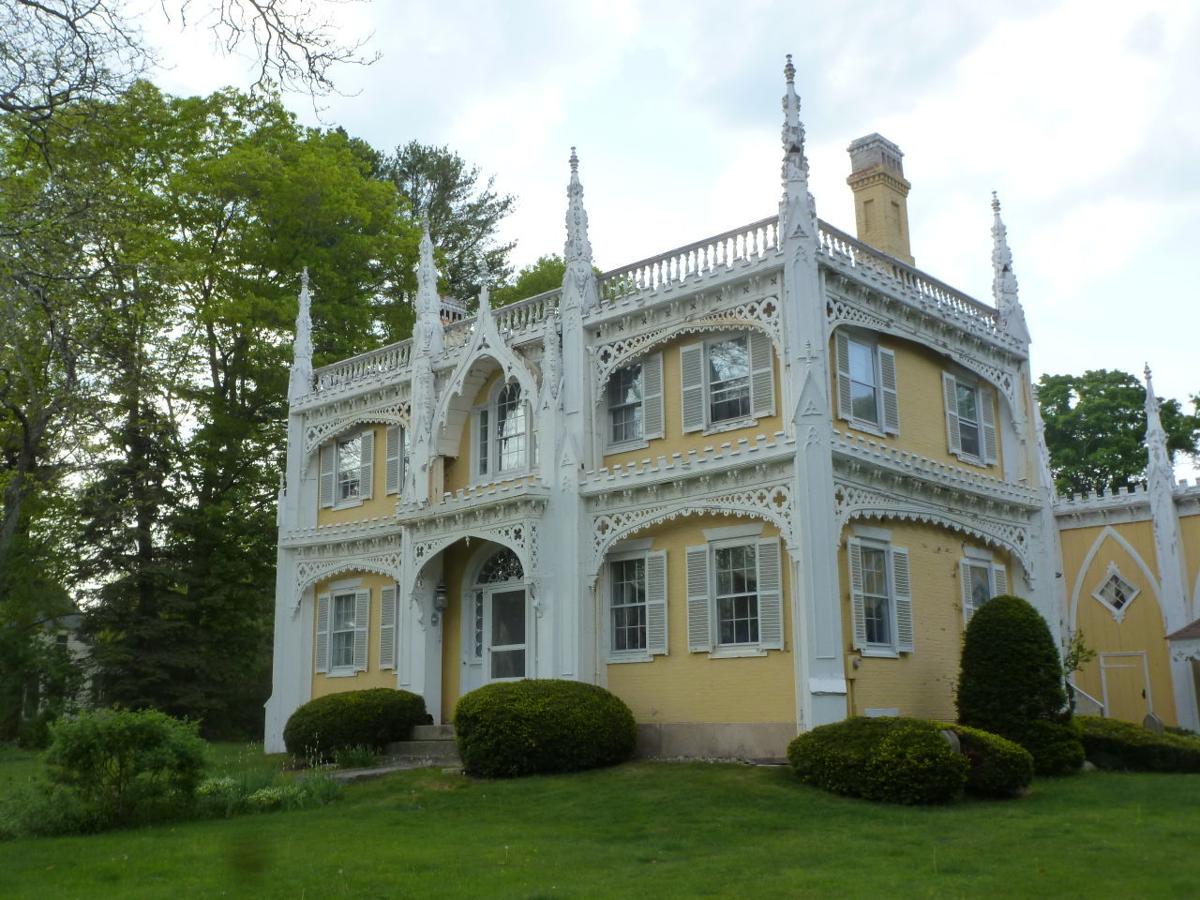 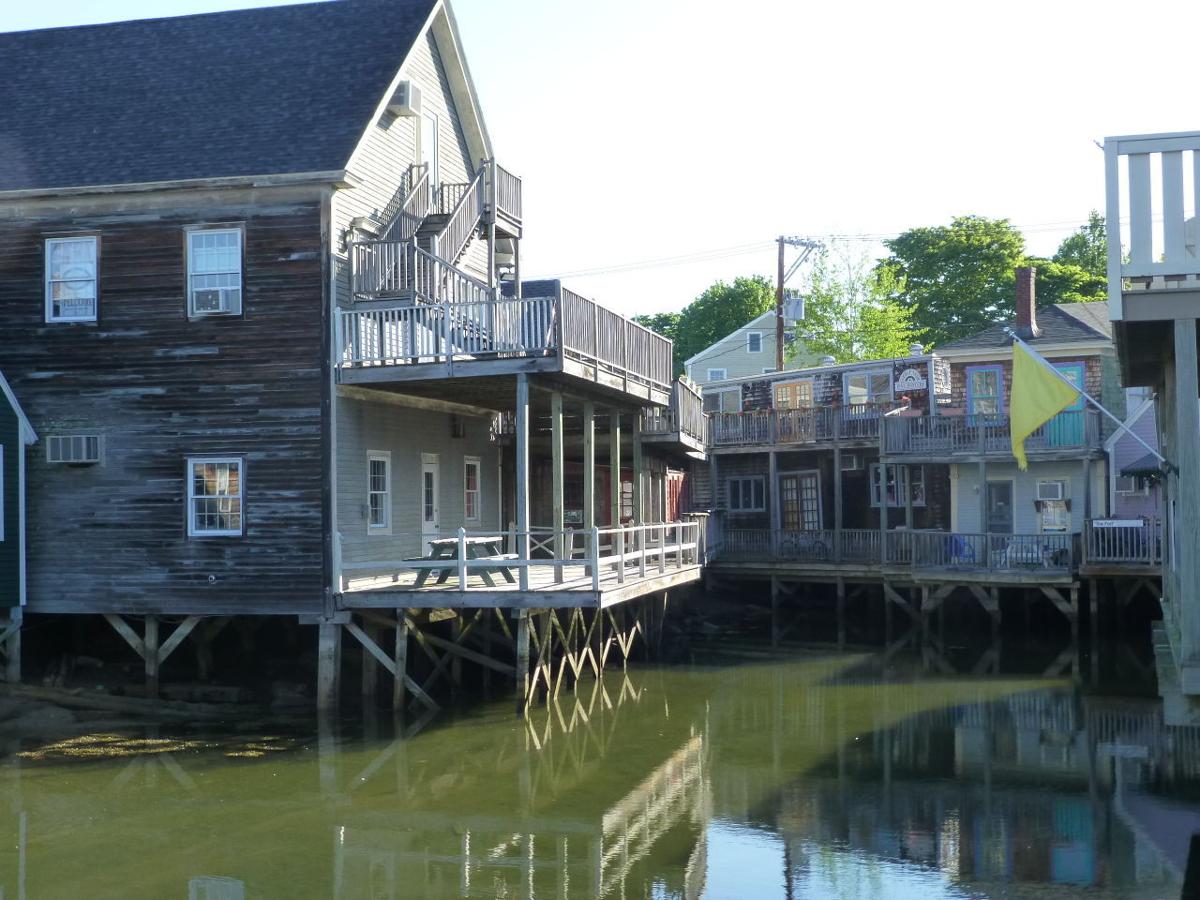 A backwater view of Kennebunkport. 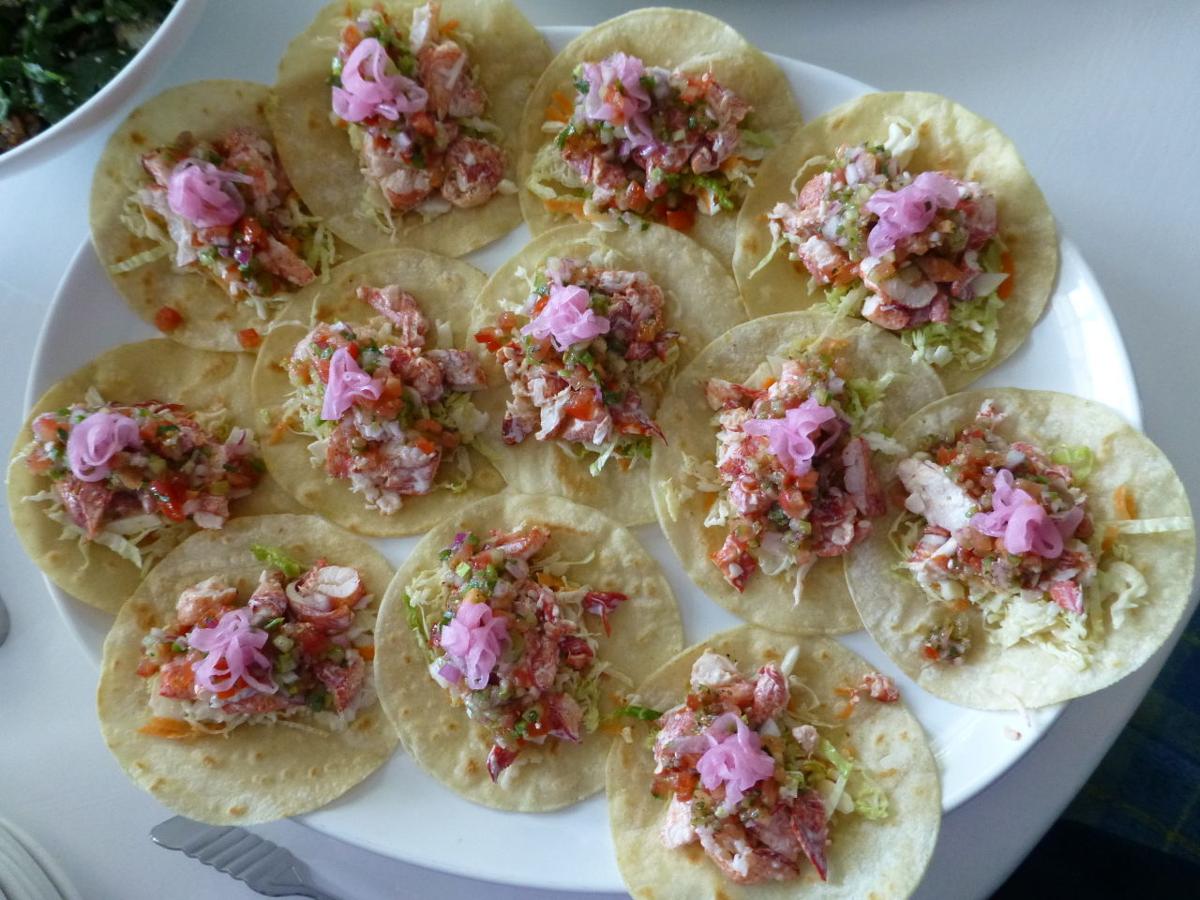 Lobster tacos as served up in Kennebunkport. 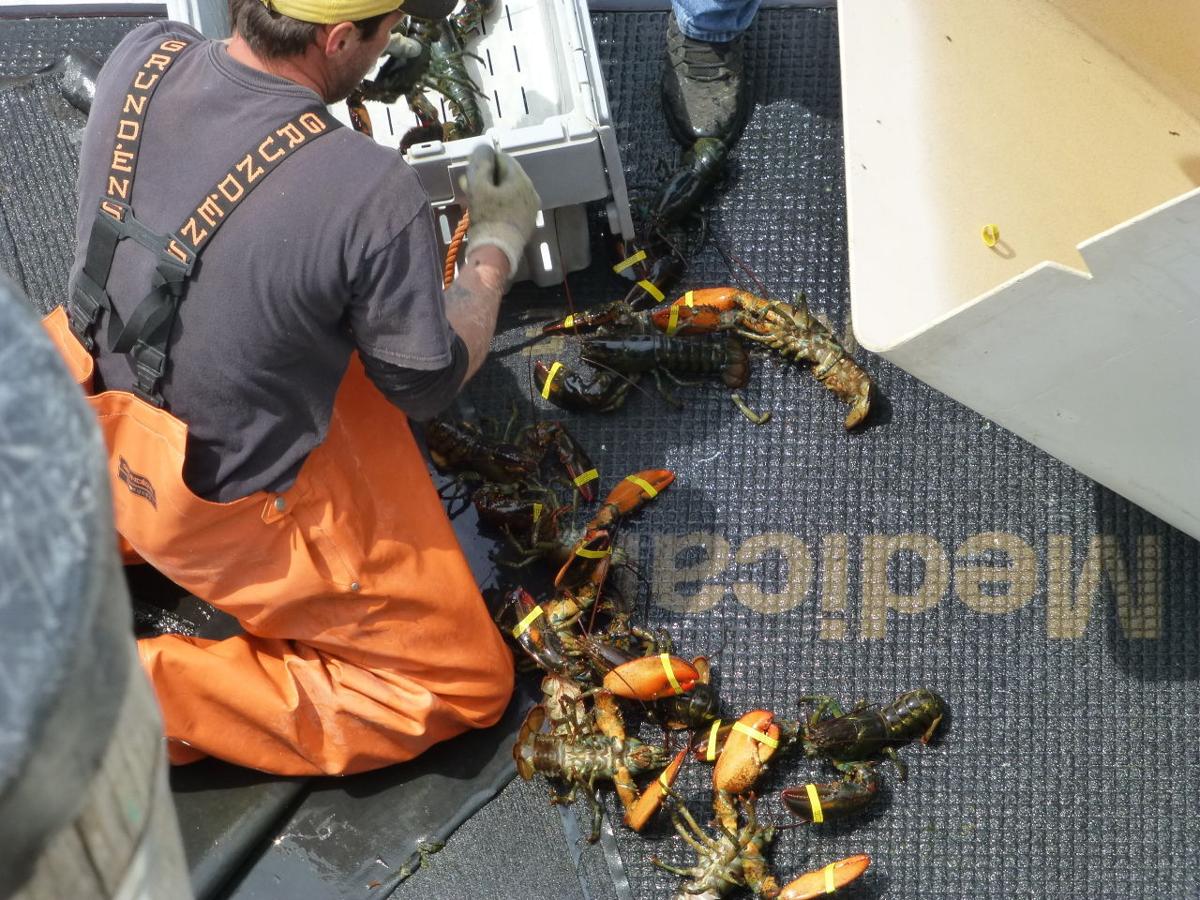 A fisherman weighs his lobster catch in Kennebunkport. 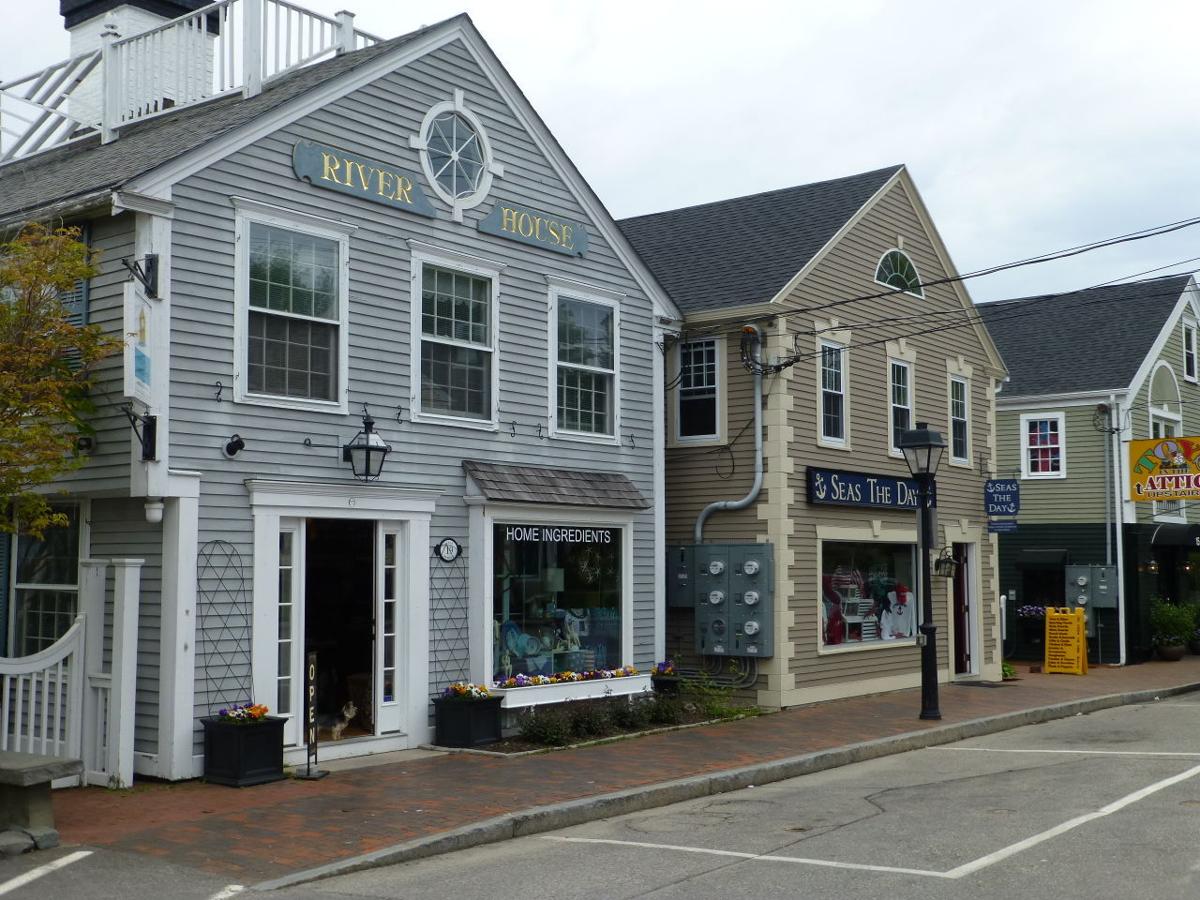 A row of shops line a Kennebunkport street. 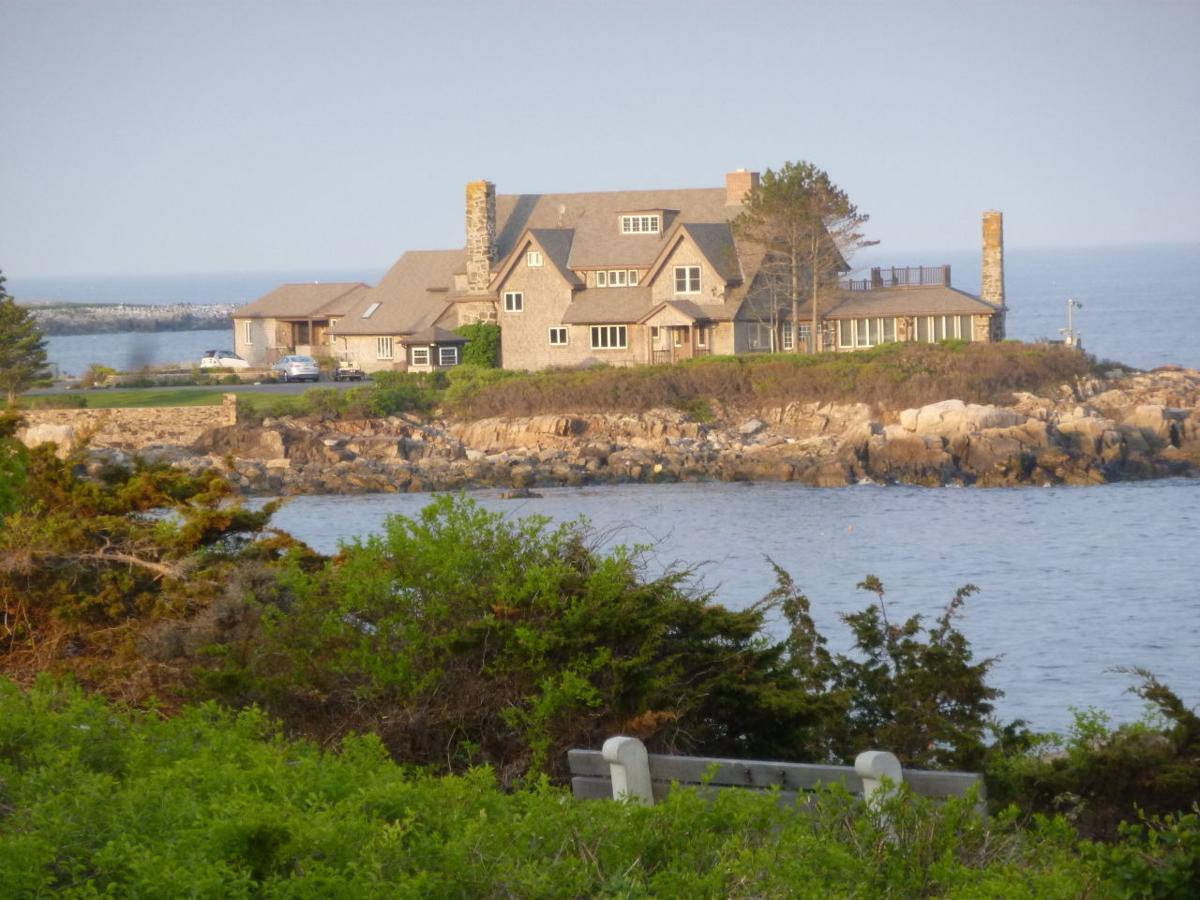 The Bush family compound at Walker's Point in Kennebunkport.

A backwater view of Kennebunkport.

Lobster tacos as served up in Kennebunkport.

A fisherman weighs his lobster catch in Kennebunkport.

A row of shops line a Kennebunkport street.

The Bush family compound at Walker's Point in Kennebunkport.

KENNEBUNKPORT, Maine — The very sound of the name — Kennebunkport — stirs up visions of a storybook village where you might run into Dick Van Dyke or Pluto around any corner.

But this tiny hamlet of fewer than 4,000 souls on the Maine coast has long been a summer retreat for millions of Northeast tourists, and while you won’t see Dick or Pluto, you may spot an ex-president or two at one of the local cafes.

Kennebunkport has been the summer home of George H.W. Bush and wife Barbara since the 1970s, and they are revered (almost canonized) for the many contributions — financially and personally — they make to this community. George has often described it as “one of God’s special places on Earth.”

There’s nary a bad word said about the Bushes in Kennebunkport. I’d check my politics outside of town, if I were you.

You can easily walk the entire village — past cute shops, seafood stands, fancy restaurants, the wharf, historic inns, not so historic taverns and even view the Bush home on Walker’s Point — in less than a day.

Sooner or later, you’ll end up at Dock Square in the heart of the village. In a sense, Kennebunkport seems like one of those animated scenes in Macy’s window at Christmastime, as though someone switches it on at dawn and turns it off at night. You can almost “hear” the quiet at midnight.

And that’s what makes it so charming. It’s so cute here that even the “red” fire hydrants have been painted blue and white.

We stayed at the Kennebunkport Inn at Dock Square and would watch the village come alive each morning, shop by shop. By midday, the tourists would be in full swing with cruise buses arriving from Portland or Portsmouth.

After a few lobster rolls, a little shopping and a quick view of Walker’s Point, the tourists usually started to taper off. When all were gone, Kennebunkport could turn off its switch and call it a day.

Although this fairy-tale formula has successfully brought in tourists for many years, the saying “if it ain’t broke, don’t fix it,” has been set aside. Well-heeled developers have decided to up the ante in hopes of transforming Kennebunkport and the surrounding area into an international tourist destination.

A corporation known as the Kennebunkport Resort Collection (KRC) is at the forefront. As of this writing, it has acquired nine properties, including the Kennebunkport Inn, is upgrading all of them and is bringing in hot young chefs for its restaurants.

So now, in addition to the lobster rolls and fried clams, you can have a side order of foie gras.

“To succeed on an international level, you need food to satisfy everyone’s palate,” said Brian Huppe, general manager of the Kennebunkport Inn, himself a chef.

There are about 25 historic bed-and-breakfast inns nearby, many of them the original mansions of the early shipbuilding tycoons. They, too, are upgrading their properties to keep up with the KRC.

“We’re making changes that aren’t even needed, just because we’re afraid we’ll be left out,” one innkeeper who didn’t want to be identified told me.

And then there are those 4,000 residents with nothing to do with tourism, who are left scratching their heads and wondering, “Am I going to be able to go out and still get a good lobster meal for under $20 when this is all over?”

An organization known as The Chamber, basically a combination of the Chambers of Commerce for the three adjoining communities of Kennebunkport, Kennebunk and Arundel, is also a key player in the bold move to go international.

“We’ve done well over the years,” said Laura Dolce, executive director of The Chamber, “because of our ideal location … less than two hours by car from Boston and less than six hours from New York City and Montreal. Now it’s time to think global.”

Some of the longtime attractions in the Kennebunkport area, in addition to Walker’s Point and the Bush estate, include:

— Schooner Tours: two-hour sails through the Kennebunk River and the scenic coastline from Cape Arundel to Cape Porpoise.

— Ogunquit Playhouse: one of the last remaining summer theaters from the Straw Hat Circuit, also referred to as Summer Stock, still producing live musical theater. You’ll be amazed at some of the old-time performers who got their starts here.

— The Grand Historic Inns: There are about 25 of them in the area, no two alike, and no story alike. Each innkeeper will weave a fascinating history of the mansion, and each story will usually contain suspense, sexy scandals and supernatural tales, believe them or not.

On the new and upcoming front:

— Young and ambitious chef Nick Gratton is dishing it out at the One Dock Prime Steakhouse at the Kennebunkport Inn.

— A new program called Table featuring culinary demonstrations, tastings and mixology classes was taking place at various inns while we visited but will soon have a permanent location.

— There’s also talk of a new concert hall and convention center, and meanwhile, just about every shop owner and innkeeper is either expanding or sprucing up, just to play it safe.

Perhaps these bold ventures will pay off, and one day Kennebunkport will be right up there on the tourist trail with Miami and San Francisco.

But for now, I’m perfectly content with the outside chance of bumping into Snow White or Mother Goose around the next bend.

Dominick A. Merle and Susan Merle are travel-writers and consultants based in Montreal. Dominick is co-founder of the International Food, Wine & Travel Writers Assn.

Best Travel Stories From Our Readers

Each Monday, the Napa Valley Register features travel stories in the Connections section.