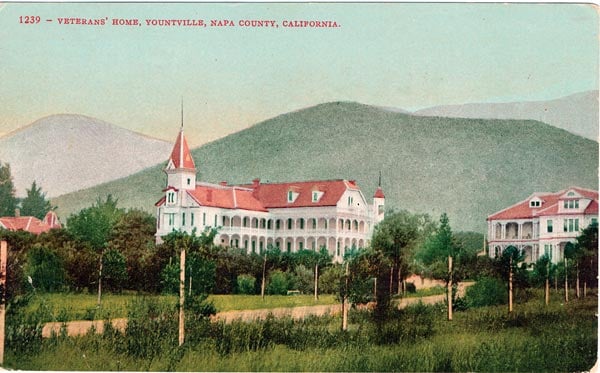 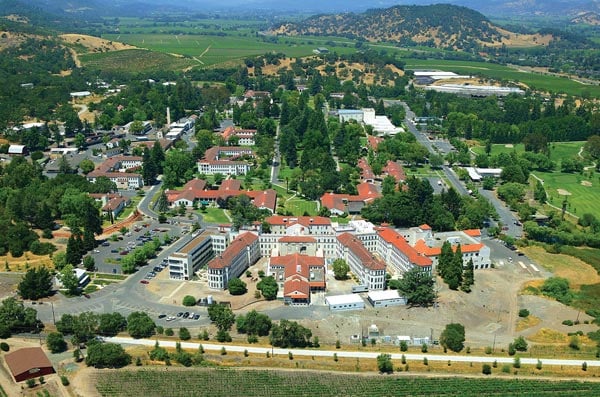 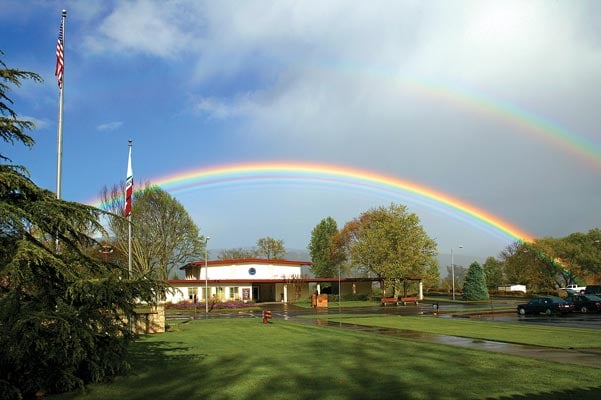 April 1 marks the 125th anniversary of the official opening of the Veterans Home of California at Yountville.

Two little known but important historical facts are that Napa Valley residents were some of the first U.S. military veterans from California and that the home was the first such veterans facility in California.

Veterans have been an important part of the Napa Valley community from its beginnings.

In the early days, residents of the home raised livestock and fruit contributing to the agricultural commerce of the valley. Today the grounds of the home not only provide a residence for 1,200 veterans, but are also a center of culture and recreation for the valley including the Lincoln Theater, home of the Napa Valley Symphony, the Napa Valley Museum, and a well-loved baseball field.

Many local athletes have fond memories of playing baseball at Borman Field stadium, and a number of charitable and nonprofit events are hosted at the home each year, including the Rotary “Cycle for Sight” bicycle event and golf tournaments sponsored by the Kiwanis and other groups at the Vintner’s Golf Course.

When it opened in 1884, the home was the first U.S. military veterans home west of the Rocky Mountains, whose residents included 42 Mexican War and Civil War vets.

But first, a little history.

Its slow and eventual growth was helped tremendously by the Gold Rush, as was virtually every locale in Northern California.

Nathan Coombs had founded the town of Napa and the town site was surveyed in 1848.

The Napa Valley Register was founded in 1853, the communities of Saint Helena, Yountville, and Calistoga were established, and churches and cemeteries blossomed. Charles Krug, Jacob and Fredrick Beringer, and Jacob Schram planted vineyards that were the harbinger of the premium wine industry that would come to the Napa Valley in the mid-20th century.

At just about that time, in San Francisco, the Society of Mexican War Veterans began to propose a Veterans Home for California. In 1846, San Francisco — or Yerba Buena, as it was called during the Mexican era — was not much more populous nor did it have many more buildings than the Napa Valley.

But by the 1870s, San Francisco was the crown jewel of the west, thanks to the Gold Rush of the ‘50s and the coming of the railroad at the end of the ‘60s.

The war between the states, the Civil War, had been such a violent and bloody war that there were many young disabled veterans who were in need of help. And by the 1870s, some Mexican War veterans were becoming aged or suffered from war-related infirmities, but were too few and too weak organizationally to succeed with their drive for a veterans’ home.

In 1877, the Grand Army of the Republic, a fraternal organization composed of veterans of the Union Army in the Civil War — and among the first organized interest groups in American politics — took up the cause to secure land in San Francisco for a veterans home.

Thanks to the efforts of the GAR, the Legislature donated a site in San Francisco in 1877, but later decided that the site was not appropriate. After exploring several alternatives, on Oct. 24, 1882, a 910-acre site was purchased in Yountville for $17,500.

It took until 1884 before money was raised and buildings were constructed so the Vets Home could be officially opened. Tiny, rural Yountville was chosen over 27 other prospective sites, in part because of its location between San Francisco and Sacramento. But by the time the Veterans Home opened its doors in 1884, the funds it had raised to buy the property and erect the original buildings had all been spent, and the association established in San Francisco by the Society of Mexican War Veterans and the GAR was bankrupt.

Forty acres of vineyards were planted at the Veterans Home, along with peach and plum orchards.  Farms on the property supplied both food and saved on the expenses that the home could ill afford.

The “cottage system” which housed residents integrated well into the natural environment. A local newspaper of the day noted that “the inmates will be lodged in pleasant, pleasing and picturesque five-room cottages surrounding the main edifice … the style of architecture is cosmopolitan, very pleasing and appropriate for a suburban home.”

In the decade that followed, both the Veterans Home and the valley struggled through difficult financial times.

The private association responsible for the home and the veterans themselves managed to secure funding from both the state of California and the federal government, but in 1896 Washington determined that it could no longer fund a privately-operated facility and withdrew its financial support. The association had no choice but to turn the Veterans Home over to the state of California in 1897 for the princely sum of $20. The name was officially changed to the Veterans Home of California at Yountville.

At that time the home consisted of 55 buildings — each having steam heat, electric lighting, running water and a sewer system — along with a successful dairy, hog farm and chicken ranch. It included on its 910 acres the homes of 800 veterans of the Mexican, Civil, and Indian wars. At the time the state took over the home it had an estimated value of $320,000.

From this point until the beginning of the 1920s, when an inspirational, dedicated and capable new administrator arrived at the home, it continued to operate as it had. But slowly buildings began to deteriorate and, the home became overcrowded and lacked its old vitality.

The Veterans Home would find its salvation in the person of Col. Nelson H. Holderman, a World War I veteran and recipient of the Congressional Medal of Honor. Holderman was either the first or second most-decorated soldier of World War I, a distinction that brought him national prestige he did not fail to exploit in seeking to improve the Veterans Home.

Holderman was appointed commandant of the home in 1919. Although this combat-hardened solder would fight many bureaucratic battles on behalf of the home, his biggest challenge would come from the Civil War veterans at the home and on its board who resisted the changes he was advocating. Not wanting a confrontation with these old vets, he resigned as commandant in 1921, vowing that he would return.

After several members passed from the board Col. Holderman returned to his position as commandant in 1926 and remained there until his death in 1953. He is generally credited with a revitalization of the Veterans Home that can be seen and felt until today.

Holderman was able to overcome many political and bureaucratic roadblocks during his tenure, and he replaced and remodeled many of the run-down administrative and residential buildings, as well as planted the now mature grove of towering trees from around the world, known as Holderman’s Grove. Significantly, in 1929 he was also able to oversee the construction of a 500-bed hospital that the home had needed for years.

Since that time, a host of local and world events — including the Depression, World War II, the Korean and Vietnam wars, the Gulf war, and the wars in Iraq and Afghanistan — have had an impact on both the Napa Valley and the Veterans Home, and both have weathered the difficult storms and mutually prospered.

From the time of Col. Holderman, the Veterans Home has grown to be not only the largest veterans home in California, but also the largest in the country. Regardless of what the next 125 years bring, history tells us that the destiny of the valley and that of the Veterans Home will continue to be intertwined.

Gaughan is a 10-year resident of the Napa Valley and an amateur historian of the Napa Valley. He is also a volunteer at the Veterans Home in Yountville and the Napa Valley Historical Society, both of which provided photos and research material for this article. He can be reached at togaughan@gmail.com or 258-0790.

Join in the fun

On April 1, 1:30 p.m., at the Main Chapel, the public is invited to join in celebrating the 125th anniversary of the Veterans Home of California at Yountville. At 2 p.m., there will be a slide show followed by an ice cream social at 2:30 p.m.

On April 4, 10 a.m. there will be a Napa Valley Cruisers car show and at noon is the Golden Hills Mustang Club car show.