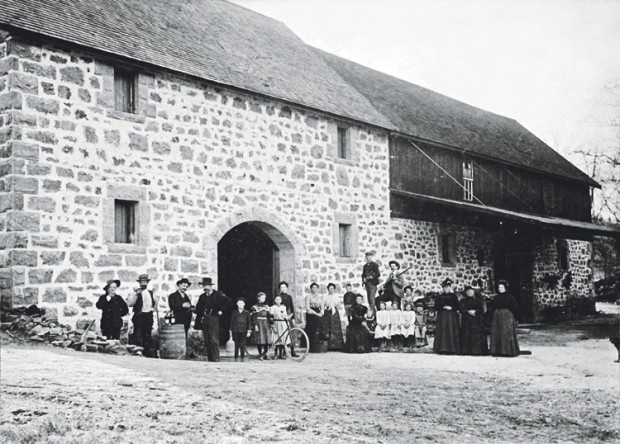 Josephine Tychson, after her husband’s suicide after battling tuberculosis, devoted her time to running a vineyard. Submitted photos 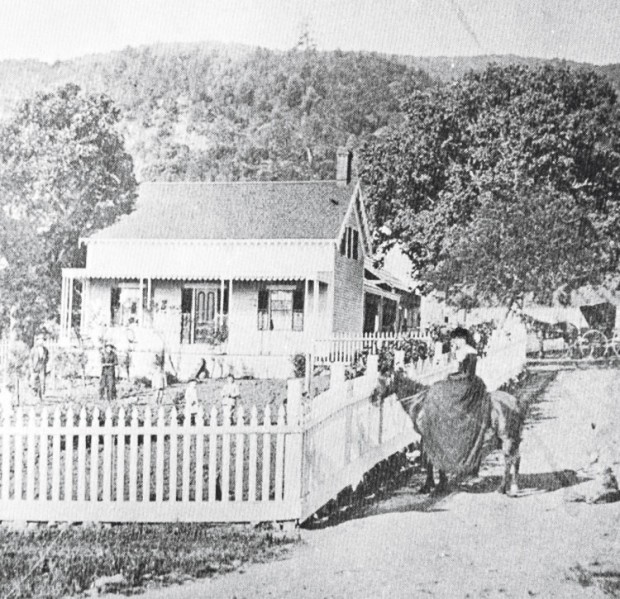 Although the winery does not exist today, her home still remains — a remnant of her legacy as the first true female vintner in California. It’s beneath the Freemark Abbey Gift Shop in St. Helena.
By JENNIFER MAUDRU, Napa County Historical Society Intern

The first true female vintner in California settled in Napa Valley as the wife of a farmer. But after her husband’s tragic suicide after battling tuberculosis, Josephine Tychson threw herself into the running of a 19th century vineyard, winning recognition as a grapegrower.

Tychson was born March 5, 1855, into an affluent family from Pennsylvania. From an early age, her parents emphasized the importance of their daughters’ independence; a principle that appears to have guided Josephine past personal trials and tribulations in her later life tending to her vineyard. After the death of her sister Catherine, she married her Danish brother-in-law, John C. Tychson, whose occupation was recorded as a community farmer.

Forging a new life together, the married couple came to the Napa Valley and purchased 147 acres of land from sea captain, William James Sayward. Both engendered a dream of building a prosperous vineyard within the heart of the wine country. Unfortunately, John often suffered from period illnesses. Afflicted by tuberculosis, this may have been the motivating factor that prompted him to commit suicide. Circumstances suggest that he had traveled to Oakland, received lodging at the Newland House Hotel, where his body was discovered shortly after the suicide.

However, it was during this mourning period that Josephine exhibited a penchant for understanding how to survive. Not only burdened with the upbringing of two children, Josephine was also confronted with the heavy task of vineyard construction and design. Both she and her foreman implemented an ambitious project for the assemblage of a new wine cellar. The capacity within the newly forged space boasted of being able to contain 20,000-30,000 gallons of wine cargo; an impressive size for its time. For eight years, Josephine devoted her life to the subtle caretaking of her crops. She not only nurtured her children but also the soil of her land, using her knowledge and upbringing to ensure its’ fertility. Unfortunately, by 1893, her crops were unable to resist the harmful advancement of phylloxera. At least 10 acres of her crops were destroyed by the parasite, eventually prompting her to relinquish her ownership of Tychson winery to an interested bidder.

Yet the highlight of Josephine’s career should not be centralized on the loss and desertion of her winery, but rather the fortitude she demonstrated when carving the vintner’s dream, a dream carried by both herself and her deceased spouse. Although there have been several newspaper reports to suggest women had been active participants in the wine-making process, most of these women were widowers and proceeded to monitor vineyard properties through their former spouses’ instruction.

However, for Josephine, she extended her role far beyond the extent of her predecessors. She encapsulated the role of a supervisor, making firsthand decisions after consultations with her foreman. In an 1891 report of the California Board of Viticultural Commissioners, it reported Tychson Winery to have, "expanded to 65 acres of wine grapes, of which 55 acres were in bearing." In 1890, the report announced that Zinfandel, Riesling and Burgundy wine were being made within the operations of the winery. Indeed, after her winery earned acclaim, Josephine’s name was even listed within the Napa-Sonoma County Directory of 1889-90, as a "fruit grower/wine maker.”

Although Josephine’s winery does not exist today, her home still remains —a remnant of her legacy as the first true female vintner in California. It’s located beneath the Freemark Abbey Gift Shop in St. Helena.

The Napa County Historical Society presents “Harvesting History,” a new exhibition about early wine and agriculture in the Napa Valley, pre-1940.  Discover prune farms, walnut orchards, and pioneers of Napa’s wine world in the exhibition. Curated by Jennifer Maudru and sponsored by Freemark Abbey Winery and Charles Krug Winery, the exhibition is on display until June 30th.

Research for this article was conducted at the Napa County Historical Society in the historic Goodman Library Building.

The Society houses an extensive research library, changing exhibition space and presents a variety of programs and events.

The society is a non-profit 501(c)3 organization.

For more information or become a member visit www.napahistory.org or call 707-224-1739.

Josephine Tychson, after her husband’s suicide after battling tuberculosis, devoted her time to running a vineyard. Submitted photos

Although the winery does not exist today, her home still remains — a remnant of her legacy as the first true female vintner in California. It’s beneath the Freemark Abbey Gift Shop in St. Helena.
© Copyright 2021 Napa Valley Publishing, 1615 Soscol Ave. Napa, CA | Terms of Use | Privacy Policy | Do Not Sell My Info
Powered by BLOX Content Management System from TownNews.com.
You don't have any notifications.