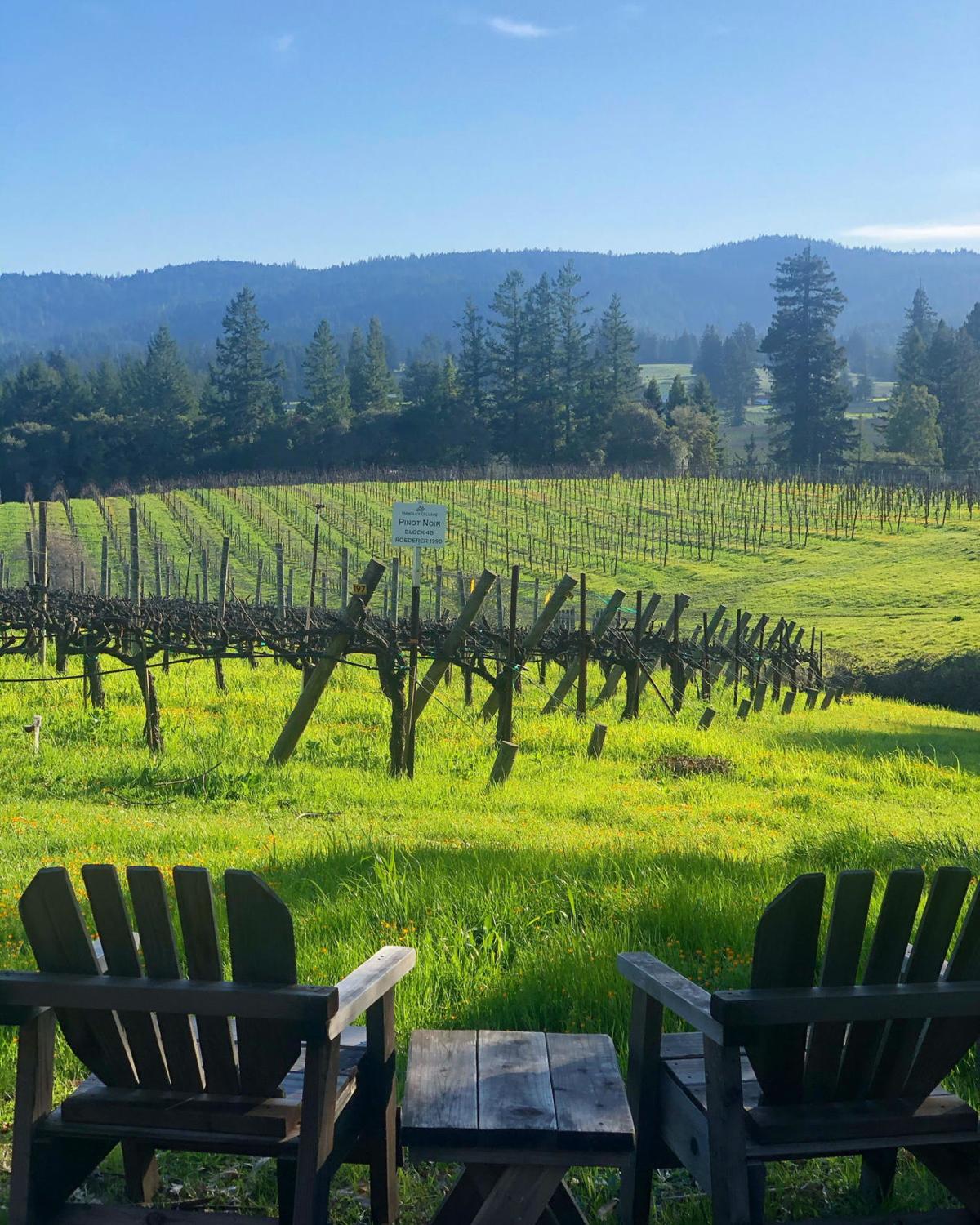 Handley Cellars in the Anderson Valley. 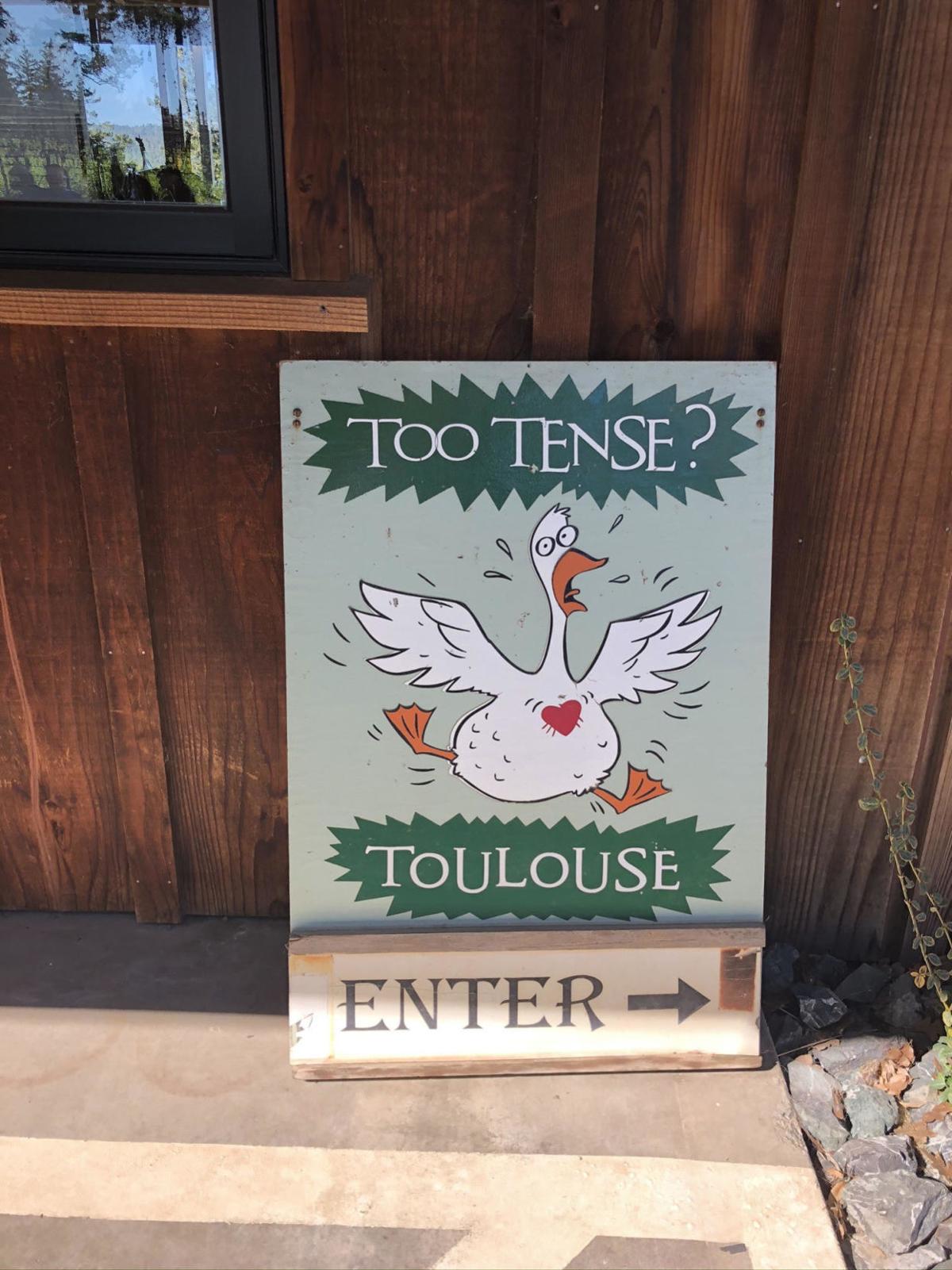 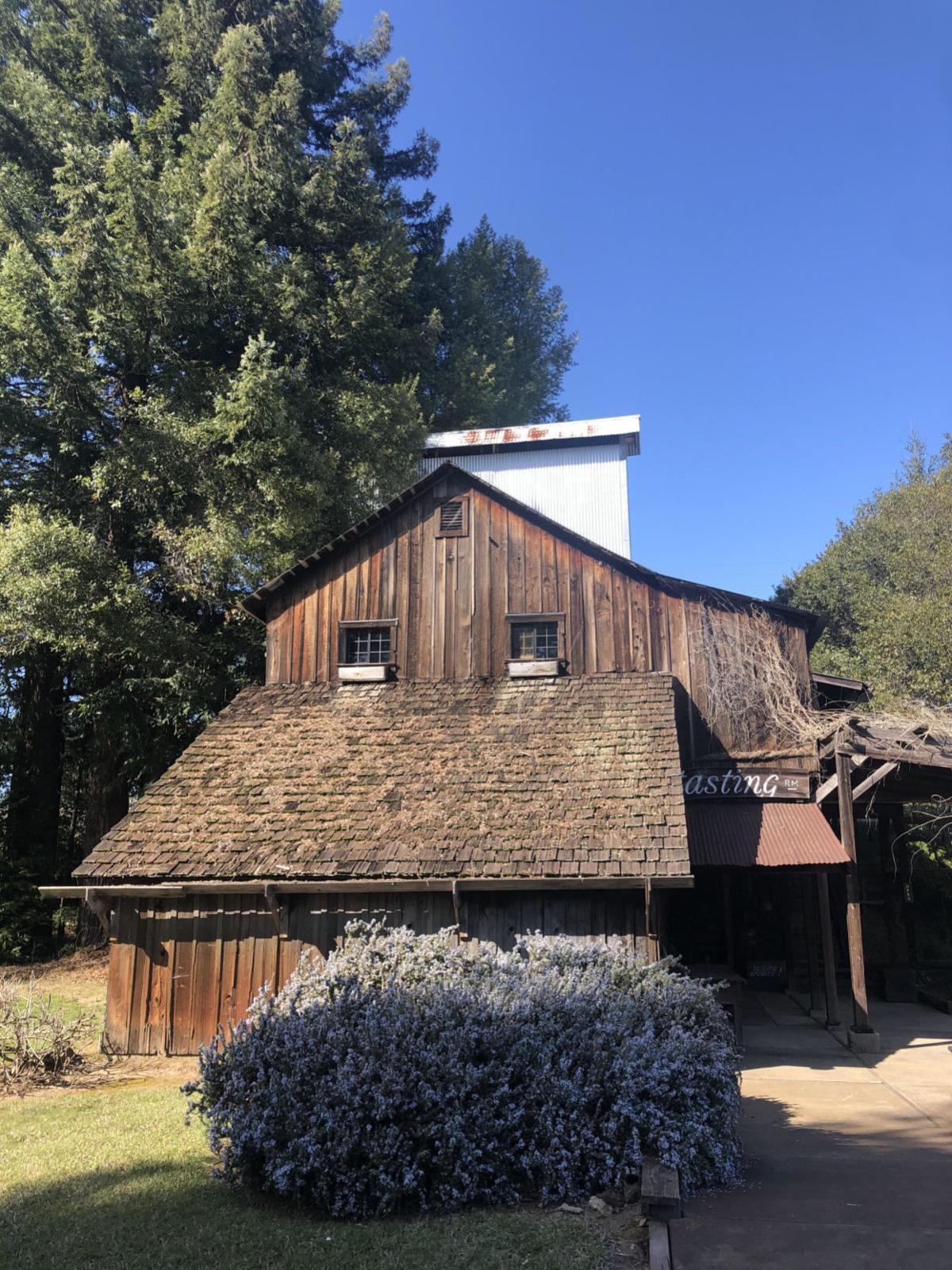 Like many of my peers, I spent the week of Feb. 17 hopping between a blur of Premiere Napa Valley events. And don’t get me wrong, it was a lot of fun, but I left town on Friday before the auction, for I had another wine event to attend.

This one wasn’t as luxurious or ostentatious as the fabulous parties I’d attended the previous days. On the contrary, I could have shown up to this event in pajamas and few would have blinked an eye. This is because I was in Anderson Valley in southern Mendocino County, where everything is significantly slower, chiller, and quirkier. You’d be hard-pressed to find a Cabernet anywhere, but I’d had plenty of that already.

Instead, I was here for the ultimate palate refresher in the form of the Anderson Valley Winter White Wine Festival, formerly known as the Alsace Festival. The agenda: aromatic whites, like Riesling, Gewürztraminer, and Pinot Gris, which I’d be hard-pressed to find in Napa Valley.

Blessed with uncharacteristically beautiful February weather, my weekend consisted of a Friday night crab feed and on Saturday, a Riesling-focused seminar, grand tasting, and a Alsace-themed dinner in the cellar at Handley Cellars, my generous hosts for the weekend (because of the limited lodging in Anderson Valley, a lot of wineries open up their guest houses for the festival). On Sunday, many of the featured producers put on open houses, including food, entertainment, and special wine verticals or releases.

Here are the producers that made the biggest impressions over the weekend, all for different reasons.

Baxter WineryWhen this weekend was the Alsace Festival, a lot of Anderson Valley producers were excluded from participation due to a lack of Alsatian wines. But now that it’s the White Wine Festival, the doors have swung wide open for producers making Chardonnay. Baxter Winery caught my attention at the Grand Tasting, for they were pouring a vertical consisting of their 2010, 2013, 2015, and 2017 Oppenlander Vineyard Chardonnay, all aged solely in neutral oak for a bright, clean, and fresh style of Chardonnay that I tend to lean towards. A barrel stave at their table cleverly read, “All Neutral...All The Time.” The 2010 was still tasting vibrant, but the 2013 was absolutely singing.

Curiosity piqued, I made a point to seek out Baxter’s tasting room on Sunday, set in a cozy, modern house in Philo, to revisit the Chardonnay, but also taste their Pinot Noirs—these too were aged in neutral oak and yet nonetheless possessed an astonishing amount of structure—plus two unique bottlings of Montalpuciano and Nebbiolo. I ended up walking away with their new magnum release of the 2015 Chardonnay. Verdict: Great wines all around.

Minus TideThis young brand is a partnership between three, 30-something wine industry pros who met at Cal Poly, San Luis Obispo and still have their day jobs, but it’s obvious their line-up of uber-coastal Mendocino County wines are getting a lot of attention from their peers. They don’t have a tasting room, but after sampling a bit at the Grand Tasting, I was able to do a deep dive into their lineup on Sunday at Disco Ranch, a great little wine shop and market in Boonville, along with their friendly husky named Joe. Outside of the standard Anderson Valley Pinot Noir and Chardonnay they also make a Riesling, Chenin Blanc, Carignan, and Syrah. All of the wines were elegant and balanced with a focus on high acidity and lower alcohol.

As a bonus, their most expensive bottle is $42. The Feliz Creek Vineyard Carignan Rosé, produced from head-trained, dry-farmed vines planted back in 1908, was my first official Rosé purchase of 2020 and I picked up a bottle of the Valenti Vineyard Syrah too. I’ve been on a cool-climate Syrah kick lately and this particular vineyard site sits just six miles from the coast.

Phillips HillI’m by no means an avid Gewürztraminer drinker, but Phillips Hill’s really left an early impression on me at the festival and was my favorite bottling of the grape over the weekend. It’s also a winery that’s been on my list to visit for a few years now. So after the Grand Tasting, I made my way over to this unassuming redwood barn with quaint picnic grounds and a very friendly orange cat. I left that tasting with a bottle of the Gewürz and the Oppenlander Pinot Noir. Over the course of the weekend, I was able to identify that the Oppenlander vineyard in the tiny Mendocino town of Comptche is a sweet spot for my preferred style of Pinot Noir: super coastal with some bigger body and opulence to it.

& WineryI went to Toulouse because I heard they had one of the most beautiful tasting rooms in Anderson Valley with a killer view of the Navarro River. I can confirm that this is all true and I appreciate that they don’t take themselves too seriously either — though, no one in Anderson Valley, except for maybe Goldeneye, does — selling T-shirts that read, “Too Tense? Toulouse.” I had also really enjoyed a completely unoaked Chardonnay of theirs at the Grand Tasting. Had I been tasting blind, I’m certain I wouldn’t have pegged it as a Chardonnay. One of the other most interesting wines from Toulouse was a carbonic macerated Pinot Noir. It’s not usually my style, but I found it enjoyable, especially on a warm, spring-like day.

Handley CellarsDuring my down time, I had the privilege of sipping Handley Cellars Gewürztraminer from an Adirondack chair while looking out at gorgeous old vines on their estate. Then later that evening, I had the pleasure of sitting next to Lulu McClellan, the daughter of Handley Cellars founding winemaker Milla Handley, for their four-course Alsace dinner. Milla was one of the early female winemakers in California, graduating from UC Davis in 1975. She was also one of the early pioneers of Anderson Valley wine country, starting the winery in 1982. Handley is clearly an Anderson Valley classic but has managed to fly under the radar. I love this continuation of strong women leaders, and I could tell it’s a special place after speaking with several of their longtime wine club members, who just can’t help but visit year after year. My favorite wine of the evening was the last: the 2014 Late Harvest Riesling paired with an apple crumble.

Bee Hunter WineI’m a big believer that people play a major role in the experience of wine, and my introduction to Bee Hunter is a great example of this. In an act of classic Anderson Valley hospitality, founders Ali and Andy DuVigneaud invited a small group of us to an impromptu after-party following the crab feed, for their tasting room is located right across the street from the fairgrounds. After climbing through a large side window to get in — so as not to make any passerby think they were open — they graciously opened up their huge line-up of wines.

If you’re looking to taste through a diverse portfolio in Anderson Valley, this is a great place to start. And if you get the chance to meet Ali and Andy, you’ll want to buy their wine not only because it tastes good, but because it’s clearly made by good people who are fun and down to earth.

Eduardo Dingler, Wine to Sake: Pinot Noir in its many forms

Eduardo Dingler explores a range of Pinot Noir wines from a recent tasting.

Quest: I no longer have Covid-19, but these symptoms remain

Handley Cellars in the Anderson Valley.