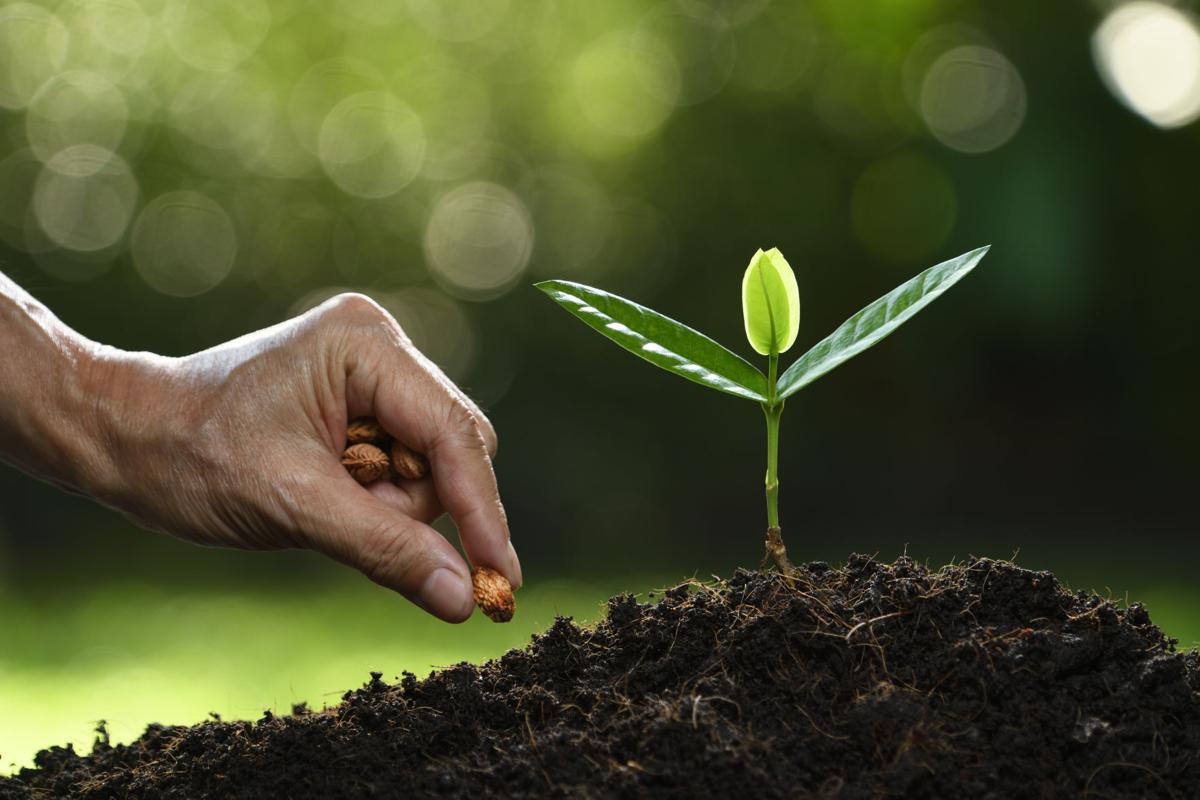 During the pandemic Napans Lauren Muscatine and Lilea Heine c-founded the Napa County Seed Library to save and share seeds. 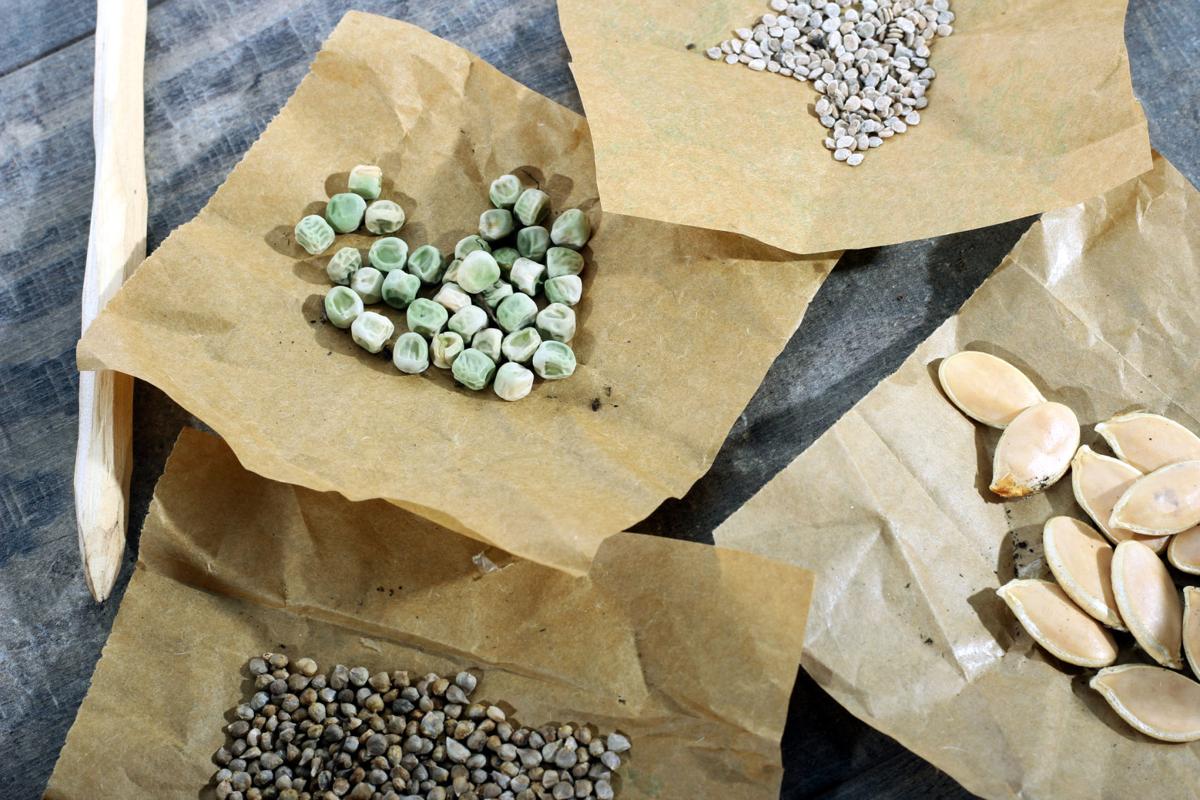 People often view seeds as powerful metaphors for transformation. Lilea Heine and I can relate.

Our lives were transformed, like so many others, at the onset of the pandemic about this time last March. After experiencing shortages of food supplies and garden seeds, we were motivated to find solutions.

That month we both learned about seed libraries — places where you can borrow, share and donate seeds. (Think of little free book libraries, imagine seeds inside, and you’ve got the concept.)

We hadn’t met, but our efforts crossed in April. My daughter, Lavender, and I registered the Napa County Seed Library as a non-profit organization and announced our project via YouTube.

Lilea and her family created the first seed library in Browns Valley and distributed 30 resiliency garden kits to neighbors. She was inspired by my initiative, and I was inspired by her innovation.

By May, we co-founded the Napa County Seed Library and registered it among the active seed libraries around the world. By December, local residents, farms, and garden centers generously donated over 300 seed packets to fill the two neighborhood libraries located in West and North Napa. Currently, the Napa County Seed Library operates as a growing network of neighborhood seed libraries and is a nonprofit vendor at the Napa Farmers Market.

There are more than 450 seed libraries across the globe, and a majority are located in the United States. Seed libraries function as new democratic seed distribution centers founded and managed by dedicated, values-driven individuals and groups with goals that include education, seed access, local adaptation, biodiversity preservation, community building, and human health.

We can share and save seeds in our communities to:

Extreme and unpredictable weather patterns are here to stay. Rising temperatures, prolonged droughts, flash floods, and persistent wildfires threaten our ability to quickly adapt. As we try to understand and mitigate for climatic risks, the world’s biodiversity continues to decline.

In 2014, climate scientists estimated that climate change will reduce agricultural production by 2% every decade while demand will increase by 14% every decade until 2050. According to a 2019 United Nations report, less than 200 of 6,000 plant species cultivated as food crops contribute significantly to global food output, and just nine account for two-thirds of total crop production by weight.

Between 1903 and 1983, the world lost 93% of its food seed varieties, according to the Rural Advancement Foundation International. Only six seed companies control three-quarters of the world’s commercial seed market, and the desire for high-performing plant varieties favored by big agriculture further narrows plant diversity in farmers’ fields and on our plates.

Although community-based seed saving initiatives have existed for close to 30 years, climate change literature gives them little attention. But the science is catching on.

In 2017, Bioversity International researcher Jacob van Etten analyzed “crowdsourced” seed in Ethiopia, Nicaragua, and India and confirmed that farmers could pool their knowledge to identify varieties that performed best under current climate conditions. He and others determined that seed libraries are repositories of local genetic diversity that often preserve seeds adapted to prevailing climate conditions and can be used as community-based resources to help humans adapt to climate change.

Seed saving and sharing is a conservational and democratic act that can grow resiliency. To identify practical solutions to adapt to climate change, increase biodiversity, and secure healthy, local food sources, we need to look no further than our backyards.

A variety of seeds can provide options to strengthen resilience for farms, home gardens, and surrounding environments. Local seed libraries can be grassroots, community-led resources focused on preserving plant biodiversity to provide climate-smart seed sources for our agriculturally-based valley.

With support from experienced partners educated in farming, home-based horticulture, and native plant preservation –like the Young Farmers and Ranchers of Napa Valley, the UC Master Gardeners of Napa Valley, and the Napa Chapter of the California Native Plant Society — the Napa County Seed Library can become a community-led resource to share, preserve, and provide access to locally adapted seeds.

As its co-founders, Lilea and I recognize that an emerging network of seed libraries is an effective way to renew interest in gardening, bringing connection and resilience to our community.

What you can do

Explore these videos to learn more and perhaps get started yourself:

What are Resiliency Garden Kits?: https://youtu.be/qYgo-LIdQ6A

How to Collect Lettuce Seeds: https://youtu.be/H9P8MVVLaNM

Lauren Muscatine is a writer and editor with UC Davis, and manages the academic journal San Francisco Estuary and Watershed Science. She is often at the center of novel collaborations that blend science, traditional ecological knowledge and the arts.

Napa Climate NOW! is a local non-profit citizens’ group advocating for smart climate solutions based on the latest climate science, part of 350 Bay Area. Find us at Facebook or through http://napa.350bayarea.org

Why back-to-school shopping is harder this year

The benefits of playing tug-of-war with your dog

The benefits of playing tug-of-war with your dog

World's Ice Is Melting Faster Than Ever, Say Climate Scientists

World's Ice Is Melting Faster Than Ever, , Say Climate Scientists. Analysis of a new global satellite survey was published Monday in the journ…

How to collect lettuce seeds

Looking for a sustainable way to grow a lettuce crop? Here's some advice.

If you decide to build a greenhouse, be sure to do a lot of research. Just what plants do you plan to put in the greenhouse? Will you try to grow crops?

Napa Farmers Market: Tuesdays are back with spring's bounty

The Farmers Market returns to Napa on Tuesdays.

Girls Think Green, the creation of Sarah Goff, chair of the Napa Soroptomist’s Health and Environment Committee, aims to encourage girls to “become community leaders to help move our town toward a greener future.”

The Climate Connection: Fighting Climate Change in the Kitchen

By reducing food waste, we not only reduce levels of methane gas, a potent greenhouse gas formed when our food wastes rot, but we also reduce all the energy-related emissions associated with growing, processing, and transporting food.

One of the main goals as sustainable farmers and shoppers is to build a healthier future for our youth, and what better way to do so than to have youth as a core part of our farmers market?

During the pandemic Napans Lauren Muscatine and Lilea Heine c-founded the Napa County Seed Library to save and share seeds.