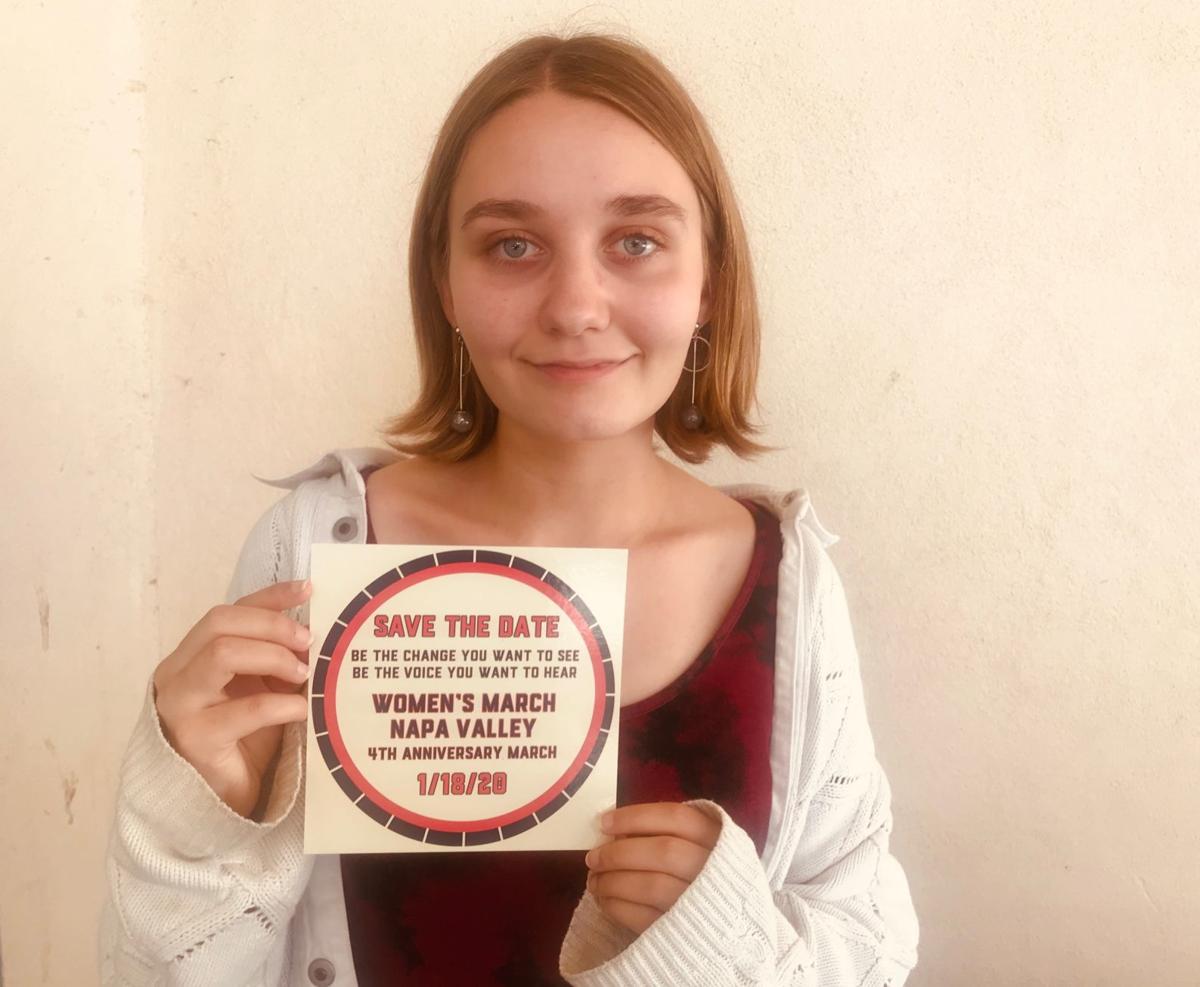 New Technology High School sophomore Kennedy Ervin will be speaking at the Women's March on the effects of climate change and what people can do to help save the planet. 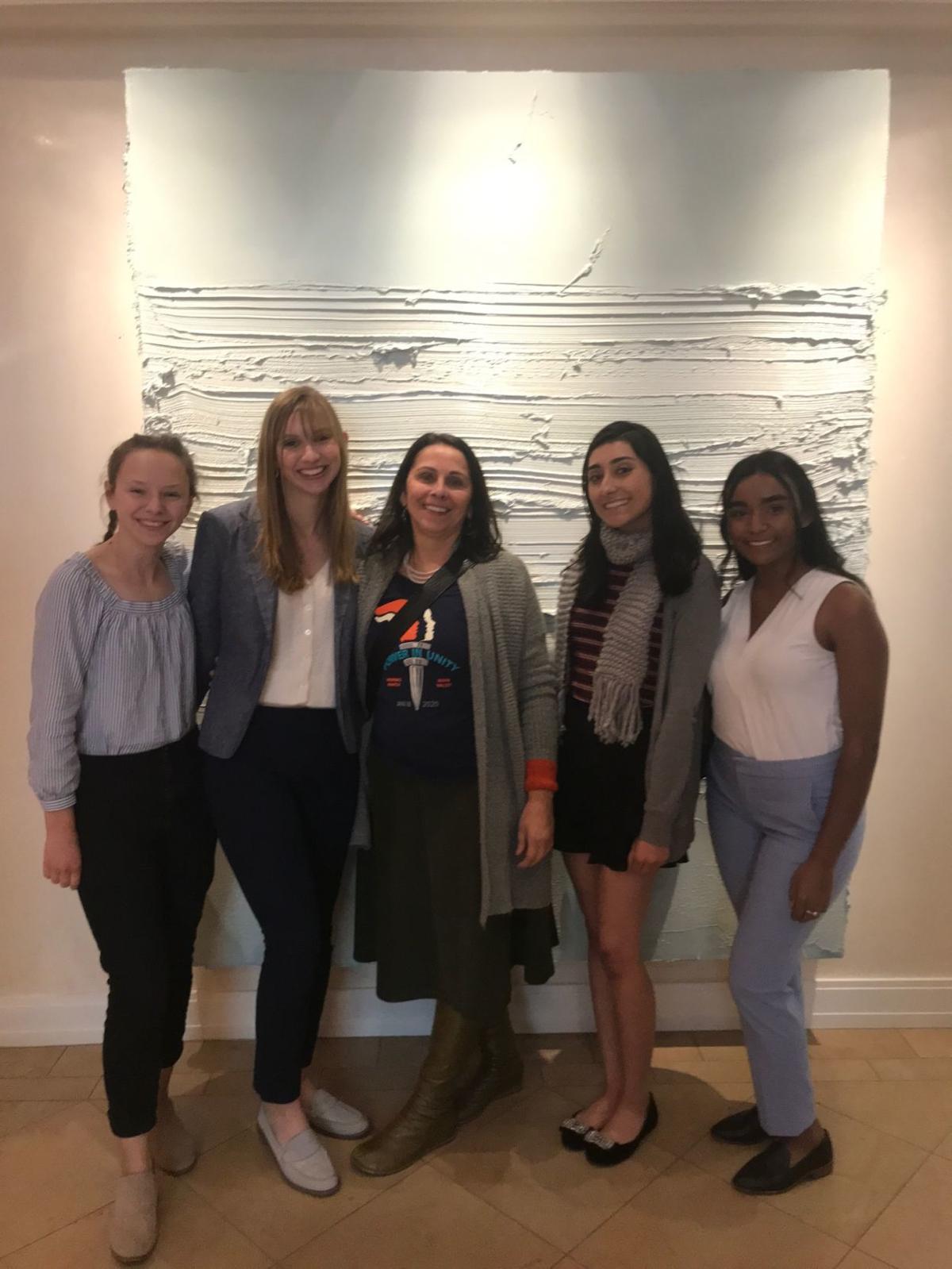 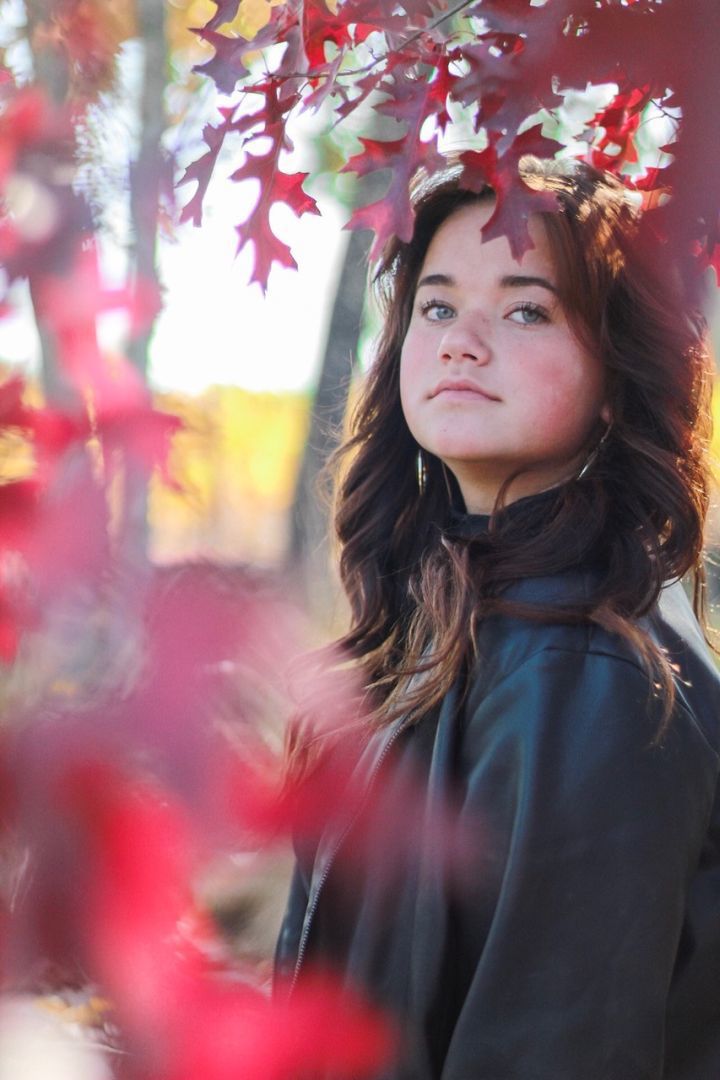 Vintage high senior Aedyn Frazer will sing the song "Respect," adding her own interpretation of the lyrics at the Women's March on Jan. 18.

The fervent voices of youth activism can now be heard throughout the world.

Young people are stepping up flaunting issues close to their hearts, exercising their social media savvy and connecting with fellow students and elected representatives in a unified chorus fighting for change.

For example, David Hogg and Emma Gonzalez are continuing their public pleas for stricter gun laws after 17 of their fellow staff and students were gunned down on Feb. 14, 2018 at Marjory Stoneman Douglas High School in Parkland, Florida.

Greta Thunberg, 17, from Stockholm, Sweden, was recently named 2019 “Time Person of the Year” in recognition of her environmental activism on climate change.

Philadelphia-based activist/feminist Marley Dias, a voracious reader, was only 11 years old when she set a goal to collect and donate children’s books that featured black girls as main characters. Today at age 15 and having landed a book deal of her own, Dias can boast of accumulating more than 9,000 books that she has provided to young readers.

Rising-star activists abound in the Napa Valley and include students Kennedy Ervin, Aedyn Frazer, Bertha Gallegos, Marisa Balades, Brooke Shein and Annika Lindroos. Their presence will be felt — and heard- at the fourth Women’s March on Saturday, Jan. 18.

“Our core team joining with local youth is a natural union,” said Irit Weir, founder and organizer of the all-volunteer Women’s March Napa Valley. “We see it as women nurturing younger woman and in so doing, we nurture ourselves. It gives deeper meaning to our organizing.”

At the podium on the march stage will be New Technology High School sophomore Kennedy Ervin speaking on the effects of climate change and motivating calls to action.

“I became involved in environmental and humanitarian activism about four years ago,” Kennedy said. “I started attending county hearings, speaking during public comment at Board of Supervisor meetings and working in defense of Measure C [restricting vineyard development in Napa’s watersheds].”

“In the beginning, I was inspired by my mom. She was the one who brought me into this world, and she is an activist herself. I saw her speak and protest, defending the animals, trees and water in Circle Oaks where we live. It was inspiring. “

“She brought me along to listen and watch. I saw people being truly concerned and angered for the planet. Even those who lived far from our neighborhood came out to fight for the protection of the forest. That was what inspired me to stand and fight as well.”

Weir listens, offers compassion and responds to student concerns: “Our youth are affected by gun violence, climate change, immigration brutality, the inequality of the LGBQIA youth and the impact of school stress on their mental health,” Weir said. “While our youth struggle with these challenges, they are also enthusiastic about their big visions to create a different world that is more ‘woke.’ My goal is to support and encourage our young women to appreciate themselves and see their value.”

When Bertha Gallegos enrolled as a freshman in a program named LAYLA (Leadership Academy Youth Leaders in Action) at Napa High, she had no clue she would stay in it for four years.

“LAYLA is where my involvement in the communities I really care about started,” Gallegos said. “This class taught me to use and see the privileges I have to better the lives of others through true leadership and collaboration. LAYLA taught me to take ownership of my voice and how to use it. I hope little girls see all of the outspoken women at the march and feel the urge to be just like them.”

Joining Gallegos at the megaphone on stage for chanting will be Marisa Balades, a junior at American Canyon High School and dually enrolled at Napa Valley College.

“I felt moved about wanting to do something when I learned of the vast disparities within developing countries,” Marisa said. “My need to stand up for victims of an unjust system compelled me to become involved. Underrepresented individuals are always stronger in groups. Understanding this made my involvement a given. How can you turn a blind eye when you know real people are being impacted?”

Vintage junior Brooke Shein, an annual march attendee- turned-participant, is passionate about gun violence prevention. “My biggest inspiration comes from Alaina Housley, a Vintage alumna who was killed in the Thousand Oaks shooting on Nov. 7, 2018,” Brooke said. “Her kindness and care for others left an incredible impact on me. She inspired me to continue the trend of kindness, to fight for change and to try to make sure that people like Alaina don’t lose their lives in senseless acts of violence.”

At the march, New Tech senior Annika Lindroos will be behind her video camera documenting the event for the archives. Since 2014, Annika has been rescuing, fostering and volunteering with animals (mostly cats) and added politics to her schedule in 2018.

“It started with protests, and then I got more involved with writing postcards, canvassing, attending marches, strikes and filming projects,” she said. “I definitely want to continue with activism after high school.”

“Our goal is to be a ‘container,’ a place where our youth can ask questions, have an active role in transforming their frustrations into action and find joy in working together,” said Weir. “There is power in a multi-generational group of females sitting together around a table to plan our future. I want our youth women to understand that they do not need to be perfect or produce perfection in order to lead, but be led by their moral intuitive compass. It is enough.”

The march takes place on Saturday, Jan. 18, rain or shine. All ages are welcome.

For information including the roster of speakers and singers, poster contest and logistics, visit Womensmarchnapavalley.org

Sabrina Wells was named as the St. Helena and Calistoga Boys & Girls Club 2020’s Youth of the Year.

Signs and spirit abound at the 2020 Women's March Napa Valley

An estimated 2,500 people, women, men and children, gathered in Napa to speak their minds at the 2020 Women's March Napa Valley.

Women's March is an incredible movement

The Arts Landscape: Me and my piano: just one note away

Charged with staying sheltered in my home-sweet-home, I’ve been flirting with the idea of trying to play the piano, with memories of how truly…

New Technology High School sophomore Kennedy Ervin will be speaking at the Women's March on the effects of climate change and what people can do to help save the planet.

Vintage high senior Aedyn Frazer will sing the song "Respect," adding her own interpretation of the lyrics at the Women's March on Jan. 18.