KENOSHA — City Police Chief Daniel Miskinis held to his promise that more curfew-breakers would be detained Wednesday night during what ended up being the city’s first night of what appeared to be entirely peaceful protesting since the police shooting of Jacob Blake Sunday. But the tactics used by law enforcement have some local residents scared.

According to Kenosha County Jail records, 36 arrests were made Wednesday, with 22 of them being held overnight for curfew violations and another nine for disorderly conduct; it is unclear how many of the arrests were directly related to protests and how many were because of other events in the city. Kenosha Police Sgt. David Wright said that, as of Thursday morning, a total of 56 arrests have been made related to the protests since Sunday. At least one person was arrested for allegedly having a flamethrower in their possession Thursday during protests that ended up being peaceful, authorities said during a press conference Friday.

Megan Levin and Kimberly Wood, Kenosha women who have become friends since they became next-door neighbors just off of Sheridan Road, had marched throughout the first couple days of protesting but said they did not participate in any of the looting, arson or destruction.

Megan Levin is shown with her fiancé, Tyrell Brewton.

Like authorities in Kenosha, Levin and Wood blamed the majority of destruction on outside agitators, not locals who love their city. They both were out helping clean up Tuesday morning after fires decimated Uptown.

But after Tuesday’s violence — when two men were killed and another injured after reportedly being shot by 17-year-old Illinois resident Kyle Rittenhouse — Levin decided to stay home. She has three kids, ages 13, 8 and 2.

Wood still went out, along with her 18-year-old daughter Rayann and a 19-year-old friend of Rayann’s. They spent the early hours of the night marching. After curfew, which started at 7 p.m., rumors quickly spread within the marchers that law enforcement was detaining protesters who broke off from the group while leaving the 100-plus marchers mostly alone.

“They were just picking people off as they were leaving,” said Wood, who works as a registered nurse.

Those rumors actually kept the small group at the scene longer. At one point, during the 9 p.m. hour, Wood and the two young adults started walking back to their car — parked just off of Sheridan Road near Lou Perrine’s gas station — but turned back to rejoin the marchers when they saw a couple cars that they thought may have been unmarked law enforcement vehicles idling nearby.

“I don’t want my daughter to get tackled,” Wood said.

Law enforcement officials and Kenosha Mayor John Antaramian have maintained throughout the week that the curfew is in place for the safety of residents and that having fewer people on the streets will lead to safer situations. Kenosha County Executive Jim Kreuser said during a Friday press conference “Thank you, thank you, thank you,” to Kenoshans who have been abiding by the curfew.

Videos and photos shared online showed law enforcement in Kenosha using unmarked vehicles without license plates to detain demonstrators. One group — from Seattle-based Riot Kitchen 206, an official nonprofit that provides food to demonstrators across the U.S. — had the window of their van smashed while multiple officers surrounded and pointed firearms at them before they were taken into custody at the intersection of 30th Avenue and Washington Road just minutes after curfew went into effect at 7 p.m. Wednesday.

Police later said that those in the van were suspected of having been involved with “criminal activity.” Inside the vehicle, police said they found helmets, gas masks, protective vests, illegal fireworks and suspected controlled substances.” Police said nine suspects “were arrested for disorderly conduct and are pending charging decisions by the Kenosha County District Attorney.”

Riot Kitchen HQ just learned that our bus crew was arrested in broad daylight in #Kenosha today - kidnapped by feds in unmarked vans.

We are currently trying to find our friends who were just there to feed people.

Please share and donate for bail via Venmo riotkitchen206 pic.twitter.com/o2TDbohvFl

“It’s after curfew, I need to see ID.” Police hop out of unmarked vans to stop people (including press) on the street #Kenosha #KenoshaProtests pic.twitter.com/ZHNBOVNXXJ

Reporters planned to ask authorities in Kenosha why some protesters were being arrested and others weren’t, but Miskinis, Antaramian, Kenosha County Sheriff David Beth and Wisconsin National Guard Adjutant General Paul Knapp did not take questions at a press conference Thursday. However, Miskinis did say that some of those who were arrested had warrants, although he did not elaborate on who they were or what the warrants were for.

Levin and Wood had had guns pointed at them as well. At about 9:30 p.m. Tuesday, Levin received a call from her daughter — more than 100 protesters were now at Civic Center Park. Rather than walking a couple blocks back to their car near Lou Perrine’s, she asked Levin to pick them up.

At about 10 p.m., Levin got to the park in her Toyota RAV4. Rayann, Rayann’s friend, Wood and two other demonstrators who also wanted to leave sprinted to the SUV; they didn’t want to get quickly tackled while trying to go home.

Levin made a three-point turn to get out of there. After completing the turn, approximately five vehicles with blacked out windows swarmed and about a dozen officers jumped out, both women recalled. A couple of the officers had their guns drawn. Rayann began filming from the backseat. Levin and Wood, in the front seats, put their hands up.

When an officer approached the vehicle and lifted his firearm at Rayann and her friend in the backseat, she dropped the phone, ending the video.

It was a terrifying moment, Wood and Levin told The Journal Times Thursday. They were afraid to roll down their windows immediately so they could talk to the officers in case their movement was misread as something else and they would be shot.

“I don’t know why they were arresting people,” Levin said of what was going on Wednesday. “We were just peacefully protesting. There was nothing going on.”

The officers then started talking among themselves. They overheard one of them say “Let’s just cut him a break and let them go home.”

Another officer then told Levin, who was driving, “get your (expletives) home now, I’m not going to tell you again.” They left immediately and got home safely.

‘We have every right to be here in protest’

Despite the curfew, Wood questioned the legality of the detentions. “We have every right to be here in protest,” she said, citing First Amendment rights.

When asked why she marches along with the Black Lives Matter protests, Levin got emotional. Levin is Caucasian and is engaged to be married to a Black man, Tyrell Brewton, a truck driver who she says “works his (expletive) off.”

After seeing the video of Blake getting shot as many as seven times in the back by Kenosha Police Officer Rusten Sheskey, Brewton told his fiancée, “That could have been me.”

Levin and her husband’s kids are mixed race. She doesn’t want them to grow up in a world filled with hate. That’s why Wood says she’s marching, to show that there is love coming from people of all races. “I have to constantly battle for both sides. I have to stick up for White people. I also have to stick up for Black people, because I have to show my children that there’s still good on both sides. We have to end the hate because there’s no reason for it.”

More than 120 photos from Kenosha's Tuesday protest, from peaceful speeches to deadly end

More than 120 photos from Kenosha's Tuesday protest, from peaceful speeches to deadly end

Deneen Smith of Lee Newspapers contributed to this report.

Find this story at JournalTimes.com to watch videos of the opening seconds of Megan Nevin's vehicle being approached by law enforcement Wednesday, as well as a recording of Riot Kitchen 206's van being surrounded.

Watch Now: America is running out of lifeguards

A class-action discrimination lawsuit filed in federal court by four people who were arrested for breaking Kenosha's curfew alleges that their rights were inappropriately infringed upon while pro-police demonstrators were allowed to "roam." 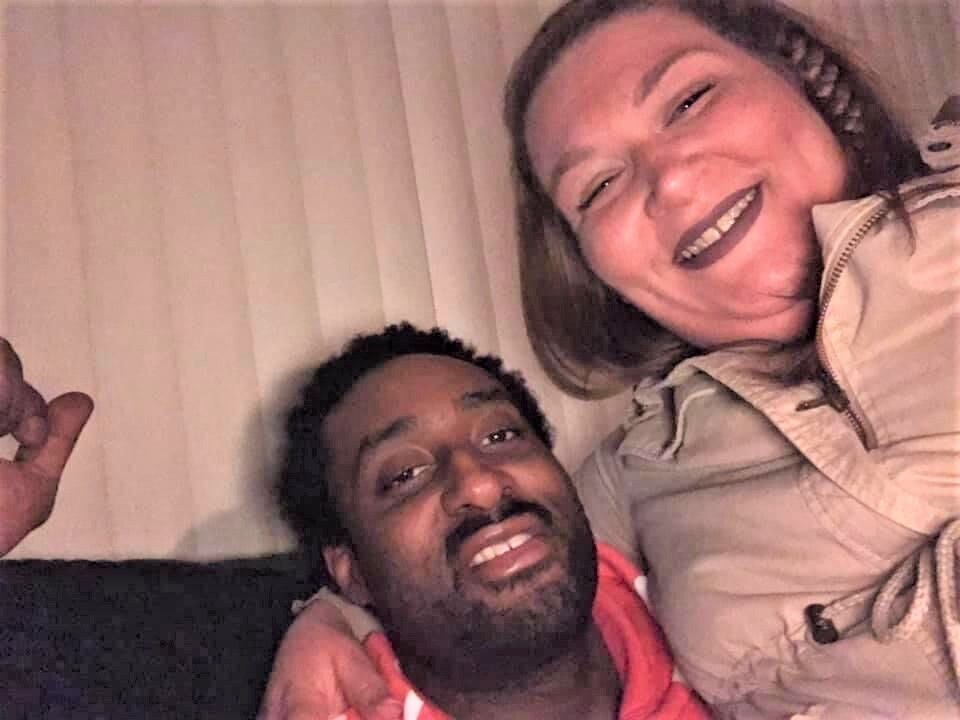 Megan Levin is shown with her fiancé, Tyrell Brewton. 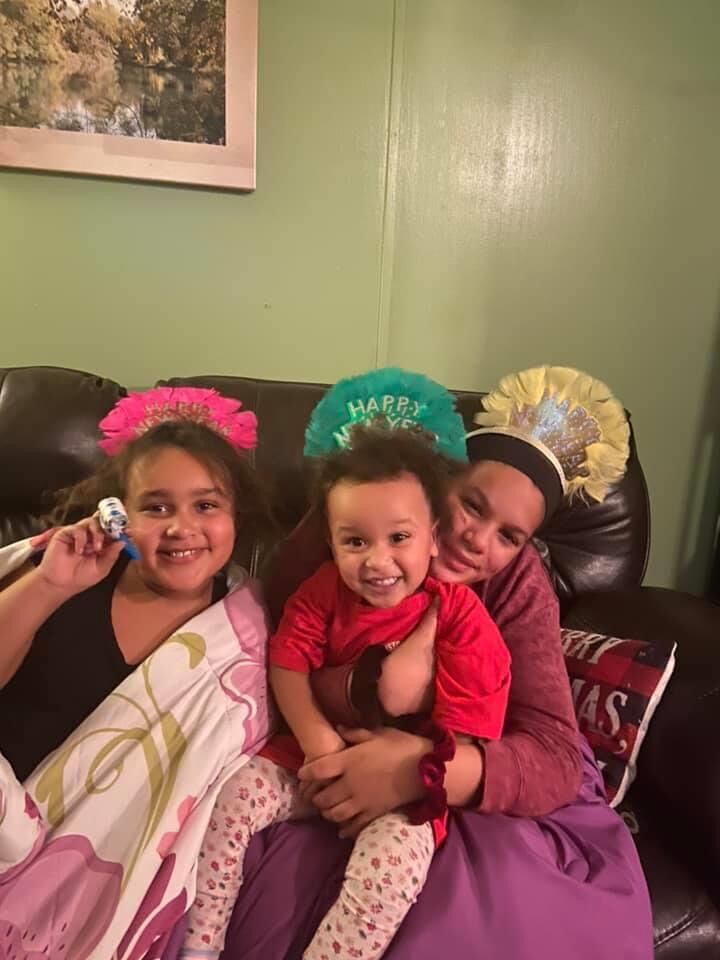 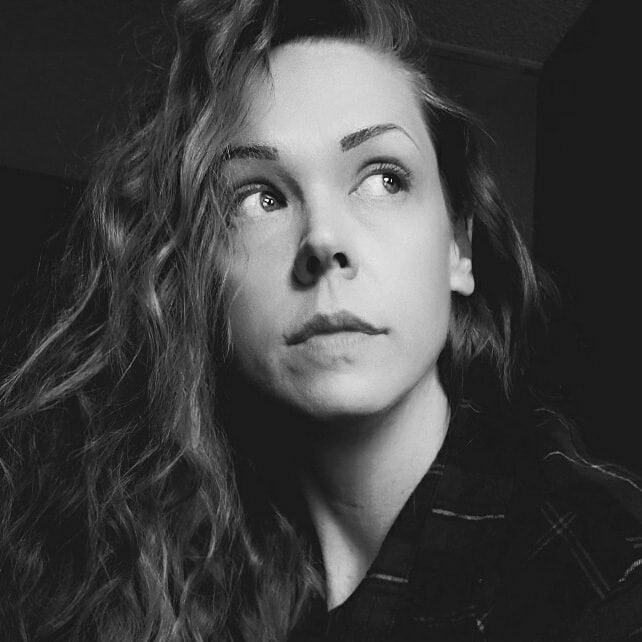