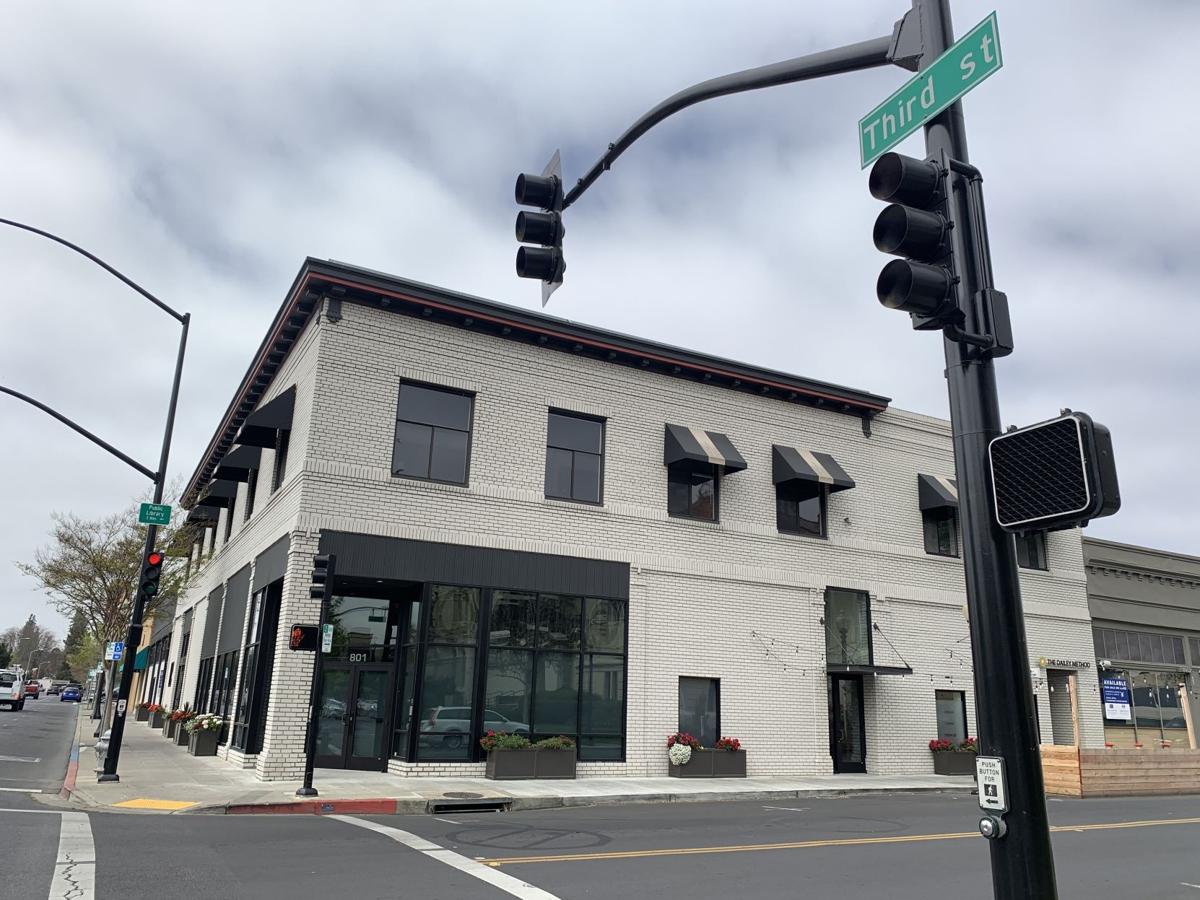 Three  “luxury lofts” — homes that could sell for as much as $2 million each —have been proposed for the second floor of the Young Building at 801 Coombs St. in downtown Napa. 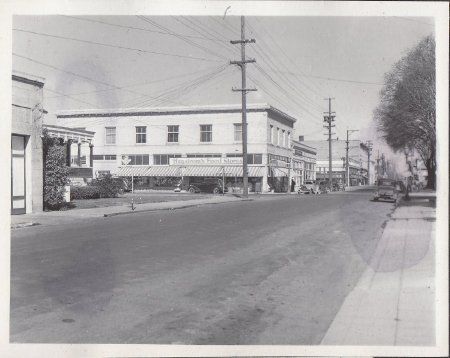 In this Napa County Historical Society photo, the Young Building can be seen at the corner of Coombs and Third streets looking northwest. Hagstrom's market was a tenant at the time this photo was taken. 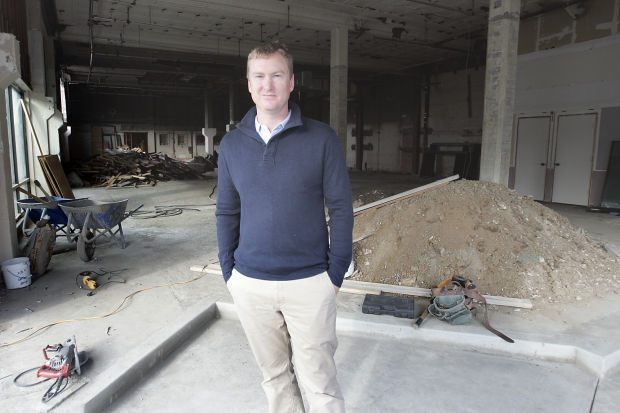 The developer James Keller purchased the Young Building at Coombs and Third streets in downtown Napa in 2014.

Property owner Jim Keller has asked the city for permission to build three residential condos on the second floor of the Young Building at the corner of Coombs and Third streets, opposite the Historic Napa County Courthouse.

“With this huge residential boom, and strong demand for housing in Napa, “it was pretty logical to repurpose the upstairs 7,000 square feet into residential,” he said.

He thinks there’s enough demand to sell three condos in the $2 million range — higher than any other such downtown condo property.

“I don’t think there’s anything like it downtown,” Keller said of his proposed luxury lofts. Until now, “There haven’t ever been any flat-like units this large and this private” and at this level of quality located in the city center, he said.

It’s only three homes, said Keller. “If there’s not a lot of demand for three units, I’d be surprised.”

Where else can you find this size of a condo in downtown? Keller asked.

“Everything else is in the more 1,000 to 1,500 square-foot range. This gives a few select people an option for a little more space.”

Likely buyers could be Upvalley residents looking to move south, he proposed. “Or we also have a big influx of San Francisco and Bay Area people looking for nicer options or larger options than what’s been available in downtown.”

“Downtown is such a great spot,” he pointed out. “All the amenities are right there.”

Each unit has the ability to include up to three bedrooms, with the eventual floor plan to be determined later, wrote Keller in his application to the city for a use permit. Access to the units is provided via the existing elevator and/or stairway located in the eastern portion of the building at 801 Coombs and a second stairway located on the western side of the building.

Current zoning of the Young Building block includes residential uses, said Keller. For more 30 years portions of the building were occupied by the law offices of Dickenson, Peatman & Fogarty, which moved out in 2012.

According to the application, the majority of building improvement will be interior modifications, with the only proposed exterior change being an installation of the second-floor windows to residential custodial casement style windows.

Of course, parking is always a subject. Keller’s application requests approval of a use permit to authorize the use of six on-street parking spaces to serve the three residential units.

“The abundant parking in the vicinity of the Young Building will not be impacted by conversion of these units from office to residential – the conversion will actually have a net positive effect on supply,” he wrote.

Realtor Teresa Davis with Compass was the listing agent for the Riverfront condo that sold for $1.6 million in December.

“It was a premium unit, very opulent,” said Davis of the Riverfront condo.

The condo was designed by Thomas Bartlett and featured elaborate finishes including two-story floor-to-ceiling draperies.

She believes it could be the most expensive condo sold to date in downtown Napa.

Davis said there very well could be a market for more such luxury condos in downtown Napa. “I think a San Francisco buyer” or someone from the tech industry, perhaps younger, is most likely.

“We all know that some people value proximity to the restaurants and the bars and those amenities in downtown Napa,” she said.

At the same time, 801 Coombs St. is an older building, Davis said. “Can they transition that into something high end? Can any of these older buildings in downtown be modernized to where they have those kinds of values?”

Longtime Napans may recall that for many years the brick Young Building was home to the Dickenson Peatman & Fogarty law firm, and later county offices. Today, the second floor has been gutted, said Keller.

Current first-floor tenants include BottleRock producer Latitude 38 Entertainment, the Dailey Method studio and USPS annex in the back. Miminashi, a former restaurant tenant, closed in November.

Built sometime around 1920, the building’s namesake is a bit of an unknown, Keller said in an interview at that time.

At various years it has been home to a diner, and possibly an auto dealership. A Napa Historical Society photo shows Hagstrom Grocery on the ground floor. City phone and street directories from 1958 and 1963 list Herritt’s Floral & Gift shop as a tenant at 801 Coombs St. A business named Poor Man’s Art Gallery was a tenant in the 1970s.

James Keller at the Young Building

WH: We 'can't afford to wait' on gun safety

WH: We 'can't afford to wait' on gun safety

After a lengthy debate, the owner of Napa’s Young Building has won the right to stripe its name for all to see downtown.

Napa sends big Young Building logo back to the drawing board

A developer’s wish to brand his downtown Napa building with bold, illuminated letters will have to wait.

Three  “luxury lofts” — homes that could sell for as much as $2 million each —have been proposed for the second floor of the Young Building at 801 Coombs St. in downtown Napa.

In this Napa County Historical Society photo, the Young Building can be seen at the corner of Coombs and Third streets looking northwest. Hagstrom's market was a tenant at the time this photo was taken.

The developer James Keller purchased the Young Building at Coombs and Third streets in downtown Napa in 2014.