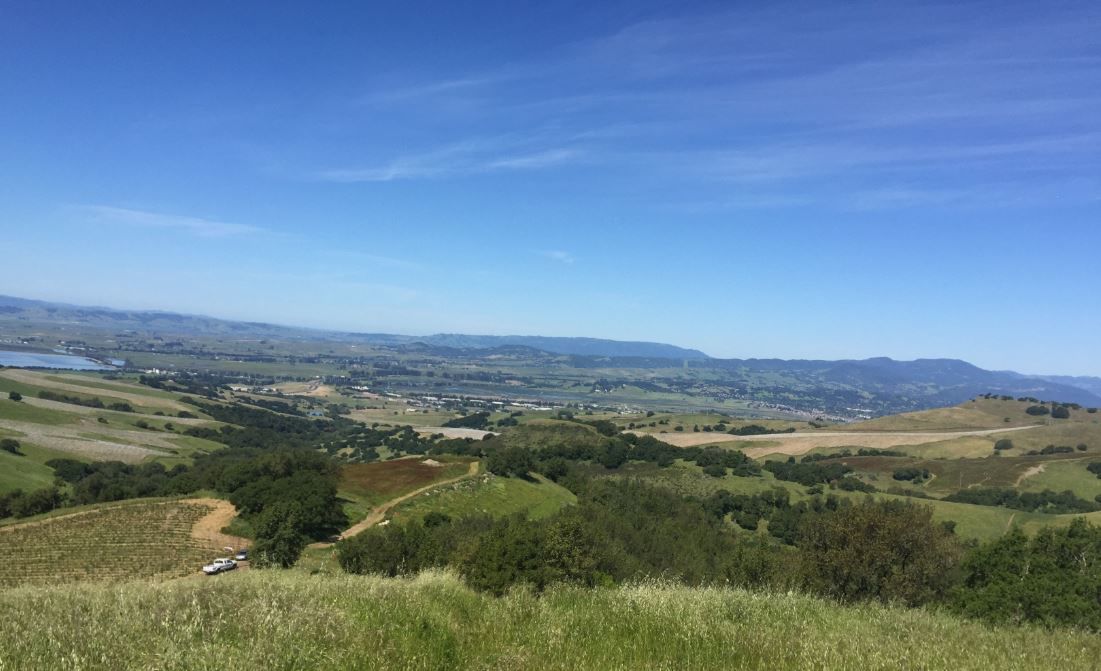 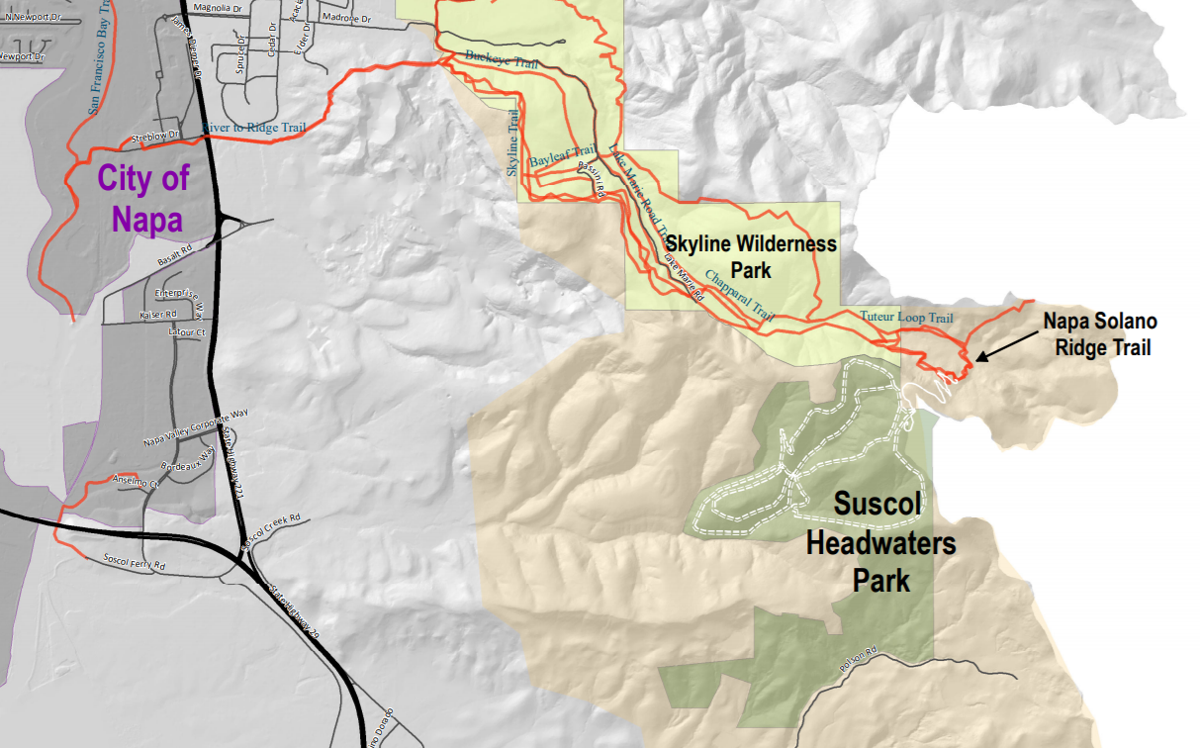 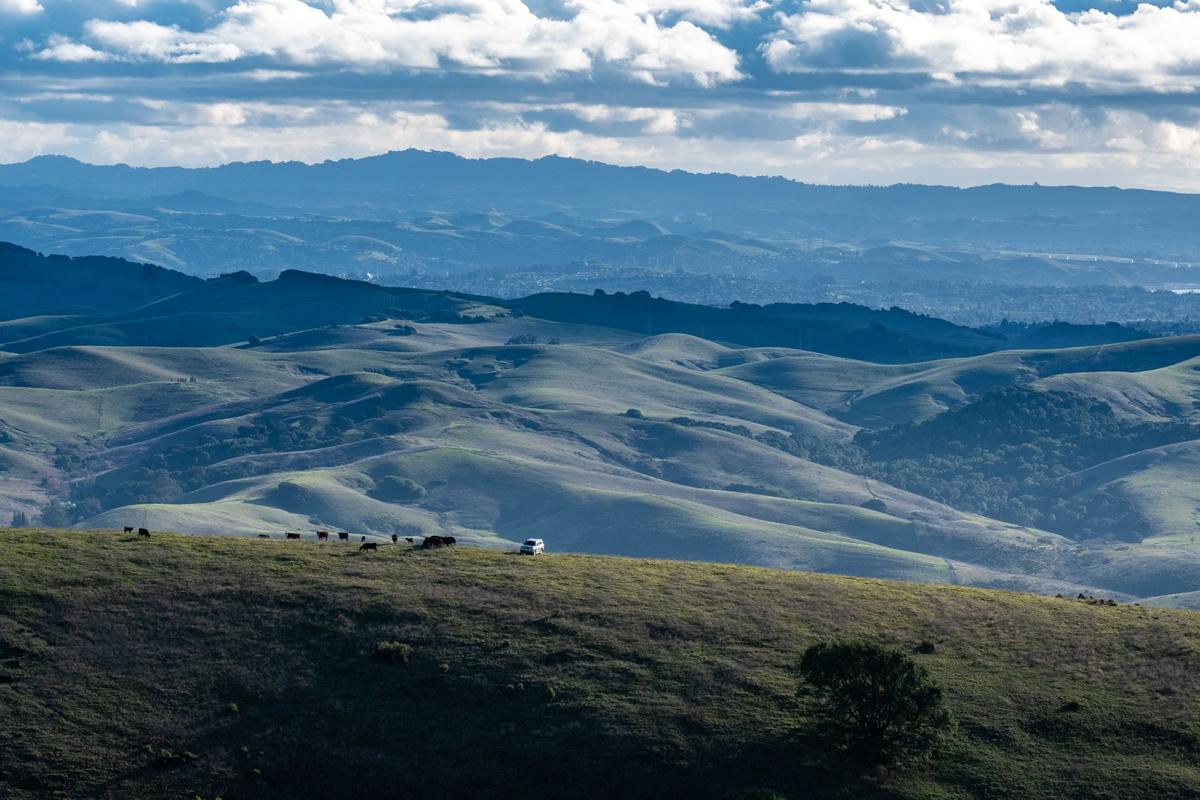 A view from Suscol Headwaters Park, which is just opening in southern Napa County. 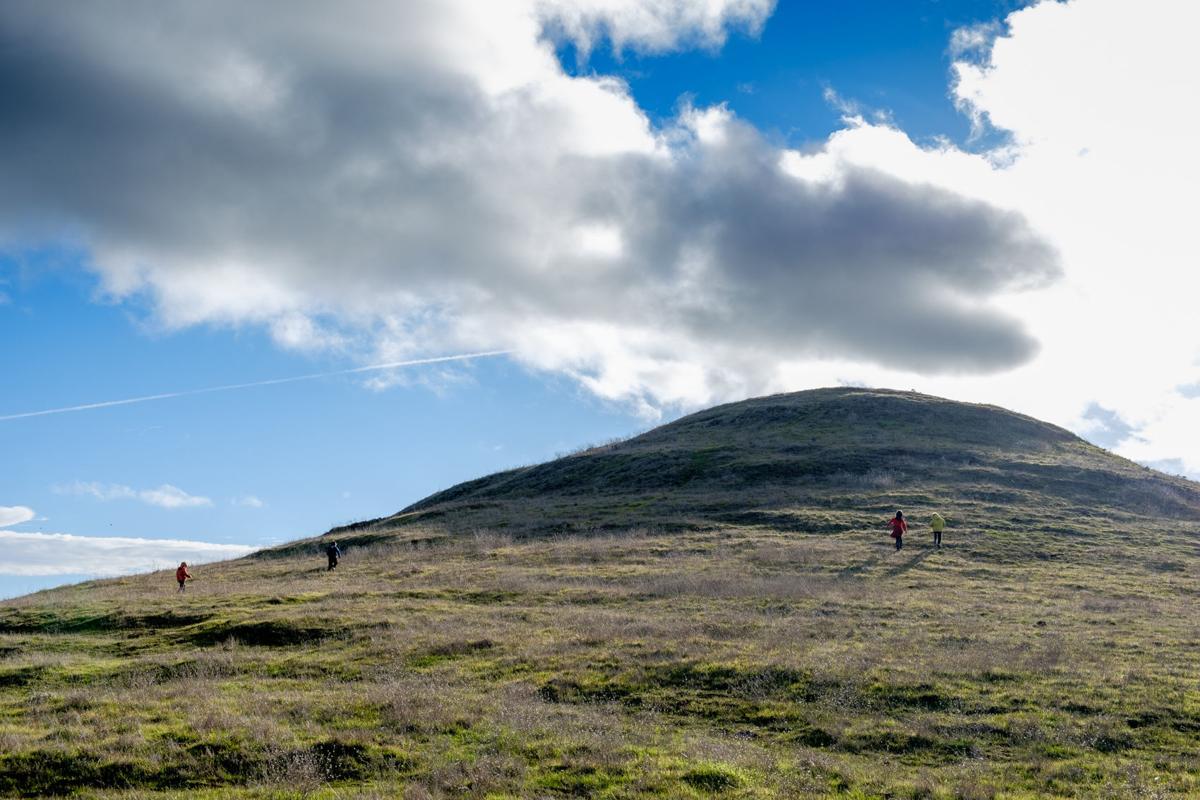 Suscol Headwaters Park is opening in the hills southeast of the city of Napa, though initially it can be reached only by hiking there from Skyline Wilderness Park.

Suscol Headwaters Park near the city of Napa is open as of Thursday, though people at least initially will have a bit of a hike to reach it and its sweeping, south county views.

A use permit issued by the county Planning Commission on Wednesday allows the park to open, Napa County Regional Park and Open Space District General Manager John Woodbury said. The one chore is for the district to remove the “keep out” signs.

But that’s in the future. For now, people can take existing trails from Skyline Wilderness Park to a section of the new park that has a lookout point. The journey is about 4 miles from the Skyline parking lot, making for an 8-mile round trip.

“That’s the spectacular destination,” Woodbury said on Wednesday. “That’s what people will want to do. And it’s very clearly marked.”

Suscol Headwaters vista points are on a ridge overlooking a section of the Napa River south of the city of Napa. They offer distance views of Mount Tamalpais, Mount St. Helena and, on a clear day, downtown San Francisco. One spot also offers views of the Central Valley.

An 8-mile round trip might be a ways for some hikers, Woodbury acknowledged. But for people on a mountain bike or horse, it’s not much of a distance, he said.

Usually, the Bay Area Ridge Trail segment from Skyline Park to Suscol Headwaters would be closed at this time of year because of mud, Woodbury said. But a bone-dry February has the trail open.

“There are some ranch roads you could walk around,” Woodbury said. “You could spend a lot of time there. It won’t be as nice as if you were on a trail.”

The Open Space District is looking at options for a direct entrance to the park that would allow users to avoid the hike from Skyline. Woodbury said that is at least a year away, maybe two years.

A new park, like a new winery, needs a Napa County use permit. The Planning Commission approved the Suscol Headwaters permit unanimously and quickly.

“My main concern is how to keep people out of our property,” she said. “Because we’ve already had people toss their bikes over our fences and end up in Green Valley.”

Open Space District Deputy General Manager Chris Cahill said metal signs will be put up on park boundary fences. Also, trails will be designed to steer people to the middle of the park.

“Our idea is that if you build good enough trails that are really appealing to people, with good vistas, that are fun to hike on, to ride a mountain bike on, they’re going to stay there instead of trying to go cross country to find other things,” he said.

He addressed another concern voiced by Fagundes about fire danger. The park will be closed during high-risk fire weather, Cahill said.

Planning Commissioner Andrew Mazotti said Suscol Headwaters adds to the diversity of what people can do in Napa County.

“I love to eat and drink, but I also like to get out and exercise,” he said.

Other commissioners were also enthusiastic about Suscol Headwaters. Commissioner Jeri Hansen said that folks are more likely to preserve nature if they get out into it.

“This is another 709-acre opportunity to do just that,” she said.

The Open Space District bought Suscol Headwaters for $3.5 million in two phases: one phase in 2015 and the other in 2017.

“It’s in southern Napa, where the majority of county residents live,” Purvis said. “It’s close to the city of Napa and American Canyon.”

The Open Space District also runs Moore Creek Park near Lake Hennessey and Bothe-Napa Valley State Park near St. Helena and Calistoga. Skyline Park isn’t run by the district, but rather by a nonprofit group on land leased by Napa County from the state.

A south Napa County park-to-be with several miles of planned trails looks like it will be as large as its creators envisioned.

American Canyon officials shared highlights from 2019, while looking toward 2040.

'Shamilton! The Drag Parody' plays April 4, at the Lincoln Theater in Yountville. The Founding “Fathers” never looked so good!

American Canyon asks if a new north-south road would bring through traffic into neighborhoods.

A view from Suscol Headwaters Park, which is just opening in southern Napa County.

Suscol Headwaters Park is opening in the hills southeast of the city of Napa, though initially it can be reached only by hiking there from Skyline Wilderness Park.