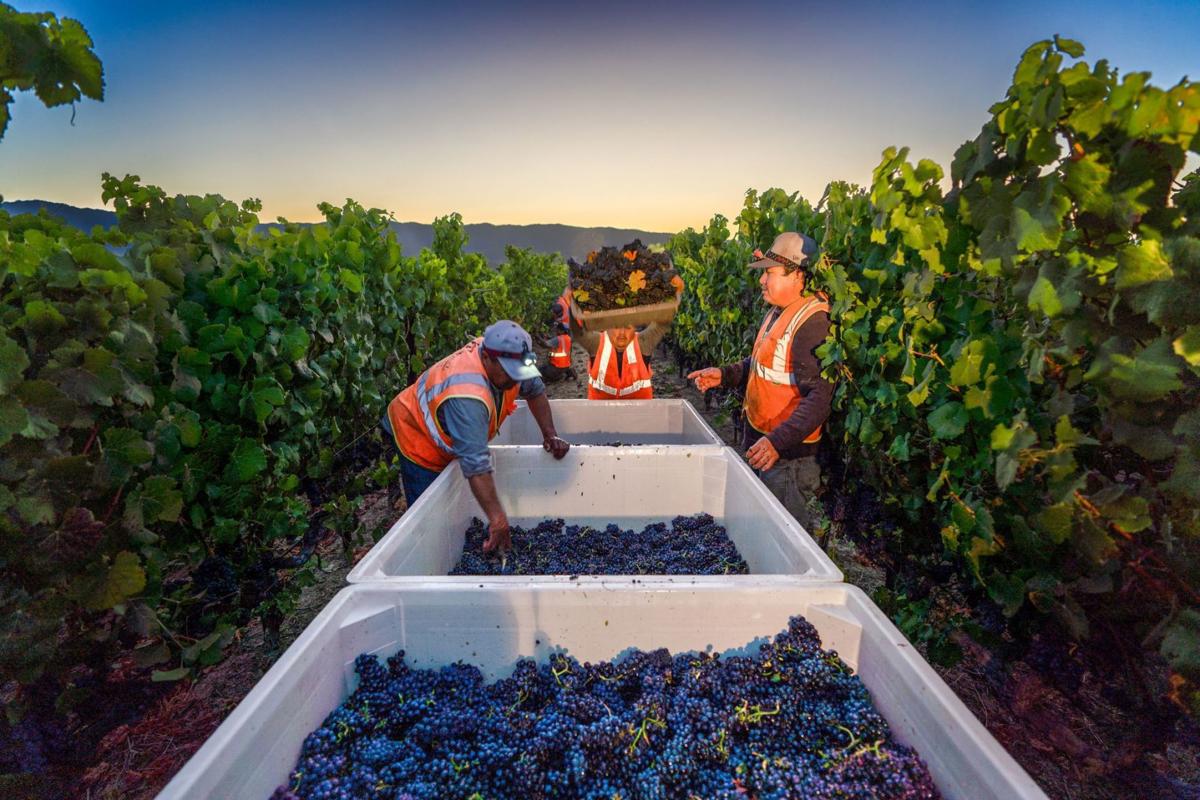 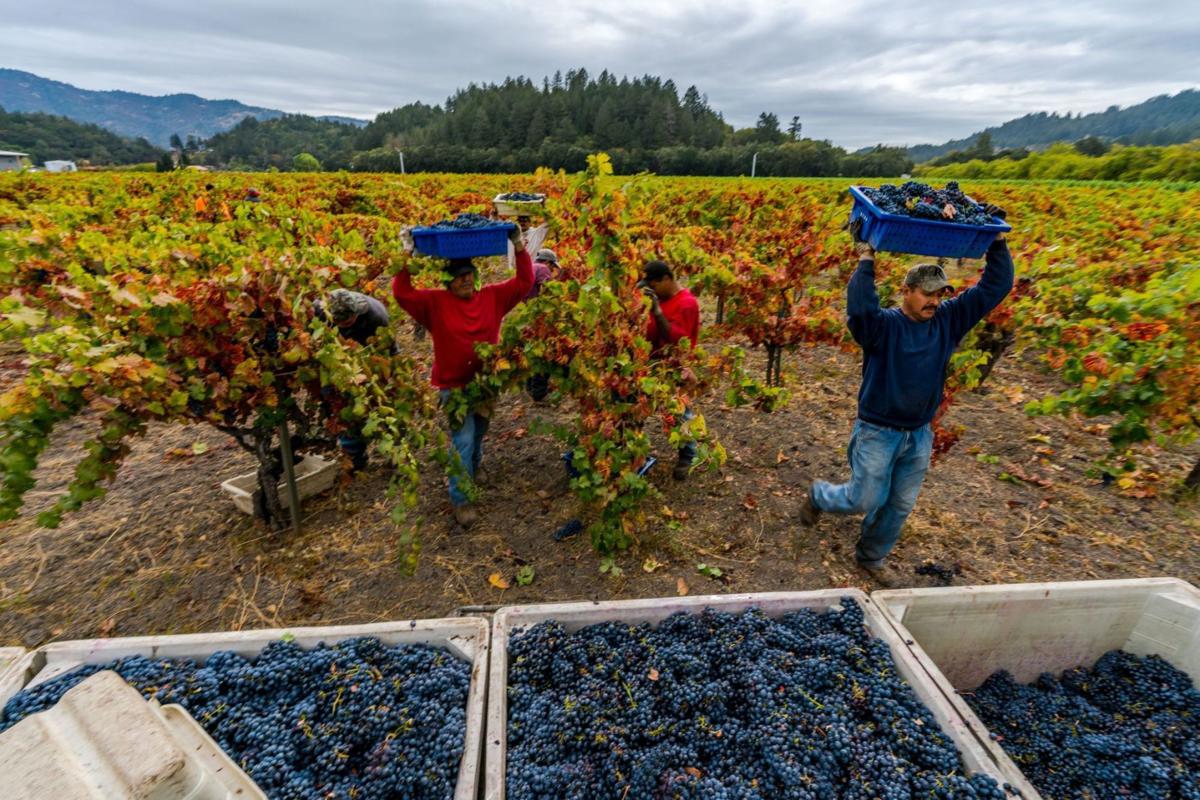 They’re the classic drivers of any market: supply and demand. Experts say that unfavorable conditions in both have presented the region’s wine industry with a grape glut — a challenge in the form of oversupply.

It’s not that this year’s harvest was particularly large, according to Jon Ruel, CEO for Trefethen Family Vineyards, but rather that last year’s harvest is on the mind — and in the tanks — of many wineries.

“When we talk oversupply, it’s the hangover from 2018,” Ruel said, noting that 2018 gave way to a harvest of historic proportion. “For wineries, it’s not hard to remember just how big 2018 was, because a lot of (the wine) is still in the pipeline.”

On the demand side, according to Glenn Proctor, partner of the wine brokerage firm Ciatti Company, the market for wine experienced a “pullback” beginning in 2017. The majority of 2018’s harvest was contracted — meaning grapes were spoken for — but the size of the crop itself, the largest picked to date in California, “exacerbated” the glut situation the industry finds itself in today, Proctor said.

In 2018, wineries crushed a staggering 612,833 tons of grapes, up more than 20% from 2017. Harvest was especially flush in Napa and Sonoma counties; growers harvested a crop that was about a third larger than usual, according to Proctor. He said spot market prices for uncontracted fruit this year hit a steep decline, with Cabernet Sauvignon grapes—a relative market strength—selling for less than half of what it sold for in 2018.

“2019 has been a year where it’s tough to sell grapes and bulk wine, because most of the buyers — wineries — already had sizable inventories because of 2018,” he added.

John Hughes, owner of H&H Wine Brokerage in Napa, said he’d seen notable price deflation in the market this year. Earlier this season, he brokered a deal that saw Napa Valley Cabernet go for $12 a gallon — about a third of its regular price. Even starker, he said, was the price at which some Napa Valley grapes were selling: his firm saw “quite a bit of movement” at $1,500 per ton. That’s just a fourth of what grapes — at around $6,000 or more per ton — normally sell for.

“The market just won’t sustain that anymore,” Hughes added. “(Distributors) aren’t picking up wine at previous prices, so we’re marketing to a different group of folks.”

Those ‘folks’ are largely the millennial crowd — a group with a taste for “a different bottle of wine” than has been traditionally marketed by Napa, Hughes said, and a weak point for the wine industry. Proctor also cited competition from beer, spirits and new additions to the alcoholic beverage market, like increasingly popular spiked seltzers and even hard kombucha.

“It may not be focused at (all) age groups, but it is really interesting,” Proctor said, of the drinks. “We’ll see how the consumer chooses, which is good: the wine industry has to remain competitive and produce a high quality product.”

Ruel believes that won’t be difficult: though 2018 was notable for the quantity of the crop it produced, he says the quality of the fruit was notable, too.

“Napa’s wineries are in a position of having more wine than they need, so they’ll get to be especially choosy (with their fruit),” Ruel added. “That makes this a great time to be a consumer.”

There are a variety of ways with the oversupply, Ruel added. He’s spoken to vineyard owners strategically replanting some acreage this year, delaying future fruit production to correspond with market rebound. Wineries, on the other hand, could be purposeful with moving inventory, creating tank space for grapes.

That’s been the tactic at hand for Cliff Lede Winery, according to COO Remi Cohen. Lede Family Wines grows all of its own grapes and saw a large 2018 harvest, in line with industry trends, Cohen said. It helps, she added, that the harvest in 2017 was under average — globally, it was the lowest level of production in 16 years.

Cliff Lede Winery has a tank for each of its vineyard blocks, Cohen added, meaning it isn’t strapped for space. Still, though, the winery plans to push the release and thus the sale of its 2017 vintage up earlier than originally planned.

“Then we’ll be able to release 2018 early, and have more time to sell that — that’s our main strategy,” Cohen said, of moving inventory, adding that the excess is “a good problem” to have.

“We could have had two other problems: not enough fruit, or too much mediocre fruit. This is an opportunity,” Cohen said.

Proctor noted that in speaking with clients, he’s observed “adjusting on the supply side.”

“No one was making a whole bunch of wine, hoping there would be a buyer. People were cautious,” he said.

Hughes said much would depend on the size of the harvest in 2020. A smaller harvest could correct the oversupply — though Ruel noted that growers, as farmers, “never hope” for a small growing year. And Proctor pointed to the ever-cyclical nature of agriculture, which has long been at the mercy of supply and demand.

“Growers aren’t overjoyed, but they see a path forward,” Proctor said. “They’ve been through this before.”

As the 2019 harvest nears its end, growers’ satisfaction with the quality of their grapes was tempered by their concern for Sonoma County resi…

Harvest is drawing to a close in the Napa Valley after what growers describe as a long and successful growing season.

Grape growing is complex. A study asks how mechanical pruning of vines might affect wine quality.

CellarPass is offering a passport to wine tasting experiences at 23 Napa Valley wineries for $129 a person. It is valid from Jan. 1 to June 30.

The Planning Commission approved a wine tasting room in Rutherford despite traffic concerns by nearby residents.

What’s in a name? For Napa Valley’s wine industry, the promise of top dollar

The Napa name is a valuable asset, boosting the price of the grapes grown here.