Justin Altamura has spent the past two and a half years saving one of Napa’s first buildings – the Old Adobe on Soscol Avenue. The building also saved him.

“This was a godsend,” Altamura said.

During that time Altamura lost his beloved dachshund dog of 19 years and his pet cat. Altamura’s Silverado Trail home was lost in the October 2017 fires. His mother passed away in November.

“I needed this in my life,” Altamura said. “Having this place during those events was a lifesaver.”

It gave him something to focus on, he said. “I don’t know what I would’ve done without it.”

Now that the building is for lease, “I’d love to have this place be a taproom or restaurant with food and drinks at a good price,” Altamura said. “Somewhere locals will come back to.”

“We’re very lucky to have the full building intact,” said Justin Altamura, who describes himself as a huge history buff. Most other adobes from the mid-19th century are crumbling away or gone already.

Napa doesn’t have many historical buildings, he noted. “It’s important that we preserve what we do have.”

Since then, Altamura has spent hundreds of thousands of dollars and countless hours retrofitting and renovating the historic structure from top to bottom.

That included preserving the original adobe bricks and, as necessary, making new adobe bricks for replacements.

Altamura and his team built the gutters, shutters, both front and back decks, and doors out of wood from salvaged Foppiano wine tank staves made from old growth redwood. Square nails were also reused.

The building with thick earthen walls was also seismically retrofitted.

Over the decades, the Old Adobe was encased by layers of paint, wooden additions and other non-historic add-ons. Altamura had most of those additions removed. Instead of painting over beams, they have been stripped down to the original wood.

Original wooden headers over doorways are now exposed, along with original wooden floors and window casings. Altamura and his team did 75 percent of the work themselves.

“We want people to see the old wood,” said Altamura in an earlier interview. As he removed the layers, “it was like unwrapping a gift.”

His team also renovated two other buildings behind the Old Adobe. One is being marketed as a commercial kitchen and the other as an office or other such commercial space.

The small kitchen space in the Old Adobe is now vacant. If a restaurant occupies the Old Adobe, that business may want to lease all three buildings, and use the commercial kitchen to supply the restaurant, said realtor Michael C. Holcomb. Lease rates are listed as negotiable.

“I want someone to take what I’ve done and be successful,” Altamura said.

At the same time, Altamura admitted he’s feeling a little at odds about turning over the keys to a new tenant. He’d still be involved as the landlord, but it won’t be the same.

“I get a little sad thinking about it,” he said. “It’s a special place.”

What was the Old Adobe?

Napa’s Old Adobe is known as the oldest building in the city. Built in the 1840s, it was originally a home.

Over the years, the city landmark, also known as the Cayetano Juarez Adobe, has seen its share of owners and tenants, from original owner Don Cayetano Juarez to the merchants who later operated restaurants and watering holes inside its thick walls of mud and straw.

For a time, it was owned by Tito Fuentes Jr., the son of former San Francisco Giants second baseman Tito Fuentes.

Before the renovations, the most recent tenant was the Taste of the Himalayas restaurant.

At 10:04 a.m., it was time to break out the beer as members of the Sam Brannan chapter 1004 of E Clampus Vitus gathered in Napa on Saturday to…

Napa's Old Adobe: A relic of the 19th century being restored for the future

Napa’s Old Adobe building is the city’s last physical link to the period of Mexican rule. By month’s end, it could finally get on track to joi…

Napa as it should have been

I lived and worked in Napa for 40 years. After retiring from the Napa Fire Deptartment, I now live outside of Yosemite. During those 40 years …

Sisters, ages 100 and 92, offer link to Napa Valley's pioneer past

The sepia-toned photos of the Napa Valley’s past grow faded and dog-eared with the passing of time, but those days remain as colorful and vivi… 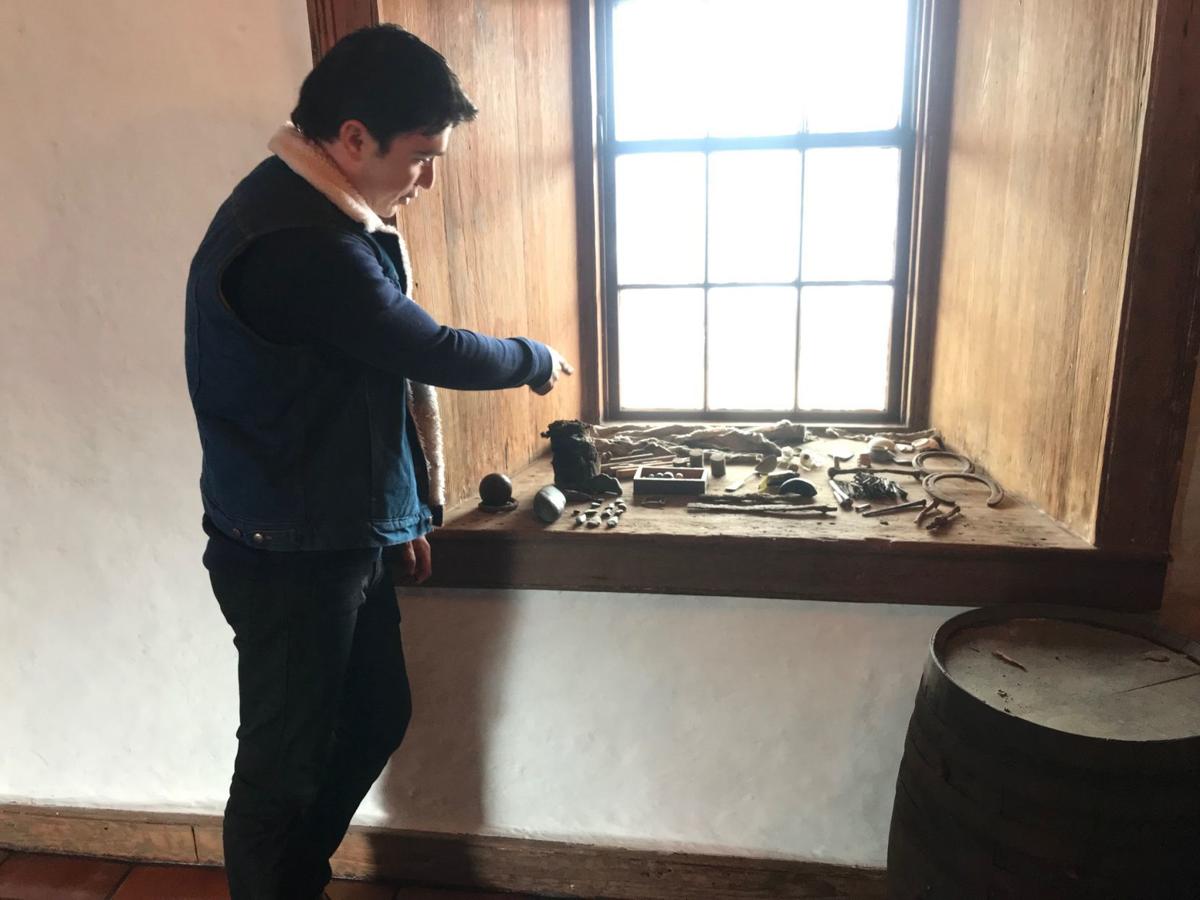 Justin Altamura talks about items he and his team found during the renovation of Napa's Old Adobe. 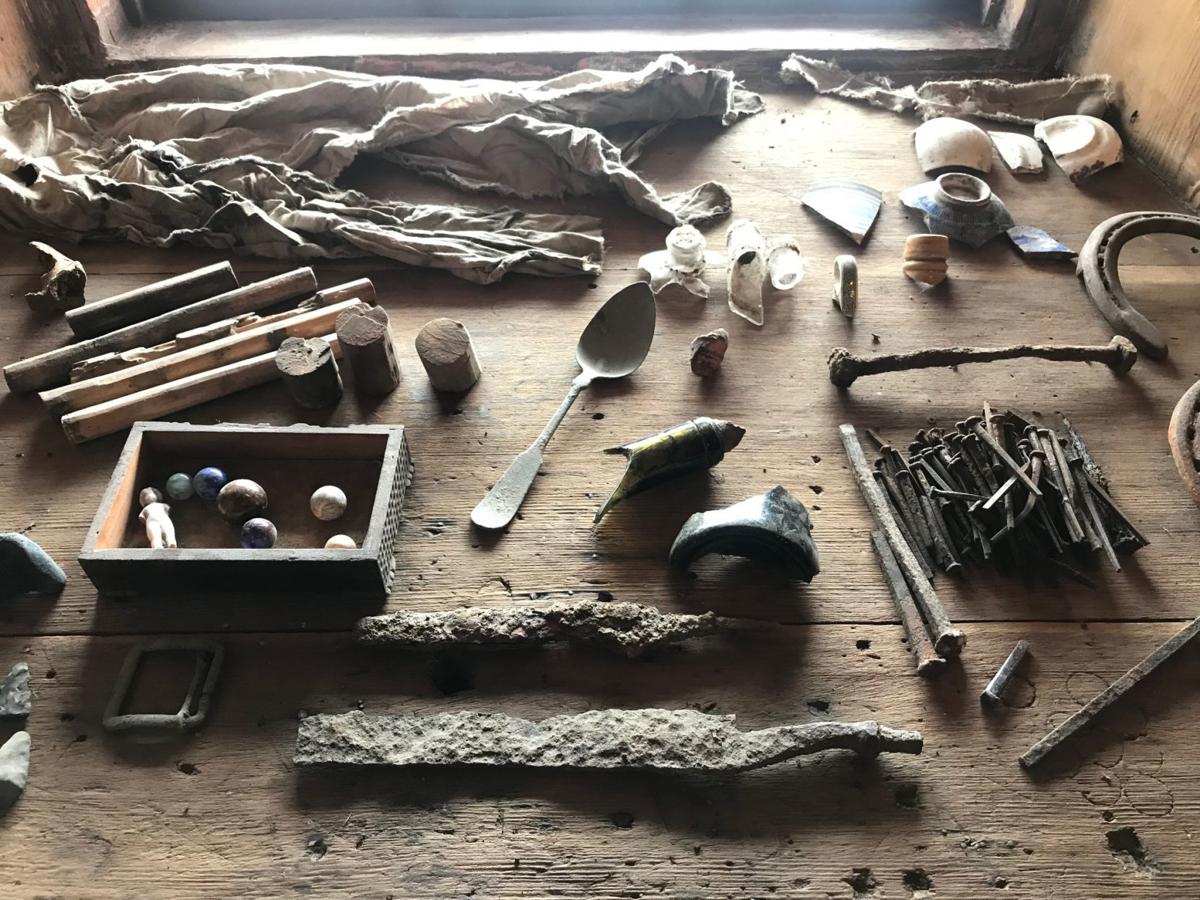 Justin Altamura and his team found a number of items including marbles, square nails, arrowheads, bits of pottery and even a piece of clothing during the renovation of Napa's Old Adobe. 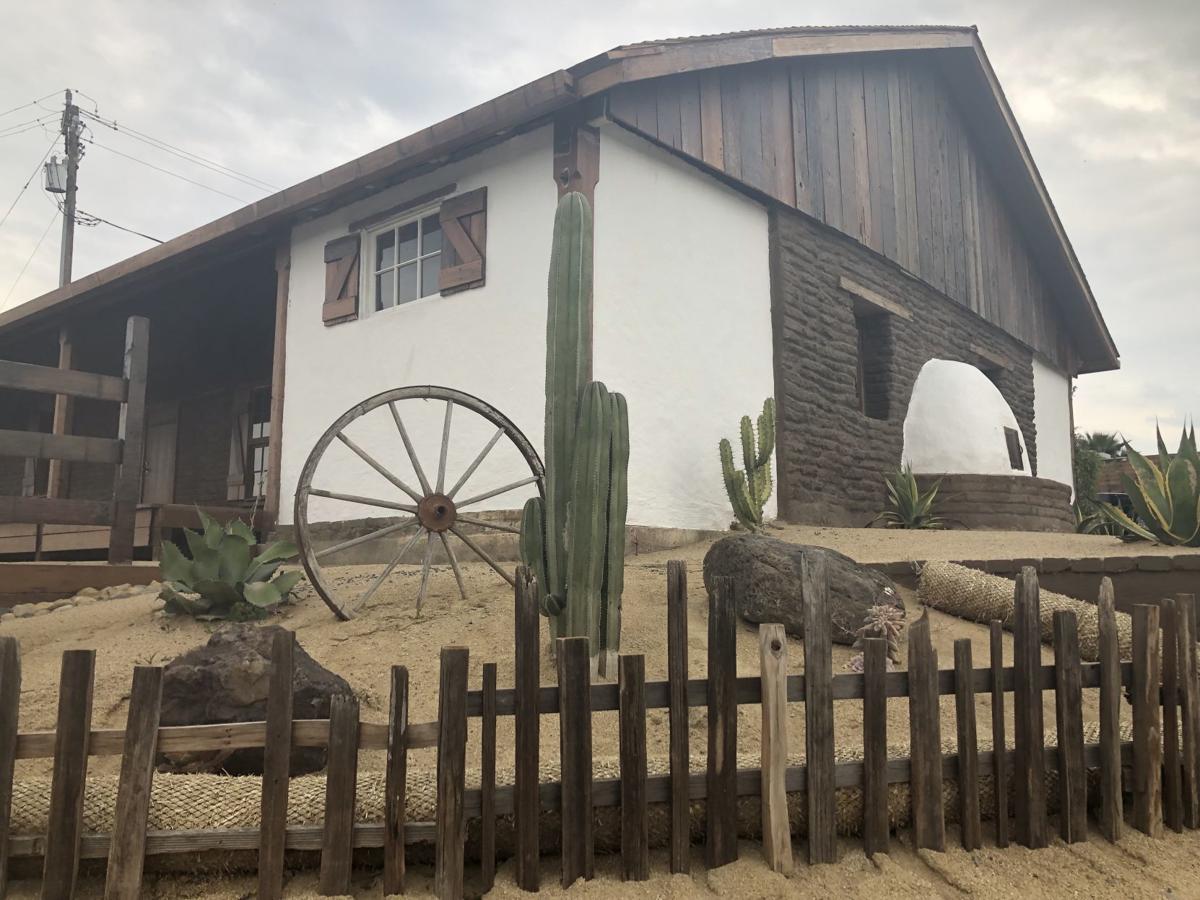 Napa's oldest structure, the Old Adobe on Soscol Avenue, has been renovated by Justin Altamura and is now for lease. 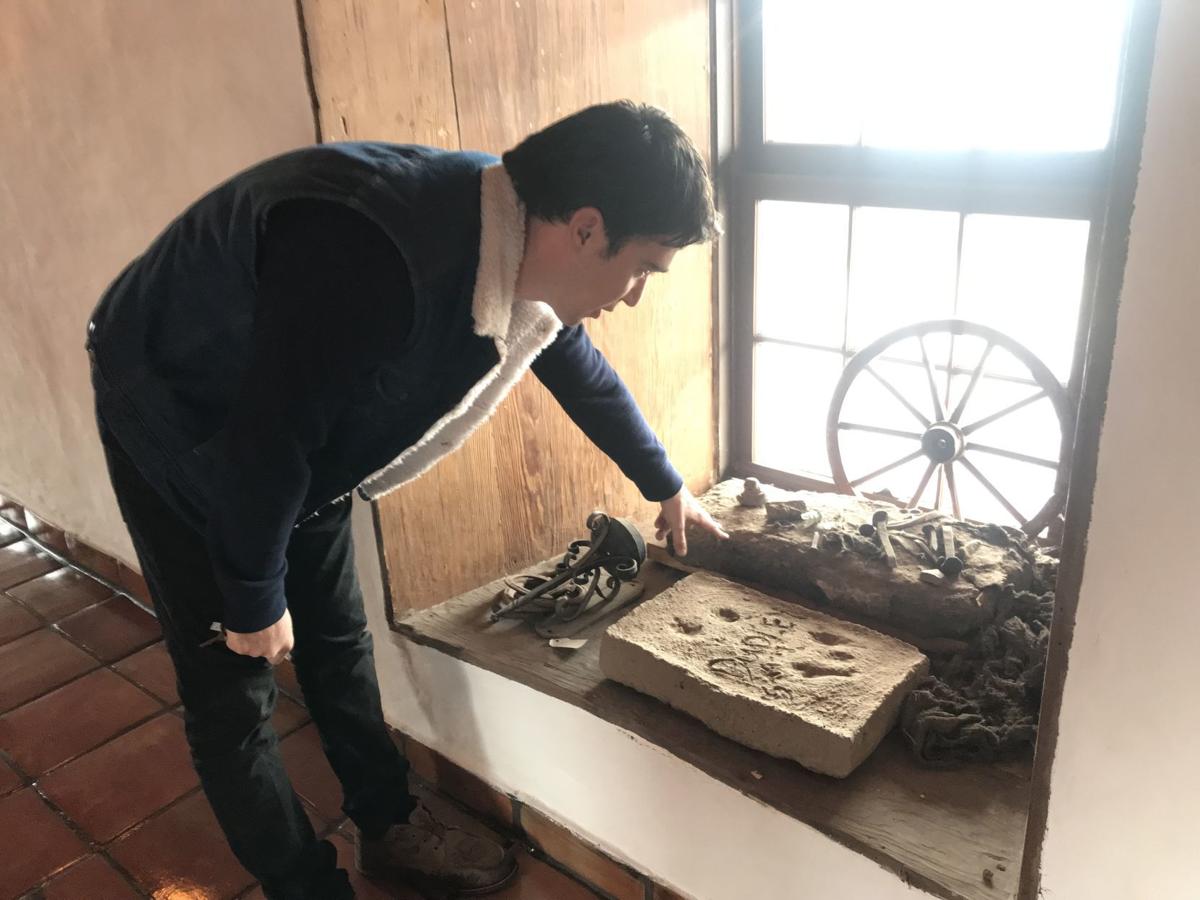 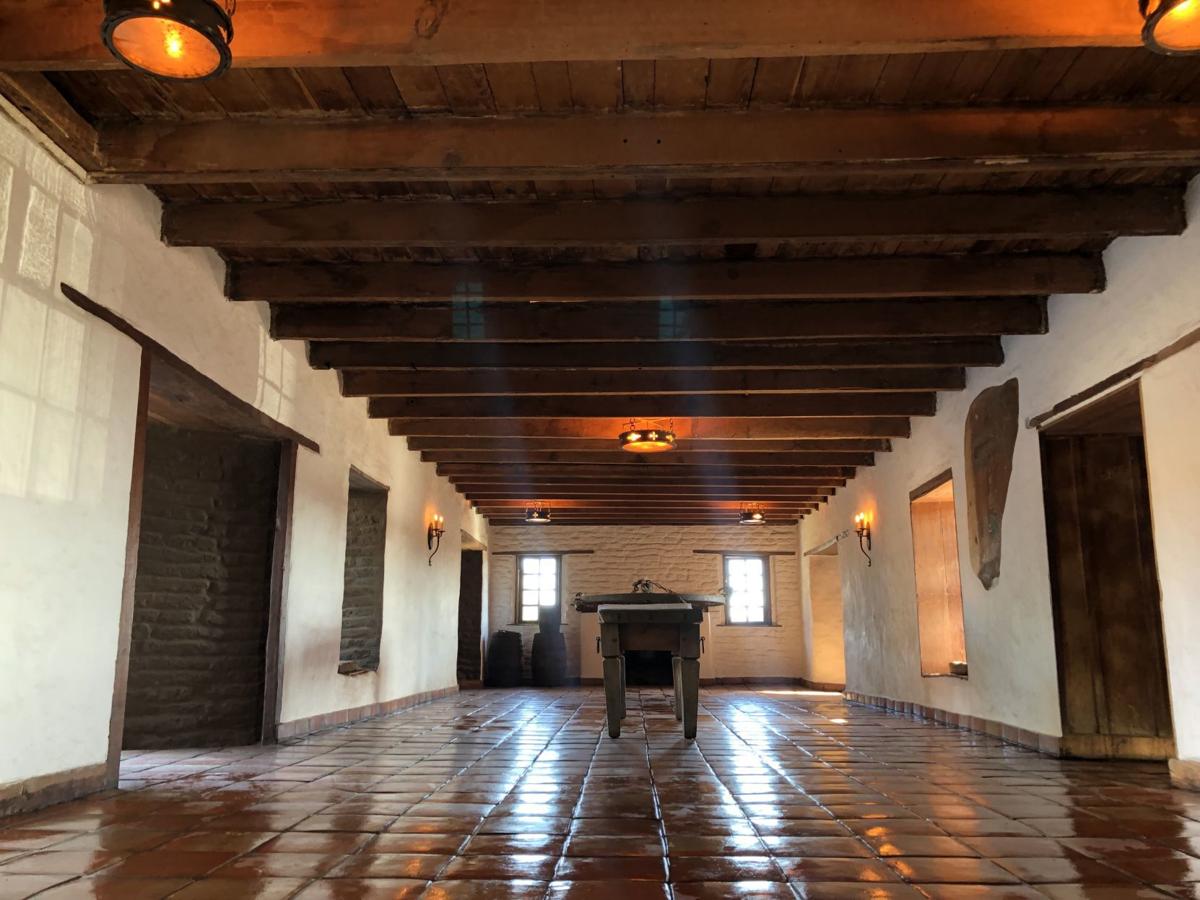 The inside of the now renovated Old Adobe building in Napa.