There was so much history at the Old Adobe, and so little time left for its builder’s descendant to return to it.

He arrived on a breezy, sunny Monday afternoon – a stocky and bearded man leaning heavily on his cane, inching his legs forward from a rented car only as fast as his failing heart would allow. Slowly he made his way to the porch, a female caregiver close by his elbow, before easing his frame to a seated position in front of the walls of brown mudbrick.

Napa was the city where his life began nearly 67 years ago, the place where he had grown up, even if little trace of his boyhood memories could be seen amid the auto showrooms, chain restaurants and the four-lane traffic rushing past.

But he knew the town from the time before this modern panorama had existed. His forebears’ roots ran deeper still, to the very beginnings of the settlement – all the way back to this, the oldest building in Napa.

The home raised by his great-great-great-grandfather, Don Cayetano Juarez. The man whose landholdings had become part of a frontier town in a newborn state.

The past – his family’s past – was nearly gone, but not quite. And he had come to see it, in what he was sure would be the last year of his life.

Before words like Cayetano and Juarez and Tulocay were the names of streets and graveyards little noticed by passers-by, they pointed to the earliest years of settlement in what would become eastern Napa.

Don Cayetano Juarez, a soldier serving the Mexican government that then controlled California, received the Rancho Tulocay land grant in 1840, more than 88,000 acres east of the Napa River. Around 1845 he built a house of adobe on his landholdings, using the labor of Native Americans who put up other structures that perished with time. This mud-walled home would become the last surviving structure in the city-to-be from the days before the Mexican-American War.

By the time Roy Stephens was born in August 1951, five generations removed from his ancestor, his family’s home was no longer at what had become known as the Old Adobe, but a less remarkable Muir Street bungalow he shared with his parents and two brothers.

Though Cayetano Juarez and his 11 children had lived for years in their adobe home, by the 1920s it had become home to a series of roadhouses, bars and restaurants that would occupy it for generations.

Even so, young Roy still had relatives close by in Napa, even more than a century after Cayetano Juarez had established his estates.

“My great-aunt’s house, you could smell it a mile away for all the olive trees there,” he remembered of her home near Trancas Street to the north. “And it was all Mexican food there – she’d spend all week getting the place ready for her next get-together.”

Family legacy aside, Roy’s childhood passed much like those of others growing up in the smaller and slower-paced Napa of the 1950s and 1960s. He made friends at Phillips Elementary School, graduated from Napa High in 1969, then did a two-year Navy tour as a medic supporting Marines deployed to Vietnam.

But while he came home to Napa in 1971, work and love eventually would lead him away. A brief first marriage took him to nearby Sonoma before a truck-driving job led him over the Interstates to Texas, Illinois and New York. A second marriage uprooted him from the North Bay altogether, as he followed his spouse to her hometown of Omaha, Nebraska.

Stephens’ reminiscences were interrupted by the arrival of a visitor. A dark-haired man not quite half his age strolled toward the Old Adobe porch and introduced himself: Justin Altamura, whose developer grandfather George had bought the landmark four years earlier.

Asked by Stephens what the building might become once the work was finished, the 31-year-old Altamura volunteered that a restaurant could move in, or perhaps the office of a group like Napa County Landmarks. But whatever its future tenant, he quickly added, he promised to keep the place looking fresher – and more original – than it had in decades.

Since taking charge of the Old Adobe, a team of workers had removed additions to the building, exposed original wood beams and even painstakingly mixed mud-based mortar to shore up the bonds between the aging bricks. Whitewash coated the outer walls; inside walls were plastered in mud, sand and pine needles.

“I want it to stay the way it is,” Altamura told his visitor. “I don’t want others to mess with it.”

What Cayetano Juarez’s descendant returned to was a landmark brighter, cleaner and truer to itself than it had been for decades. Gone, above all, was the dilapidation he remembered with some bitterness from unhappy long-ago visits to the watering holes that had filled the space.

Worse than the shabbiness that had set in, in Stephens’ eyes, was the lack of any acknowledgement of his ancestors who had built the place. Surely a plaque or marker could be installed let those walking in know who its builder had been?

Altamura readily agreed with that sentiment.

Nebraska had become home to Roy Stephens, but in 2008, time began to run out on him. A serious heart attack was followed by a quintuple bypass and three aortic aneurysms that “I should not have made it through,” he said.

“Now my heart is on its very last legs – I can’t even have anesthesia,” he said. “The doctors say I’ve got six months, maybe eight at the very most. I can feel it slipping away now, every once in a while. My balance sucks. My memory’s going. I’ve become one with my recliner and DirecTV and Netflix.”

For more than a year he dreamed of heading west one more time, to reconnect with what roots remained of his hometown and his family. But the money for such a journey was nowhere to be found, not for a dying man who needed someone caring for him at his side.

Napa had moved on in his absence, becoming a hub of the valley’s winery tourism. House prices and rents had moved on – upward – even faster.

“Even if I wanted to come back and spend the last few months here, I couldn’t afford to live here,” said Stephens. “That’s one of the saddest things I can think of – that I can’t even afford to live in my own hometown.”

Then, unexpectedly, the chance came.

A care manager for the Eastern Nebraska Office on Aging, who was working with Stephens, set up a call to him by the Dreamweaver Foundation. Created in 2012 by Ron and Jeanie Carson, the Omaha-based nonprofit uses donated funds to fulfill the wishes of lower-income seniors with terminal illnesses.

By early December a Dreamweaver coordinator, Ashley Weirich, was on the phone with Stephens and his caregiver Julie Choma to hear their story and learn what his final wish would be. Of more than 100 seniors the group has aided, some had asked to see the ocean or take an Alaskan cruise, while others too frail to travel had been treated to a fancy banquet with up to 50 family members flown into town – new suits, ties and all.

“He served our country and was on front lines, helping people medically, so we wanted to do something for him,” recalled Weirich.

Dreamweavers would indeed make Stephens’ wish come true, footing the $5,500 bill in airfare, room, board and a rental car – and even new clothes – for him and Choma to return to the Bay Area.

Stephens had barely five days to tour his old Napa home turf, which three aunts and several cousins still call home, before he and his caregiver had to fly back to Nebraska.

Some of the family guideposts were gone, like the house his grandfather, father and uncle had built on First Avenue in Coombsville. Others had survived, like a photo album he thumbed through while visiting the Phillips school, even if he could no longer recognize which boyish face had been his. A few old hangouts were as vital as ever – “I miss Butter Cream after all these years and they tell me it hasn’t changed one iota!” he said.

But Monday was a day for Stephens to go back to the source of his family, and of his hometown.

“That’s what I came back to see,” he said afterward of his visit to the Old Adobe. “I wanted to touch my roots again.”

Deep in thought outside the abode his forebear had built more than 170 years before, he had let his mind backtrack to family get-togethers, school chums now dead, and the simple pleasures of going into the fields with cousins to drink, sing, strum guitars and, in his cagey words, “create havoc.”

Then he had felt something in his eyes, and it wasn’t smoke.

“I didn’t know it was going to hit as hard as it did,” the scion of Don Cayetano Juarez said. “I had to keep wiping my tears away.”

Napa's Old Adobe: A relic of the 19th century being restored for the future

Napans Cayetano Juarez and Justin Altamura lived centuries apart in a city that has changed exponentially. But there’s one thing that tie the …

Napa’s Old Adobe building is the city’s last physical link to the period of Mexican rule. By month’s end, it could finally get on track to joi…

At 10:04 a.m., it was time to break out the beer as members of the Sam Brannan chapter 1004 of E Clampus Vitus gathered in Napa on Saturday to…

Napa as it should have been

I lived and worked in Napa for 40 years. After retiring from the Napa Fire Deptartment, I now live outside of Yosemite. During those 40 years … 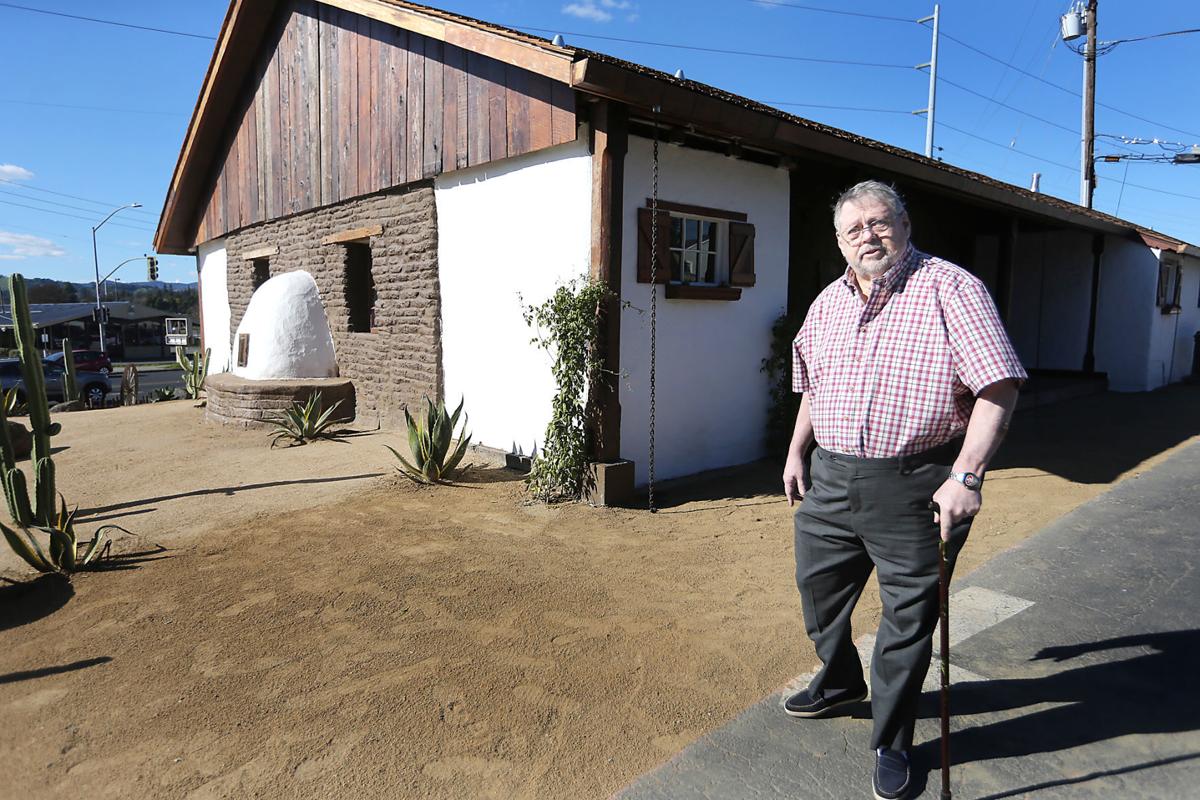 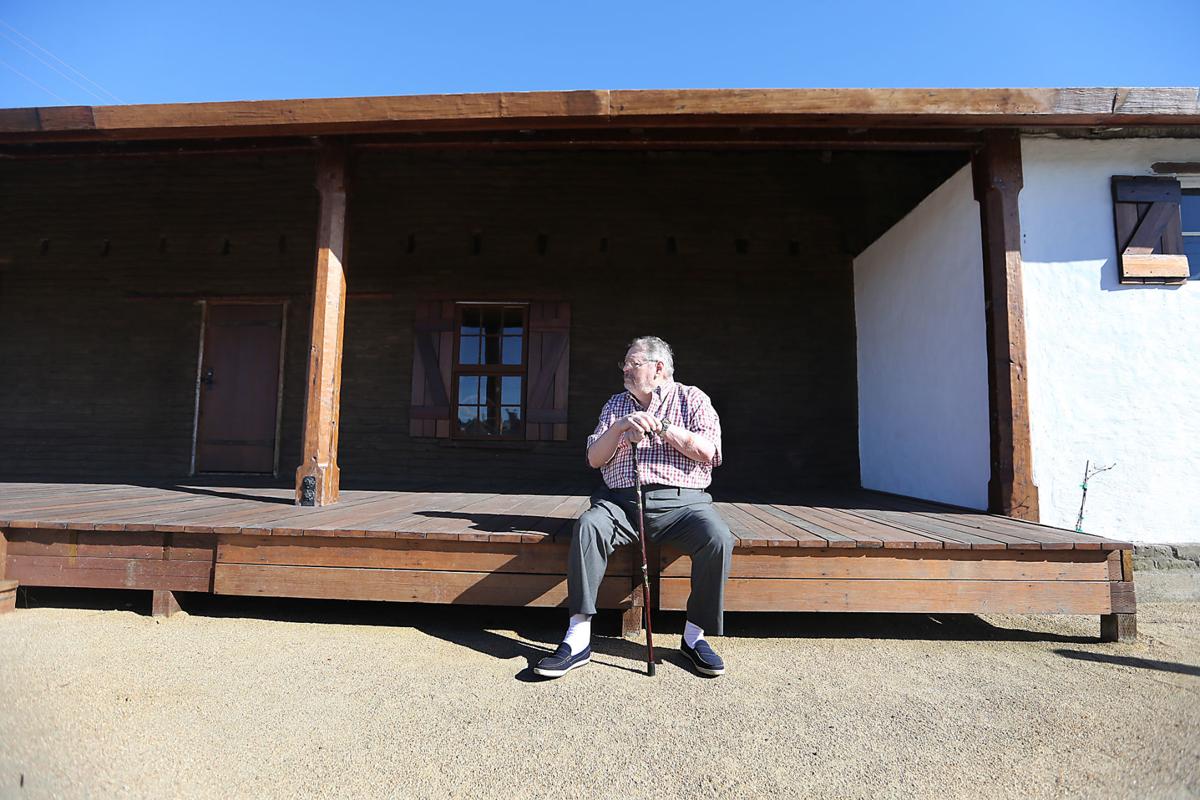 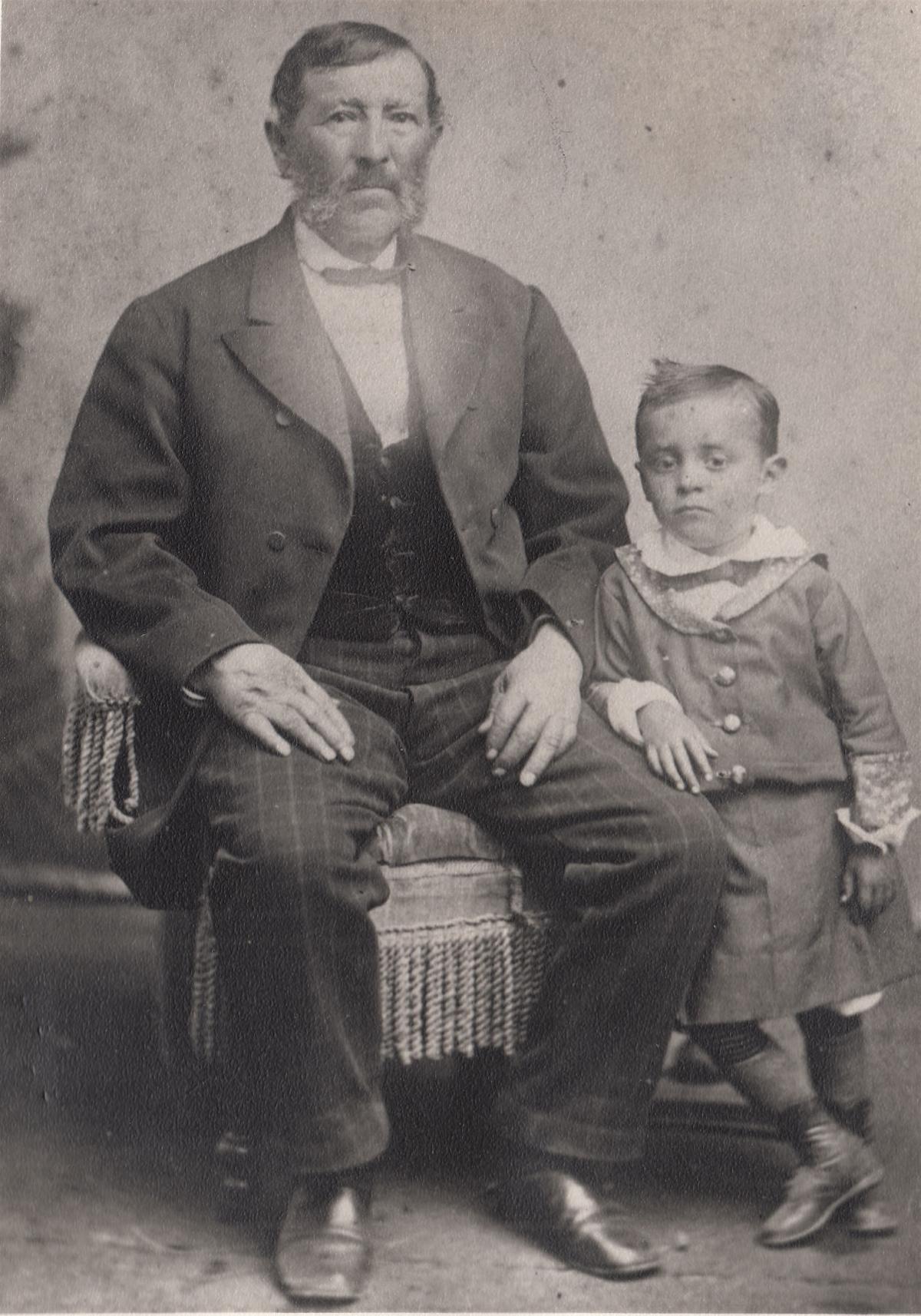 Napa’s Old Adobe as it looked in the early 20th century, with a now-demolished stable on the right. 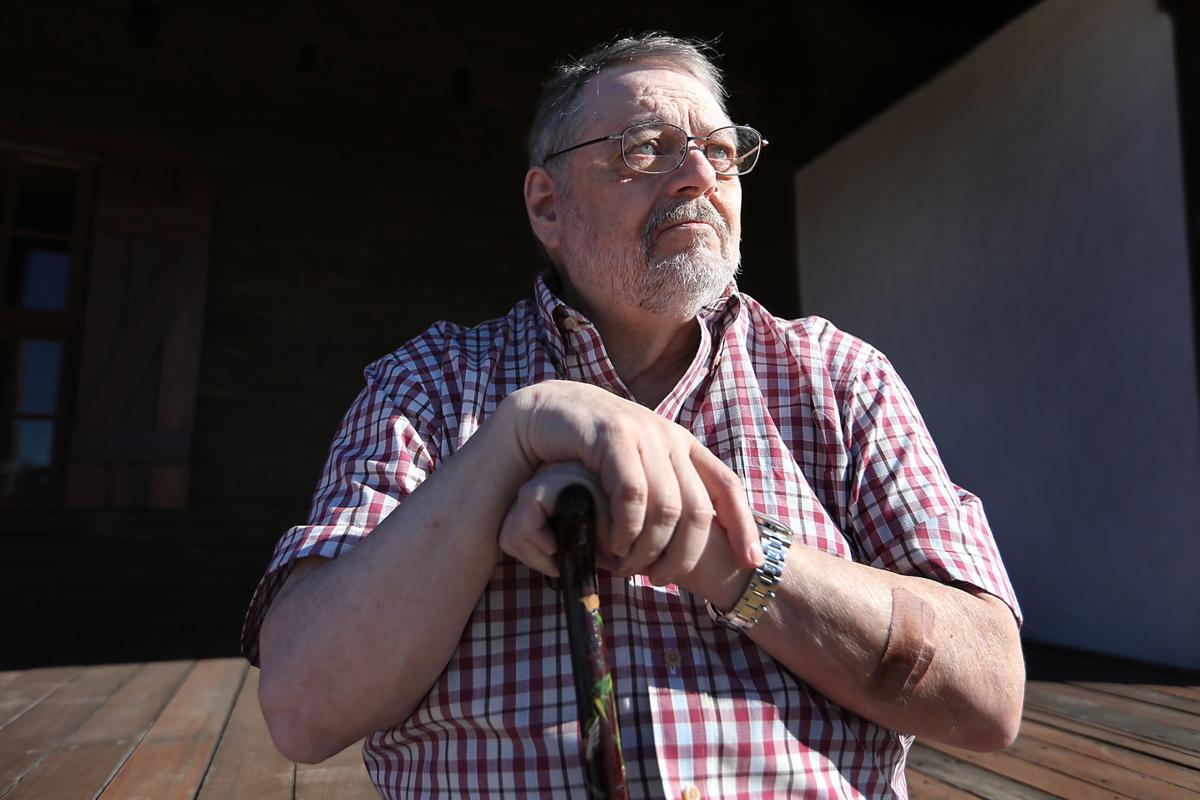 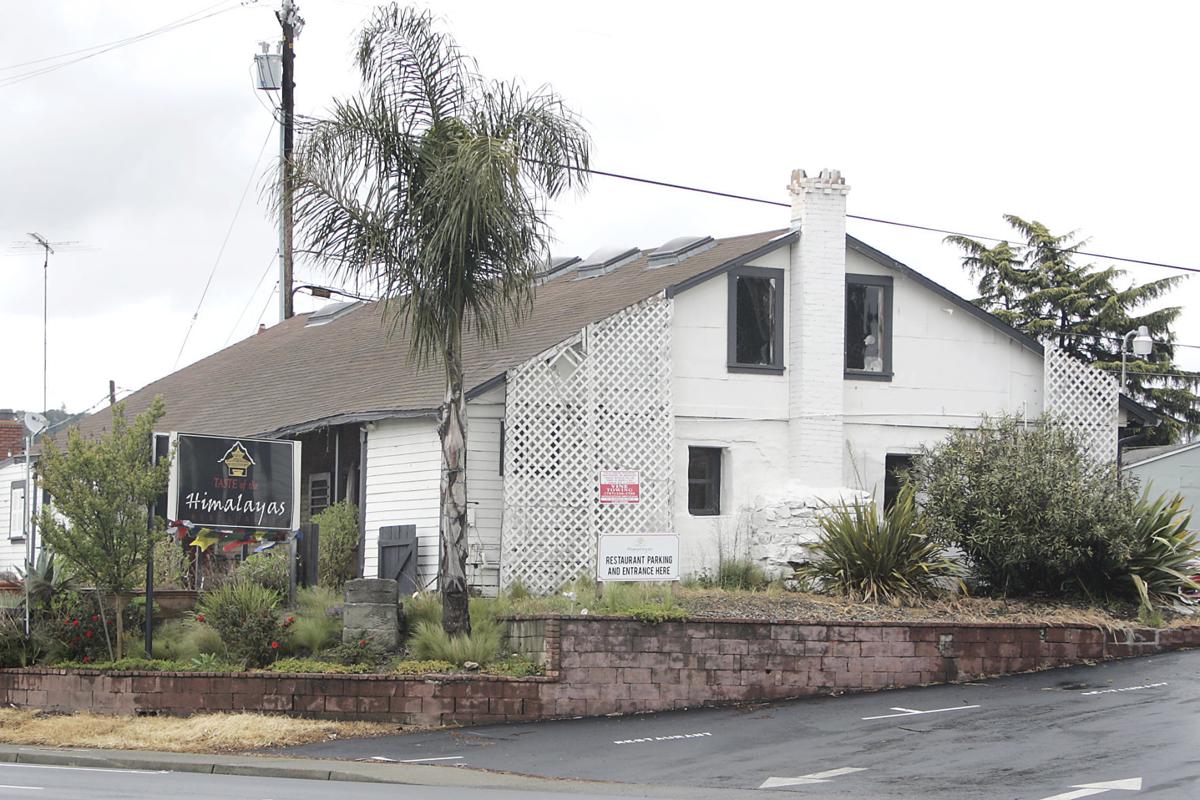 The Taste of the Himalayas restaurant, shown in March 2014, was the last occupant of Napa's historic Old Adobe on Soscol Avenue until George Altamura purchased it for a restoration and preservation project. 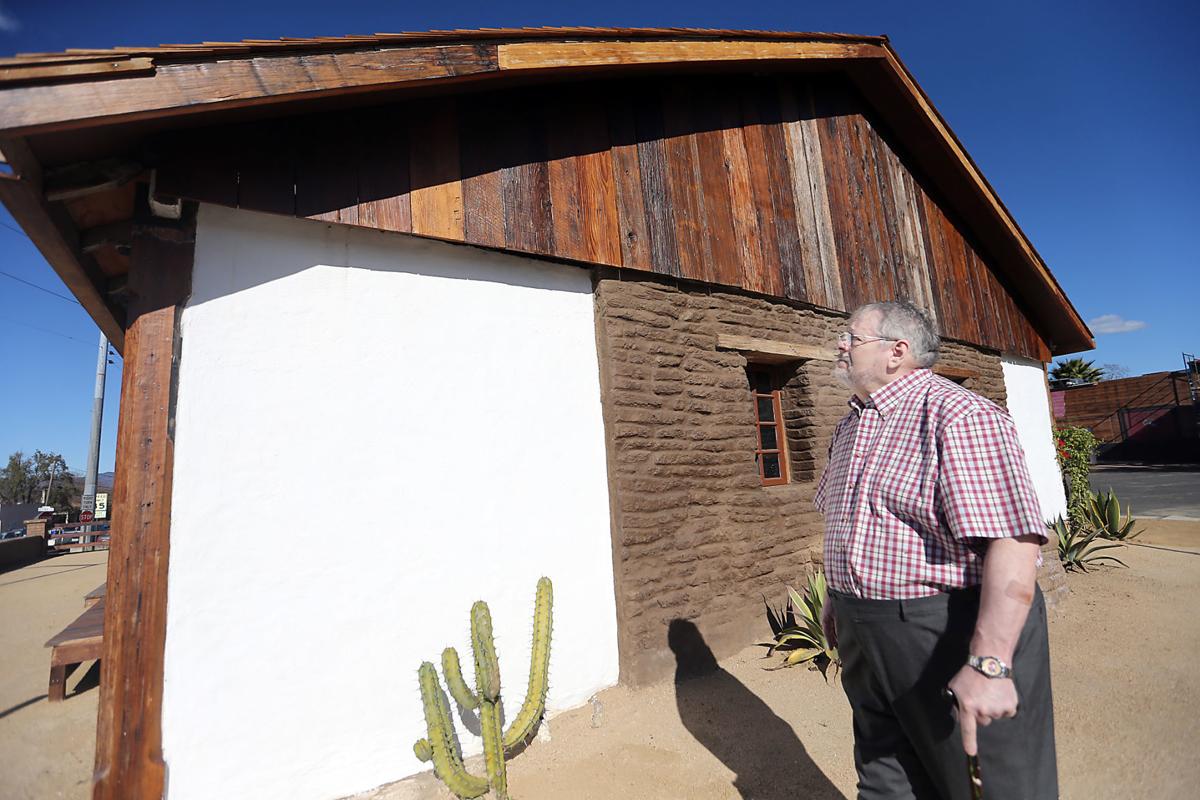 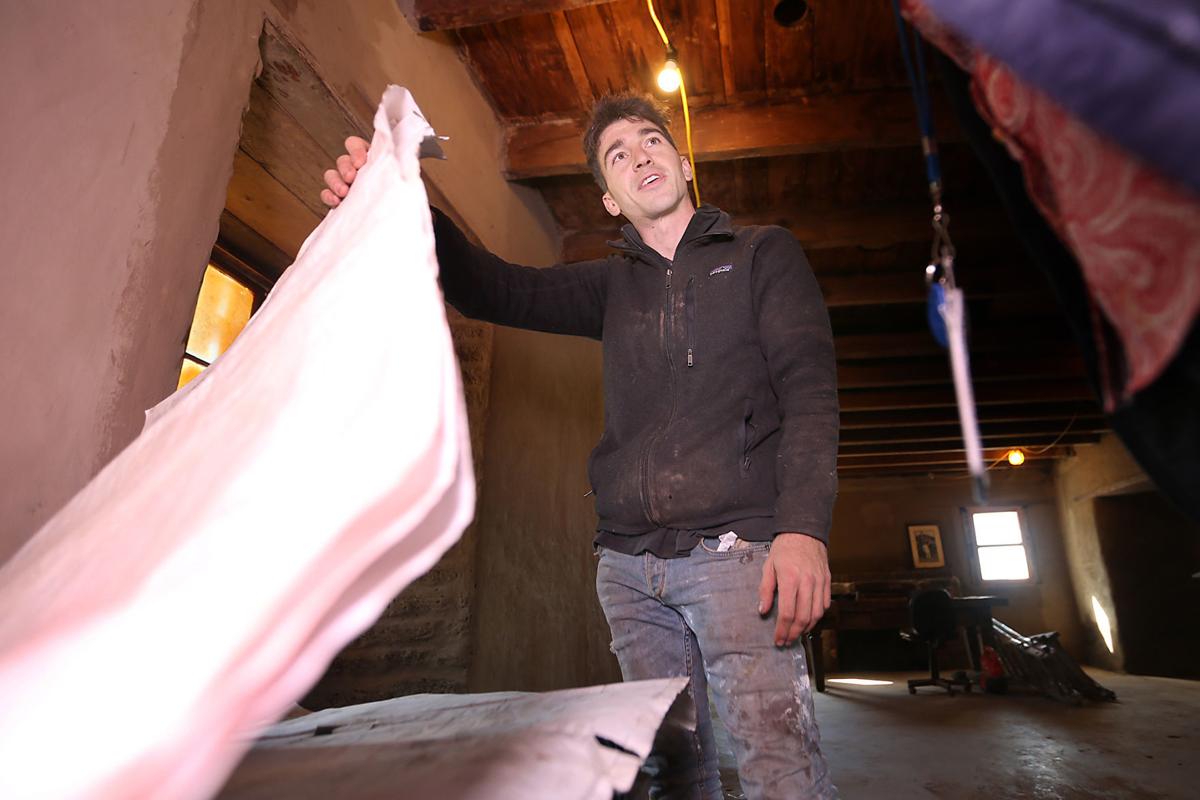 Old Adobe building owner Justin Altamura showed some of the drawings and plans that are being used during renovation of the 1840s landmark, Napa's last surviving building from the period of Mexican rule in California, during a visit in March 2017.