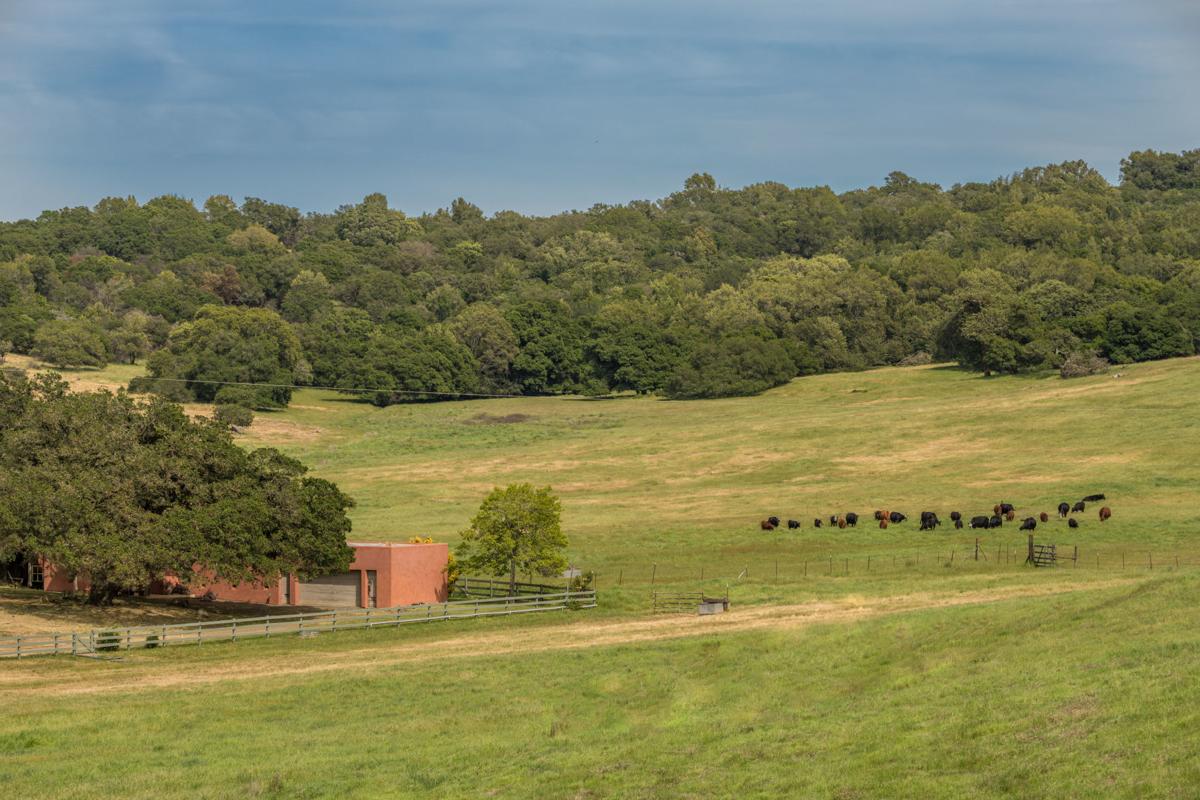 The Terra Guest House, one of two 1,000 square foot in-law units at Green Valley Ranch. The group of owners selling the property built out five structures, including the two in-law units and three larger homes. 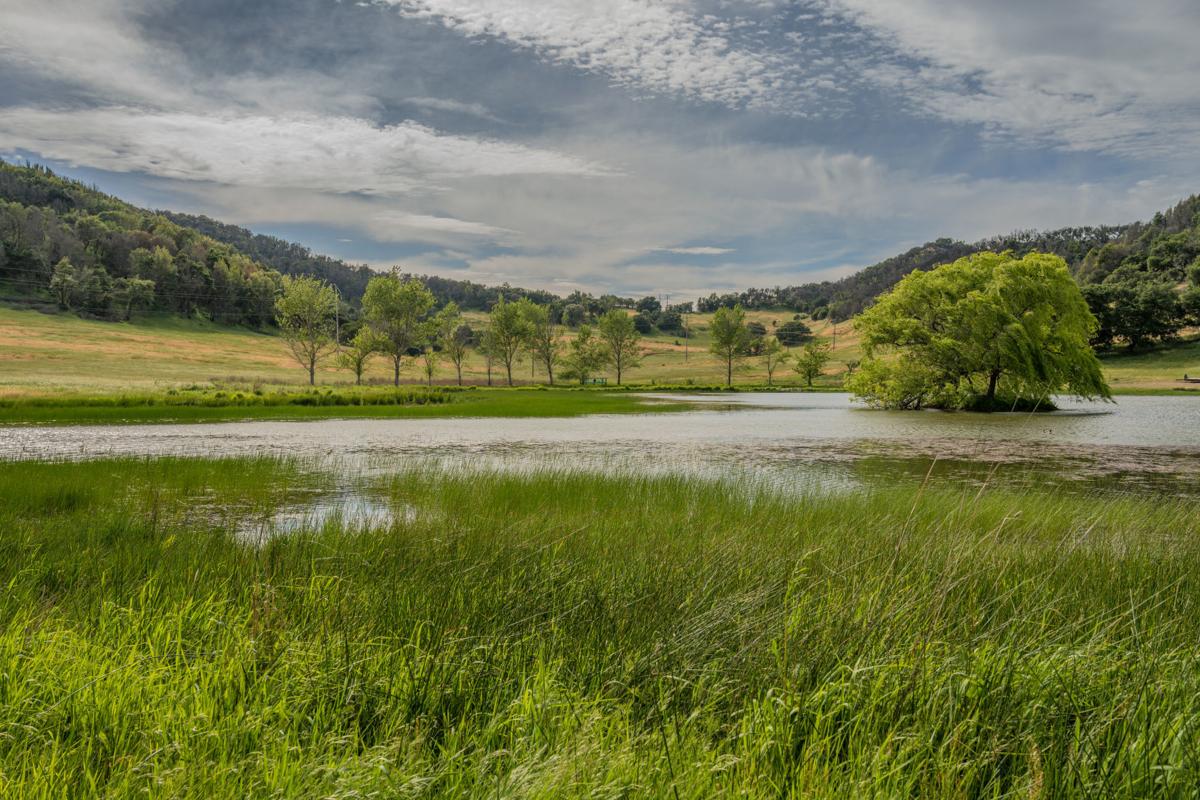 One of the lakes at Green Valley Ranch. Owner Bob Dickinson said each of the 17 owners were brought together by their love of the land and of being its steward over the last four decades of co-owning the property. 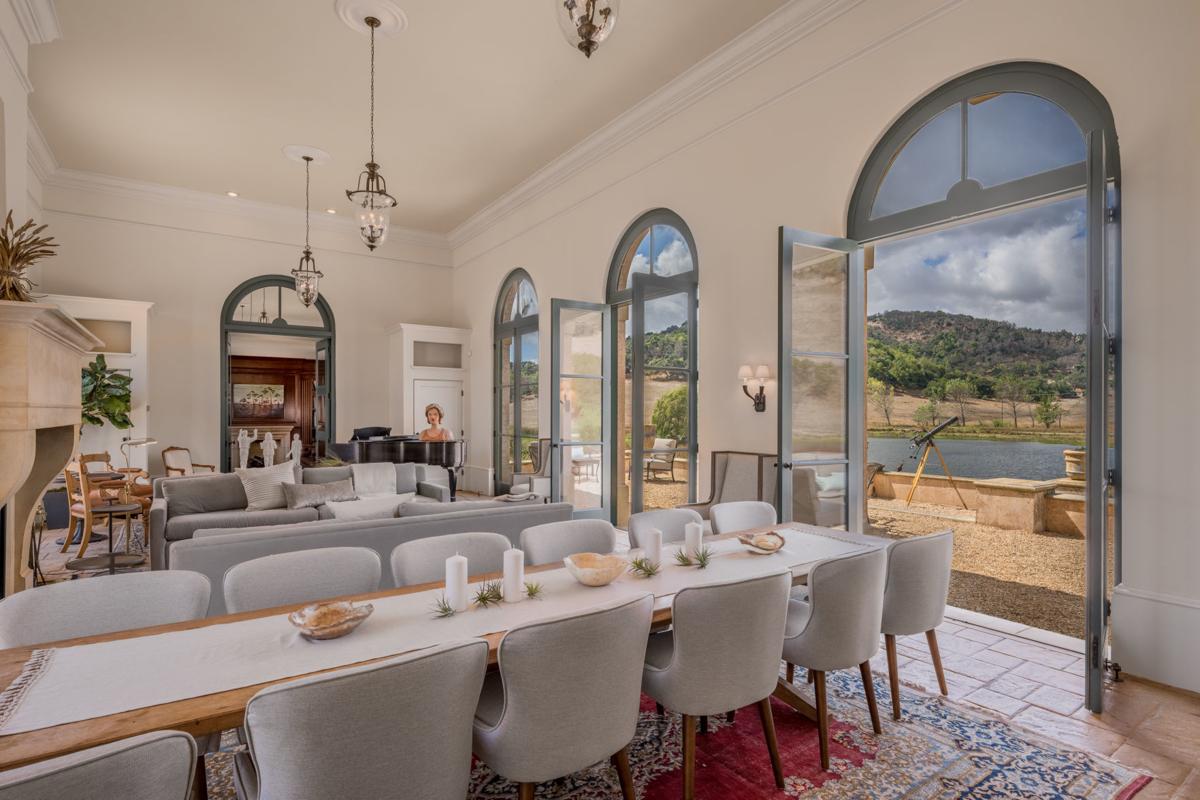 The property's ranch home predominantly features common spaces where owners would gather for meals or morning coffee, according to Dickinson.

Tom Ruge was 24 years old in April of 1978, when he first saw the property at 1681 Green Valley Road. He had spent the better part of the last decade dreaming of something like it.

It had been a horse ranch under previous ownership. Nine hundred and fifty acres sprawled across the Napa and Solano counties, it was roiled with golden hills – the sort California lore is encrusted with. Lakes and ponds, one of them swimmable, dotted the land. Ruge knew two things: he wanted to stake his claim over the property, and he could never afford to do so alone.

“I had seen a number of incredible ranches in California,” Ruge, who spent his summers in college living with a family friend on her ranch in Malibu, said. “But when I saw this place, it blew my mind.”

Ruge’s was a shared sentiment. He’d come to the property to consider joining a group of potential buyers, all young men in their 20s and early 30s. In their singularity, none of them could afford it. Together, though, pooling resources – it could be doable. It took Ruge, early into his career in commercial film, six months to save his share of the down payment on the ranch, he said, but he sensed it would be a once in a life-time opportunity.

“I thought this would be something that would happen in my 50s, not my 20s,” Ruge said.

What started as a group of three looking for a place to “get out of the fog” in San Francisco ended up as a group of 12, the majority from the Bay Area – young men, “members,” who bought into the property between 1978 and 1983, according to member Bob Dickinson. At its largest, the group numbered 17 – today 16, following the recent passing of its eldest member.

They had been hobbled together – friends of friends met colleagues as connections further still removed unfurled – but both Dickinson and Ruge say they treasure their time at the property and fellow owners.

“The land brought us together. Mutual love and respect of it kept us together,” Dickinson said. “It is an astounding circumstance.”

And now it’s for sale.

As of early this month, the Green Valley Ranch is on the market, listed for $25.5 million by Ginger Martin of Sotheby’s International Realty and partner Joel Toller with Coldwell Banker Brokers of the Valley.

Though it was a difficult decision to sell, Dickinson said, the group has begun to “age out”: Most are looking closely at retiring and feel they cannot manage the land as they previously have.

Large ranch properties are commonly broken up to be sold as individual parcels, Martin said. But the group, only the ranch’s fifth owner since the Civil War, felt the history and integrity of the land meant it was worth more intact.

Dickinson said he’d felt drawn to the land itself and the community that had formed around it. In the early years, he said, members would “kind of co-habitate”; they’d come from San Francisco or Los Angeles, whichever pocket of California they regularly called home, “take a bedroom” and make the most of the community spaces, like the living room and the kitchen.

“We’d get up in the morning and make coffee together and chat, or gather in the evening for meals – we sort of embraced that,” Dickinson said.

It’s a lifestyle that could be a movie plot, perhaps more intuitively attributable to today’s millennial generation. There are startups built squarely upon the sense of community Dickinson, Ruge and their counterparts built for themselves: the co-working brand WeWork, for example, which has billed itself equal parts community and office space, and dorm style living for adults (like Starcity, in San Francisco) advertised as a social opportunity as much as a money-saving one.

Later in the ranch’s life, it was built out into additional homes and dwellings. Though the property is zoned to allow for five houses, each parcel was eligible for two additional dwellings, or in-law units. The theme of communal life at Green Valley Ranch continued for its members: they built the original ranch house into kind of a “clubhouse,” and continued to share communal spaces, according Martin.

Today there are three “main” homes on the property as well as two 1,000-square-foot in-law units, according to the listing. The property has the build-out potential for another main house and smaller additional “dwelling” units, and the existing units are move-in ready, according to Martin. Ten acres have been dedicated to vineyards growing red varietals, according to its listing brochure.

The property was impacted by the fires in 2017 – Dickinson lost his home, and a 19th century barn was destroyed – though he says that’s not why the group has chosen to sell.

Martin said the ranch could be a “legacy property” for as many as three families, or perhaps purchased by a corporation. She noted that the property will likely be taken off the market temporarily during the holidays, when various owners will once more come to stay – possibly for the last time.

Ruge has lived on the ranch full time for the last four years, enjoying the company of the eight or so others, members and spouses, who do so. Relationships and career opportunities alike have stemmed from the place – and memories. Dickinson and Ruge refer to the pool of people, visitors they often shared the ranch with, as the group’s “extended family.”

Napa community members and biological families alike have been woven into that fabric, Ruge said. Just last June his god daughter, who grew up coming to the ranch, was married there. He hopes whoever buys the property will keep it together and cherish it as he says the group has.

“It was the best thing I ever did in my life,” he added. “I just hope whoever comes loves it the way it’s been loved for 40 years.”

McVicar Vineyards & Winery, once the site of Dahl Vineyards, sells for $5.5 million

A Solano Avenue winery tied to a highly publicized 2015 murder/suicide now has a new owner.

The wine country real estate market showed signs of both slowing and stabilization during the fourth quarter of 2019.

Family with St. Helena roots loses everything in tragic fire

Shane and Shawna Alley, the son and daughter-in-law of Valerie Dalton, who has lived in St. Helena for 45 years, suffered a tragic fire on Jan. 13.

The Terra Guest House, one of two 1,000 square foot in-law units at Green Valley Ranch. The group of owners selling the property built out five structures, including the two in-law units and three larger homes.

One of the lakes at Green Valley Ranch. Owner Bob Dickinson said each of the 17 owners were brought together by their love of the land and of being its steward over the last four decades of co-owning the property.

The property's ranch home predominantly features common spaces where owners would gather for meals or morning coffee, according to Dickinson.