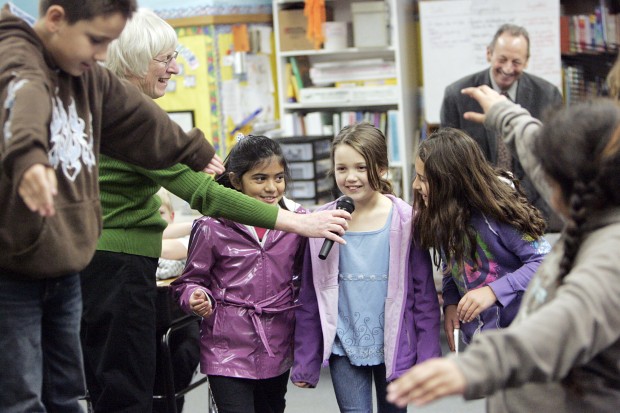 THURSDAY JAN. 19, 2012 NAPA, CA - Salvador Elementary fourth graders perform a tableau of the book "Me and Uncle Romme". Tableau exercises require students to pick a key moment in a book, re-create the scene with fellow students, hold the moment in a pose then describe what their characters are thinking at the time. Jorgen Gulliksen/Register 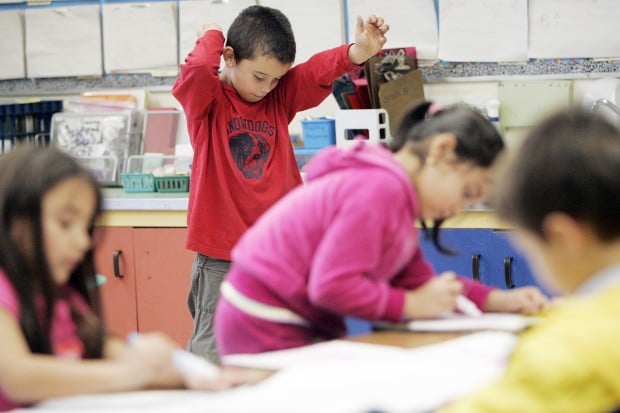 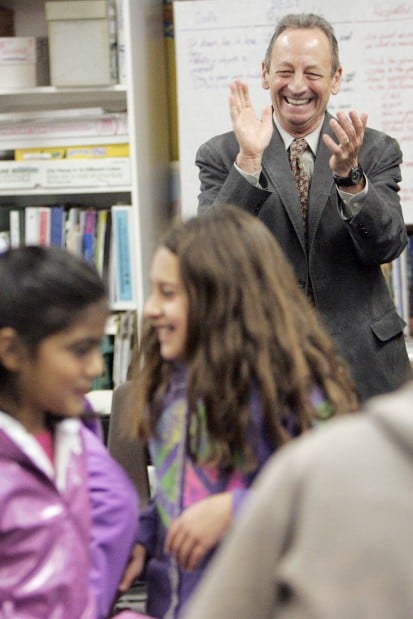 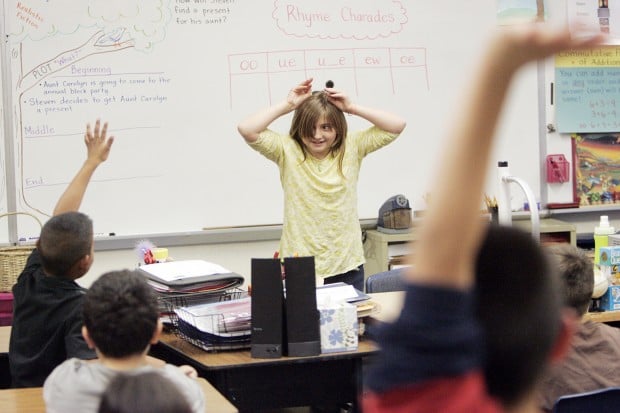 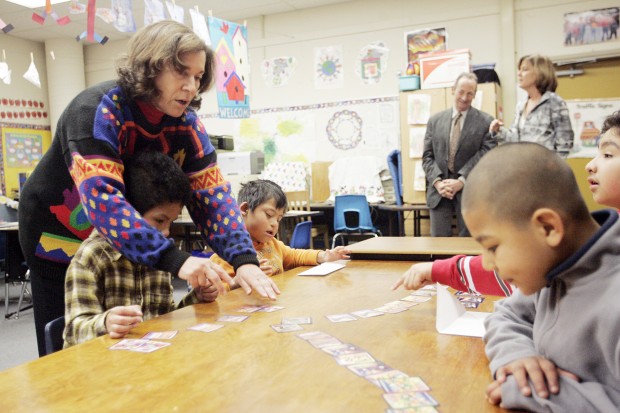 Inside a classroom for developmentally disabled children, a group of Salvador Elementary School students practiced learning the letter D by acting as dancers, dragons, dogs and dinosaurs. While one student performed, the others had to guess what he or she was.

In between “ruffs” and “roars,” the activity elicited a lot of giggles from the children as well as smiles from education officials observing the class.

The Salvador students were practicing “Artful Learning,” a school improvement model that integrates academics with visual and performing arts. The program, which was developed by the Leonard Bernstein Center, is in its first year of implementation at Salvador.

The school is still teaching state standards and using state-adopted texts, but is now incorporating more creative and inquiry-based learning, Perkins said. All units of study will start with a master work — such as a song, painting or poem — and will use that as a starting point for learning, she said.

In fifth grade, for example, the master work is Emanuel Leutze’s painting of George Washington crossing the Delaware River. Using that painting as a starting point, the students will explore the concept of risk and how it shaped America.

In the fifth-grade classroom, Bernstein watched as teacher Brenna Curtis led the students in a critical thinking exercise called “visual thinking strategies.” During the exercise, students describe their opinions and observations of a particular painting. Three pictures are displayed per lesson, and students spend 15 minutes discussing what is happening in each painting.

“It’s all about students articulating what they see using their own voice,” said Chuck Neidhoefer, administrator for the district’s magnet and charter schools.

Salvador is one of four magnet schools in the Napa Valley Unified School District, each with a unique theme, each supported through federal grant money.

The differences of opinion shared during “visual thinking strategies” help students learn how to live with contradictions and develop conflict resolutions, Neidhoefer said.

In Lu Kenmonth’s second-grade class, students learned how to look for details in an exercise called “alteration observation.” One student would look at the details of another student’s outfit, leave the room while the other student altered his or her appearance, and then return to identify what was different. Some students took off their glasses or rolled up their sleeves — others zipped up jackets or untied their shoes.

Bernstein said he was impressed by the amount of engagement from the students and the level of commitment from the teachers.

“I’m overwhelmed with what they’ve been able to accomplish in such a short time,” Bernstein said.

The benefit of arts integration, according to Bernstein, is it “instills a love of learning.”

Futuristic pasta is made flat, shapes itself while it boils

Futuristic pasta is made flat, shapes itself while it boils

Police are investigating the crash that injured two drivers and a 4-year-old child.

The defendant was also ordered to pay $250,000 for the psychological harm that he caused.

Curbs on irrigation, car washing and other activities may return in the city of Napa amid shrinking water supplies on the tail of a dry California winter.

A house fire that broke out Saturday evening in rural eastern Napa County spread into 2 ½ acres of woodlands before being controlled by firefighters.

Wildfire smoke substantively depressed wine production in Napa County in 2020. As the first wines from the 2020 vintage come to market, wineries are assessing strategies to compensate for a lower-production year.

Founder says she wants more time to connect with neighbors before seeking permission to grow.

THURSDAY JAN. 19, 2012 NAPA, CA - Salvador Elementary fourth graders perform a tableau of the book "Me and Uncle Romme". Tableau exercises require students to pick a key moment in a book, re-create the scene with fellow students, hold the moment in a pose then describe what their characters are thinking at the time. Jorgen Gulliksen/Register