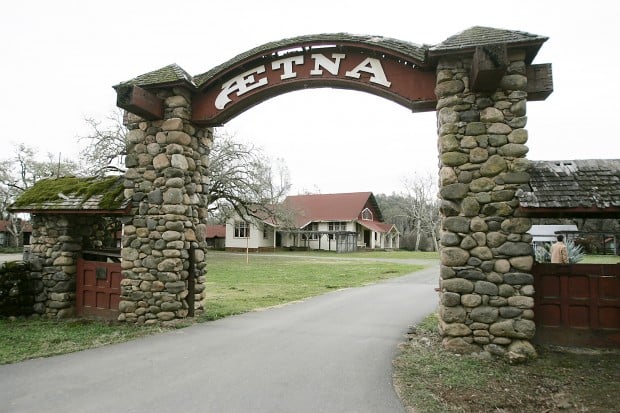 The developers behind the long-dormant Aetna Springs Resort redevelopment in rural Pope Valley are looking to obtain a $44 million loan to finance the project as it moves into a construction phase.

The rustic 19th century resort hosted tourists until it was sold in the 1970s to an affiliate of the Rev. Sun Myung Moon’s Unification Church, which later flipped it to a Southern California developer.

The resort has been unused and in a state of disrepair for years. Local development firm Criswell Radovan has had plans to resurrect it. In 2012, the developers got the Napa County Planning Commission’s stamp of approval on a use permit.

Developer Robert Radovan said at the time the goal was to break ground on the redevelopment project in 2014 or 2015, which included restoring 28 historic buildings, relocating more buildings, building a new lodge and restoring historical structures such as bridges.

The goal is to open a 65-room resort that would employ 120 people, with 100 overnight guests allowed on weekdays and 200 guests on weekends.

The project is jointly owned among Radovan, partner William Criswell, and the Dallas Police and Fire Pension fund. A notice in the Commercial Mortgage Alert newsletter from April 11 stated that the ownership group was looking for a $44 million loan to finance the project. Real estate firm Avison Young is assisting in the financing search, according to the notice.

Centric General Contractors, which focuses on luxury resort development and historic restoration work from its offices in St. Helena and San Francisco, expects to get the contract for the work, but hasn’t yet, Project Manager Tom Reilly said Friday. Reilly declined to discuss any additional details about the work.

John McDowell, a deputy director in the Napa County Planning Commission, said Friday that the project developers have been coming into the department and getting their building permits, along with other approvals needed for demolitions and septic systems.

McDowell said a series of permits have been issued, while more are on the verge of being issued.

“I would not be surprised if they’ve broken ground,” McDowell said. “They’re getting all the permits that they need to get, but there’s always more permits that you have to get.”

The resort boasts a rich history, dating back to Napa County’s early mining days, as tourists from San Francisco would venture to its remote location in the 1870s to take advantage of the natural mineral springs. Bottles of Aetna Springs mineral water were a hot seller at that time.

Many of the buildings have historic value because of their architecture, including some in the style of famed architects Bernard Maybeck and Albert Farr, said Juliana Inman, a Napa City Council member and architect who specializes in historic structures.

The resort was also a summertime refuge for screenwriter Frances Marion, one of the most powerful women in Hollywood history, and other film luminaries and cohorts of Marion’s, including the actress and filmmaker Mary Pickford.

Ronald Reagan declared his candidacy for governor of California on the steps of the resort’s dining hall in 1966.

“It was a pretty popular family resort,” Inman said.

The tenor and reputation of the resort changed drastically when it was sold to the Unification Church, which closed it to the public and emphasized privacy.

Inman said she would love to see the resort restored and reopened to the public, but understands the difficulties in financing a project like that. Luxury resort projects rely on formulaic financing, and Aetna Springs isn’t likely to fit those formulas, she said.

“I guess I’m not surprised,” Inman said. “It’s hard to finance big hospitality projects. I really want to see it reopen. I want the public to be able to go in and see these beautiful buildings.”

A grand 19th-century resort to be reborn in Pope Valley

We invite you to discover what has made Claffey & Rota Funeral Home the ultimate provider of creating healing experiences in the community.