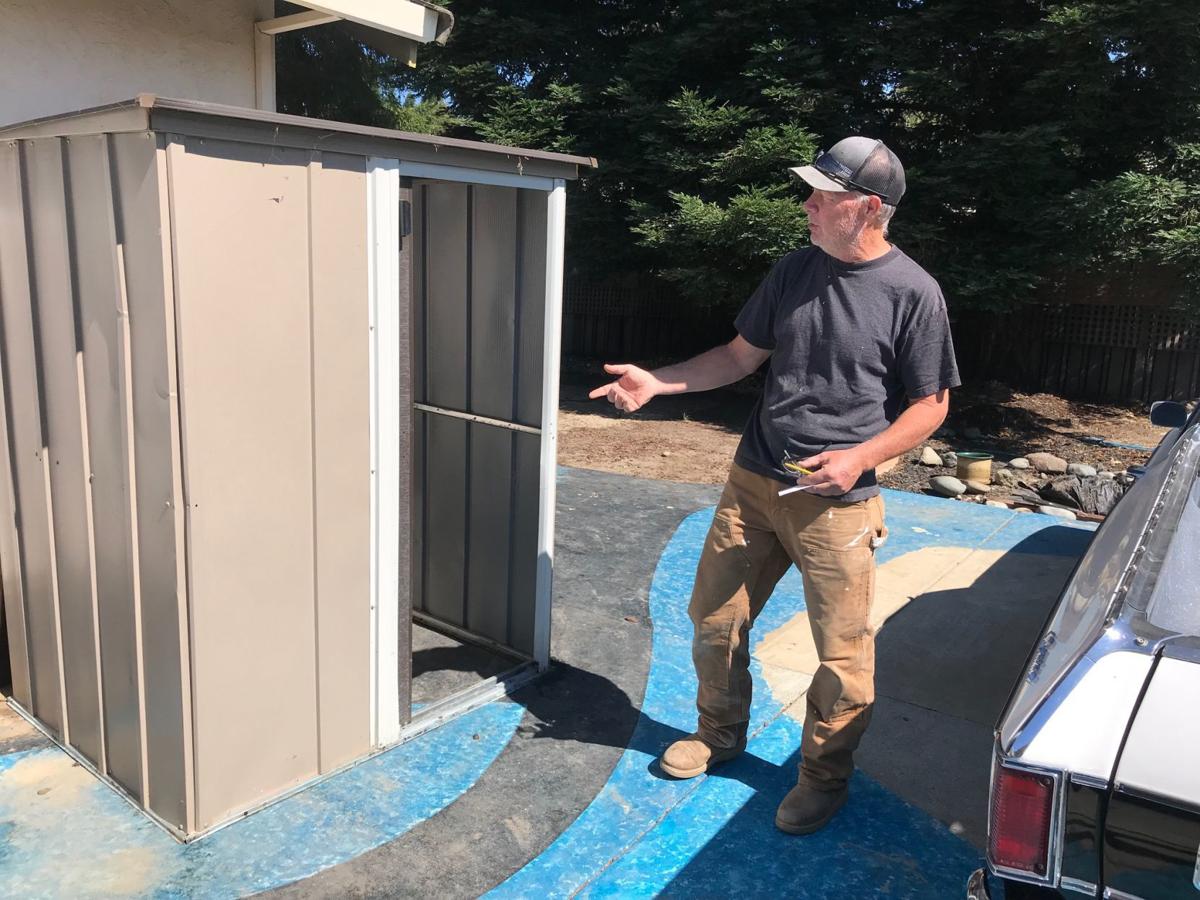 Oscar Healer is the new owner of 3366 Linda Mesa Way in Napa. The former owner, Ashfin Gooya, was fined $204,000 by the city and forced to sell his home because he refused to stop running an unpermitted vacation rental. Before Healer bought the home, a toilet and sink had been added inside this metal garden shed. 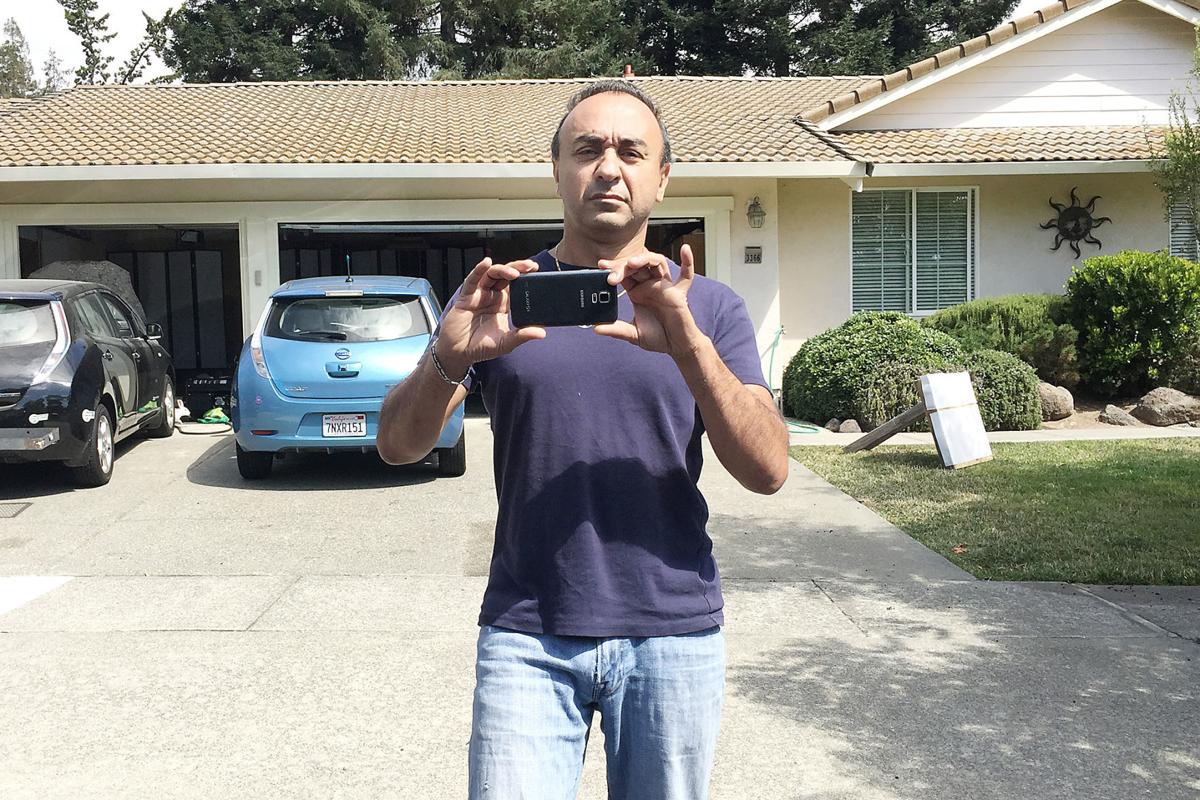 Ashfin Gooya was photographed outside his illegal vacation rental on Linda Mesa Way in Browns Valley in August 2016. 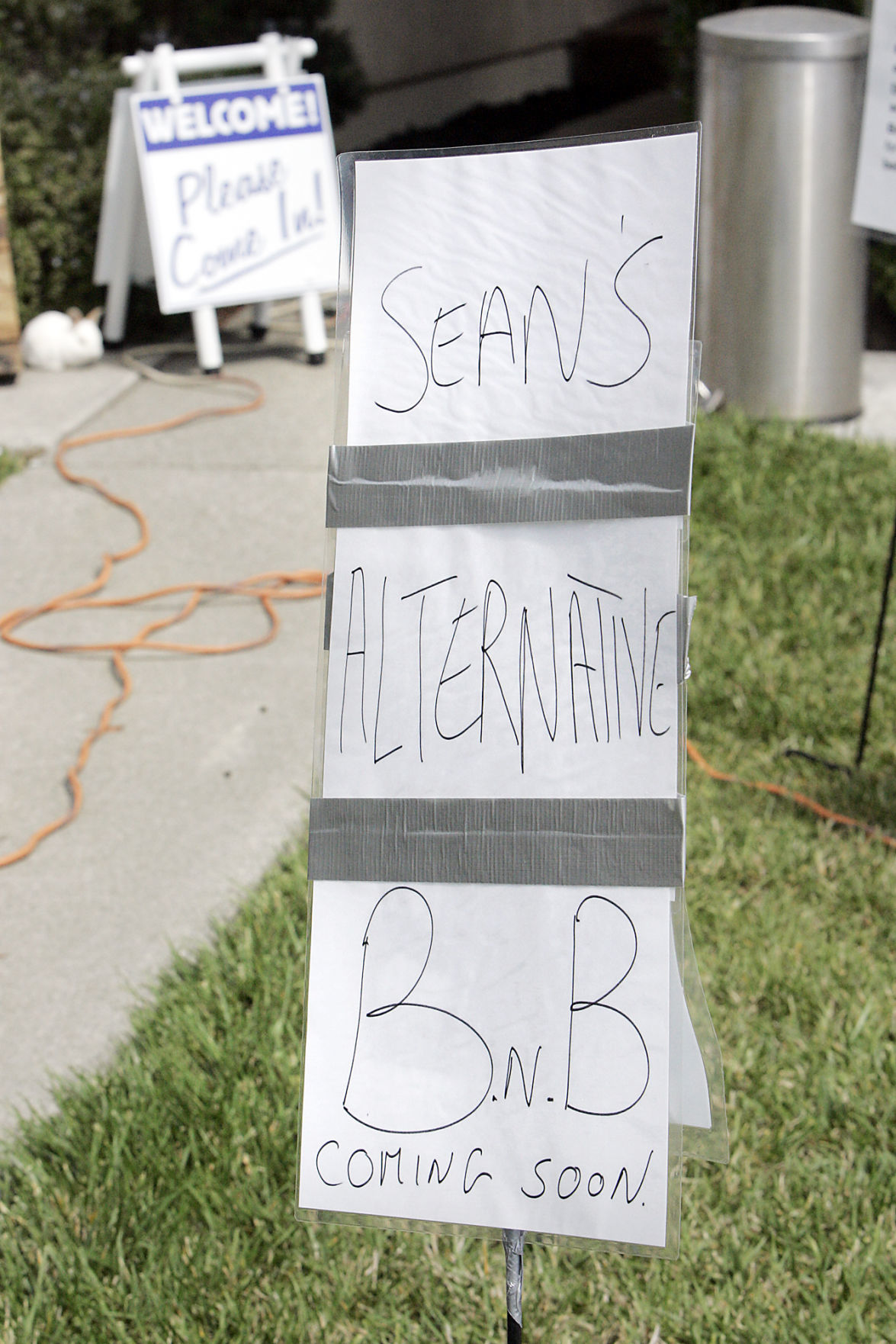 The owner of an illegal vacation rental on Linda Mesa Way in Browns Valley put up mocking signs in 2016 after neighbors complained.

The new owners are Oscar and Marianne Healer of Napa.

Healer said at first he wasn’t aware of the home’s notoriety. “We had no idea,” he said.

But even after he heard about its history and the code enforcement issues that the city would require him to correct, he wasn’t deterred.

“We like the layout and the bones,” as well as the home’s location, said Healer. He used to work for Bell Products and knows how to fix up houses. The remodel is already underway.

One year ago, Gooya was ordered to sell the three-bedroom home to settle the fines imposed by the city for violating its vacation rental ordinance.

Since at least April 2016, Gooya had advertised the Browns Valley home for rent on sites such as VRBO and Airbnb for as much as $2,550 a night. The home did not have a city vacation rental permit.

The house became notorious to its neighbors who complained for months about a steady flow of overnight visitors, noise and traffic at the single-family home.

The city eventually came to issue citations with fines of $1,090.50 per day for unpermitted lodging and food service activities.

In an earlier affidavit, neighbor Bruce Chinberg said that due to the vacation rental, conditions on the street had become “intolerable.”

At one point, Gooya reportedly let rabbits loose in the neighborhood. He also placed a cage with live chickens on top of his car and parked it on the street by the home. Later, he installed signs around the property taunting neighbors who he claimed were complaining about his overnight guests.

On June 22, 2018, Gooya agreed to sell the home to avoid fines totaling $204,000. Instead, he settled the case with the city for $25,000. Gooya had filed for bankruptcy protection and had no assets at the time. The house had entered the foreclosure process.

Gooya likely didn’t make any money from the home sale. According to bankruptcy court documents at the time, Gooya owed $470,000 to Wells Fargo Home Mortgage, $137,997 to a single individual as a second deed of trust, $600,474 to Bank of America and other amounts to entities with secured property claims.

This past week, Healer was already at work at the home removing counterops, flooring, room dividers and an unpermitted bathroom and bedroom.

Most of the work that needs to be done is cosmetic, he said.

“I’m sure at one time it was somebody’s apple of their eye,” he said. But when he and his wife first saw the condition of the home, “For us it was like, ‘Wow’” — and not in a good way, said Healer.

For one thing, the house was dirty throughout. There were numerous code violations and other oddities.

Someone cut holes in the walls to create recessed areas for fish and reptile aquariums using “some sketchy framing.”

“There was an outdoor kitchen that had some kooky electrical. Random holes were where there shouldn’t be holes,” he said.

On the patio area, a toilet and sink had been installed inside a small metal outdoor garden shed.

“It’s beyond me what they were doing,” said Healer.

The house was built in 1980 and is located in a neighborhood of other well-kept tract homes.

They are “quite pleased” to hear about the purchase, he said he’s been told.

“With the history of the house, I’m sure the neighbors had some trepidation,” said Healer.

He assured them that the couple plan make it their home.

“We’re not going to turn it into a rental or flip it,” he said. “We’re not just going to slap some lipstick on it and sell it. We’re going to love it and improve it. Hopefully this is going to be our forever home.”

A Napa homeowner who was jailed, fined $204,000 and charged in criminal court because he refused to stop running an unpermitted Browns Valley …

Illegal Napa vacation rental shuts down, put up for sale

After accruing more than $110,000 in fines for running an unpermitted vacation rental in Browns Valley, the owner of the Napa home has stopped…

The welcome mat is definitely not out at one Browns Valley vacation rental.

In May 2019, 3.6 percent of all home mortgages in the U.S. were in some stage of delinquency, down from 4.2 percent a year earlier, according …

Oscar Healer is the new owner of 3366 Linda Mesa Way in Napa. The former owner, Ashfin Gooya, was fined $204,000 by the city and forced to sell his home because he refused to stop running an unpermitted vacation rental. Before Healer bought the home, a toilet and sink had been added inside this metal garden shed.

Ashfin Gooya was photographed outside his illegal vacation rental on Linda Mesa Way in Browns Valley in August 2016.

The owner of an illegal vacation rental on Linda Mesa Way in Browns Valley put up mocking signs in 2016 after neighbors complained.