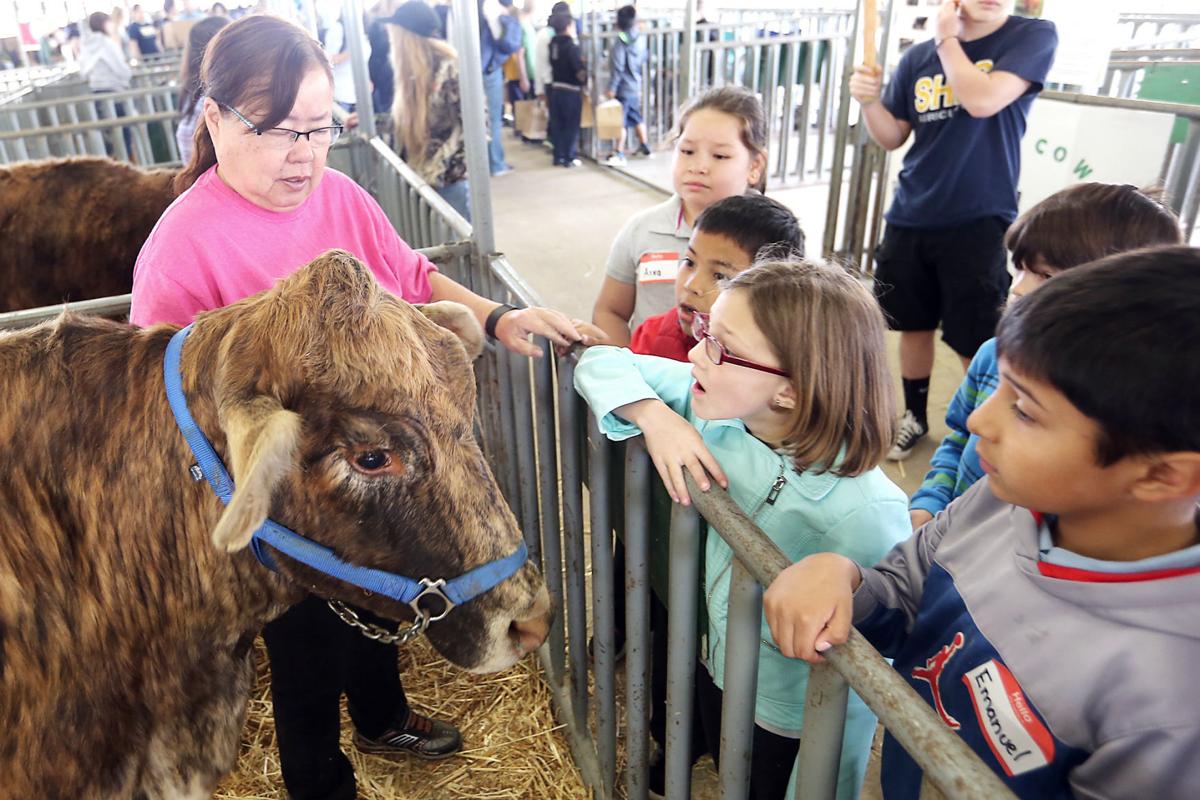 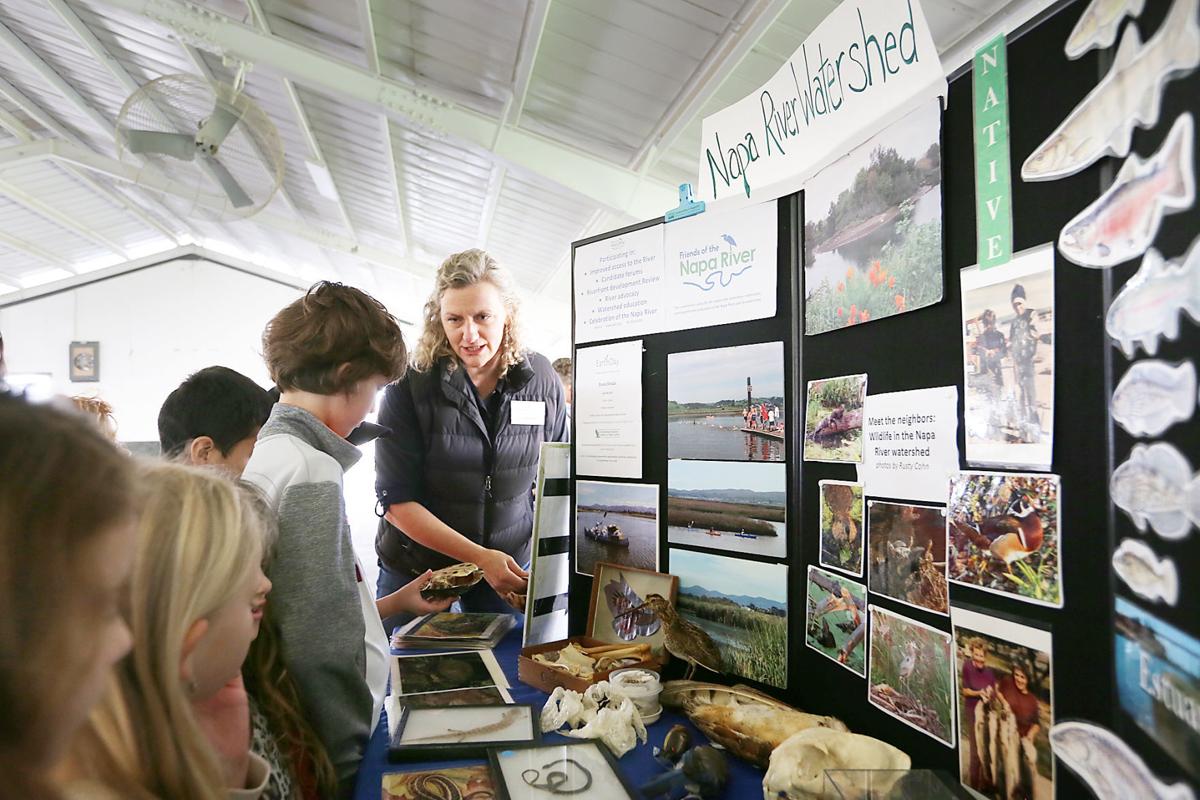 Friends of the Napa River Executive Director Shari Gardner, right, speaks to a group of children at a booth about the Napa River Watershed at the 13th Annual Ag Day that was held at the Napa Valley Expo on Friday. 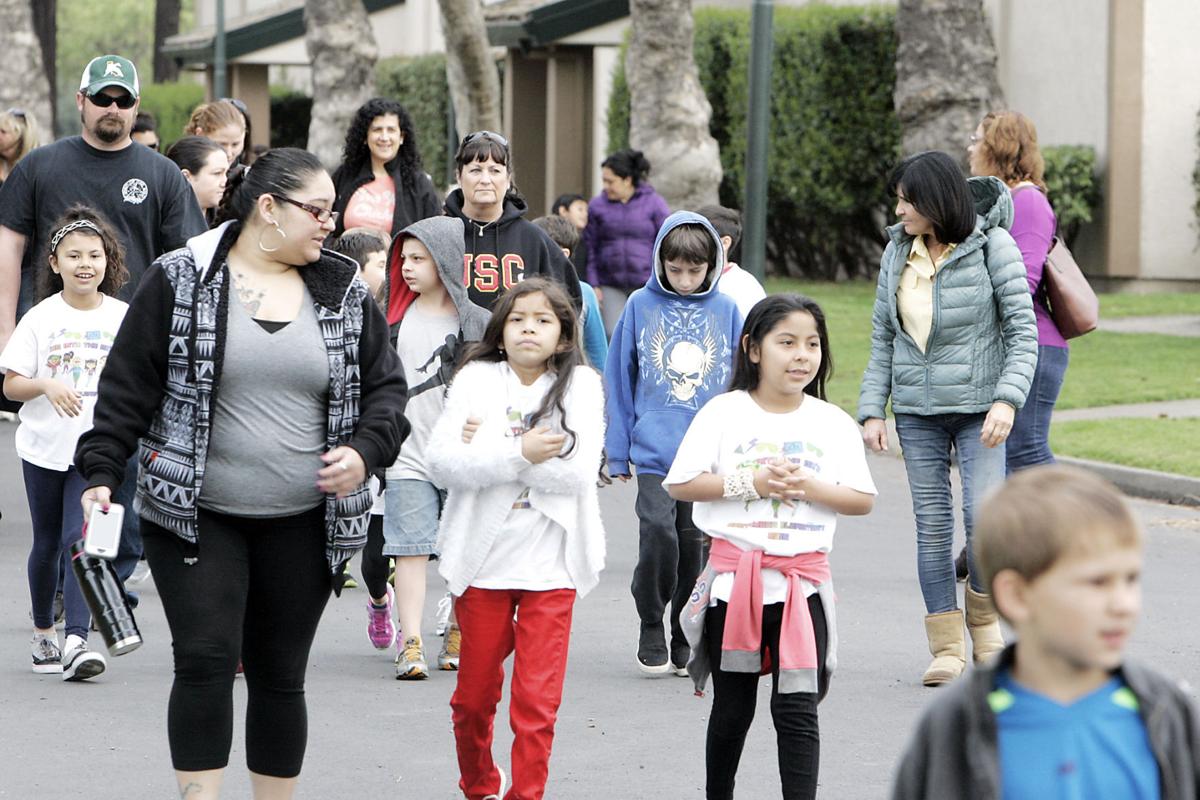 Students and chaperones arrive for the 13th Annual Ag Day at the Napa Valley Expo on Friday where about 900 students saw a variety of presentations. 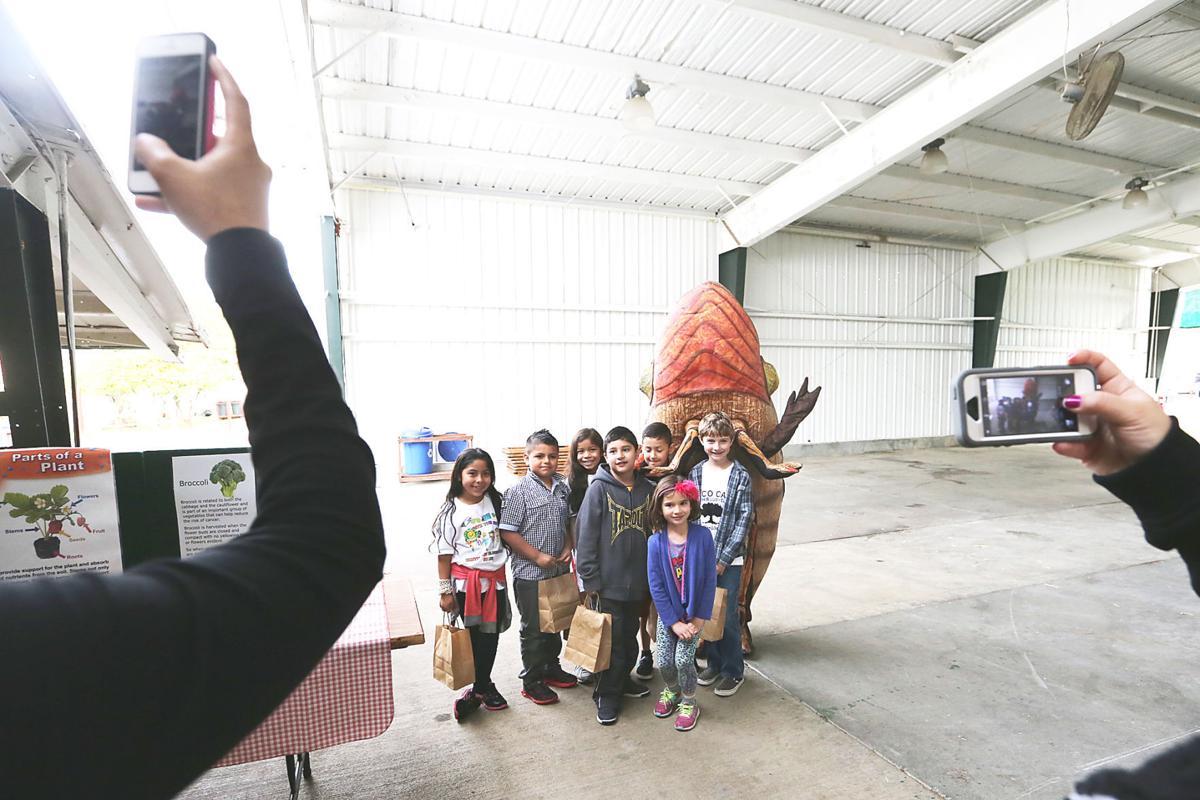 A group of students pose for a photo with the glassy-winged sharpshooter at the 13th Annual Ag Day at the Napa Valley Expo on Friday. About 900 local students saw a variety of presentations.

Friends of the Napa River Executive Director Shari Gardner, right, speaks to a group of children at a booth about the Napa River Watershed at the 13th Annual Ag Day that was held at the Napa Valley Expo on Friday.

Students and chaperones arrive for the 13th Annual Ag Day at the Napa Valley Expo on Friday where about 900 students saw a variety of presentations.

A group of students pose for a photo with the glassy-winged sharpshooter at the 13th Annual Ag Day at the Napa Valley Expo on Friday. About 900 local students saw a variety of presentations.

Students were climbing on tractors, peeking into beehives and learning how to milk a cow during Ag Day at the Napa Valley Expo Fairgrounds on Friday. The Napa County Farm Bureau and Agriculture in the Classroom hosted about 900 students from around the county as well as more than 30 exhibitors.

Children had the opportunity to learn all about agriculture, including gardening and caring for animals. One of the most popular exhibits was the Mobile Dairy Classroom.

“When we pulled up and we walked in, the first thing one of the kids said was ‘... Milky Way is here!’” according to Carly Berrens, a third-grade teacher at Donaldson Way Elementary School.

“They love to see that cow – she is a star,” said Sherry Bosson, also a third-grade teacher at Donaldson Way.

“I liked the show about the cows,” said Autumn Lopez, 8, a third-grader at McPherson Elementary School. She learned that cows have one stomach with four compartments and that they could swallow their food, bring it back up and chew it again, she said. Kim Youman, who was teaching the children about cows, said Milky Way was “chewing her cud.”

Michael Guerrero, 9, a third-grader at Browns Valley Elementary School said that he also liked the lesson about cows. He especially enjoyed that Milky Way was named after a candy bar as well as a galaxy.

Bosson, who has attended the event with Donaldson Way for several years, said that the organizers did an especially good job this year and that the event was really well-organized. “All of the presenters today have been so geared toward the kids, listening to their questions and answering their questions,” she said. “It’s been a really exciting experience.”

Most kids don’t get to experience a lot of the things offered during Ag Day or get to touch animals like alpacas, pygmies and cows, Bosson explained.

Touching the animals was Browns Valley third-grader Cole Fallade’s favorite part. “They were cute and cuddly,” said Cole, 8. He said that he enjoyed the event and that it taught him to “respect nature more.”

Not everyone’s favorite exhibit included live animals, though. Cedar Hendry, 9, a third-grader at Browns Valley enjoyed looking at the owl pellets on display. “I also liked how you could see the different parts in the owl pellets,” she said, including skulls, bones and hair from animals that the owls ate.

Cedar explained that she is interested in nature partly because both of her parents work in fields that involve plants and animals.

“I liked it [Ag Day] because there was a lot to do with nature, and that’s what I like,” Cedar said.

Sandy Elles with Napa County Farm Bureau said that seeing the kids engaged and having fun while learning about agriculture is great. “We’re hugely excited to provide kids with this experience,” she said.

It’s especially important for children to learn about their community and where food comes from since only 2 percent of the population is engaged in farming, Elles explained. “It’s important that kids raised in an urban setting understand where their food comes from, and that’s what this day is all about,” she said.

The Napa County Farm Bureau Foundation, in conjunction with the Napa County Agricultural Commissioner’s office, will host the 17th Annual Ag Day on March 5 at the Napa Fairgrounds.

What a valuable program!

And thank you to the St Helena and Napa FFA members and teachers that took the time out of their day to bring those animals to Farm Day, answer all of those great questions and lead the groups of younger kids around the event.

Let's promote the importance of agriculture by leaving Vintage High School's Farm where it is!