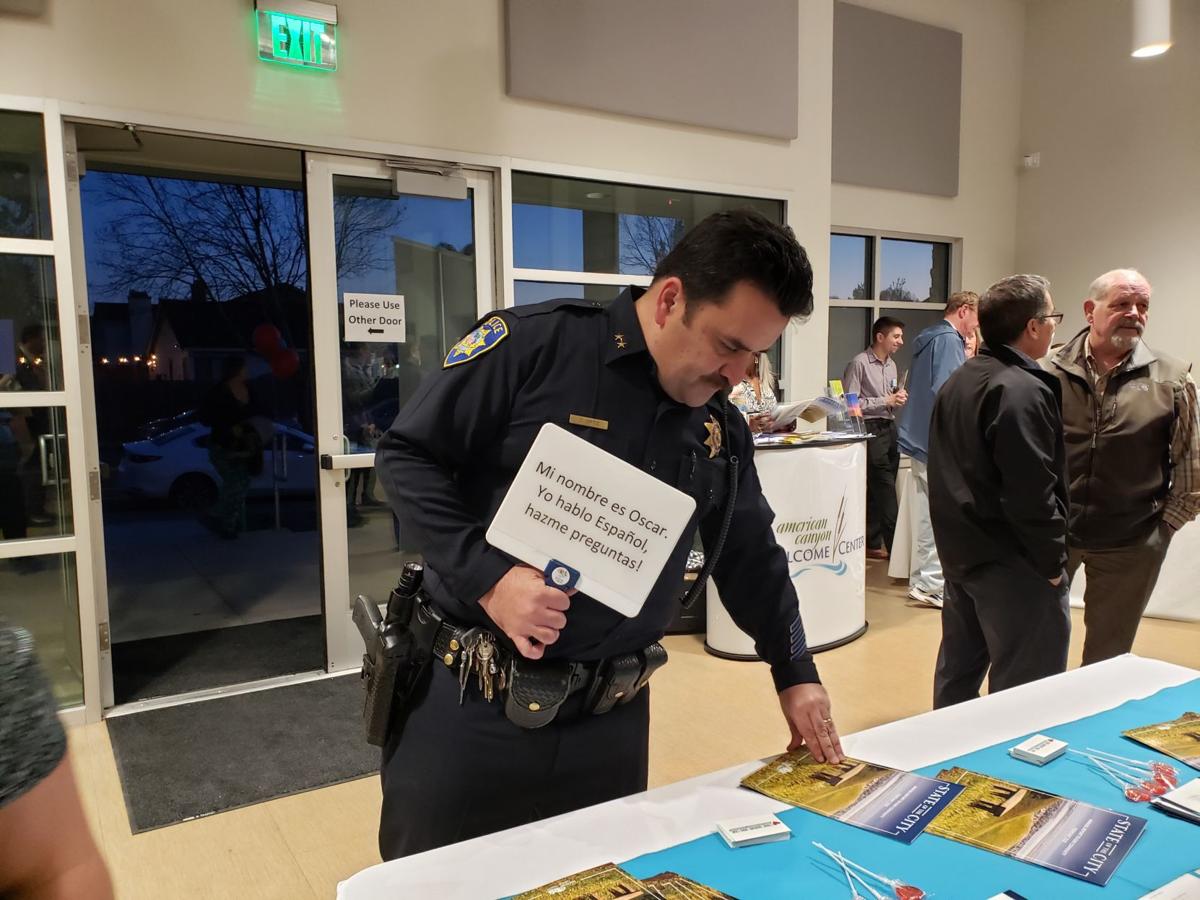 American Canyon Police Chief Oscar Ortiz carries a sign saying that he can translate Tuesday's State of the City presentation into Spanish. 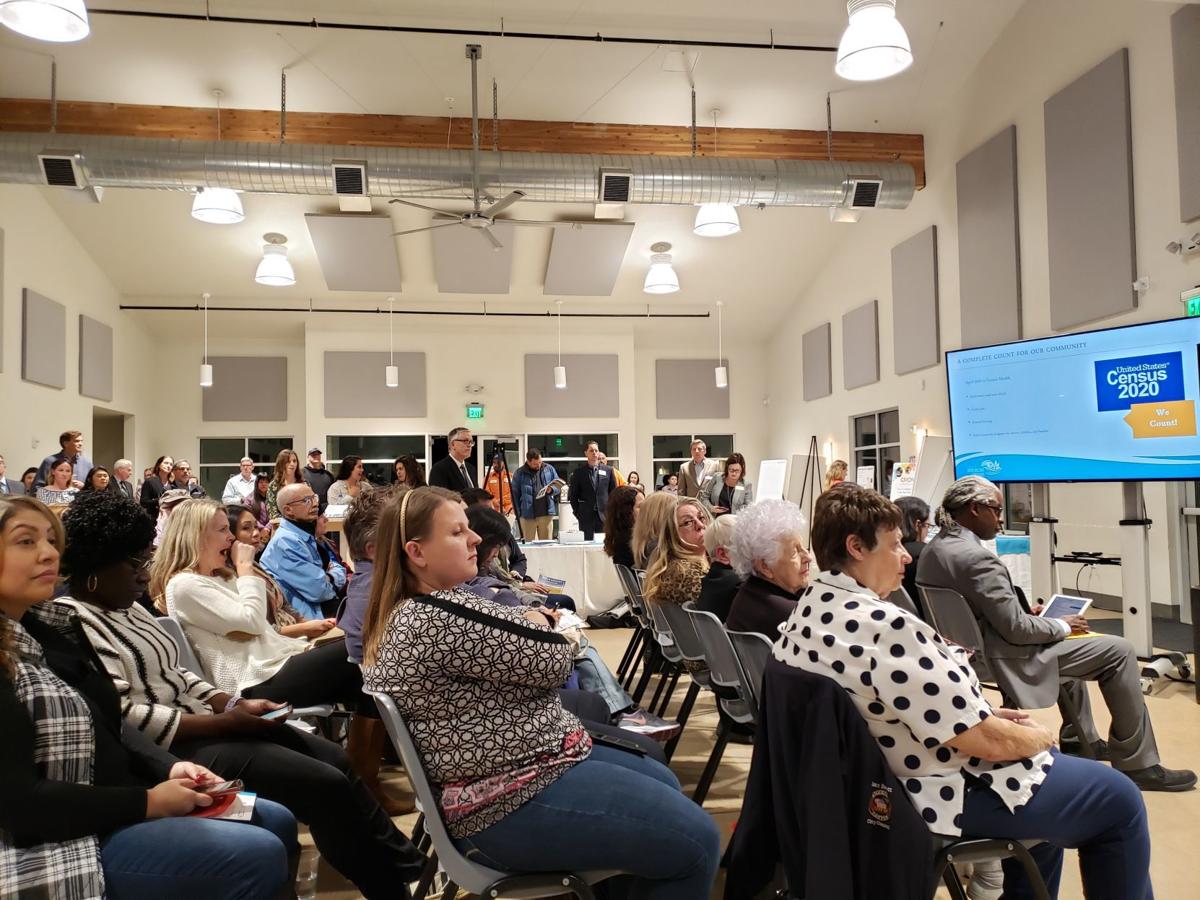 An American Canyon crowd of over 100 listened to a State of the City presentation Tuesday night.

AMERICAN CANYON — More than 100 people turned out Tuesday night for a “state of the city” update and glimpse at efforts to prepare a new General Plan.

Residents were polled on such questions as how many people live in your household, or ‘what do you think is the worst problem the city faces?’

To see the results, go to www.amcan2040.org. Click on Meetings & Events on left side.

In his State of the City address, City Manager Jason Holley cited some of the highlights of 2019, including the completion of the award-winning, 70-unit Valley View seniors/veterans housing complex. He also noted the daylong live broadcast of KTVU Channel 2’s Zip Trip show from American Canyon in June, and that this was the only city in the North Bay to be so honored.

The new, larger Post Office opened in 2019, and the Broadway District Specific Plan was approved – which Holley described as “another milestone.”

The General Plan update is a two-year process that will project the city’s vision 20 years into the future.

During the ‘State of the City’ address, officials stressed the importance of completing the United States Census 2020 in April, to ensure the city gets its share of federal funding. The Census page of the booklet handed out Tuesday says that American Canyon’s population is 20,629 and that its median household income is $91,802. The median home value in town is $560,800; there are 6,212 housing units in town; the average household includes 3.5 people and the median age is 36.4.

The city is the most ethnically diverse city in Napa County, Garcia said. The population is about 35% Asians, 27% Hispanic, and just over 23% Caucasian. Nearly 8% of the population is African American and 6.6% are “other,” according to the booklet.

General Fund revenues top $68 million, with expenditures from all sources nearing $73 million, with the largest chunk – nearly $31 million – going to capital projects. Some $14 million is being spent on Public Works, with more than $7 million going to public safety.

The booklet shows there were 66 emergency fire calls in 2019; down from 74 in the preceding two years. The vast majority of these calls were for rescues and emergency medical.

Last year was the fourth in a row in which no homicides were reported in American Canyon, though there were 568 major crimes reported, including six rapes, six robberies and 130 assaults.

Holley went over some of the major infrastructure improvements undertaken in 2019, including Green Island Road, American Canyon Road and Devlin Road. He said progress is expected to be made in coming years on the Broadway District Specific Plan and the Watson Ranch Specific Plan. The latter includes the repurposing of the former basalt and cement plant, which will become the Napa Valley Ruins and Gardens.

The NVUSD will propose a new multipurpose room and other changes at American Canyon Middle School.

American Canyon has three cannabis businesses that want to come to the city's industrial area.

Suscol Headwaters Park covers 709 acres with views of the south county and beyond.

American Canyon asks if a new north-south road would bring through traffic into neighborhoods.

National Census Day in America was April 1 and despite an unprecedented investment and organizational effort, California’s initial response ra…

American Canyon Police Chief Oscar Ortiz carries a sign saying that he can translate Tuesday's State of the City presentation into Spanish.

An American Canyon crowd of over 100 listened to a State of the City presentation Tuesday night.