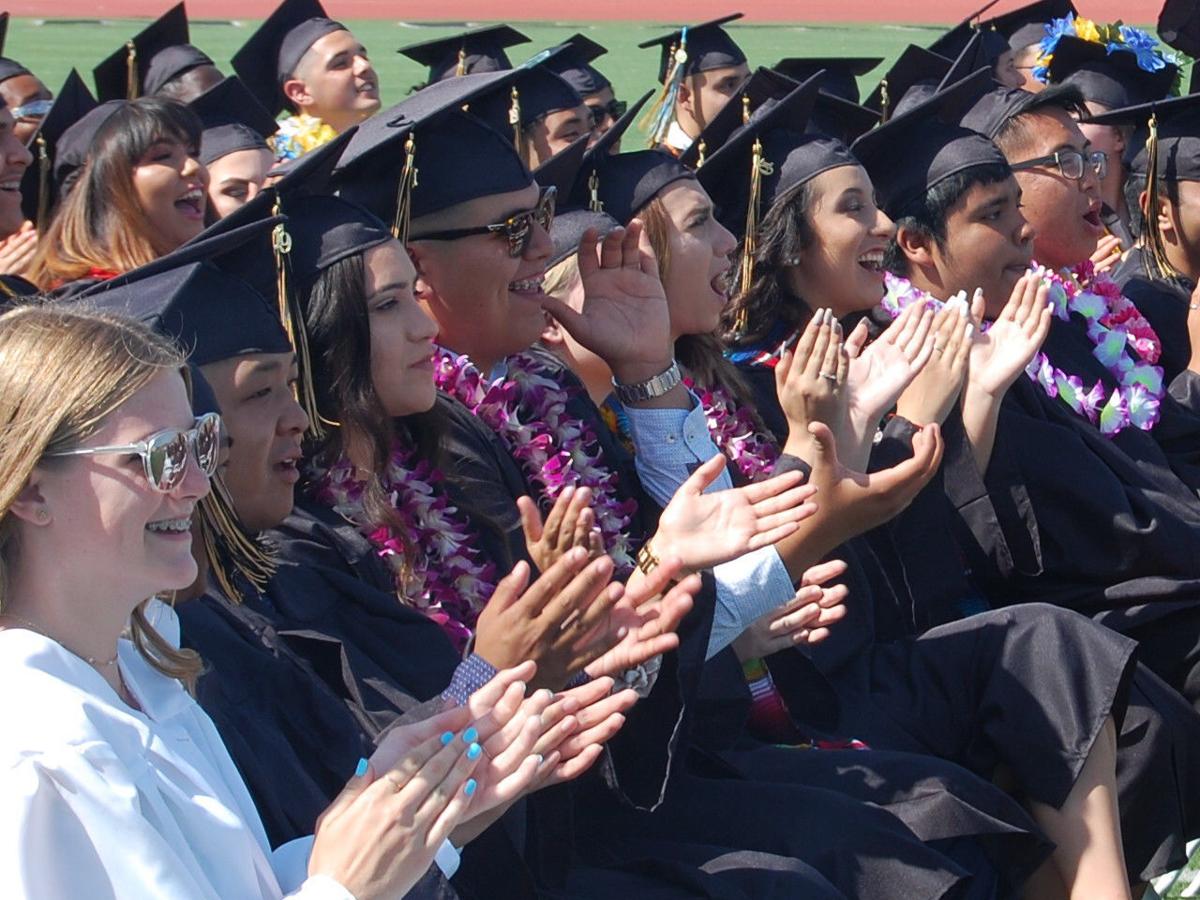 Graduates at American Canyon High School react during the ceremony Wednesday at Wolf Den Stadium on the campus. 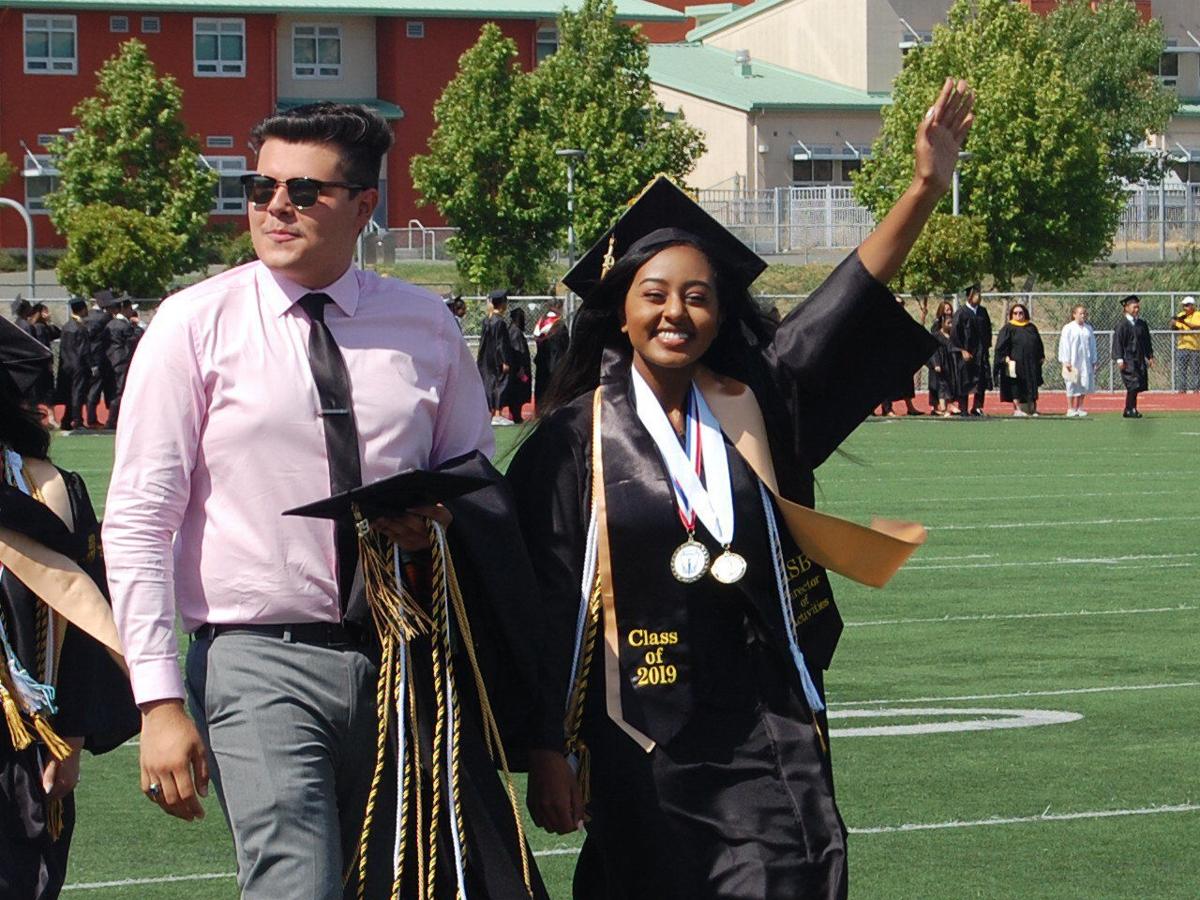 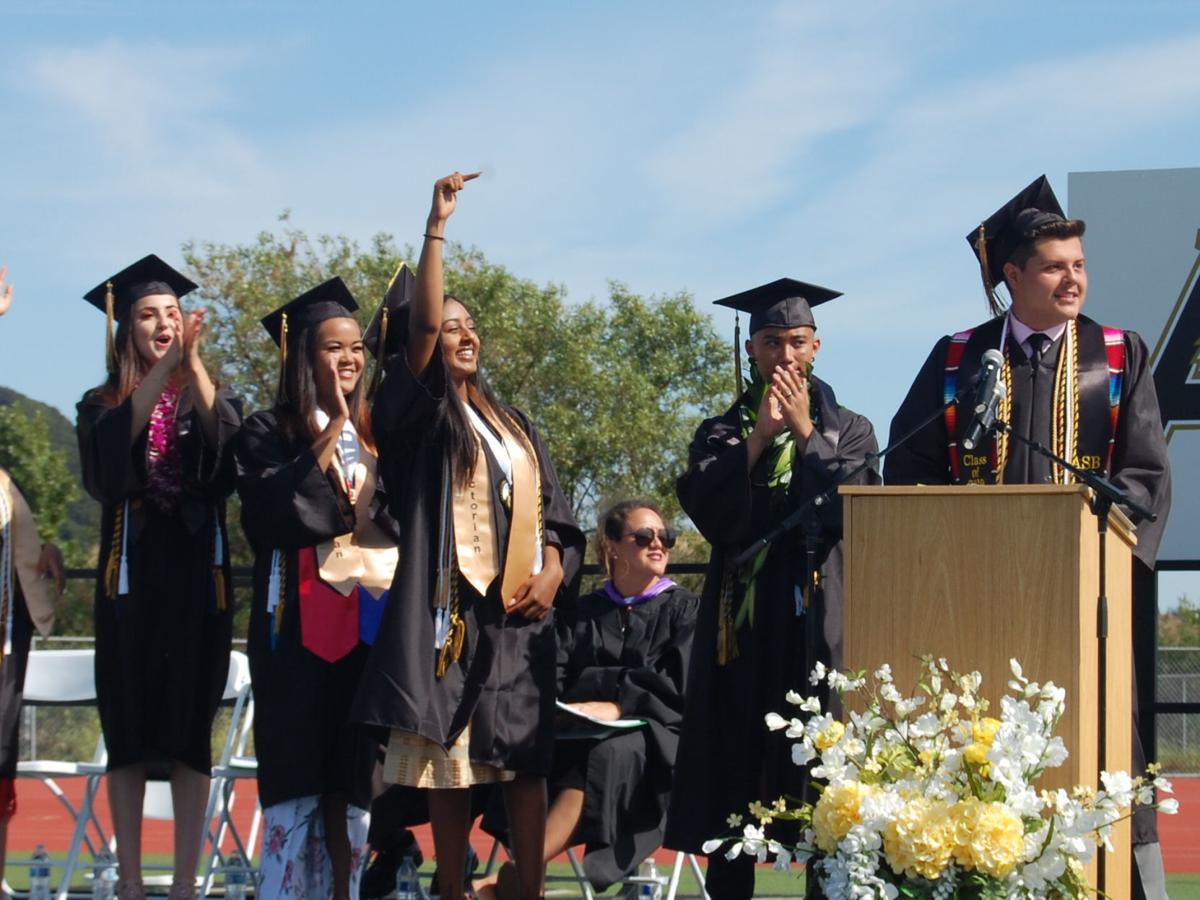 Graduates spoke to their peers at Wednesday's American Canyon High School graduation ceremony for the Class of 2019. 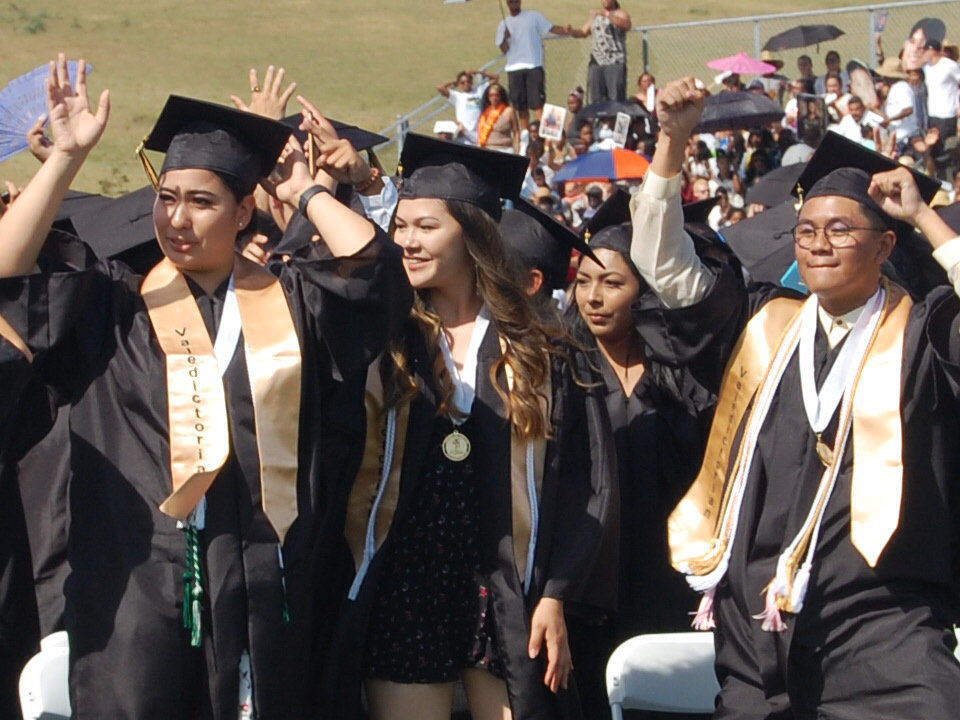 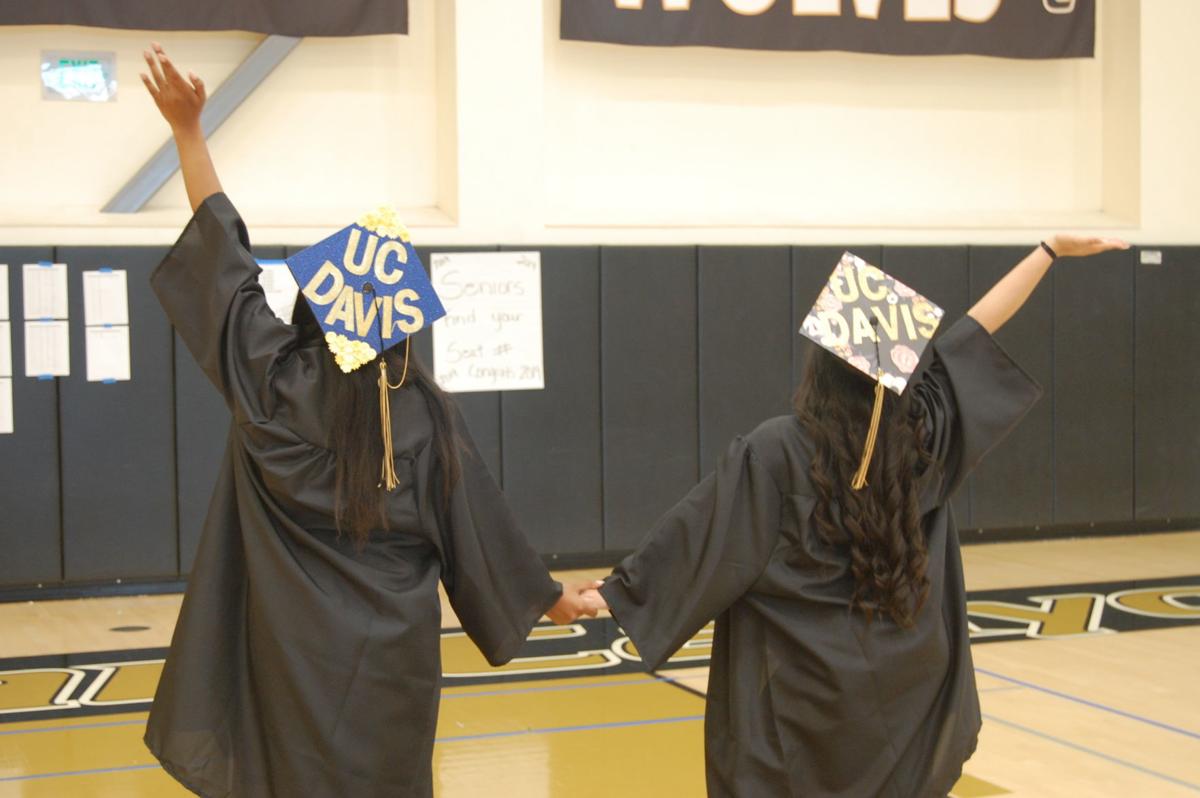 The caps tell where these American Canyon graduates are heading next. They are preparing for the commencement ceremony that took place Wednesday.

Graduates at American Canyon High School react during the ceremony Wednesday at Wolf Den Stadium on the campus.

Graduates spoke to their peers at Wednesday's American Canyon High School graduation ceremony for the Class of 2019.

The caps tell where these American Canyon graduates are heading next. They are preparing for the commencement ceremony that took place Wednesday.

AMERICAN CANYON — Members of American Canyon High School’s Class of 2019 are ready to show the world what they are all about.

About 400 graduates received diplomas Wednesday evening at the school’s Wolf Den Stadium. They had their individual moments in the spotlight when they heard their names called and their family and friends applauded.

Graduations have such common denominators as cap-and-gowns, “Pomp and Circumstances” and student speeches. But for these students and families, this particular ceremony had a one-of-a-kind, remember-for-life quality – it belonged to them.

“Probably like a next milestone for my life,” Alaina Santa-Catalina said before the ceremony. “It only gets better from here, the way I think about it. I’m excited about starting my life.”

For her, the next step is attending Napa Valley College. She not certain what she wants to do for a career, but leans toward film making.

To that end, she plans to make a documentary called “What Are You Saying Goodbye To This Summer?” She’ll interview friends and teachers and perhaps use an iPhone for filming.

“Just to build up my portfolio,” she said.

That’s scary in a way, he said. He’s going to Napa Valley College in part because he doesn’t know what he wants to do with his life. He enjoyed arts and ceramics at American Canyon High School, but doesn’t see these as career choices that can provide a living.

As for his high school friends, he’s not ready yet to say “goodbye.” Most of them are going to Napa Valley College.

Kiana Williams also took time before the ceremony to reflect on graduation.

“To me, I feel like it’s the end of a journey leading to another one,” Williams said. “A lot of ups and downs, but overall, I’m thankful.”

She plans to attend Napa Valley College, then transfer to UC Davis and pursue a career in marketing and advertising. Along with the excitement of moving on, she said she feels the sadness of leaving friends.

“I grew up with most of these students from my elementary school and I’ll miss seeing them everyday,” Williams said.

The ceremony began at 4 p.m., with graduates in black caps-and-gowns entering the stadium amid sunny weather with temperatures in the low 80s. In the grandstands, colorful umbrellas abounded to provide shade.

Napa Valley Unified School District Superintendent Rosanna Mucetti talked about the contributions of parents to this moment. She recalled her own daughter’s recent graduation, an experience that had Mucetti shouting, tearing up and wearing the biggest smile of her life.

“We never, ever graduate by ourselves,” Mucetti told the graduates. “There are always people along the way to make sure we get there.”

Keinah Baron of the Associated Student Body praised the role of teachers who she said were more than instructors.

“Guidance from our instructors shaped us into who we are today,” she told her graduating peers.

The ceremony featured 33 valedictorians—yes, 33—coming to the stage. Then, graduate Duncan Applegarth delivered the valediction.

He told graduates about seeing the light at the end of the tunnel. That light is the freight train of reality heading at them full speed.

Applegarth recalled the attitude among the students 1,386 days ago, when they came to American Canyon High School as freshmen—“Can we graduate already?”

It took four years, but now they have.

High school graduations normally mark a line from youth into adulthood. For some members of New Technology High’s Class of 2019, their day of …

From Our Readers: Celebrating the Napa County graduates of 2019