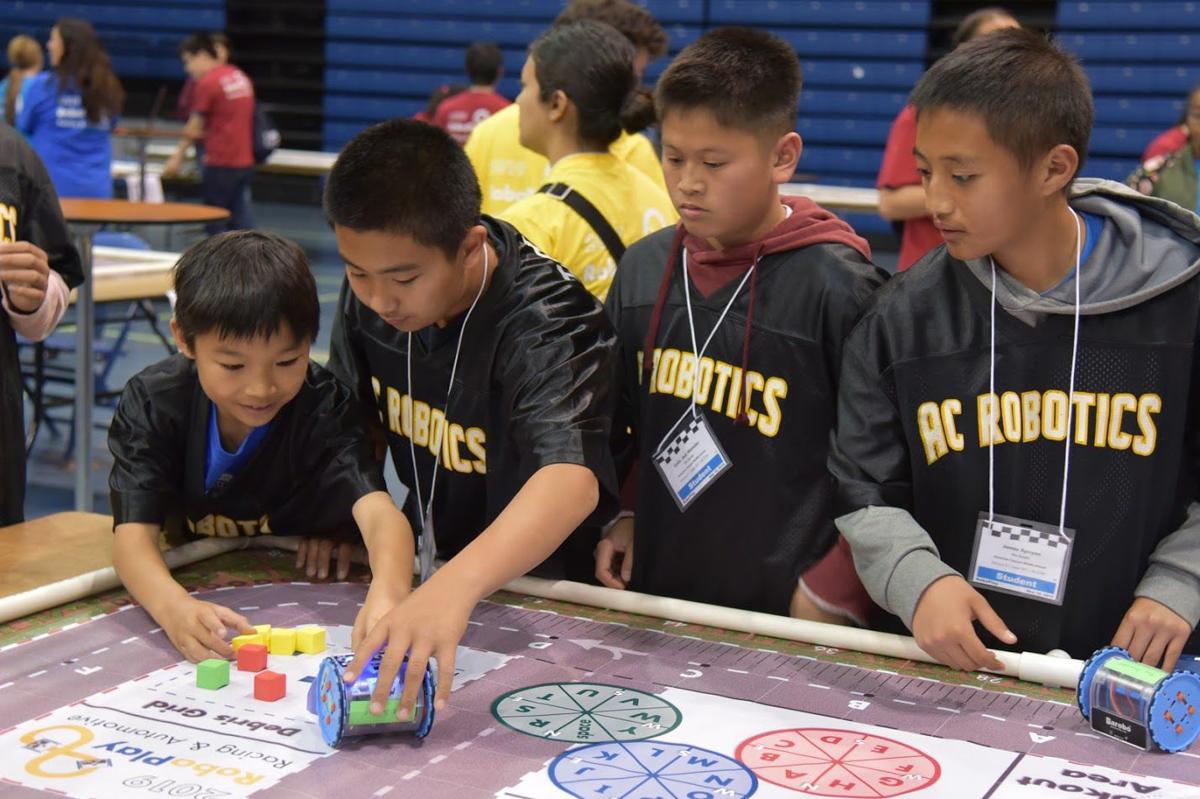 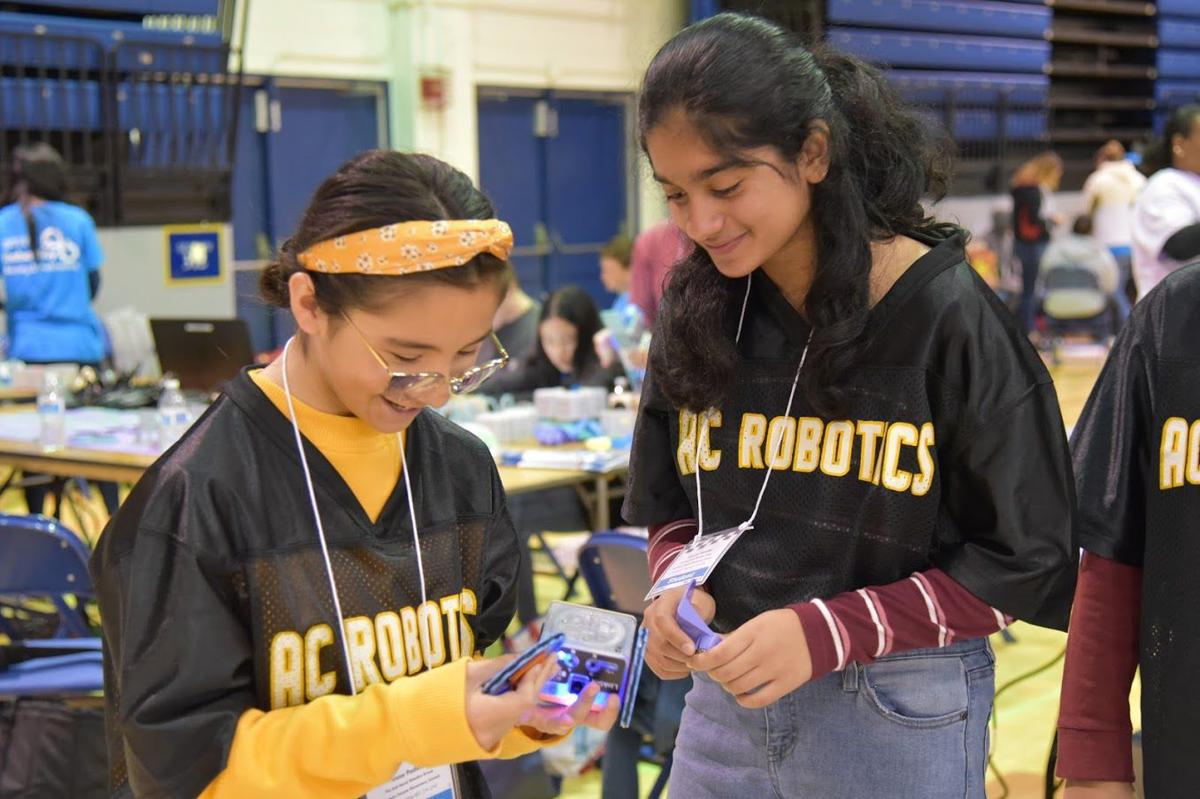 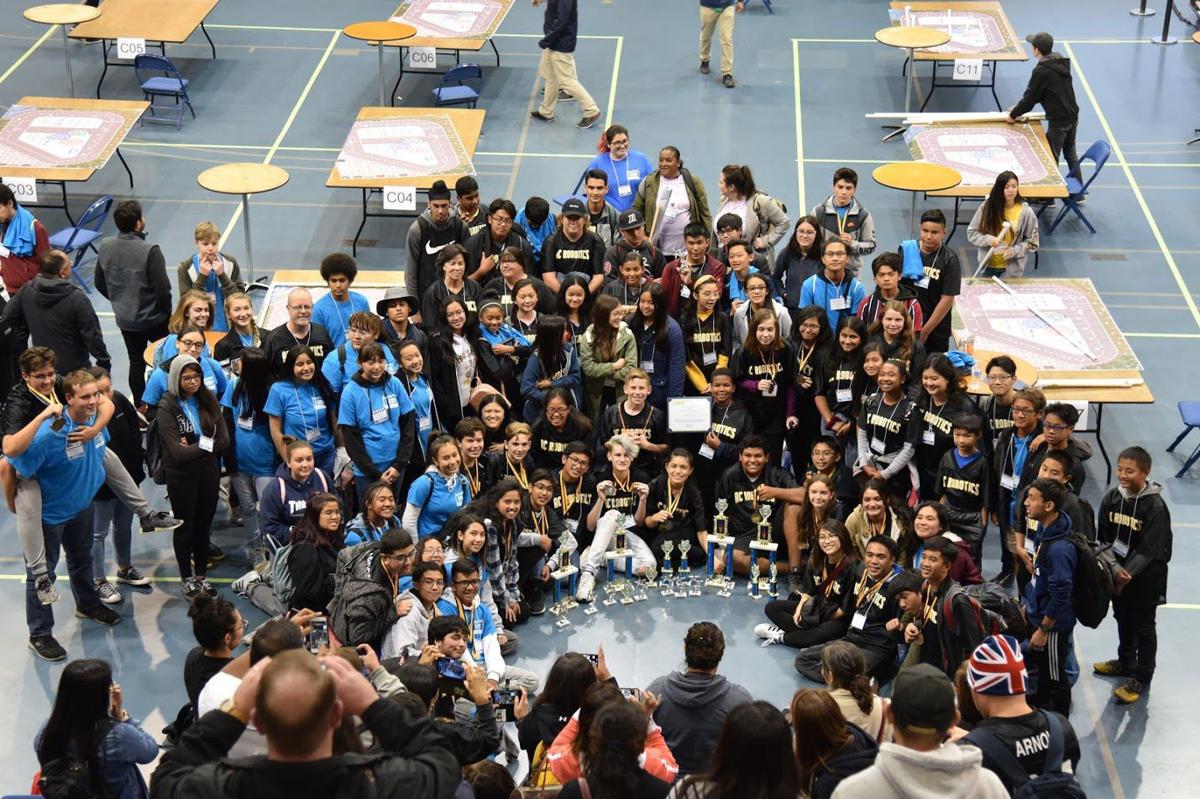 The Napa Valley Unified School District was represented by 126 students on 28 teams at RoboPlay 2019 at UC Davis.

For the seventh year in a row, Napa Valley Unified School District students traveled to UC Davis to participate in its annual robotics competition -- RoboPlay 2019.

While they didn’t win any awards, students new to robotics from Valley Oak Continuation High School, Vintage High School, and Redwood Middle School worked hard to complete the challenging robotics tasks, with one team from Redwood almost placing in the top tier in their division.

“The number of students participating in this competition has grown every year and their performance has improved every year, too,” said Mary Ann Valles, assistant superintendent for Instructional Services of the Napa Valley Unified School District.

“This competition gives students the chance to display their problem solving, math, and coding skills timed against the clock. It isn’t easy and it takes grit. In particular, the American Canyon schools have really risen to the challenge and they have positioned NVUSD as one of the top robotics districts in the state. ”

The computers, robots and teacher training were all sponsored by NapaLearns, which has invested more than $250,000 into the program. NapaLearns also underwrites the costs for the students to attend the competition.

“Through this robotics program, I have won several awards at the Roboplay C-STEM competitions, been on teams that ranked number one in the state and region, and have discovered the major I am planning to pursue in college,” said Justin Chang, a senior at American Canyon High School.

“This is the second year of a three-year commitment to put the C-STEM curriculum into Napa Valley Unified School District schools,” said Peg Maddocks, executive director of NapaLearns. “Many jobs depend on computers, programming, perseverance, and teamwork. These students will need those skills in the future and they will be prepared.”

Here is the complete list of awards won by American Canyon schools:

● Most Interesting Task - World of Bots

● Best Computational Thinking: Dreams of No

NapaLearns is a nonprofit with a bold mission – to equip every student in Napa County with the skills they need to thrive in college, careers and their community. NapaLearns has invested millions of dollars in innovative public education programs that improve graduation rates, boost academic achievement and ensure that students have the skills to compete in the workforce of tomorrow. Learn more at www.NapaLearns.org.

Prior awards to American Canyon schools -- listed for information purposes only

65 students, 13 teams; total of 80 students from NVUSD, including Redwood MS and VOHS; 2 elementary schools earned 20 out of 46 awards

On Oct. 8, Calistoga Elementary School was transformed into an engineering creation station, thanks to the Lawrence Hall of Science from UC Berkeley.

The Napa Valley Unified School District was represented by 126 students on 28 teams at RoboPlay 2019 at UC Davis.