Become a Member
Read Today's E-edition
Share This
At Napa Valley wineries, the visitor is king
Share this
1 of 2 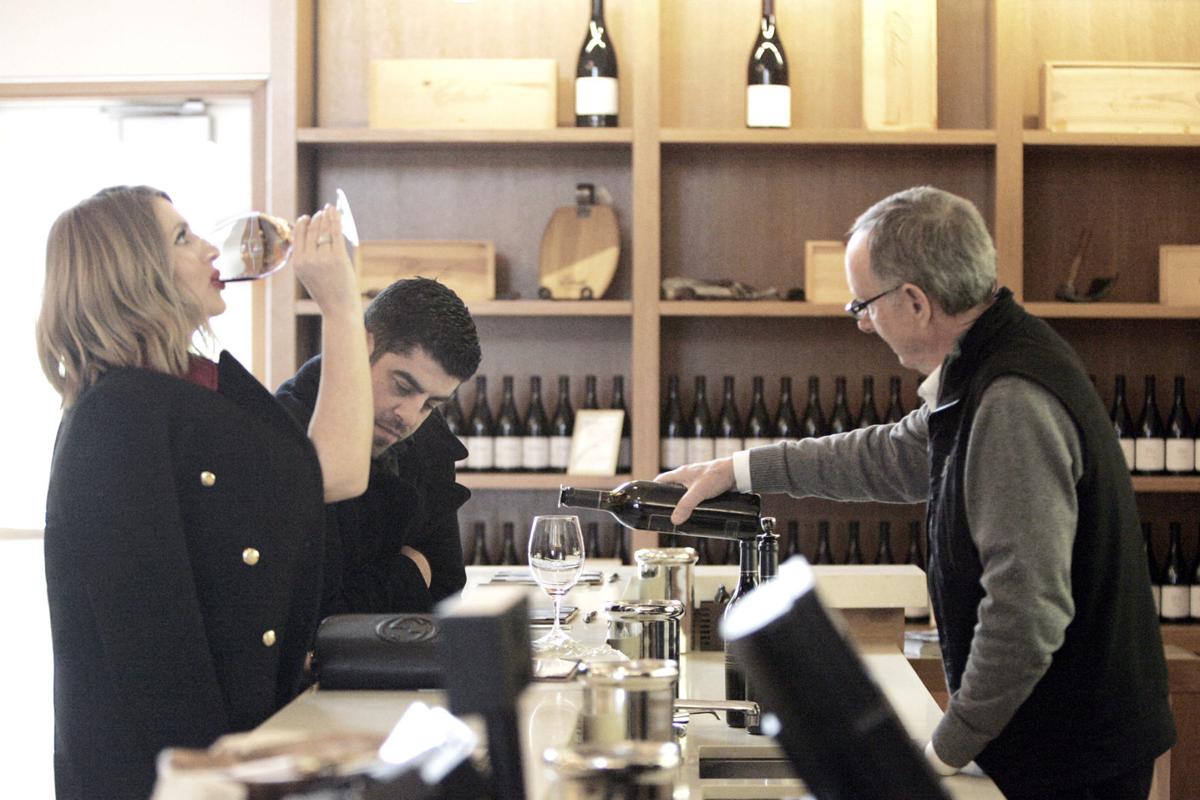 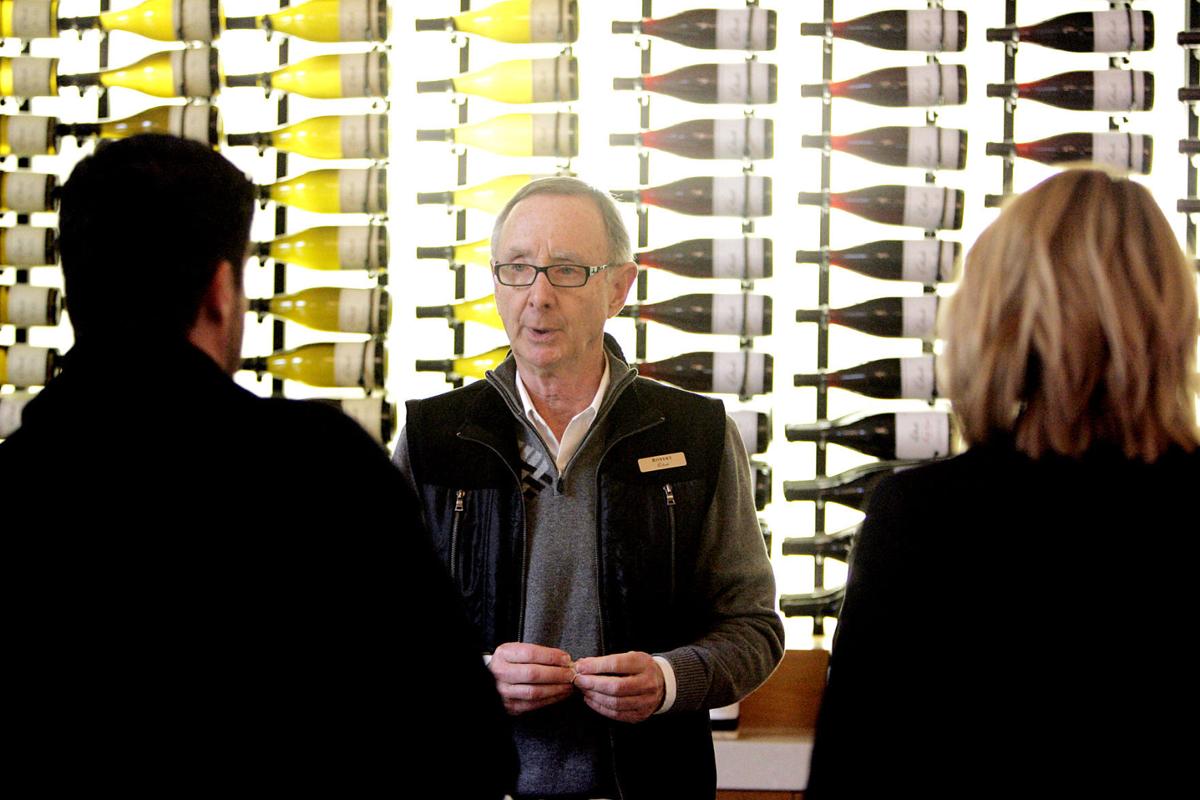 As wineries work to cultivate the future of the Napa Valley wine industry, growth for many is trellised around one key component: guests.

For years, winery efforts to enhance the visitors’ experience have been changing the face of the valley’s core industry. Today, business models increasingly hinge on the allure of a memorable visit, and wineries are in hot pursuit of distinguishability — seeking ways to set themselves apart from hundreds of competitors throughout the valley.

“When a visitor comes to Napa and they visit three properties in a day, all three properties are going to pitch them their wine club,” said Julia Eklund, direct-to-consumer marketing manager at Etude winery. “So it’s really just about where you have the best experience.”

For many in the fine wine space, “the only path to market these days is direct sales,” said Rob McMillan, executive vice president and founder of Silicon Valley Bank’s Wine Division. In a phone interview this week, McMillan reiterated the results of an annual survey of tasting rooms undertaken in part by SVB’s wine division. Direct sales today represent as much as 60 percent of the average winery’s revenue, he said.

The evolution of the tasting room as the core of many wineries’ business models can be traced back several decades, growing out of the crossroads of distributor consolidation and a boom in new wineries throughout the county. Today, an untold number of wineries in the Napa Valley vie for visitors as too few distributors take on a limited cast of labels.

John Williams, owner and founder of Frog’s Leap winery in Rutherford, described what he sees as “almost an escalation” of Napa wineries cogitating how they might draw in more visitors to counter the effects of a shrunken number of distributors.

To this end, many wineries are refining their hosting capabilities. Some are seeking approval from the Napa County Planning Commission for updated use permits allowing higher production and visitor limits, or the construction of more visitor space.

Frog’s Leap and Etude are among the handful of wineries that received such approvals in recent months. Both were granted increases to their visitation limits amid other permissions.

For Frog’s Leap, the request was retroactive, put forward once Williams and his team realized the winery was exceeding the visitor limits of its previous permit. “We were aghast,” Williams said of the discovery, and the winery immediately began a three-and-a-half year process to gain approval.

The boost in visitors at Frog’s Leap began around 2007, explained Williams, as the recession depressed the wholesale market and the winery first established its wine club, ‘The Fellowship of the Frog.’ The club was a success, Williams said, and drew in nearly 4,000 so-called ‘Frogfellows’ over the course of a few years.

“Well now this is their winery in Napa Valley,” Williams said. “So when they come to Napa Valley, guess where they want to trump off? They’ve got to come here.”

Their guest numbers now in compliance with their new limits, the winery’s focus, Williams said, is squarely on the wholesale market, where the majority of its wine is sold through a distribution network that extends to every state and overseas.

But Williams acknowledged the direct sales channel is not a component of the business to be discarded. “Quite honestly, at this point if it went away, particularly the Fellowship, we’d have to work harder to sell our wine in the distribution market.”

For smaller, lesser-known operations, however, the ability to rely on a solid distribution network has continued to evaporate as a viable option for sales. “We’re now a significant enough player for most of the distributors,” Williams said, “... but if we were a no-name just starting up, making a small amount of wine, it’d be damned difficult.”

Seated in the southerly Carneros region, Etude winery is known both for its pinot noir and the quiet reprieve it offers from the more heavily visited areas of the valley. Though Etude wines are distributed nationally, Eklund estimated direct to consumer sales make up about 30 percent of the winery’s business.

“We’re a smaller brand,” Eklund said, “and people, really in order to understand us, need to come here and visit and see everything we offer … Just seeing our bottle in the store, you don’t get the full story of Etude and we want to be able to share that.”

Days before the new year, the winery won approval to increase both its production and visitation limits, and to construct a new patio that will feature prominently into the wine club, Eklund said. The forthcoming patio will allow club members to reserve outdoor space when visiting the winery for the complimentary tasting that comes with the membership.

“What’s different about wine clubs now is looking at it not so much as three shipments a year of four bottles, but the total experience,” said James Caudill, director of marketing communications for Treasury Wine Estates, the Australian company that owns Etude, Beringer, Beaulieu Vineyard, Stag’s Leap Winery and a number of other Napa Valley wineries.

“Lots of places have special rooms, special parties, special events of all kinds that are exclusive to wine members,” Caudill said. “So the evolution of what a wine club is, the definition of that is clearly changing and expanding and becoming more personalized to people.”

The shift toward personalization has also become apparent beyond wine clubs. In some cases, it can even mean a winery shrinking its number of visitors.

Opus One winery in Oakville received the county’s green light early last summer for construction of a more than 50,000-square-foot addition to the rear of the winery. The iconic Robert Mondavi and Baron Philippe de Rothschild conception is slated for a new barrel storage space and administrative offices, as well as a new visitor center and tasting room.

For years the winery’s tasting room has occupied the former private offices of Baroness Philippine de Rothschild, explained Christopher Barefoot, vice president of Communications and Guest Relations, in an email this week.

The new, larger space will in fact allow for more intimate one-on-one seated tastings, in contrast to a tasting bar, Barefoot wrote, and will be hosted by a specialist who will share the winery’s story with its guests.

Despite its request for the additional visitor facilities, Barefoot pointed out that the winery has actively reduced visitation numbers over the last decade, writing that even with the new space, “...we may indeed continue to reduce the total number of visitors to our winery in order to enhance the visitors’ experience.”

Barefoot stressed however, the Opus One team sees its winery “first and foremost as the facility for us to produce the finest wine possible … and not as a marketing tool to sell wine.”

Another winery taking the less-traveled path to personalization is Clos du Val, in the heart of the Stag’s Leap district. The winery halved production last year amid a sea change in direction, and is applying to the county for increased visitor facilities.

But coinciding with the request for additional space is the winery’s transition from a public tasting room to tastings by prior reservation only. The intent, said Director of Marketing Tiffany Kenny, is to have a smaller group environment and “… to provide a more personal guest experience at Clos Du Val.”

Meanwhile, the on-going competition between wineries to enhance the visitors’ experience has some in the industry anxious about the future.

At the same time, Williams said, “We’re not going to keep people from coming to visit the Napa Valley, right?”

McMillan observed that one factor limiting growth is the sheer lack of additional wine that can be made in the valley. “What we have planted right now in Napa is effectively what we’re going to have,” he said. “The volume of wine made in Napa is kind of locked in now.”

McMillan also noted that from the most recent tasting room survey results, the percentage of the average winery’s revenue coming from direct to consumer sales appears to have stabilized. “There has to be a leveling off at some point,” he said. “Maybe we’ve reached it.”