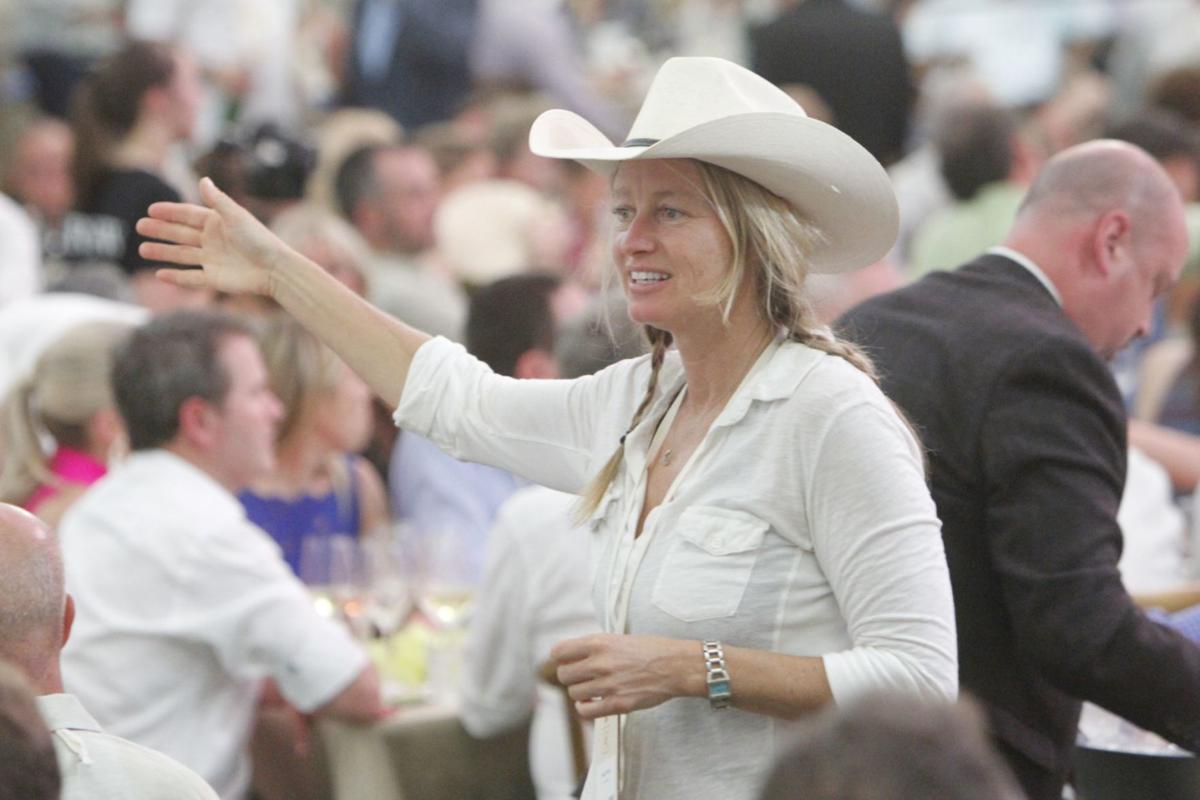 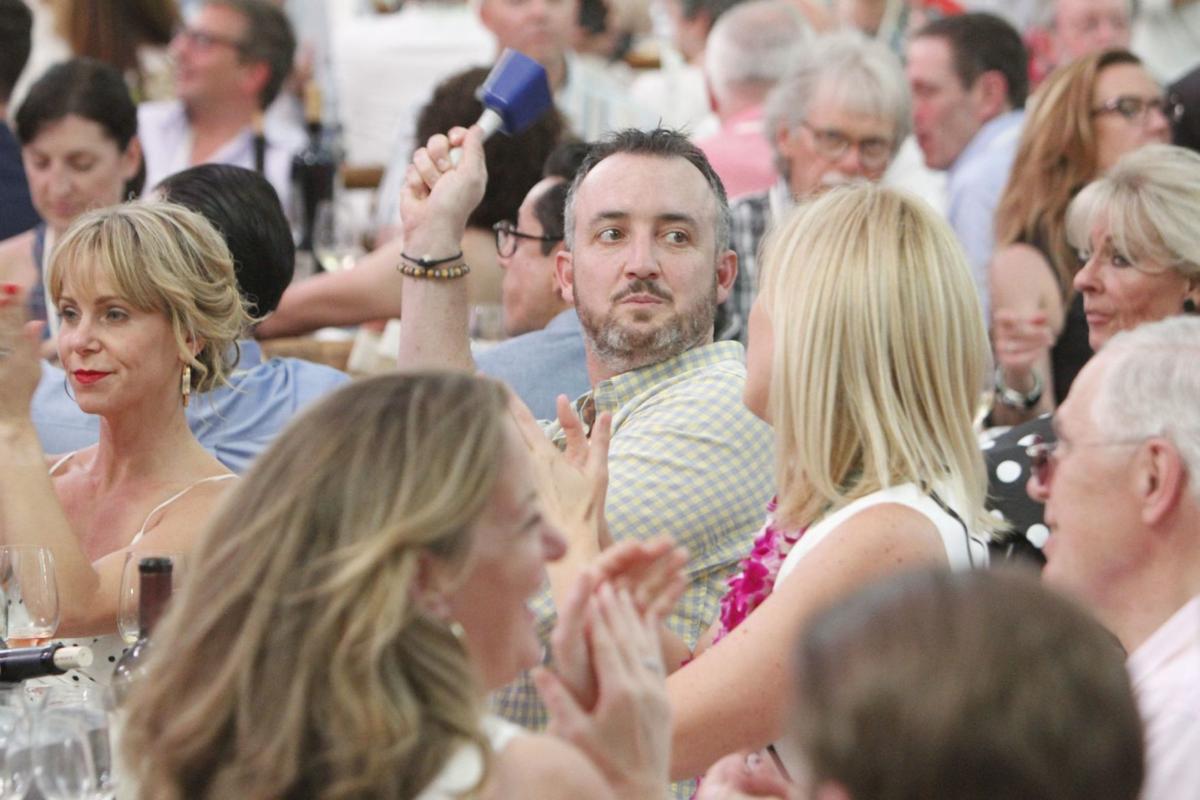 A man rings a cowbell as bids increase during Auction Napa Valley on Saturday in St. Helena.

Bidding among wine enthusiasts has added up to about $13.6 million in fundraising during the 38th annual Auction Napa Valley.

The Napa Valley Vintners trade association announced the results of the weekend fundraiser Sunday afternoon, about two hours after the end of its final-day electronic auction. Proceeds include donations garnered during the main live auction Saturday at the Meadowood Resort in St. Helena, along with a barrel auction on Friday.

This year’s total proceeds were down from the $15.7 million raised during the 2017 event, a drop Vintners spokesperson Cate Conniff attributed partly to a move toward a shorter Saturday auction with fewer lots – 32 compared to last year’s 38 – to improve the spectator experience. The live event ran to about three hours and 15 minutes, down from running times of four hours and more in past years, she said.

Leading the way at the live event in St. Helena was the $1.4 million jointly offered by two bidders on four 6-liter imperials of Opus One wine, combined with a trip for two couples to the Versailles masquerade ball in France. Another lot, an 18-bottle assortment of Napa Valley wines packaged with a trip to the 2019 U.S. Open golf tournament at Pebble Beach, was offered jointly by the Vintners and Lexus and drew a $1 million bid.

VGS Chateau Potelle’s lot drew the high bid of $114,300 at the Friday barrel auction. Results of the Sunday e-auction were not available as of 3 p.m.

This year’s honorary chairs were the fourth-generation Mondavi sisters from the family of Peter Mondavi Sr. and were the event’s youngest leaders since its 1981 inception, according to Conniff. Angelina, Alycia, Riana and Giovanna Mondavi opened the live auction by taking a group photo with a selfie stick from the main stage in St. Helena.

Auction proceeds over the years have have totaled $181 million to benefit community health and children’s education programs, including $68 million over the past five years, Conniff said.

ST. HELENA — At Auction Napa Valley, the wine flows as quickly as the cash. With individual bids in the hundreds of thousands, this elite fund…

It was a beautiful, warm day Friday at the Charles Krug Winery with an estimated 2,000 people enjoying barrel samples of wine inside and the d…

It was a beautiful warm day Friday at the Charles Krug Winery with an estimated 2,000 people enjoying barrel samples of wine inside and the we…

Say you were a super taster (as in efficiency, not ability to detect flavors) and you had five hours to taste around Napa Valley. How many win…

A man rings a cowbell as bids increase during Auction Napa Valley on Saturday in St. Helena.