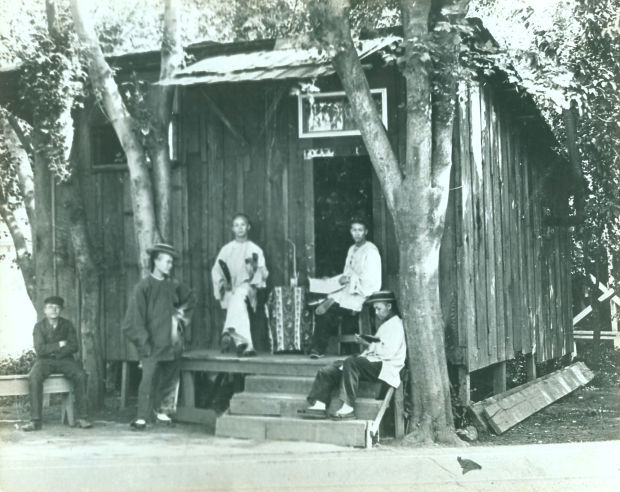 Pictured with its probable occupants, this shack is an example of a Chinatown dwelling, circa 1885. While thought to be a part of Napa's Chinatown, this structure is not on stilts as typically found in this riverfront community. 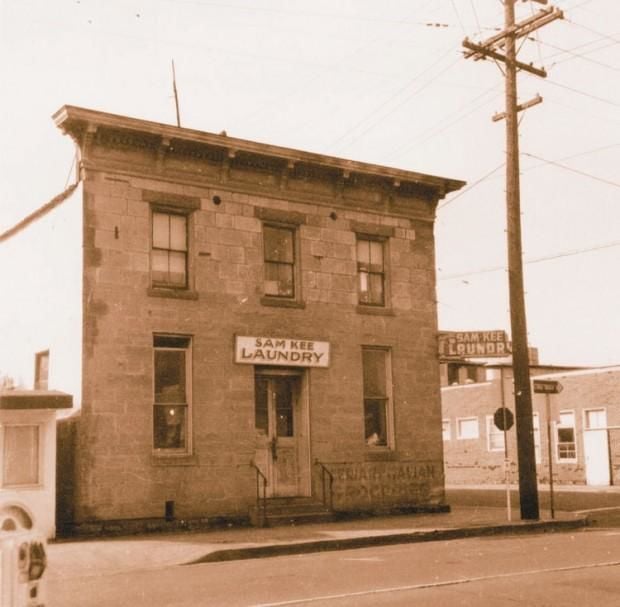 Sometime after World War II, Napa madam May Howard scaled down her operation and moved to the Sam Kee Laundry (Pfeiffer Building) on Main and Clinton streets.

The first paragraph of a new history of the Napa Valley makes plain: many of the people and events that helped form a community were far removed from the vineyards and their now-famous growers.

“Countless books, articles, documentaries and blogs have claimed to tell the ‘real’ history of Napa County,” Alexandria Brown writes in the opening page of her book “Hidden History of Napa Valley,” which The History Press will publish March 4. “Yet, nearly all of them tell different versions of the same story of how white men civilized the untamed wilderness and conquered the valley with grapes. The very mention of the Napa Valley conjures images of expensive wine and wealthy winemakers.”

A Napa native and former research librarian for the Napa County Historical Society, Brown has devoted her 192-page volume to bringing to present-day readers the lives and personalities of those ignored or marginalized in the valley’s early years – from the Wappo and Southern Patwin peoples, to the Chinese, Mexicans, African Americans and other minorities that settled in the future wine country.

Brown’s inspirations for “Hidden History” are several, from her work as research librarian at the Historical Society from 2011 to 2016 to her upbringing as an African-American in Napa County. “Being one of the few black people in the county, I knew there had to be some stories, and all these other stories about people of color cropped up,” the Marin County resident said during a Thursday interview at Napa’s Goodman Library, the society’s home base.

After The History Press contacted the Historical Society in 2017 for a book proposal, Brown, now a librarian at the Marin Academy in San Rafael, pitched a history of Napa County’s underrepresented peoples. The resulting work would draw on the Goodman Library’s text and photo archives and Brown’s own dissertation at Adams State University in Colorado, as well as generations-old issues of the Napa Valley Register and Napa Journal, as well as histories of early California and its people of color.

Deep dives into newspaper archives, with their virtually unfiltered pictures of everyday life in the 19th and early 20th centuries, proved especially illuminating to Brown.

In reviving tales from the long-vanished Chinatowns of Napa, St. Helena and Calistoga, for example, “I went through every article that had ‘China’ come up as a keyword,” said Brown, a librarian at the Marin Academy in San Rafael. “And as I started reading the articles, I realized there was a whole other story that was not being told. I read of wedding ceremonies, church services, and there were other stories that started to unfold.”

Amid the retellings of racism and anti-Chinese immigration laws, “Hidden History” features accounts of people who persisted in the face of such hostility – people like Sam Kee, the Napa launderer who allowed himself to be arrested to protest an 1887 anti-laundry ordinance targeting Chinese merchants like himself; and Chan Chung Wing, the son of a Napa Chinatown store owner, who became California’s first Chinese-American lawyer.

Elsewhere, “Hidden History” also uncovers some of the uglier chapters in Napa’s past, including the often-vivid presence of the Ku Klux Klan and its white supremacist platform in the 1920s. The book identifies Eugene Potterton and Charles Brisbin – candidates in the 1926 Napa City Council election – as Klansmen, and recounts KKK rallies that included a 1923 cross-burning near Napa State Hospital attended by several hundred people.

“If we cover up our negative history, we lose our history,” Brown said about her book’s accounts of Klan activity. “The Klan was a part of Napa Valley life in the early 20th century and we can’t not talk about it.”

Even some of old Napa County’s better-known episodes became surprising and even shocking through Brown’s research. In reading about the once-famed Napa Soda Springs resort – where the first hotel was built in 1855 – she uncovered a tortured birth marked by property disputes, lawsuits, assaults and the burning of a bottling plant by armed men.

“I knew the general history, but as I dug into it further, I learned these crazy stories of land stealing and shooting and violence – and that was just the first five years!” she recalled “It was crazy story after crazy story that I didn’t know about, until I started digging.”

A month away from the publication of “Hidden History,” Brown was hopeful that her book would not be the last of its kind to shine a light on Napa County’s past.

“I have two hopes – one, that people realize our history is bigger than we think,” she said. “And two, that many groups I couldn’t talk to for this book – Japanese, Filipinos, Muslims, LGBTQ people – I would love for people from those communities to be inspired to look for the histories of their community members.”

A team of horses and two wagons moving a house down a Napa street. A group of men in suits proudly holding clusters of “wine grapes.” A troupe…

Thanks for supporting Friends of the Napa Library

Napa's Black community fought for freedom from the start

Your Turn: Local historian Alexandria Brown looks back at the long struggle against injustice by Black Napans.

Letters: If we can't learn from our history, we are destined to repeat it.

Pictured with its probable occupants, this shack is an example of a Chinatown dwelling, circa 1885. While thought to be a part of Napa's Chinatown, this structure is not on stilts as typically found in this riverfront community.

Sometime after World War II, Napa madam May Howard scaled down her operation and moved to the Sam Kee Laundry (Pfeiffer Building) on Main and Clinton streets. 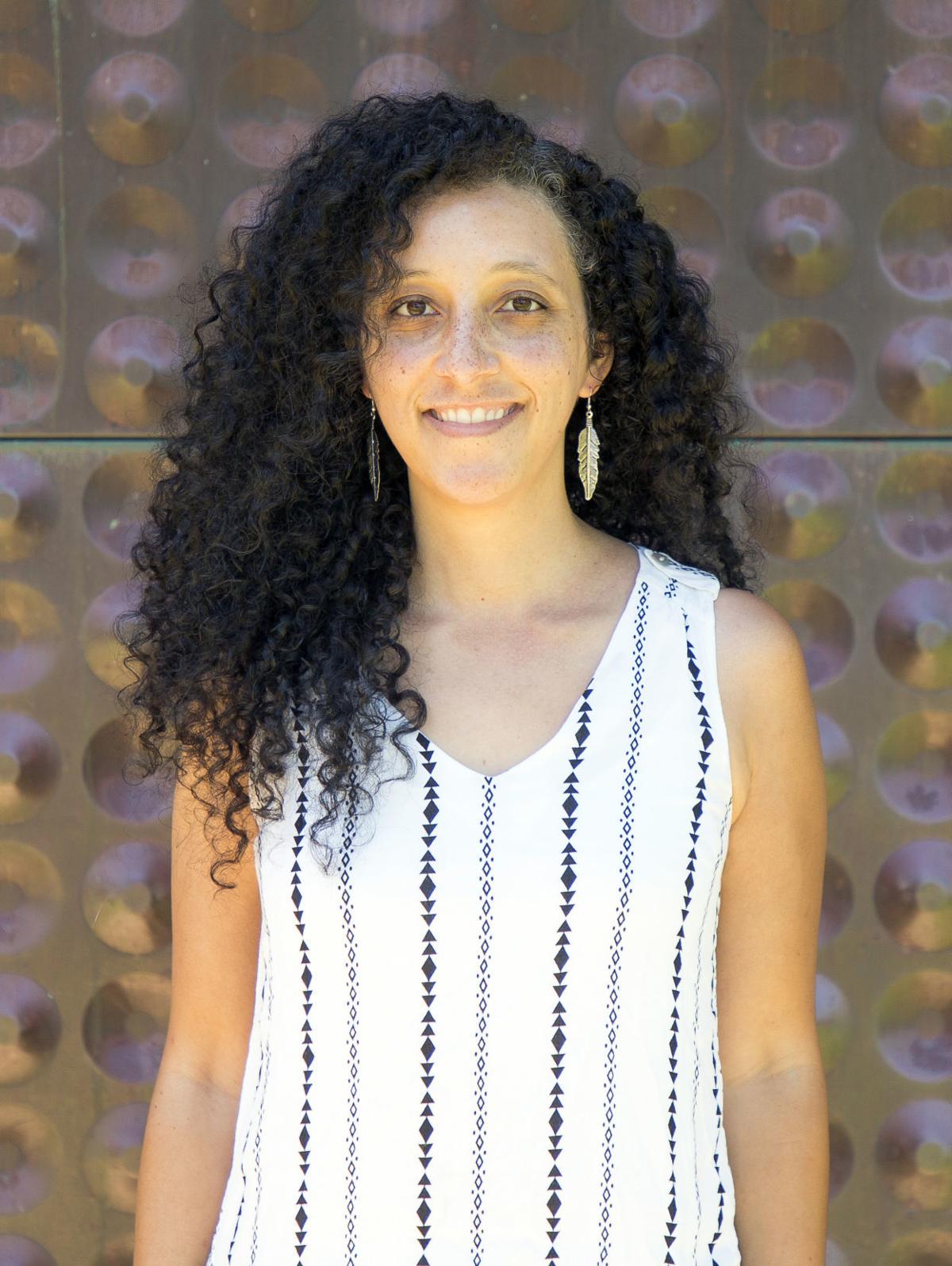