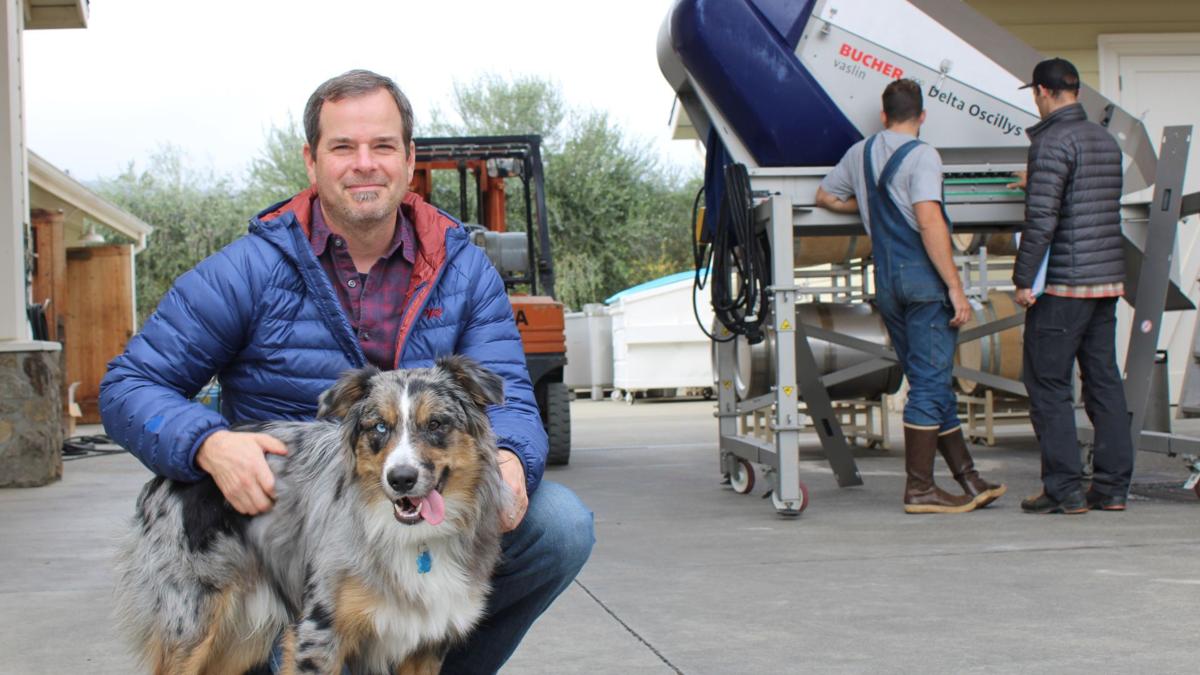 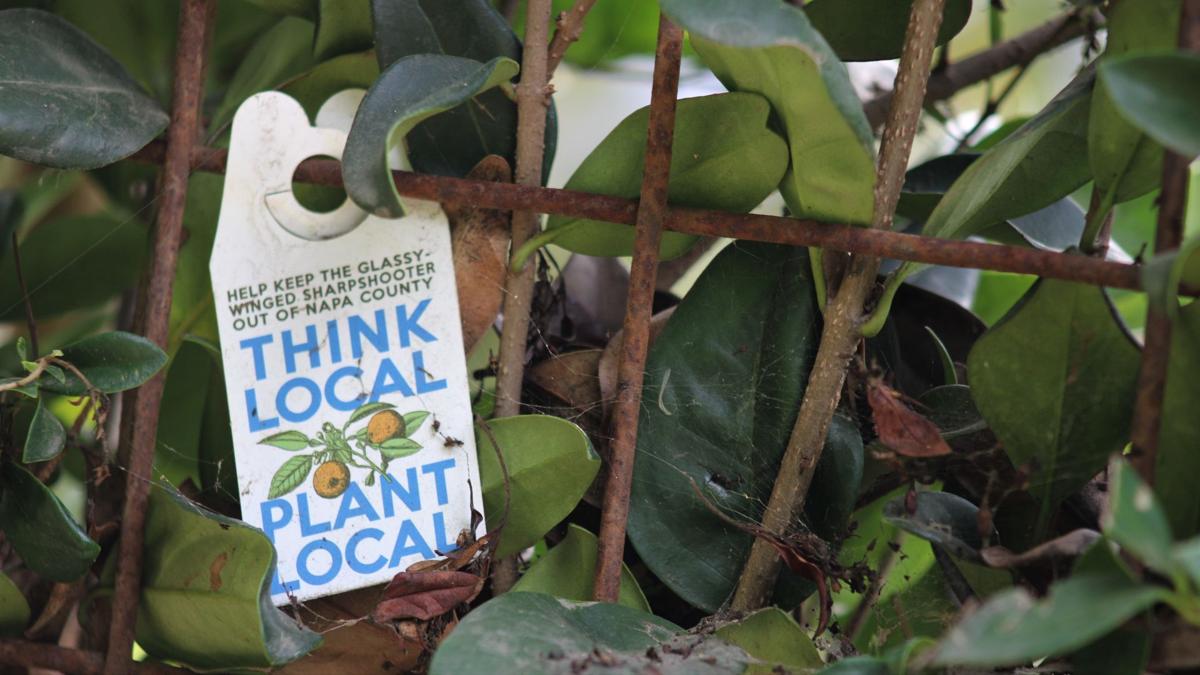 “Sustainable,” is the new sexy when it comes to the wine industry, with “Certified Organic,” “B Corporation,” and “Biodynamic,” acting as designer labels for vintners’ creations.

For Spottswoode Estate Vineyard and Winery in St. Helena, this go-for-the-green mentality encouraged the company to invest a whole bunch of time, energy and money to pursue all of these certifications, including biodynamic “Demeter,” credentials.

“The goals of all of them are great, but there's not a lot of overlap,” said Spottswoode’s winemaker and vineyard manager, Aron Weinkauf.

Spottswoode earned its organic certification in 1992, acting as an early adopter alongside one other vineyard in Napa Valley. Weinkauf’s predecessor and his crew then started farming biodynamically “loosely” in 2008, and after Weinkauf joined in 2015, the winery ultimately got its Demeter certification in 2020. The company is also certified with the local program Napa Green, and is currently pursuing a “TRUE” zero waste designation.

But as a lesser-known certification program compared to the others, the idea of biodynamic agriculture is not well understood.

In the case of Weinkauf and Spottswoode, he said that day-to-day operations did not differ much between organic and biodynamic farming.

“Within the Demeter certification, in order to be certified you have to have your organic certification already, so I kind of look at that as that does a whole lot of the footwork already,” said Weinkauf. “And then on top of that, it's kind of just a mental shift … It doesn't need to radically change what somebody who's already farming organically does.”

The Demeter certification goes all the way back to 1924 Germany, and stems from the ideas of philosopher and researcher Rudolf Steiner. In an effort to paint farms as living, breathing ecosystems rather than factories, Steiner gave a series of lectures on biodynamic agriculture, and within five years, the first Demeter co-op had over 1,000 member farms.

But we are in 2021 California, not post-WW I Germany, and according to Weinkauf, Steiner never intended for his lectures to be taken as gospel.

“The roots of some of Steiner’s prescriptions are pretty out there on many levels, and they absolutely were one man's suggestions on how to address the failing conventional farming practices of the time,” he said.

As a result, some of these ideologies have been compromised.

“What Steiner wanted was sustainability within a single farm and really nurturing that ecosystem in a single farm, which is not as practical nowadays,” said Weinkauf.

While Spottswoode has a well onsite and installed a solar array in 2007, a fully closed, self-sustaining ecosystem isn’t feasible.

Instead, Demeter-certified wineries and vineyards have other requirements to achieve a more modernized version of Steiner’s teachings. Hand-harvesting is preferred -- even better if you follow the biodynamic farming calendar for harvest dates -- grape pomace must be composted, imported yeast is forbidden, and acid and sugar levels must be left untouched, to name a few.

Here in California, there are 18 certified biodynamic wine businesses, two of which are in Napa Valley. Alongside Spottswoode, the Smith-Anderson Wine Group is certifie. However, due to its philosophical nature, the way that biodynamics actually comes to fruition in the vineyard is on a case-by-case basis, and the Demeter certification team assesses applications as such.

"Basically, biodynamics is nothing more than the use of experiences that farmers have made for thousands of years," said Alois Lageder representatives. "As people of the 21st century, we have often forgotten how to intuitively grasp the interrelationships of nature. Whereas a farmer used to keep hens, pigs and cows on his farm and cultivate cereals, vegetables and perhaps wine, today this farm economy has given way to large monocultures."

Spottswoode tends to agree with this logic.

“People ask me what biodynamics is, and I kind of look at it like modern science was very bottom-up oriented and they tried to tease out singular variables and try to analyze them in isolation, and because of that modern science struggles within larger ecosystems where there are almost infinite variables,” said Weinkauf.

“The cool thing for me about biodynamics is it's to me much more top-down oriented, where it's looking at big pictures, looking at whole systems and trying to make general prescriptions.”

Weinkauf says that he sees a disconnect in generational farming practices, and believes that the Demeter philosophy lends itself to some of these traditions. Rather than trying to curate a highly-specialized and unnatural environment for their vines, Spottswoode tries to study the estate and its needs without intervening too much.

“It's still farming,” he said. “You still have to roll with the punches, you still get a ton of variability from Mother Nature, and you still struggle with the same bugs and mildew and floods -- They don't just disappear.”

Weinkauf deems himself a “firm believer” in all of these different sustainability certifications (hence the reason Spottswoode has acquired nearly all of them) but is, in particular, a fan of the revamped Napa Green project for its multi-faceted approach.

“The new Napa Green is really one of the more dynamic, holistic certifications that are out there,” he said.

“It's always funny … You go to school to be a winemaker, we have zero business management practices, but at the same time, I definitely always knew this was part of it, [and] I think it's good for people to speak up and try to be proactive, especially when we're talking about ecosystem health.”

Aron Weinkauf and his dog

A type of fermentation that can be either encouraged or blocked, MLF is when tart malic acid is converted to lactic acid, and in the case of wine, often results in a buttery taste.

The controversial Walt Ranch vineyard issue will be returning to the county Board of Supervisors.

Clover Flat Landfill near Calistoga is the target of a new lawsuit, arguing that recent changes endanger the Napa Valley.

The Make it in Napa initiative, after surveying over 200 local creatives, is moving on to identify possible solutions for housing and space needs for Napa's artists and makers.

The international glass shortage has been impacting winemakers and brewers of all calibers, including Napa’s hobby vintners.