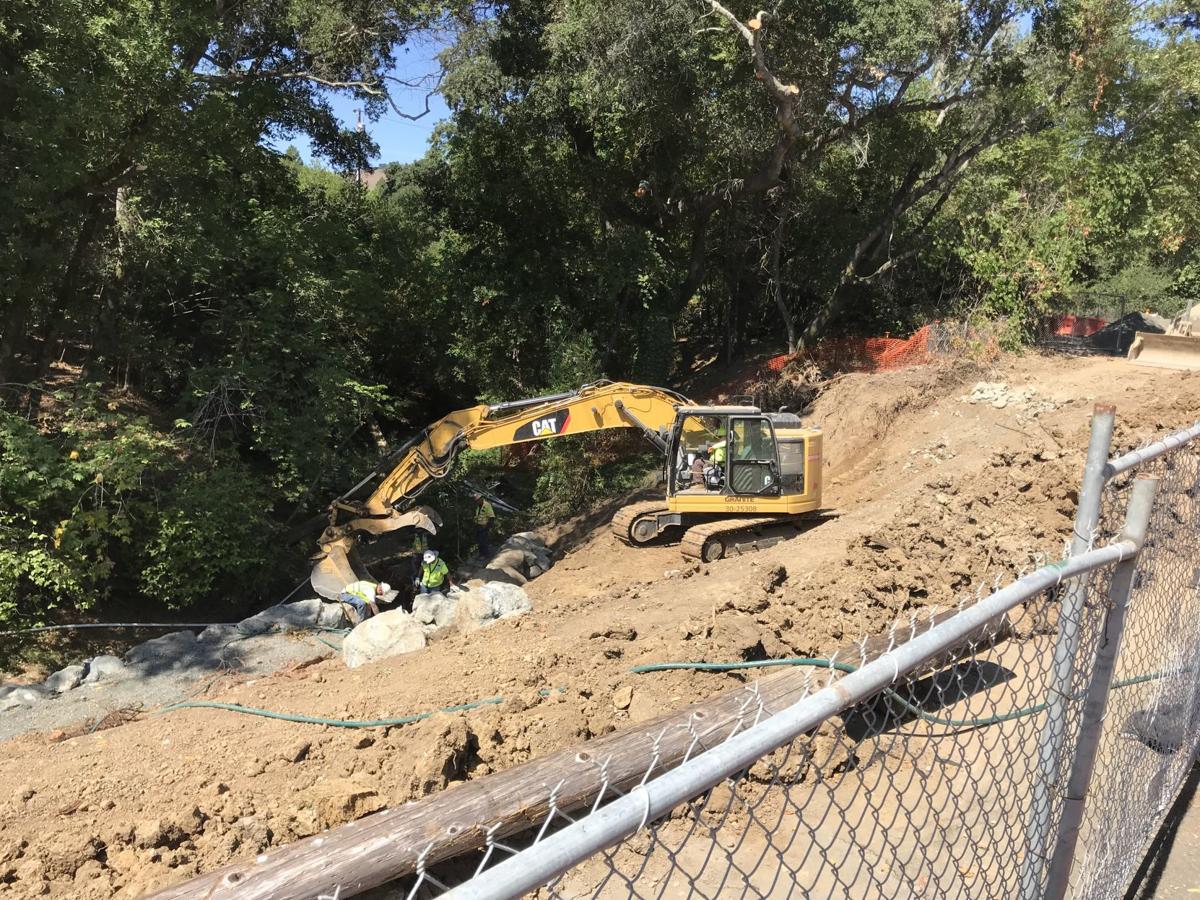 A contractor is rebuilding the washed out bank of Napa Creek west of Buhman Avenue. 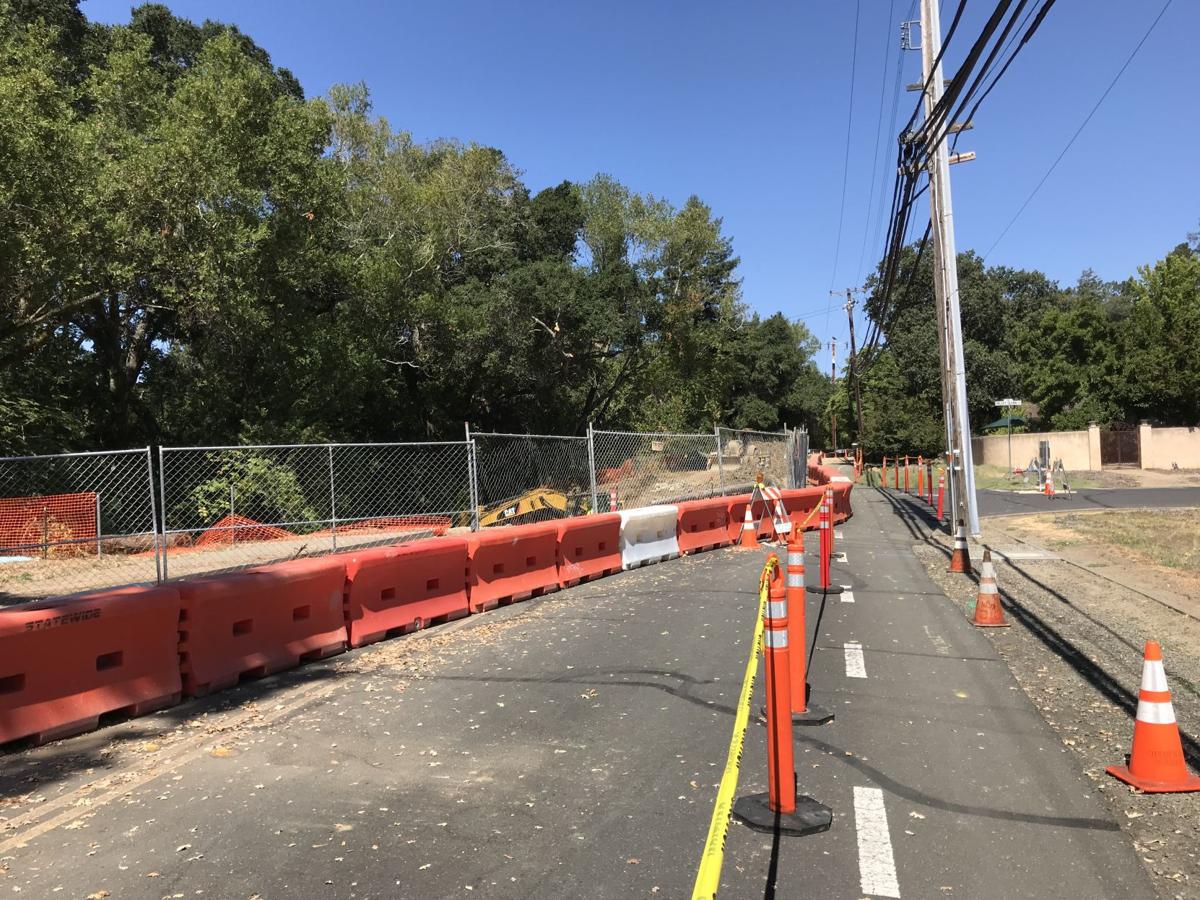 Browns Valley Road is closed west of Buhman Avenue while the city repairs a Napa Creek washout from last rainy season. The closure may create congestion at Browns Valley Elementary on opening day.

A contractor is rebuilding the washed out bank of Napa Creek west of Buhman Avenue.

Browns Valley Road is closed west of Buhman Avenue while the city repairs a Napa Creek washout from last rainy season. The closure may create congestion at Browns Valley Elementary on opening day.

Parents taking their children to Browns Valley Elementary School starting next week will face one big obstacle — the barricades sealing off a section of the road leading to the west Napa campus.

Continuing repairs to shore up a collapsed creek bank, which has affected a portion of Browns Valley Road to cars for six months, will keep it off limits to drivers as the school year begins on Wednesday.

The city Public Works department on Tuesday announced the road’s reopening between Partrick Road and Buhman Avenue, originally planned to wrap up before the first day of classes, will instead take place in the final week of this month, after completion of a retaining wall and installation of riprap to hold the stream bank in place.

Work crews this week are lining the repaired bank with riprap, a layer of large boulders that will stabilize the soil, according to Ferons. Slope repairs and construction of a retaining wall will take place over the following two weeks, followed by repair of the roadway and sidewalk starting Aug. 26 — nearly two weeks into the school year.

The city will leave landscaping and irrigation work for last, after Browns Valley Road reopens to traffic, he said.

With the Browns Valley school soon to open, work is continuing on a 10-hour-a-day, six-day-a-week schedule, Ferons said.

Detoured drivers can use Rowena Lane to travel between Partrick and Browns Valley roads, and to access Valley Glen Lane. Valley Glen remains open but can be reached only via Rowena.

Heavy wintertime rains eroded the north bank of Browns Valley Creek and undermined the nearby sidewalk. In February, Public Works crews closed off the eastbound lane of Browns Valley Road and created a temporary passageway for people going to and from the Browns Valley school on foot. The city then blocked all vehicle traffic near the slide July 18.

Napa is carrying out the repairs to creek and road under an emergency declaration the City Council passed in February, shortly after the first closure. The emergency is expediting permitting, funding and construction that Ferons said normally would require 12 to 18 months.

The Browns Valley school briefed parents about the road closure in an email Wednesday and will continue providing project updates through the Parentsquare website, according to Principal Frank Silva.

A student drop-off zone on Buhman remains open, as does on-site parking for teachers and staff. In addition, the drop-off area is receiving a pushbutton-operated flashing beacon to alert motorists to slow down for children crossing the street to and from school, a fixture Napa has added to other heavily traveled intersections and crosswalks around the city.

“Yes, it’ll be a little more of a challenge to come to school, but (the city) worked hard to make student dismissal and drop-off safe,” Silva said, adding he or another staff member will serve crossing-guard duty during the first few days of school.

Silva recommended that families add 10 minutes to their normal travel time to and from campus, but said the Browns Valley School will not crack down heavily on children who arrive just after the start of the school day due to traffic congestion.