More than half of states reporting rise in virus cases as US nears 200,000 deaths. Here's the latest.

Bulldozers busy at Napa Pipe
Share this
Return to homepage × 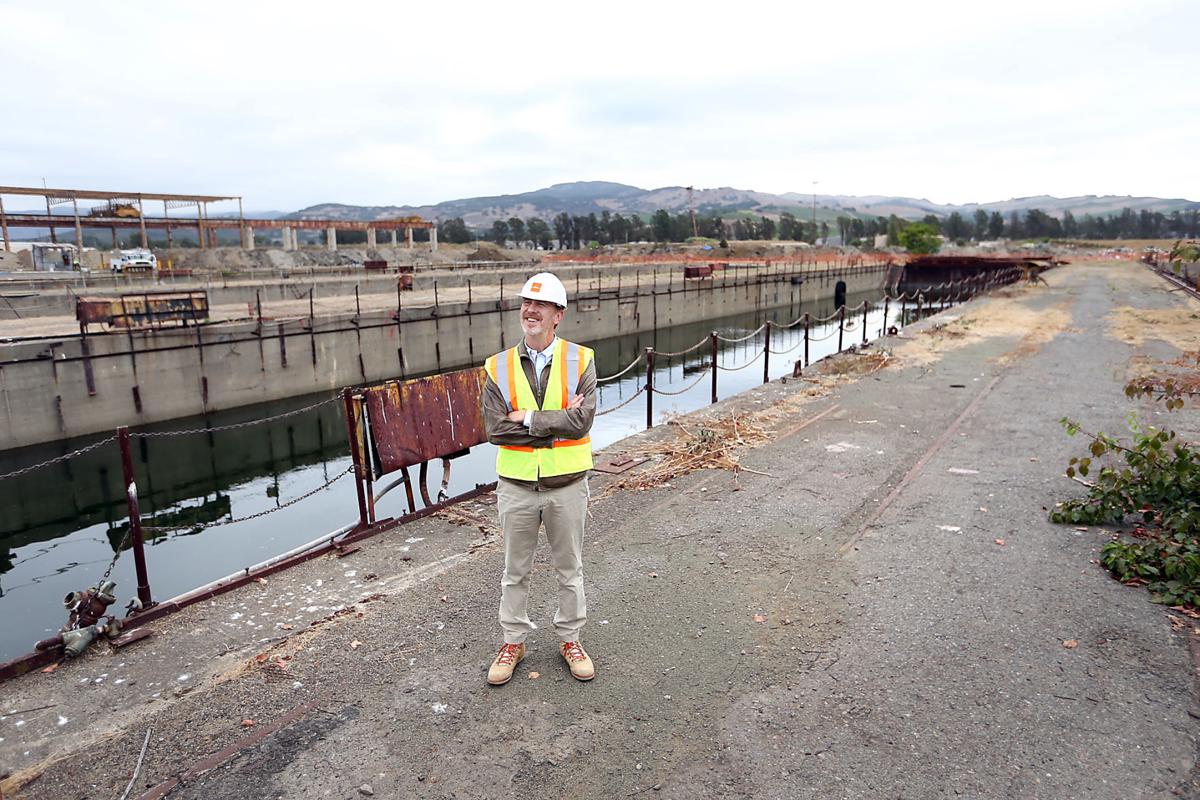 Napa Pipe developer Keith Rogal near one of the property’s four dry docks during a recent tour. 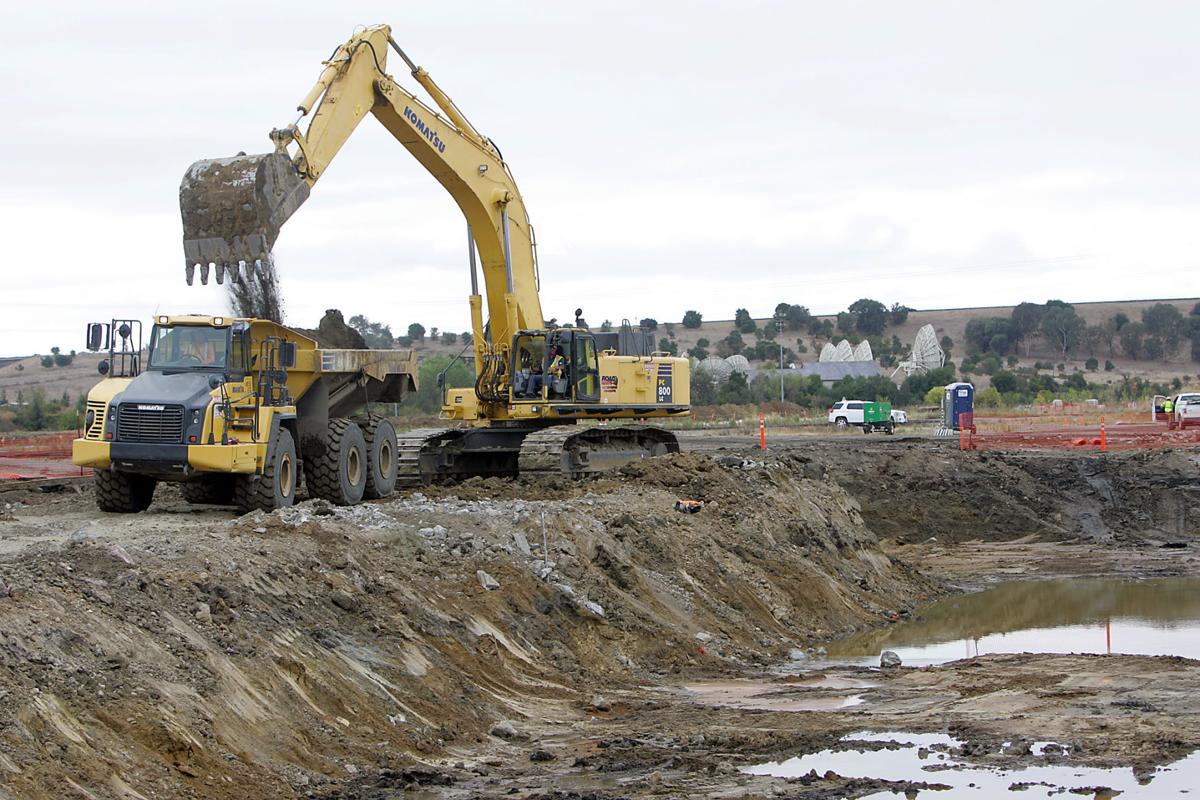 An excavator removes soil from an area near what used to be the Pipe Mill building at Napa Pipe. 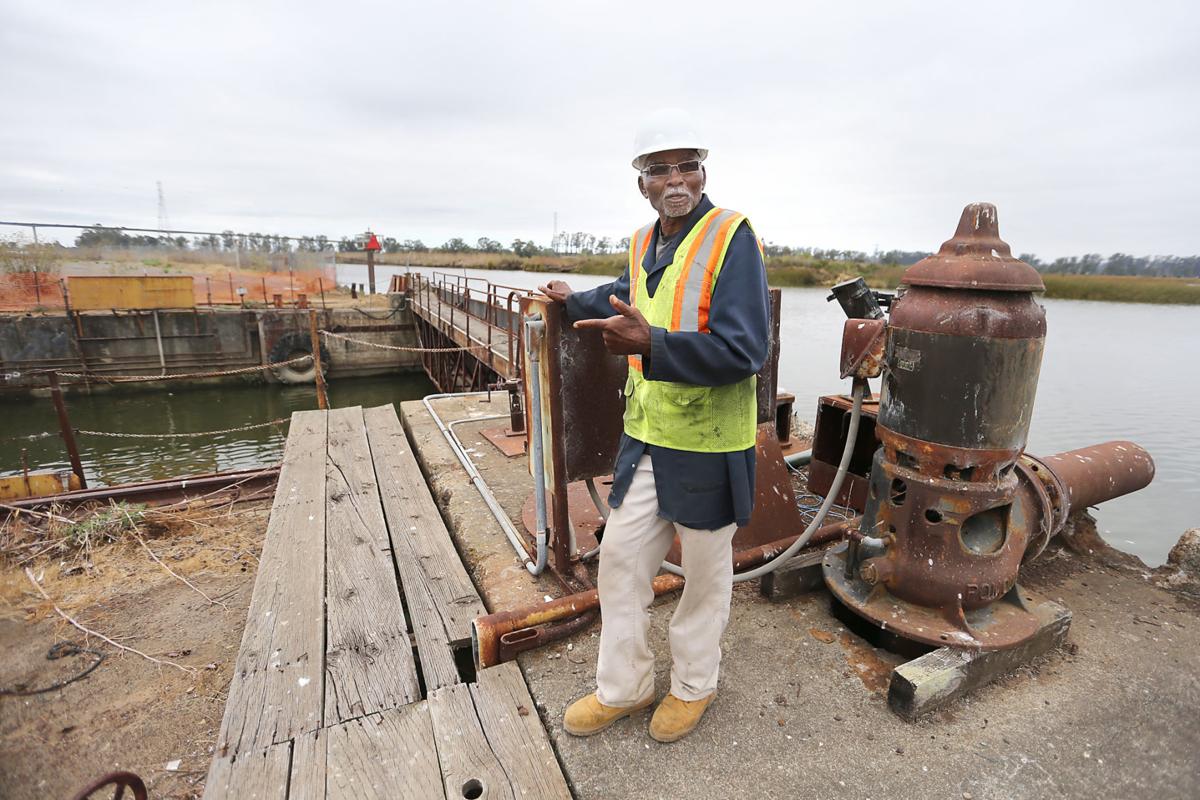 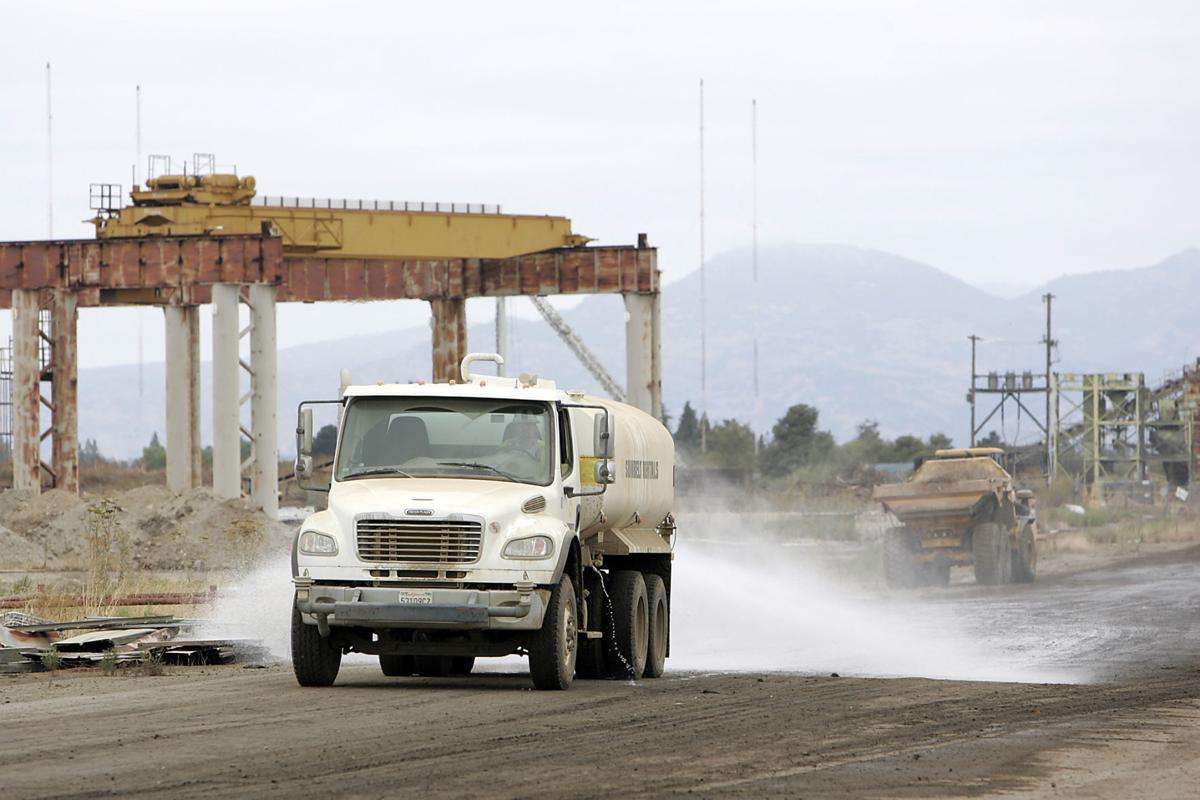 A water truck works to eliminate dust at Napa Pipe. 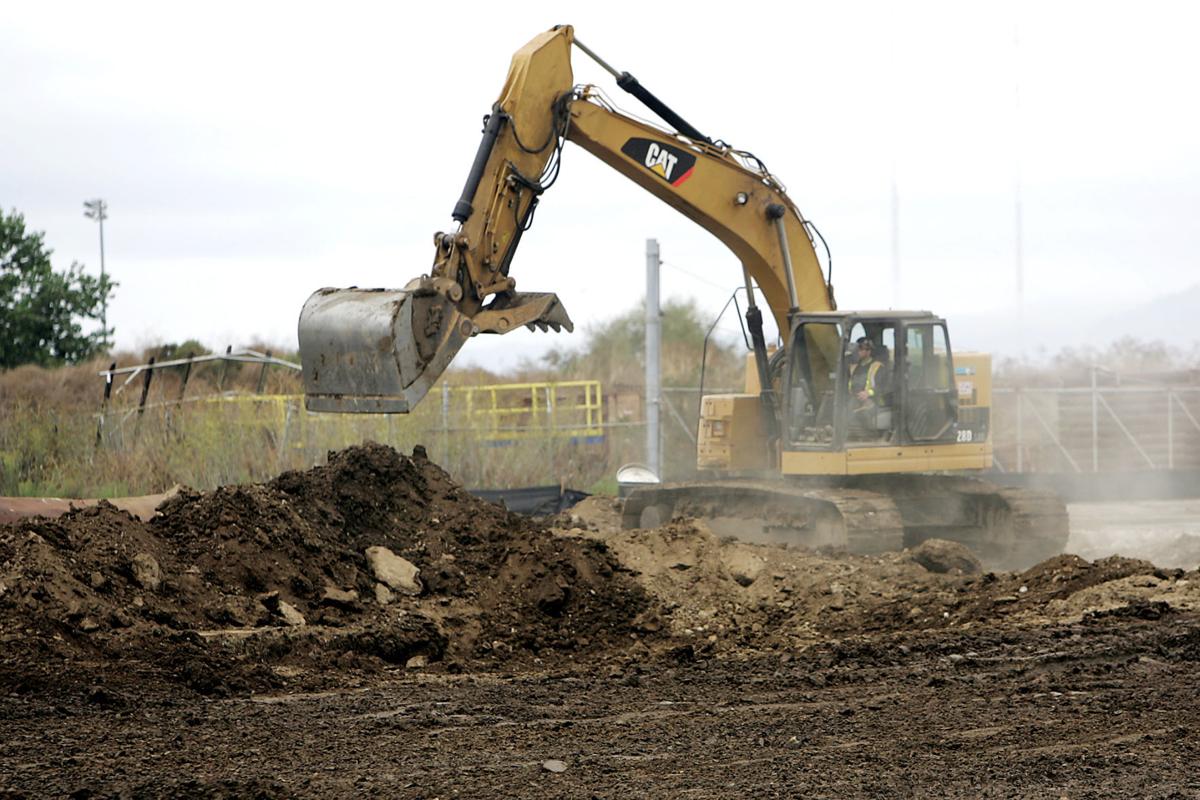 An excavator works near the former Mold Loft building at Napa Pipe during a recent tour of the property. 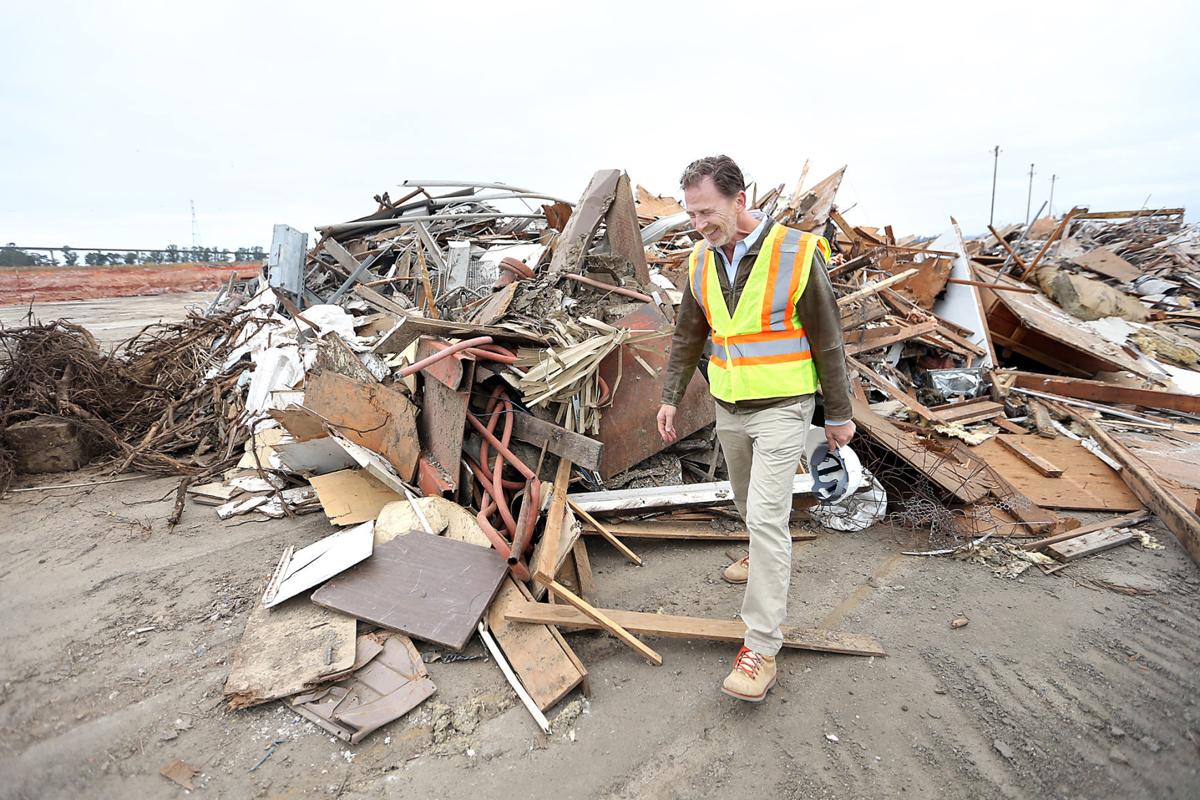 Napa Pipe developer Keith Rogal has a chuckle as he realizes the pile of rubble behind him is what's left of his former office. 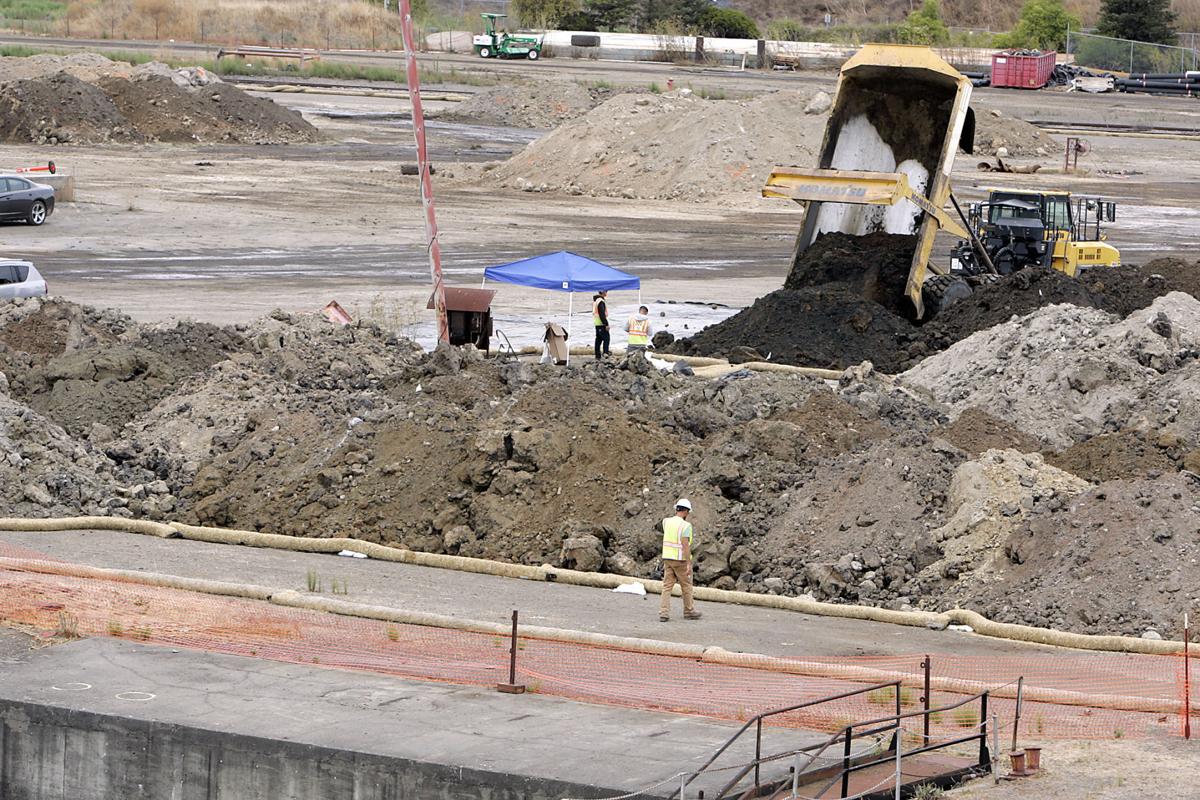 A truck dumps a load of soil during a recent tour of the Napa Pipe property. 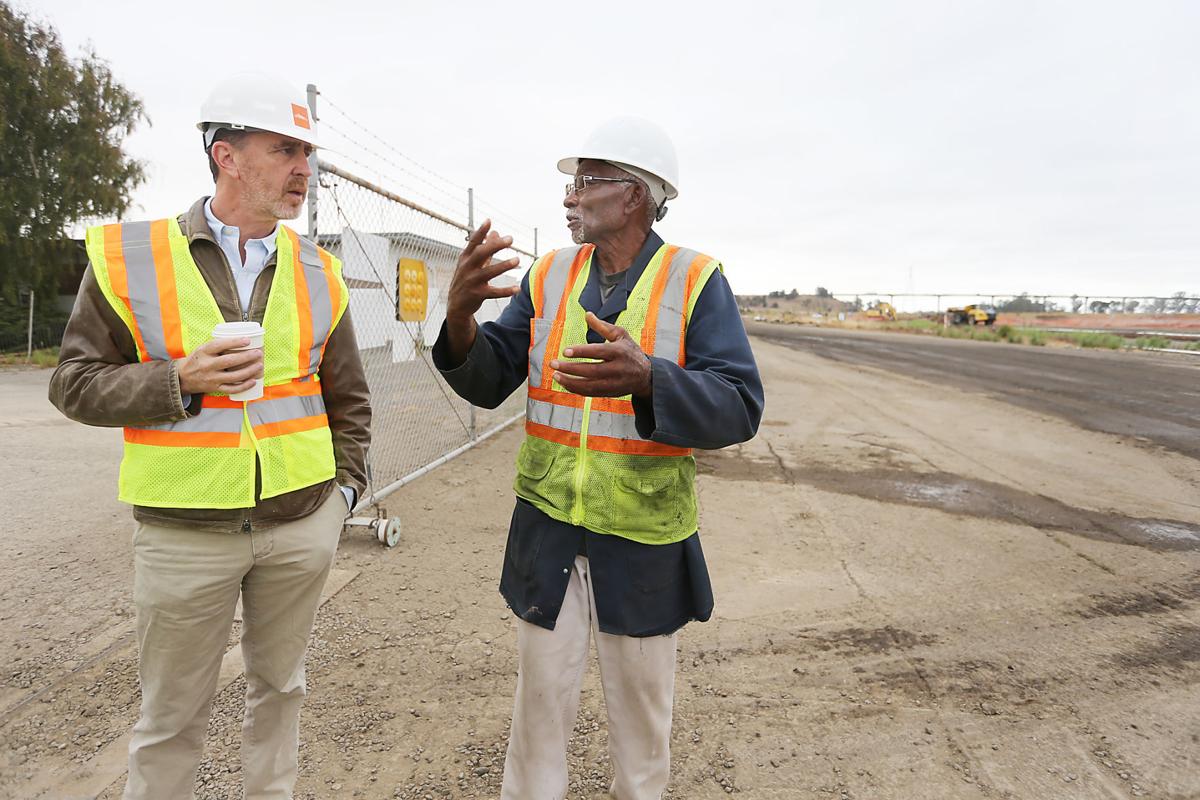 Keith Rogal is happy to demonstrate that, after more than a decade of bureaucratic efforts and public hearings, dirt is being turned at the long-dormant Napa Pipe site along the Napa River.

To be sure, the job at hand is cleaning up contaminated soil, not yet constructing a Costco, homes, a park, trails and other features of a planned, new neighborhood. Still, what Rogal calls the “dance of the giant excavators” is taking place.

“It is underway in a huge way,” said Rogal, the local developer who has spearheaded the Napa Pipe transformation effort for Napa Redevelopment Partners.

Costco looks forward to opening in 2019, with the first phase of homes perhaps coming at about the same time, Rogal said.

For now, the sight of yellow bulldozers and the sound of heavy equipment backup alarms is enough to make Rogal smile. The California Statewide Communities Development Authority in June issued $20.8 million in bonds for Napa Pipe soil remediation, with a special tax on the land to cover the loan.

“The first piece of making this site ready for its new life is fully cleaning it up,” Rogal said.

Jim Swindle has spent much of his life at the site, having started work there for Kaiser Steel in 1966 and later working for Oregon Steel Mills. Oregon Steel Mills closed Napa Pipe in 2004, and Swindle now helps Rogal and Napa Redevelopment Partners.

Rogal and Swindle gave a tour of the cleanup work on a recent overcast morning, doing such things as scrambling up the ladder rungs of a dock crane to get a better view.

“History – history around this place,” Swindle said as he walked the 154-acre property.

“They used to make pipe here; they used diesel machines to run the mills,” Swindle said. “They had a diesel tank and over the years the tank leaked…That’s how it got contaminated with diesel.”

Workers are removing foundations, underground piping and contaminates identified in a state remediation plan. Some soils can be cleaned by carefully spreading them so contaminates can degrade, with the cleaned-up soils then being reused.

The San Francisco Bay Area Regional Water Quality Control Board is monitoring the cleanup effort. Swindle’s name appears in a thick 2007 agency environmental report on Napa Pipe. His memories of a large machinery pit helped investigators theorize the source of some of the hydrocarbons.

Rogal called Swindle the “bridge between the past and future.” As the two men watch the cleanup effort going on, they are also thinking of what artifacts are worth saving.

Much of the preservation plan has long been decided. Dry docks are to become such things as a swimming pool. The soaring, skeletal craneway is to frame a major street leading to the river. Rusting dry dock cranes a couple stories tall are to remain as kind of industrial monuments.

But new ideas are emerging. A dozen or so 8-foot-tall concrete pillars are strewn along the ground like fallen, mini-obelisks. Swindle didn’t want to see these supports for long-gone structures lost and Rogal thought them “beautiful artifacts.”

These pillars are now slated to be reborn as bases for lights in the planned community park. Plaques can be attached to them describing Napa Pipe’s history, Rogal said.

“It’s another way to keep the story and I just love the reuse of them,” Rogal said.

When the soil remediation is finished, the now-torn up Napa Pipe site is to once again be mostly smooth ground. Rogal said attention next year will turn to the infrastructure work, such as adding water lines and roads.

The transformation will include making the Napa Pipe site several feet taller to ward off possible flooding from sea level rise. Vast mounds of soil have been stockpiled for that purpose, having been hauled from the 2014 Highway 12 widening project in Jameson Canyon and other projects.

“The main thing to say is, no grass is growing under anyone’s feet now,” Rogal said. “Once we had the bonds in place, the team has really hit it hard.”

Part of Napa Pipe is within the city of Napa, including the Costco site. The residential-to-be portion is in the unincorporated county, though it is to be annexed to the city once the county issues building permits and receives credit for its state-mandated housing numbers.

City of Napa Community Development Director Rick Tooker said Napa Redevelopment Partners has submitted an application to make plan changes. At this point, the move is merely to create a file, with information to come later.

“The presumption is they want to make some changes to the project to make it more feasible, particularly earlier in the project,” Tooker said.

Rogal talked about refinements rather than big changes to the Napa Pipe concepts.

“As we get into the detailed designs, as we’re dealing with the infrastructure in particular, I think things would emerge,” he said.

Napa Pipe developers began presenting their ideas to Napa County and the city of Napa in late 2006. Slowly, the concept emerged to build 700 to 945 homes, shops, businesses, a hotel, parks, a senior retirement center – and a Costco.

City voters in November 2014 approved allowing annexation of the land. The county Board of Supervisors approved two key development agreements in December 2014.

Then the county and city of Napa continued ironing out differences on a project that requires coordination between the two jurisdictions. They approved their own set of agreements in July and August of 2015.

Now, more than 10 years after those initial redevelopment proposals, bulldozers, dump trucks and other big equipment are at work. Highway 29 drivers on the Butler Bridge can finally see some Napa Pipe action that isn’t happening in a board room or office.

Catellus is overseeing the cleanup and A/B Construction is managing the day-to-day work.

If Costco has its way – and nearby homes are finished on schedule – membership will have its privileges in Napa starting in three years.

Facing a roadblock to joining forces with Napa County to create affordable housing, the city may look east for a solution – toward Sacramento.

Napa Pipe developer Keith Rogal near one of the property’s four dry docks during a recent tour.

An excavator removes soil from an area near what used to be the Pipe Mill building at Napa Pipe.

A water truck works to eliminate dust at Napa Pipe.

An excavator works near the former Mold Loft building at Napa Pipe during a recent tour of the property.

Napa Pipe developer Keith Rogal has a chuckle as he realizes the pile of rubble behind him is what's left of his former office.

A truck dumps a load of soil during a recent tour of the Napa Pipe property.