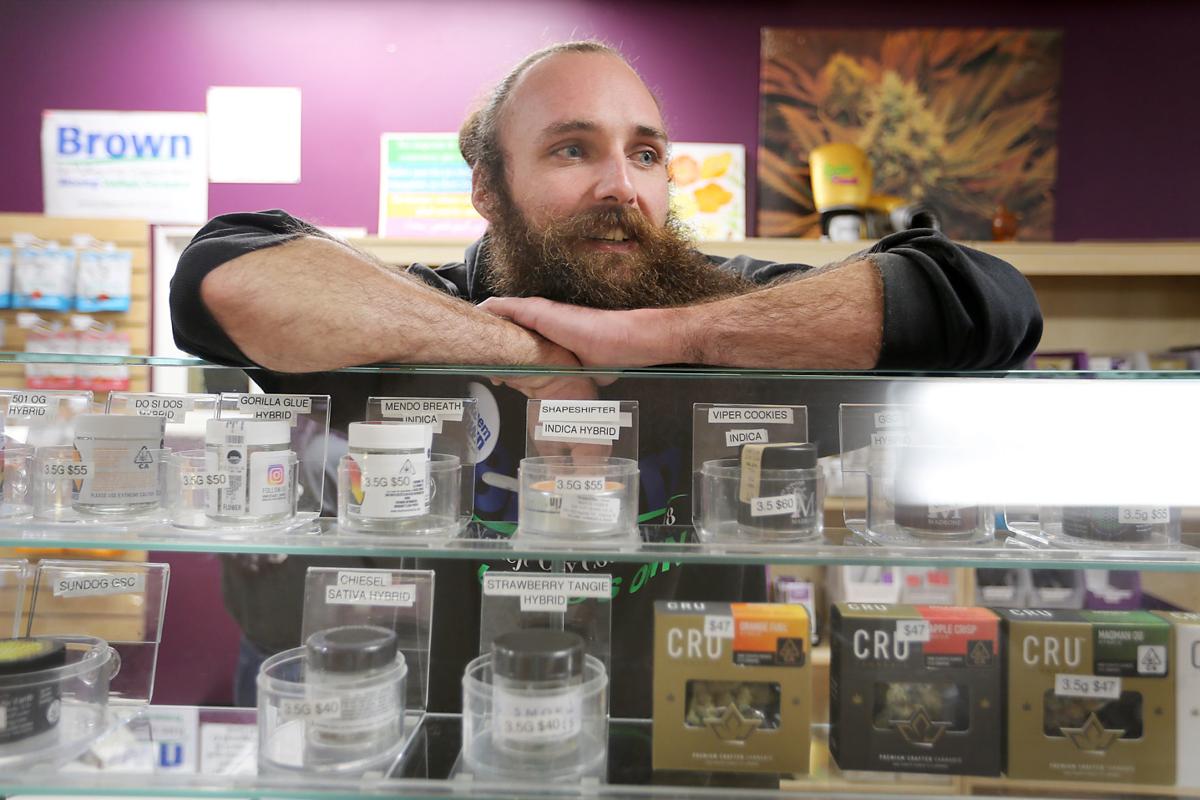 Morgan Hannigan, owner of Better Health Group marijuana dispensary in Vallejo, behind the counter at the Sonoma Boulevard business that he has owned for six years. He is skeptical that medical cannabis dispensaries planned for Napa will succeed. 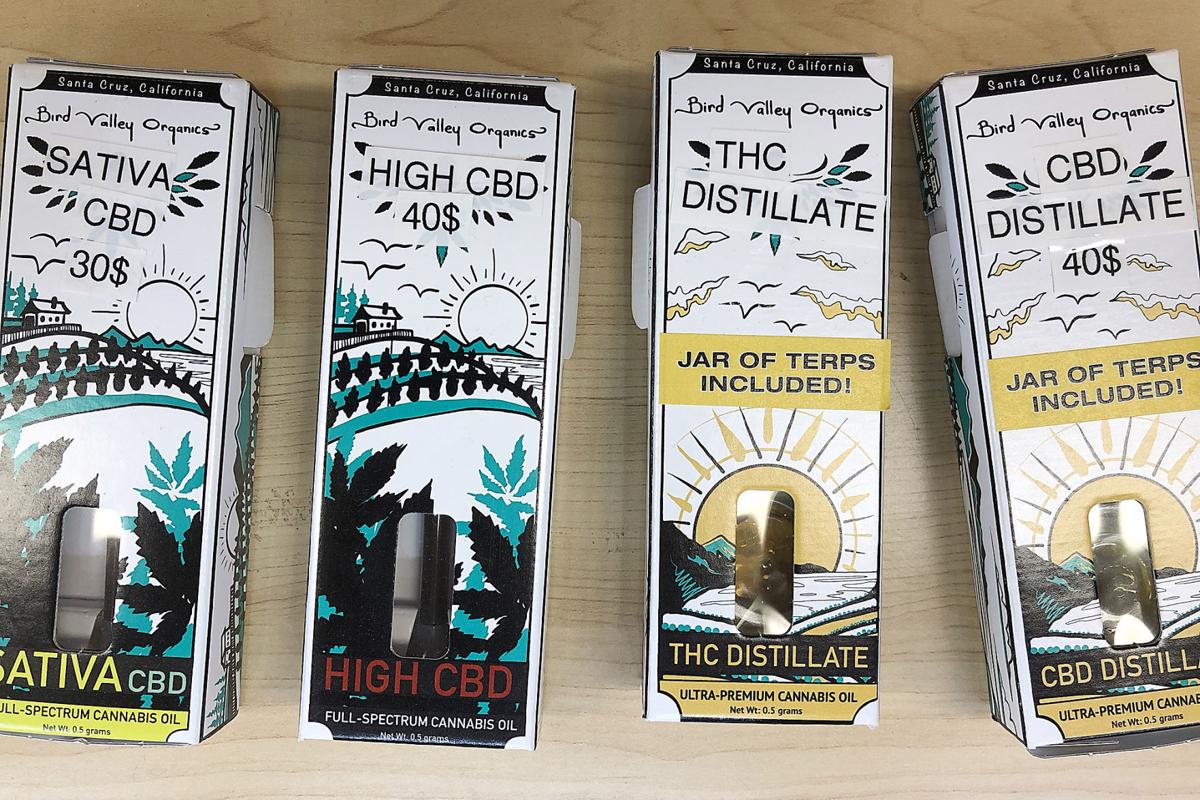 One of the items available at Better Health Group marijuana dispensary in Vallejo, is chemically extracted hash. 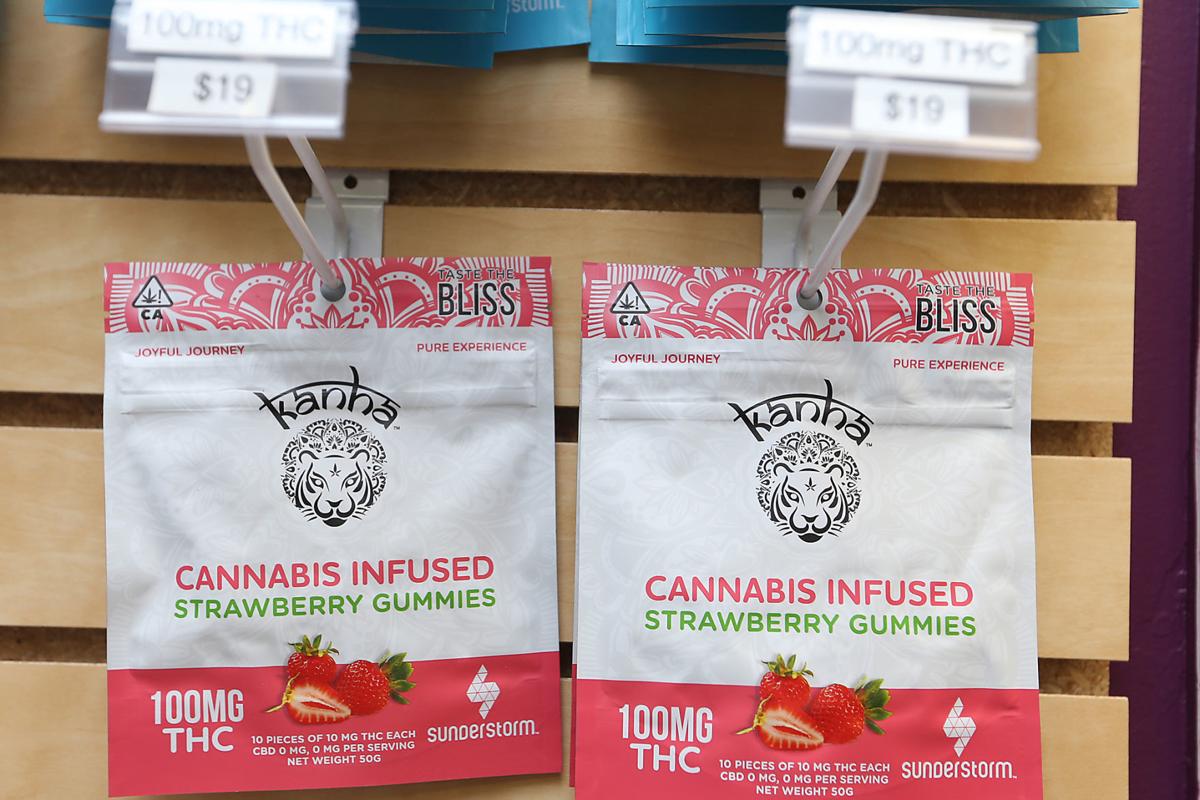 Napa’s City Council voted in December to allow medical marijuana dispensaries to sell cannabis within the city limits. Already, as many as seven businesses have indicated interest in opening such a shop.

But according to some in the cannabis industry, restricting sales to only medical marijuana cardholders could doom them.

“There’s not going to be a market for anyone to make any money” selling only medical marijuana products, he said.

After Californians approved Proposition 64 in 2016 to allow recreational cannabis usage, most users no longer need to go through the process of getting a medical card, he said.

“All these people who used to be medical patients can just buy it” wherever recreational cannabis can be sold, said Hannigan.

“There aren’t enough patients” to sustain a business that only sells to medical marijuana card holders, said Hannigan. To require such a condition “is a joke,” he said.

“I agree with that 100 percent,” said Chris Porter, who works as a ‘cannatech’ at reLeaf in Vallejo.

A business that can sell only to medical cannabis users “is not sustainable at all,” said Porter. “Especially the way the industry is heading.”

The city of Napa’s decision to permit only medical cannabis sales is “short-sighted and ill-advised,” said Eric Sklar of Fumé Napa, a cannabis company that delivers in Napa but is located in Lake County.

“The reality is that medical marijuana sales are shrinking as a percentage of total sales,” said Sklar. At the same time, “Recreational sales are growing dramatically.”

According to the California Bureau of Cannabis Control, there are 417 dispensaries with an active license to sell cannabis products. Of that total, 49 sell only medical cannabis.

Others say a medical dispensary will do well in Napa.

“I don’t think a medicinal dispensary for Napa will fail,” said Anne Steinhauer of the Napa Valley Cannabis Association. “I think it will be quite popular until they create more openings for more businesses.”

If Napa’s only local cannabis dispensary sells only to medical card holders, “you’ll see people getting medical cards. Or they will have it delivered” from merchants that can do so.

“Personally, I use cannabis to sleep at night,” Steinhauer said. That’s considered a medical reason, she explained, and Steinhauer has a medical marijuana card, but if she wants to use it recreationally, “I shouldn’t be excluded from doing that.”

“Napa is trying to do things slowly and being cautious,” said Steinhauer.

At the same time, the “super cautious approach just slows things down. And it is maintaining the black market” for locally sold cannabis.

“Let’s get one or two open,” and see how those businesses do and what the experience is, said the mayor. “In a year or two, we’ll look at the regulations and decide what we’ve learned from the ones that have opened.”

The law has mostly removed the incentive to get such a card, although for some people there are some benefits including tax breaks and larger purchase limits.

From a business standpoint, restricting sales to medical users only “doesn’t make sense,” said Porter. He compared such a requirement to telling wineries they can sell only red wine.

“The people who want to use this plant will use this plant, no matter what,” said Porter. “Why not make it safe, accessible and tax and regulate it and make it profitable” for everyone?

Sklar said he thinks the medical-only restriction is just a way for the city to appear to be addressing the issue of cannabis sales, “but the reality is it’s just a smokescreen.”

“The city council has really thrown up roadblocks every step of the way,” said Sklar. “It’s very unfortunate.”

Liquor stores and pharmacies exist in all parts of the city, he said. “Yet they say cannabis has to be hidden away.”

Alicia Rose Kelly, a Napa resident and owner of HerbaBuena, which manufactures cannabis products in Santa Rosa, said she originally planned to open a medical cannabis dispensary in Napa. Because she could not come to an agreement with all of the owners in her commercial condo association regarding parking, she is unable to.

“I knew it would be a hindrance to sales” to sell only to medical card holders, “but I also know in my case I have an extremely loyal following. People would take the time to get their medical cards in order to purchase from us.”

Even with the restriction, Kelly said that merchants will still want to open medical cannabis dispensaries in Napa for several reasons.

First, the number of tourists that come to Napa who want to buy cannabis is an untapped market.

Second, because of the historical drought of legal cannabis for sale in the city, “people would jump through the hoops” to get a medical card to buy legal cannabis in Napa.

Third, if recreational cannabis sales are eventually permitted in Napa, those merchants would be ready to take advantage of such business.

Sklar said he could argue that allowing only medical cannabis sales in Napa is actually good for his business. After all, Fumé Napa, not affiliated with Napa’s Fumé Bistro restaurant, makes money on cannabis deliveries to the city.

Regardless of any new competition, “I want the industry to grow because it’s good for everybody.”

The city council adopted a resolution Tuesday awarding a construction contract to Northern Pacific Corp. for $598,618 for the utility replacem…

American Canyon has become the first city in Napa County to authorize recreational marijuana businesses, though it stopped short of allowing r…

Our view: Time to listen to voters on cannabis

Closing in on two years after speaking loud and clear, the voters of Napa County are still waiting for what they asked for – access to recreat…

There are no marijuana dispensaries in Napa County, but a few local entrepreneurs are making marijuana purchases as convenient as ordering a pizza.

Legal concerns have apparently snuffed out plans for a marijuana retailer on the Napa Valley Expo property.

Napa’s City Council voted in December to allow medical marijuana dispensaries to sell cannabis within the city limits. Already, as many as sev…

One group hoping to launch Napa’s market for medical cannabis hopes to open its doors by year’s end. Meanwhile, another would-be seller is see…

YOUNTVILLE — For now, Yountville remains devoid of stores offering marijuana products. But officials have begun to ponder where to place futur…

Morgan Hannigan, owner of Better Health Group marijuana dispensary in Vallejo, behind the counter at the Sonoma Boulevard business that he has owned for six years. He is skeptical that medical cannabis dispensaries planned for Napa will succeed.

One of the items available at Better Health Group marijuana dispensary in Vallejo, is chemically extracted hash.