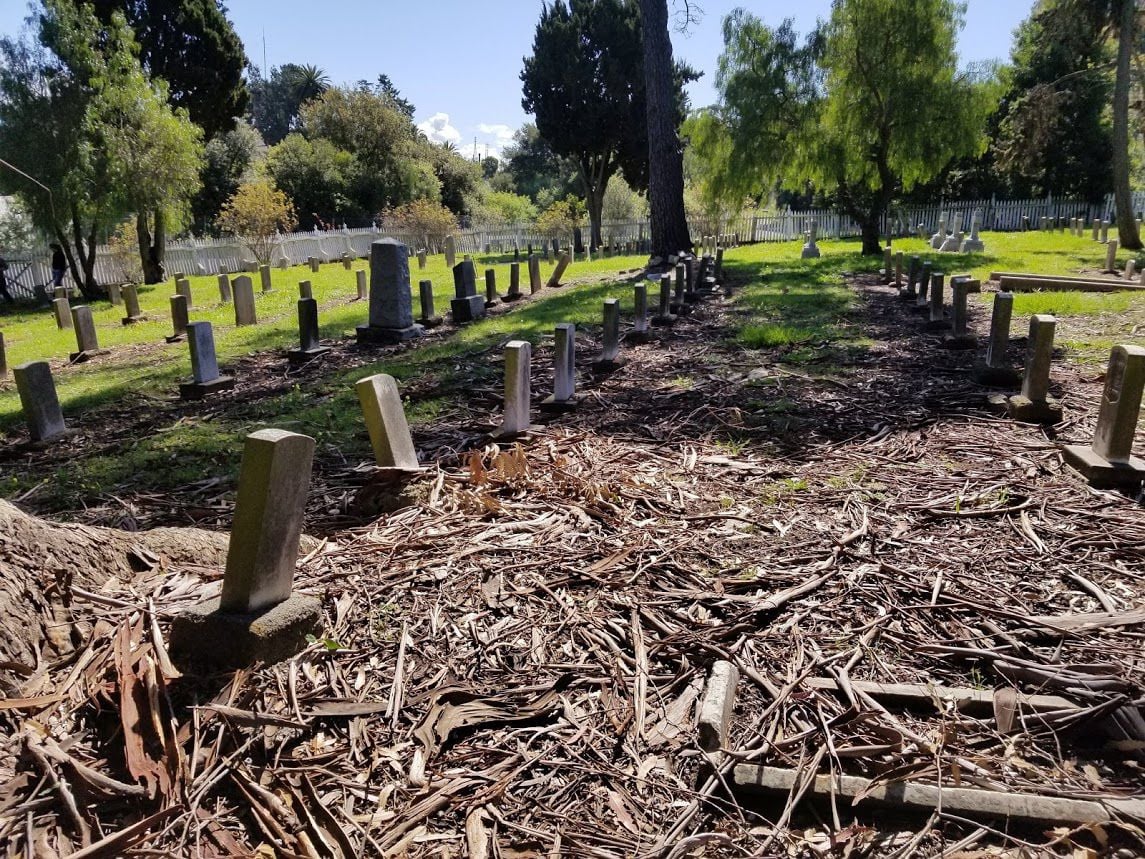 Bills to provide federal funding to maintain the Mare Island Naval Cemetery have stalled in Congress. 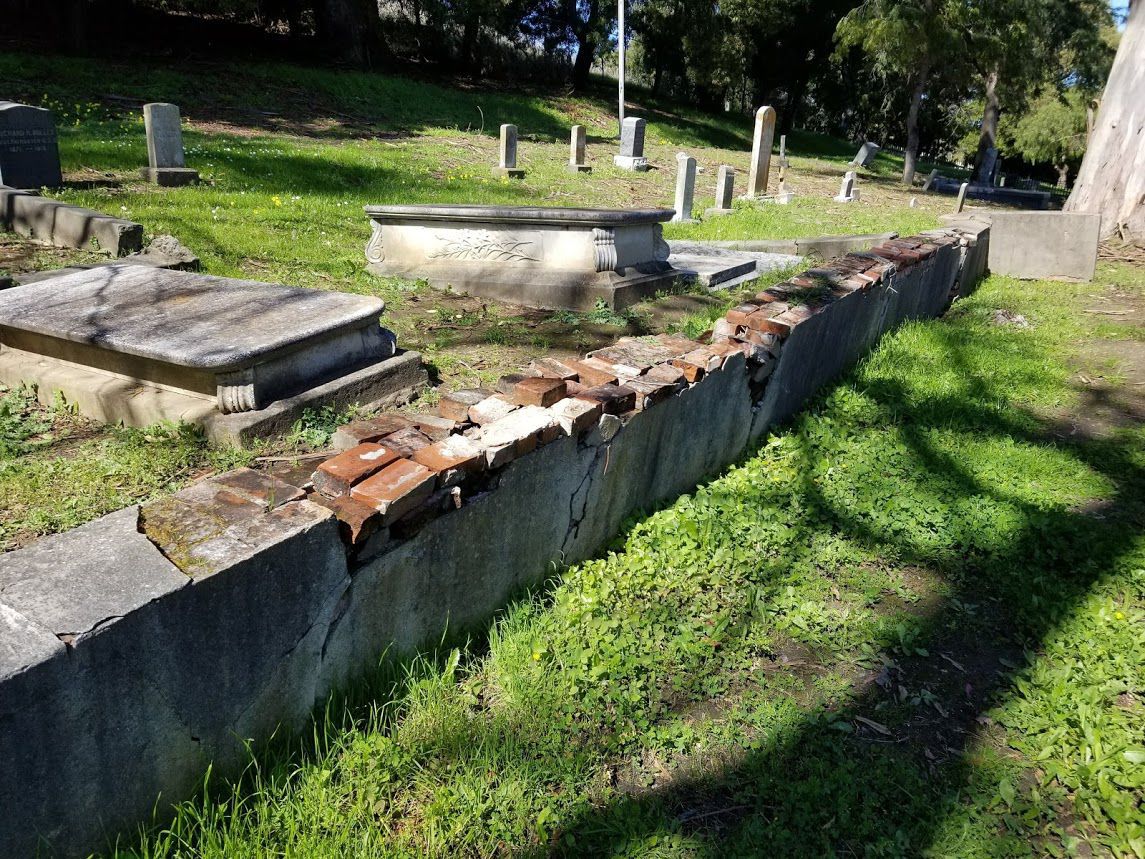 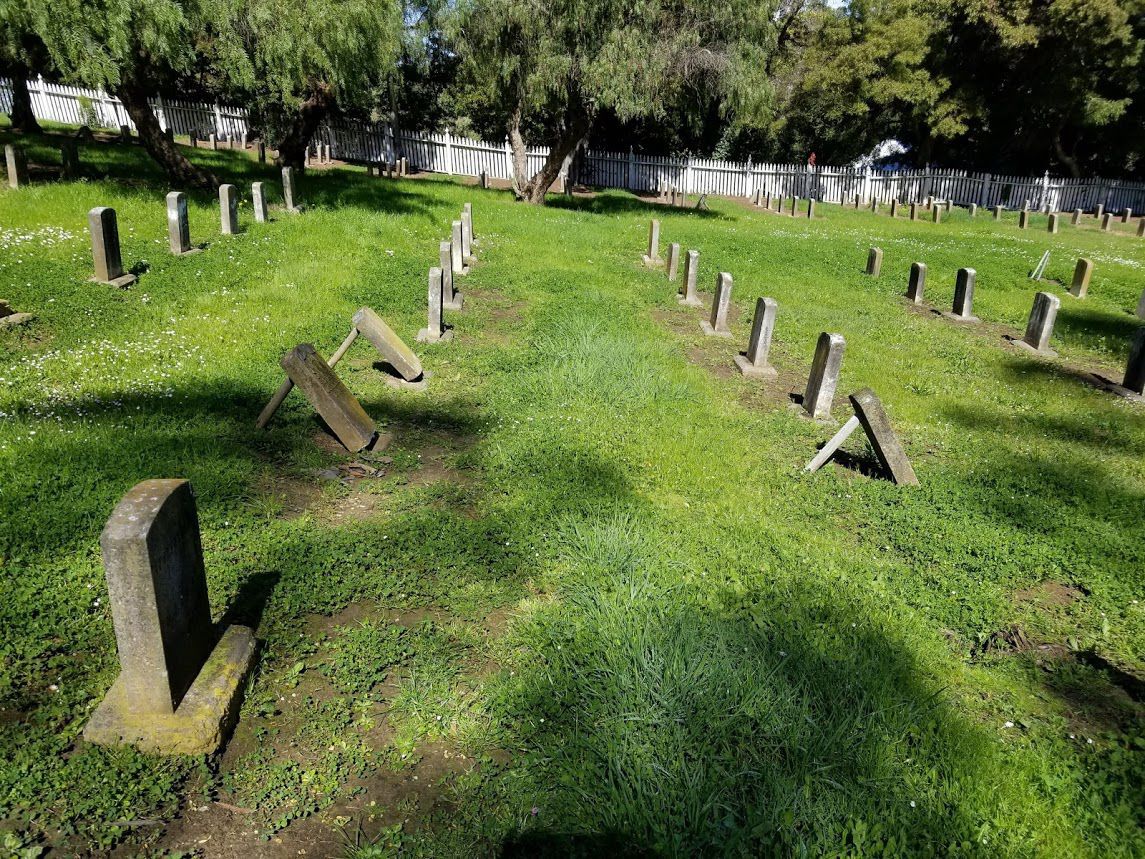 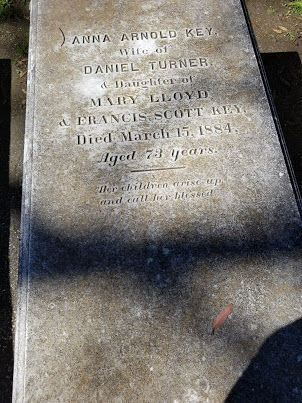 A daughter of Francis Scott Key, writer of lyrics for "The Star-Spangled Banner," lies in the Mare Island Naval Cemetery.

VALLEJO — For several months, it looked as though the crumbling Mare Island Naval Cemetery might be saved by the government for which those buried within it gave their last full measure of devotion, but things have taken a turn for the worse, according to some who have been working on the issue. In a weird twist, a relatively small grant meant to help mend the deteriorating graveyard, may be its political undoing, they said.

A battle to rescue the West Coast’s oldest military cemetery, in which nearly 1,000 are interred, including three Medal of Honor recipients and the daughter of Francis Scott Key, began in 2017, when retired U.S. Navy Capt. Ralph Parrott, on a layover with this wife at Travis Air Force Base, made a day trip to the island and discovered the graveyard in serious condition.

He, and a handful of others across the country, have devoted the past two years to rectifying this “national disgrace,” which, they found, is the result of the Navy leaving the former Naval Shipyard to the city of Vallejo without a mechanism in place for the cemetery’s upkeep, when the naval shipyard closed in 1996.

The effort brought backing from most if not all national veterans’ organization and bills introduced in Congress meant to transfer the responsibility of the cemetery to the Veterans Administration. It looked promising until recently, when it became clear to Parrott that the grant was going to cause the bills to fail.

“Currently there are two bills before the Congress to give the Department of Veterans Affairs legal authority to take over the Mare Island Naval Cemetery,” Parrott said. These are Rep. Mike Thompson’s (D-St. Helena) HR 578, and, Sen. Dianne Feinstein’s (D-San Francisco) Senate Bill 127. Thompson also secured a $250,000 per year grant for the cemetery as part of the Defense Authorization HR 2500 which is awaiting Senate action, he said.

“In the House, the Veterans Affairs Committee has chosen not to report HR 578 to the floor as part of an omnibus bill, due to the grant, which means the bill is dead in the House,” said Parrott, who lives in the Washington, D.C. area. “Currently, S 127 is on the list of bills to be voted on by the Senate committee. But, even if approved by the committee and the full Senate, S 127 is likely to be stripped by amendment due to the grant. Our sources tell us it is likely the grant itself will be stripped out in conference, leaving Mare Island with nothing.”

“I am continuing to work to restore and maintain the Mare Island Cemetery,” he said in an email. “The Department of Defense has started repairs, which I fought for, that are on schedule for 2020. That work includes repairing drainage issues and fencing, as well as installing a new flagpole.”

“I added a provision to the defense funding bill to provide $250,000 a year for maintenance and operations,” he said. “This measure passed the House earlier this year and is waiting for action in the Senate. Senator Feinstein and I continue to work with both the House and Senate Veterans Affairs Committees to advance legislation formally transferring the site to the VA. Our Mare Island Naval Cemetery is a sacred sanctuary for hundreds of fallen heroes, and I will not rest until the site is restored to its appropriate dignity.”

Feinstein’s office did not return messages seeking a comment.

Parrott, however, says he thinks the efforts are a bust because the VA opposes them.

“The real reason the legislative effort has failed is the extreme resistance by the Department of Veterans Affairs, specifically, Mr. (Randy) Reeves the Under Secretary for Memorial Affairs, who has repeatedly voiced his objections, citing the ‘dangerous precedent’ such a takeover would set,” he said. “He has objected even though he knew there were no other remotely analogous cases in the country.”

Parrott and retired U.S. Army Col. Nestor Aliga of Vallejo have said their extensive research finds no other military cemetery, left in the hands of a financially strapped city with no federal oversight, and believe the V.A.’s objection to be disingenuous.

Reeve, the men said, also promised that broken and illegible headstones at the Mare Island Naval Cemetery would be replaced, but, “to date, not one headstone has been replaced.”

Like Thompson, Aliga says he’s not ready to throw in the towel.

Parrott, who for two years has signed off on correspondence with an admonition to “keep smiling,” said he’s convinced the cause it lost, unless and until there’s a change in administrations.

“We had our best shot when the Democrats took over the House in 2018,” he said. “Despite there being a fellow Californian (Rep. Mark Takano) with Congressman Thompson as chairman of the House Veterans Affairs Committee, we were unable to get the bill out of committee and to the floor for a vote despite the solid support from all the major Veteran Service Organizations.”

Parrott said that “given the likelihood of the bills and the $250,000 grant dying in this session of Congress, the only near term hope the cemetery has is for the current DOD Individual Readiness Training (IRT) Project, which will accomplish some critically needed maintenance at the cemetery.”

Calling ongoing volunteer efforts at the cemetery “heroic” but inadequate to the scope of the problems, Parrott predicts that “barring any financial support by the City of Vallejo, the cemetery will continue to deteriorate.”

Parrott, calling any further effort by himself, Aliga and Thomas Bandzul, counsel for Veterans and Military Families for Progress, and the primary advocate on Capitol Hill, a waste of time, said he’s basically giving up.

“We spent the better part of two years raising awareness, hectoring politicians, meeting with the Navy and the Department of Veterans Affairs, acquiring support from all the major Veterans Service Organizations, drafting the actual legislation, conducting a nationwide petition campaign, lobbying and raising media attention to the plight of the cemetery,” he said. “We did everything we know how to do and we failed.”

Parrott says a big slice of the blame pie belongs to the Department of Veterans Affairs, which, he says, has long acted as an adversary as opposed to an advocate for vets.

“In the scheme of things, the Mare Island Naval Cemetery is small potatoes. The takeover of the cemetery could have been accomplished without legislation had the Department of Veterans Affairs chosen to do so. Their failure to do so is just one more example of the adversarial relationship the Department has with veterans” on a wide variety of issues, he said.

Parrott admitted that he and his team made some mistakes and hopes that if someone decides to take up this mantel, they can learn from them.

“I believe our biggest mistakes were, assuming a sympathetic hearing when we met with the VA Under Secretary for Memorial Affairs and were instead stonewalled; facilitating the IRT Project at the beginning of the effort, (as) this project was used very effectively by Mr. Reeves as an excuse for not taking over the cemetery even though he fully understood the limited scope of the project and its one-time nature. Hard to keep smiling after this.”

Mare Island Naval Cemetery is the oldest military cemetery on the West Coast.

Bills to provide federal funding to maintain the Mare Island Naval Cemetery have stalled in Congress.

A daughter of Francis Scott Key, writer of lyrics for "The Star-Spangled Banner," lies in the Mare Island Naval Cemetery.