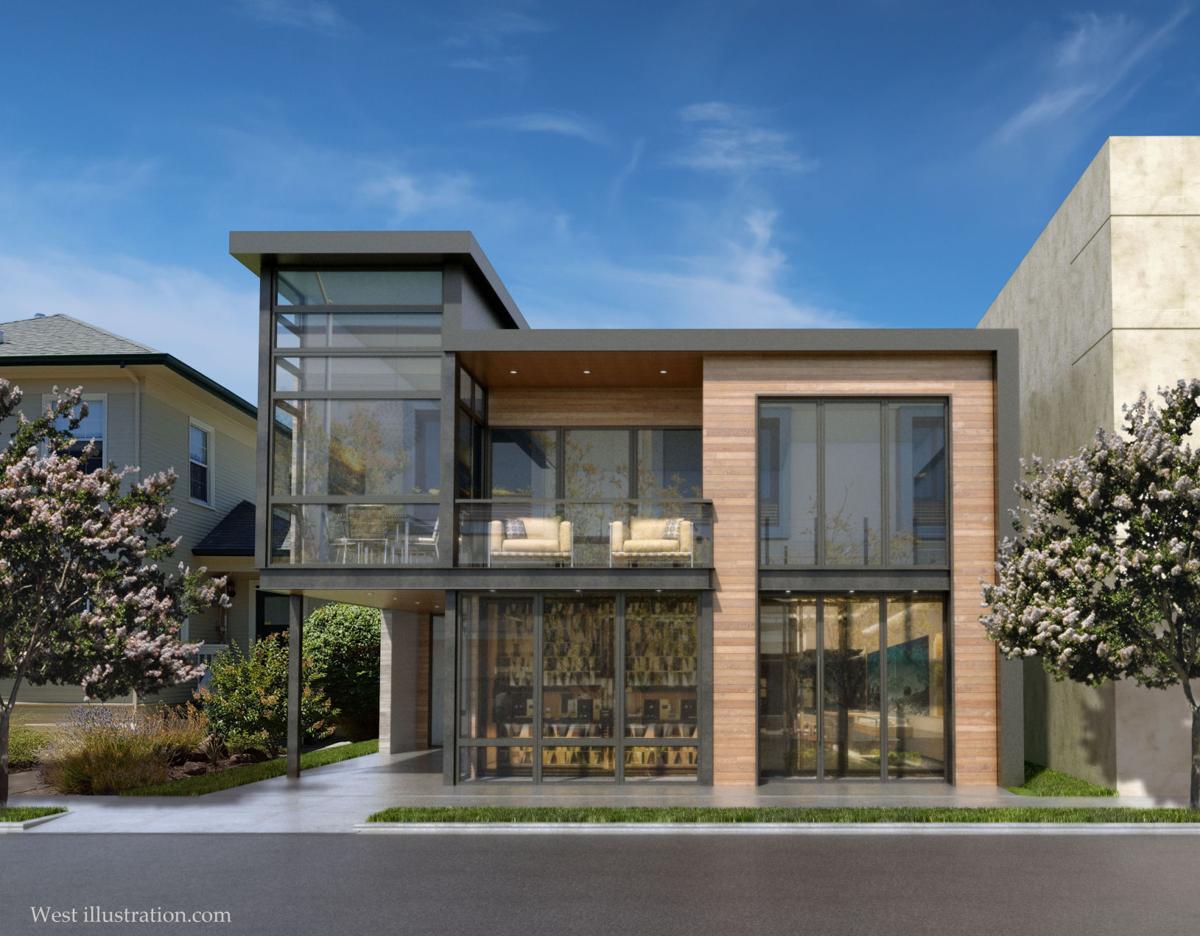 A view of a rendering for a proposed project at 1330 Clay St. in downtown Napa. 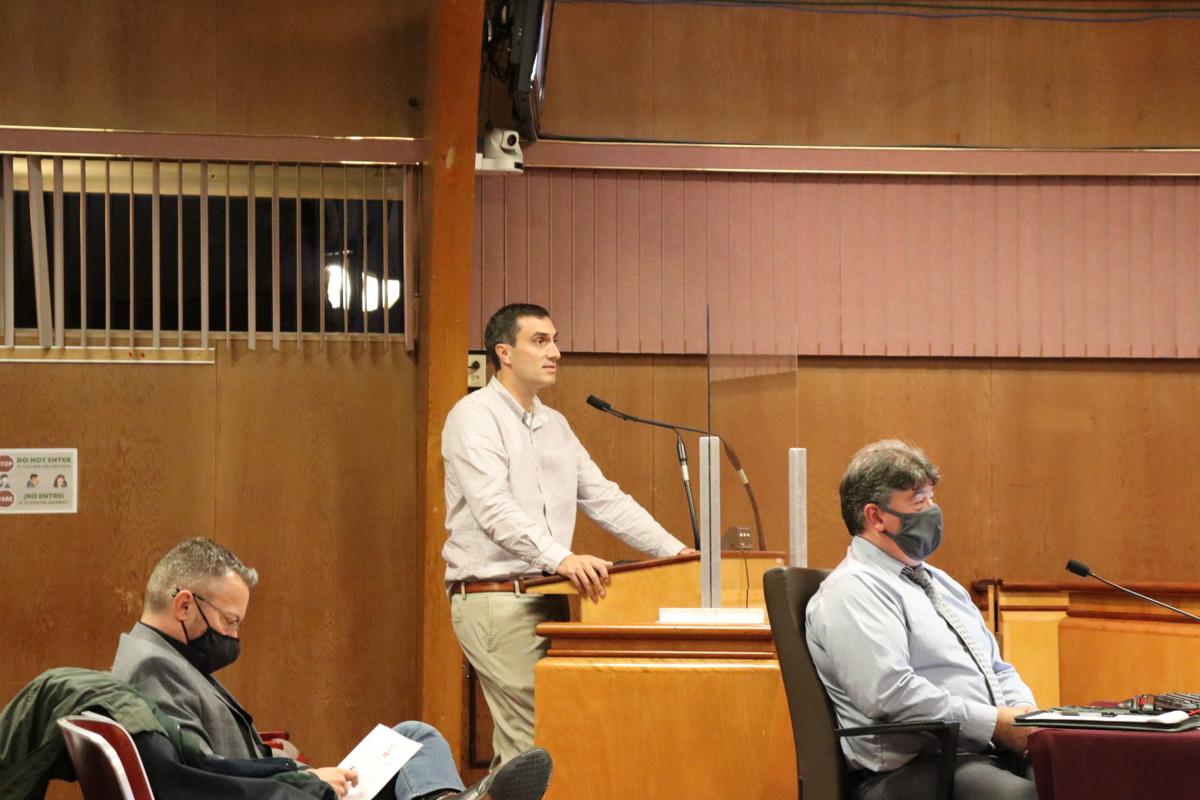 Thomas Hodge of R&H Development presents to the Napa planning commission on Thursday.

Things got heated at a recent City of Napa Planning Commission meeting when the developer of a proposed 4,970-square-foot, 5-room hotel in downtown Napa refused to go back into negotiations with city staff about parking concerns.

The project received a swift recommendation of denial on Thursday from the commission once Patrick Hodge of R&H Development said he didn’t want to come back to the commission at a later date with a revised proposal regarding parking accommodations.

After the commission members voted to recommend the project be denied, Hodge repeatedly insulted city staff members — he accused community development director Vin Smith of lying multiple times, called him a “loser” and said he entered public service because “you couldn’t make it on your own” — as he left the council chambers.

“I’ve dealt with that in the office countless times,” said senior city planner Michael Allen at the meeting.

The project is now set to go before the Napa City Council, with the planning commission recommendation of denial attached.

City staff recommended project denial because the developer — the Hodge family of R&H Development — hadn’t provided an option for parking that was near enough to the 1330 Clay St. site.

Allen said offsite parking typically needs to be about 300 feet from the site, and several suggested locations were much further than that.

To solve the issue of distance, Thomas Hodge said at the meeting that one staff member managing the hotel could provide valet service to the offsite parking lot.

The intent of the hotel, Hodge said, was to rent out rooms to large groups of people, and not individual guests. That means the staff person would generally only need to park one or two cars, and could also retrieve those cars in an adequate amount of time, he said.

Commission chair Paul Kelley asked Hodge what would happen if someone showed up while the valet isn’t there. Hodge responded that a process would be implemented so the staff member would know when people are checking in and valet services could be carried out accordingly.

“This must be a very, very fit valet person,” Huether said. “It’s not very believable that this would actually work.”

Commissioner Bob Massaro said the idea of the valet and the suggested sites sounded cumbersome. He said one way for the project to work is if the city allows it to lease spots in the nearby city parking garages.

Other commissioners, and Thomas Hodge, also suggested the nearby downtown parking garages as an option, especially because guests at the Andaz and Archer hotels have access to spaces there.

Vin Smith said that the Andaz and Archer hotels were allowed parking spaces in the city’s parking garages through negotiated development agreements, which he said city only enters into when there’s a greater public benefit to doing so.

Smith also said that, partially as a result of the two hotel developments, the retail environment in downtown Napa has been picking up over the years and the demand for parking garage space is increasing.

“We’re very fickle, if you will, or picky, or precise about decisions that we make as a community to give up public assets for the purpose of benefitting a private business,” Smith said. “That’s another reason, or other reasons, why staff was not supportive of this request: It doesn’t come with anything other than, we want to remove this building, we want to build a new building and we want to use your parking garage to solve our parking requirements.”

At that point, Kelley said, it would be up to the city to decide whether the project represented a significant enough public benefit to approve with the parking spaces.

But Patrick Hodge said he’d rather take the development proposal in its current form to the city council.

“With that comment, it seems like if we continue the project it’s not going to go anywhere,” Kelley said.

Editor's Note: This story has been corrected to accurately reflect that Patrick Hodge accused Vin Smith of lying multiple times, but did not call him a liar.

A view of a rendering for a proposed project at 1330 Clay St. in downtown Napa.

Thomas Hodge of R&H Development presents to the Napa planning commission on Thursday.