The city of Napa is pouring funds back into local park improvements, sidewalks, equipment replacements and other areas previously cut back early in the pandemic after receiving more revenue than expected during the past financial year.

The Napa City Council voted unanimously this week to allocate a projected $5.44 million revenue surplus from the 2020-2021 fiscal year — which ended as July started — back into several areas that received cuts because of an anticipated financial downturn because of the pandemic.

“The City is relieved to be able to direct these dollars back into Napa’s community sidewalks, public facilities, and our fire apparatus replacement funds — all of which saw drastic funding cuts in the original budget,” city manager Steve Potter wrote in an open letter. "Additionally, we refunded needed playground equipment retrofits, park infrastructure replacements, and parking lot repairs so residents can safely and comfortably enjoy the outdoors at our parks.”

The council also allocated $150,000 into hiring incentives and recruitment, which has remained a challenge for the city — and employers throughout the country — during an economic rebound this year. And the passing motion included that $1 million be placed into the city’s Section 115 trust, which was created to help mitigate increases in future pension costs and didn’t receive a contribution in FY 2020-21.

City revenues did take a substantial hit during the past financial year, Potter said, and the surplus is the result of the city budgeting around a projected $20 million drop in revenues.

“I think it’s important to remember, and keep in mind, that we did not experience an increase in general fund operating revenue this year,” Potter said. “Our current financial situation is a result of the actions we took.”

The city ultimately generated about $88.3 million in revenue — and added on about $6 million in one-time revenue by defunding various city projects — and spent roughly $88.6 million during the past fiscal year, said city budget officer Jessie Gooch. The city managed to spend only $88.6 million by making cuts and freezing staff vacancies.

That revenue amount doesn’t include the $7.4 million the city received from the federal American Rescue Plan in May because guidance on how the funds should be used is still evolving, said finance manager Elizabeth Cabell. (The city will receive a second $7.4 million allotment of American Rescue Act funds during the current fiscal year, according to past Register reporting.)

“When that money was first made available and sent, it was sent as, ‘here’s money, spend it, spend it on whatever you need to spend it on,’” Potter said at the meeting. “We have since found out there are restrictions and limitation to that money. The last thing we want to do is have to pay back $14 million because we made unauthorized expenditures, so we’re trying to be very careful.”

Though the city’s property tax revenues continued to steadily grow, revenue generated from business license tax, sales tax, and hotel-room tax, as well as revenue generated by city services, all declined during the pandemic, Gooch said.

The greatest drop in FY 2020-21 was in the hotel-room tax — known as the transient occupancy tax, or TOT — which generated just under $12 million in revenue compared to $23 million in fiscal year 2018-19, Gooch added. But revenues from that tax were on the rebound when the fiscal year closed at the end of June, she said.

The Napa council members said they were glad to see the city’s budgeting process pay off.

“We’re not out of the woods yet, but the work here and the sacrifice by everybody really shows that we put ourselves in a better position than where we thought we’d be in,” said council member Bernie Narvaez.

Council member Liz Alessio said she’s fine with the hiring incentive allotment for now, but she’s concerned it won’t be enough for the city to be competitive in hiring for some positions, such as police officers — who are generally receiving about $15,000 in hiring bonuses, she said.

Council member Mary Luros said the hiring allotment is initial funding and the City Council will be able to fund the hiring incentives more, if needed, down the road.

Several council members also said they’re looking forward to finding out what the American Rescue Act funds can be used for.

“We’ve been pretty conservative in how we approached our finances during COVID, and I’m so grateful that we’re able to bring back some of these projects that were really very hard to cut,” Luros said. “I think we’re still stretched a bit thin and the future is still unknown — we don’t know how long this is going to continue — but I appreciate staff’s balanced approach to spreading out these funds and bringing back some of those really difficult cuts.”

The next chapter for the Napa Valley Opera House

John and Michele Truchard have signed the papers, becoming the new owners and stewards of the Napa Valley Opera House. What's next for the historic venue?

Napa's newly named finance director has been dropped from part of a wrongful termination suit in Vallejo.

Cardwell was among those named in a Vallejo discrimination lawsuit, but Napa's city manager says she came highly recommended.

City of Napa's Make it in Napa Initiative rolls forward

The city of Napa is figuring out how best to support local makers and manufacturers with the Make it in Napa Initiative.

Your Turn: City Manager Steve Potter details the city's financial position as it emerges from the pandemic-fueled economic slump. 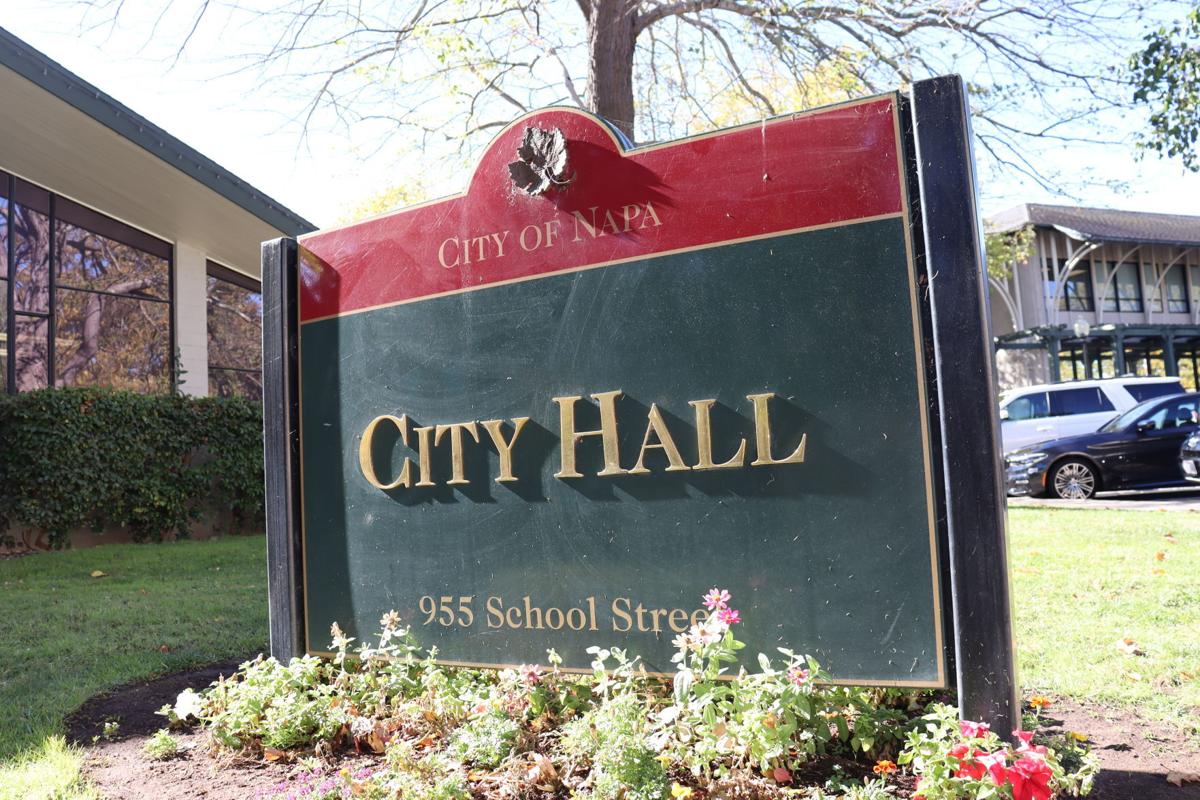 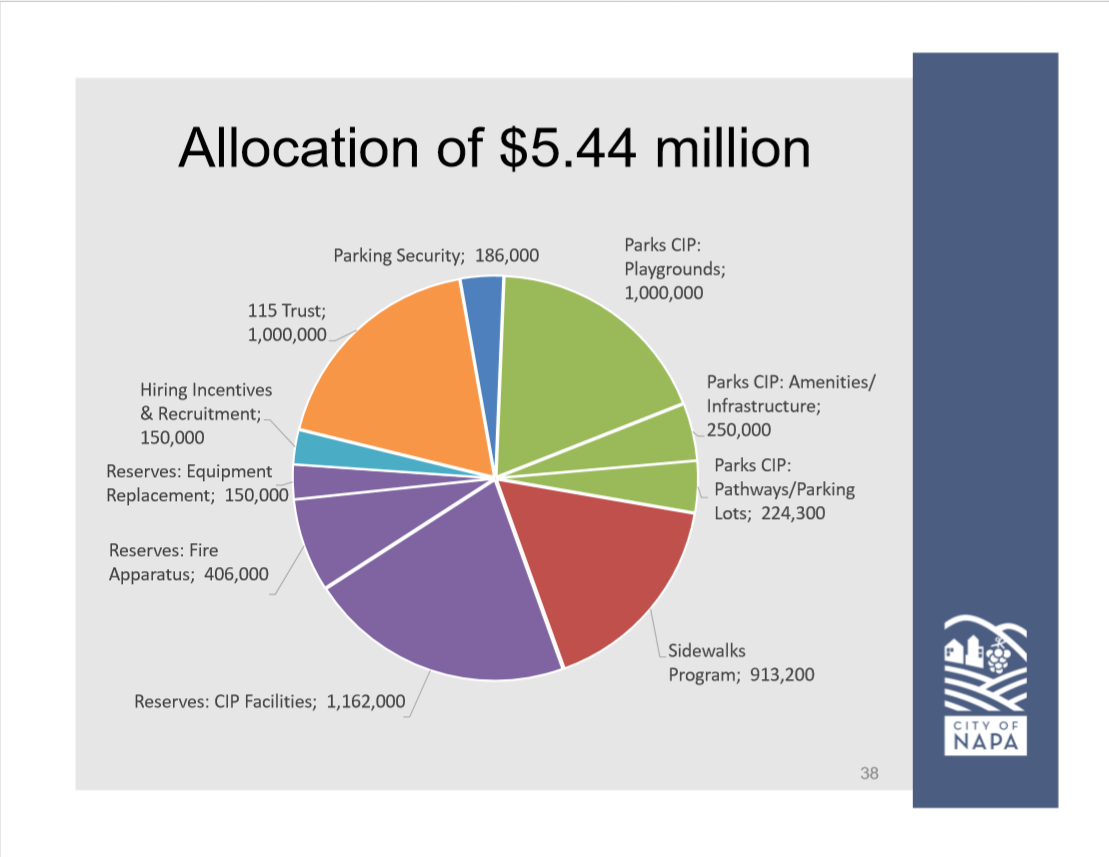 The city of Napa is reallocating revenues gained this past fiscal year largely into areas that were cut in preparation for a pandemic-induced economic downturn.