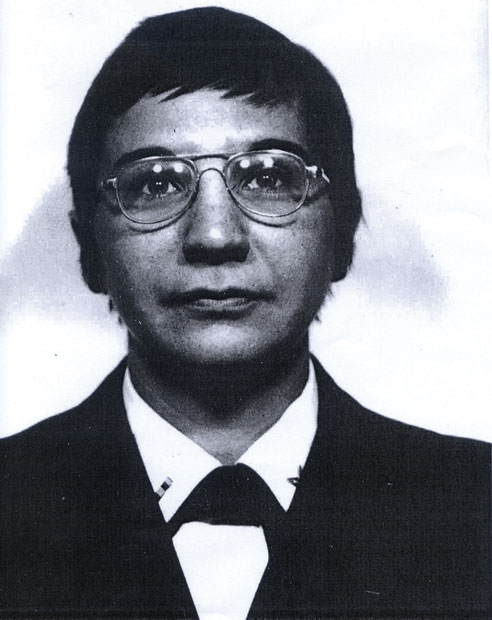 Two dozen unsolved homicides remain under review by the cold-case unit based at the Napa County Sheriff’s Office. Among them is Elaine Lehtinen, a U.S. Navy officer who lived in Napa and disappeared without a trace in June 1976. 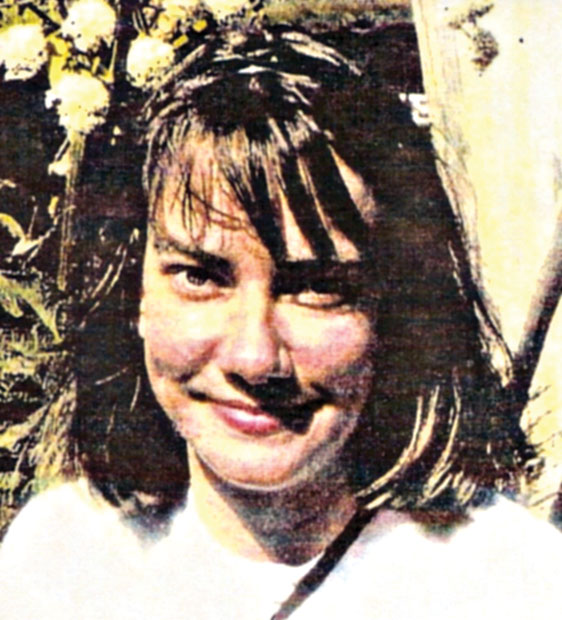 Elisha Eittreim was last seen alive in Napa in 1994 after visiting a friend on Brown Street. 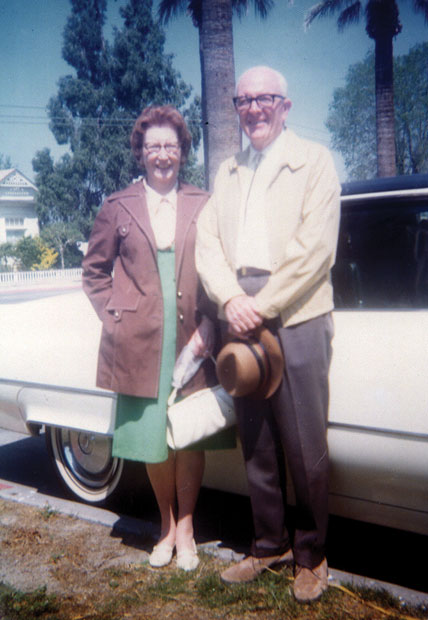 Alvin and Faye Maddux were shot to death at home on Monticello Road in Feburary 1976. 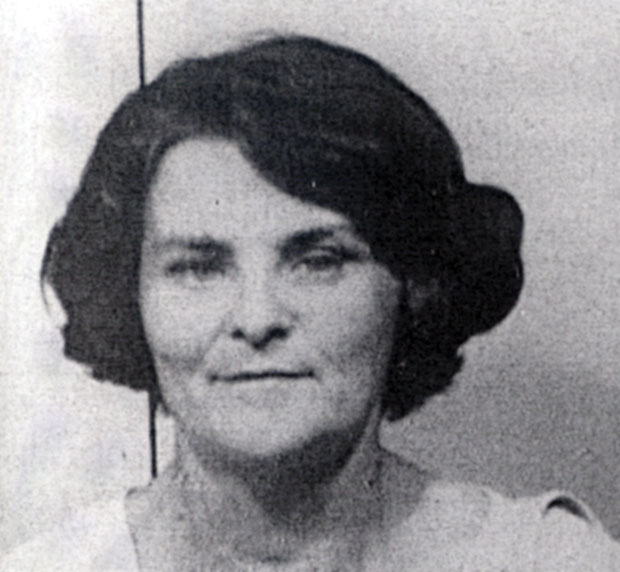 Maxine Brewer was found dead in the Napa River in 1975. 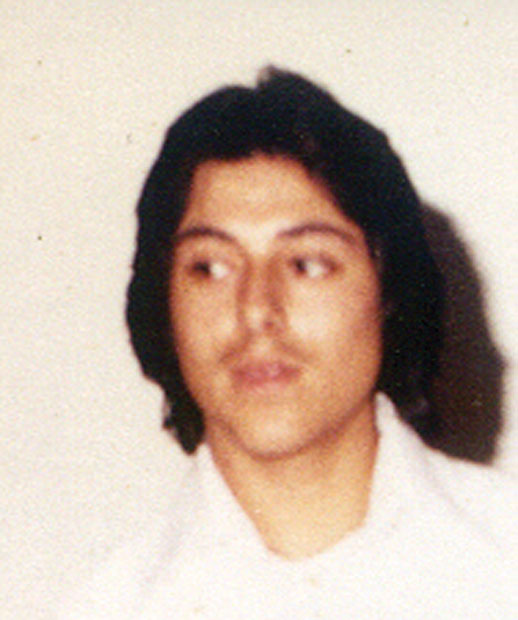 Henry “Ricky” Villanueva, a 17-year-old, was shot to death in September 1981 while driving.

In November 1963, a few days before President John F. Kennedy was assassinated, a dairy rancher southwest of Napa found the body of 5-year-old Doreen Heskett eight months after she had disappeared. The kindergartner had vanished as she walked home from a friend’s house near Jefferson and Pueblo streets, triggering a massive search involving 2,500 police, military personnel and civilian volunteers, along with tracking dogs.

The discovery at the Stewart Ranch shocked everyone. Experts were called in, including the head criminologist from UC Berkeley, but the case was never solved as witnesses either died or left Napa County.

Heskett’s killing is one among two dozen unsolved homicides under review by two detectives assigned to a temporary cold-case unit based at the Napa County Sheriff’s Office on Airport Road. For the past 18 months, the two detectives have used a $500,000 grant from the National Institute of Justice obtained in the fall of 2010 to review the unsolved killings, plus four missing-person cases and eight rape investigations, breathing life into the decades-old cases.

The detectives, one from the Napa Police Department and the other from the Napa County Sheriff’s Office, have gone through the cases one by one. They have sorted boxes of evidence, reviewed police reports, submitted samples for DNA testing in 18 cases, interviewed retired police officers, and tracked down witnesses, traveling to Oregon, New Mexico and Southern California to interview some of them.

By the time the $500,000 grant runs out in July, the cold-case unit anticipates closing four cases. Napa Police Detective Todd Shulman and Napa County Sheriff’s Detective Pat McMahon, the two detectives assigned to the cold-case unit, declined to say which four cases they hope to close, though they indicated two of them were homicides.

In other cases, suspects have been eliminated, the detectives said. Information has been entered in several databases, including the Combined DNA Index System, the national DNA database run by the Federal Bureau of Investigations and the National Missing and Unidentified Persons System, a database run by the U.S. Department of Justice, McMahon said.

Eventually, the Napa County district attorney’s office decides whether or not to file charges.

In one instance, charges have been filed already. Dustin Lyons was jailed last month in Napa County Superior Court in connection with a rape at Westwood Hills Park reported in 2003, court records show. Lyons, 33, turned himself in on March 21 to the Napa Police Department, authorities said. His next court appearance is May 22.

The cases have left emotional scars that have never healed, said the detectives, who talk to the survivors of the people killed or missing.

“We talk to people and they start crying when they think about it,” Shulman said, referring to the Heskett case.

They try not to get anyone’s hopes up.

“These cases are cold cases for a reason. Because if they were easy to solve, they would have been solved when they happened,” Shulman said.

Substantial improvements in forensic science developed over time allow for a new look at old evidence, the Napa County Sheriff’s Office said in 2010 when the grant was announced.

In some cases, the detectives submitted multiple samples for DNA testing.

The detectives have received reports back but are still waiting on test results in half a dozen cases, Shulman said. About $130,000 was earmarked for DNA testing, which starts at $1,000, said Napa County Sheriff’s Detective Chris Carlisle, who manages the half-million-dollar federal grant obtained just as DNA helped resolved a homicide from 1974.

In late 2009, Roy Melanson was identified through DNA obtained from a cigarette butt as the killer of Anita Andrews at Fagiani’s Cocktail Lounge on Main Street in July 1974. Melanson, who is serving a life term in Colorado for another killing, was convicted in September 2011 of murder in the Fagiani’s case.

In one missing-person case, Shulman contacted law enforcement agencies in Alabama and Florida. Janet Luxford was reported missing in 2001 by her daughter. After an investigation, they learned she was last reported seen near Birmingham, Ala.

Another case involved Elaine Lehtinen, a U.S. Navy officer assigned to Mare Island. Lehtinen, 31, who was originally from Pennsylvania and worked as a warrant officer, was reported missing in June 1976. Lehtinen, who had risen through the ranks, was last seen gardening in the 1500 block of Parkwood Street, authorities said. She left no note. Lehtinen’s vehicle and bike were found in the garage.

The detectives worked with an investigator from the Naval Criminal Investigative Service of the U.S. Navy at Camp Pendleton in the Lehtinen case. The U.S. Navy investigator reviewed the case and helped with interviews. Evidence was sent to a U.S. Department of Defense DNA laboratory in Georgia for testing, Shulman said.

The leads gathered on the cases that remain unsolved when the grant runs out in July will be referred to the agencies that first investigated the cases, Shulman said. The detectives themselves will be reassigned at the Napa Police Department and the Napa County Sheriff’s Office.

Other cold cases under review since fall 2010 include:

• Cecelia Shepard. Shepard and a friend, Bryan Hartnell, were stabbed near Lake Berryessa on Sept. 27, 1969, alleged victims of the Zodiac killer. Hartnell survived the attack but Shepard succumbed to her injuries two days later.

• Maxine Brewer. The housekeeper-cook was found dead in a mudflat of the Napa River on Nov. 18, 1975, about a quarter-mile north of Lincoln Avenue. Brewer, 43, was fully clothed, but her wrists and ankles were bound with wire. She had been reported missing a week earlier. Police reported Brewer had been stabbed to death.

• Alvin and Faye Maddux of Napa. They were shot to death execution-style in their house on Monticello Road in February 1976. A granddaughter found them. No weapons were found, ruling out a murder-suicide, McMahon said. Both were found shot in the head.

The investigators conducted detailed interviews with family members, but were unable to identify a motive or a suspect, McMahon said. “They did not live a high-risk lifestyle,” he said.

• Richard Baker, a car salesman in Napa. Baker was found dead on Wild Horse Valley Road in September 1977. The cause of the death has not been released. A property owner found Baker’s body on his ranch, fully clothed.

• Henry “Ricky” Villanueva, 17. The teenager was driving through Napa in a 1966 Buick Rivana, a two-door sedan with a rose painted on the trunk and front hood of the car, when he was shot to death in September 1981. His car crashed in the 500 block of Trancas Street.

• James Adams. A former Sebastopol student, Adams was found dead in August 1990 in a warehouse near American Canyon. Adams, 26, was beaten to death, reports said. The son of the warehouse owner discovered the body.

• Kin Po-Ko, 38, of Rodeo. She was stabbed to death in front of her 14-year-old daughter in March 1991, at the grocery store her family owned in American Canyon at the corner of Poco Way and Broadway/Highway 29. Napa County sheriff’s investigators said the suspect fled the scene on foot.

• Elisha Eittreim. Eittreim disappeared on Feb. 27, 1994, after leaving her boyfriend’s house in the 500 block of Brown Street. Eittreim, 21, was heading to a house in the 800 block of Patchett Street in Napa. She was wearing Levi’s pants, a jacket with a gold drawstring and a T-shirt, according to the National Missing and Unidentified Persons System database.

Eittreim, who grew up in Napa, was never heard from again, said the detectives, who tracked down people connected to that case as far as Chicago.

The detectives also continue to investigate their oldest case, the killing of Doreen Heskett.

“We’re still working on it. It’s still open,” Shulman said. “In that case, we’ve been also hindered because the body was found quite a bit after we believe she died. It’s always harder.”

But after the cold-case unit was formed in 2010, citizens called them with potential leads, Shulman said.

“There is always hope,” he said.

Do you have a lead?

Unsolved homicides and missing person cases in Napa County include:

Two dozen unsolved homicides remain under review by the cold-case unit based at the Napa County Sheriff’s Office. Among them is Elaine Lehtinen, a U.S. Navy officer who lived in Napa and disappeared without a trace in June 1976.

Elisha Eittreim was last seen alive in Napa in 1994 after visiting a friend on Brown Street.

Alvin and Faye Maddux were shot to death at home on Monticello Road in Feburary 1976.

Maxine Brewer was found dead in the Napa River in 1975.

Henry “Ricky” Villanueva, a 17-year-old, was shot to death in September 1981 while driving.