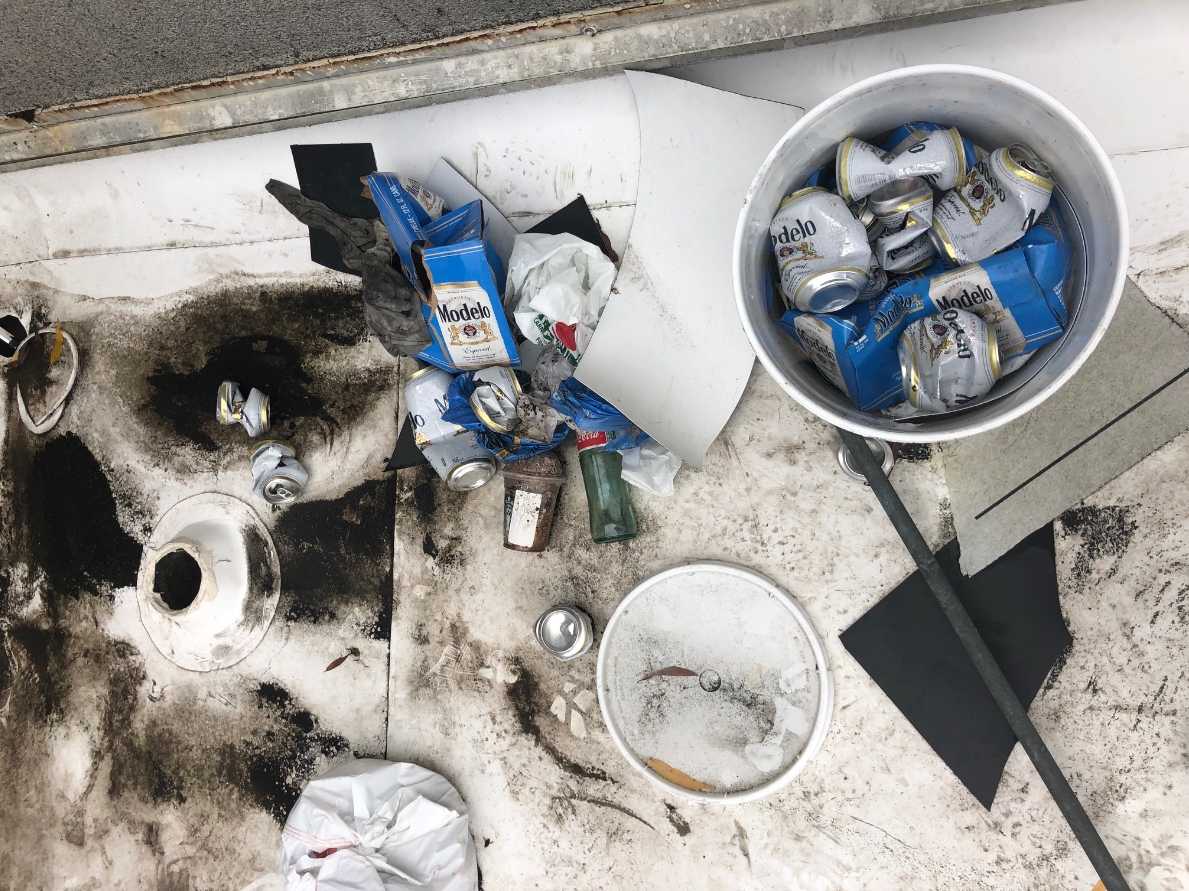 Mailynh Phan, managing director of RD Winery, found this trash atop a roof that she says was left unfinished by a roofing contractor. 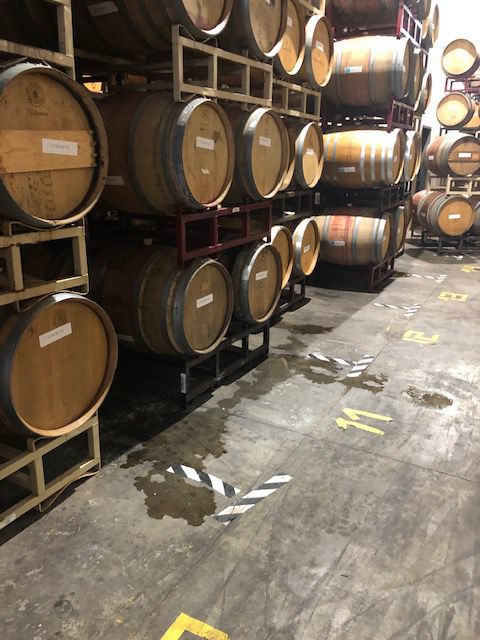 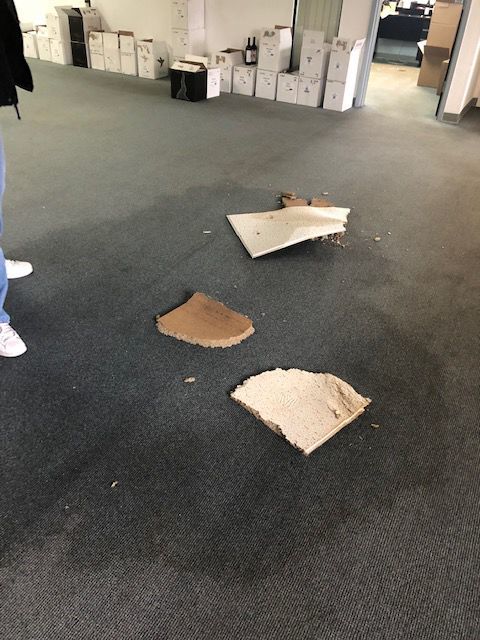 Ceiling tiles of an RD Winery warehouse fell after water damage from a leaky roof.

Soon after RD Winery paid Raneri & Long Roofing Company $47,000 for the roof, the winery received a routine, quarterly maintenance inspection, said Phan, who is managing director of the winery. That’s when she said she found out that the roof was left unfinished and unsealed.

She checked the Contractors State License Board‘s online database and learned the company’s license was expired because it did not meet requirements related to workers compensation and a contractors bond, Phan said.

Phan is one of five people who have complained to the Napa County District Attorney’s Office in recent months about Raneri & Long Roofing or its owner, Timothy John Long, according to the DA’s Office. Long was charged late last month with fraudulently using an expired license number.

The DA’s Office said that it is working with the board to investigate those complaints. The investigation could possibly result in violations related to fraud, workers compensation and licensing.

Several of Long’s customers connected after leaving bad reviews on Raneri & Long’s Yelp page and have been working together in hopes of getting some of their money back, Phan said.

“At least I had somewhat of a roof,” Phan said, adding other customers she’s heard from seem to be worse off.

Long was arrested in May after the board’s Statewide Investigative Fraud Team teamed up with the Calistoga and St. Helena Police Departments to conduct a sting operation, inviting suspected unlicensed contractors to offer bids on a single-family home near Calistoga, according to a St. Helena Police post on Facebook. Ten contractors were given notice to appear in court to answer illegal contracting charges.

Long said in a text message that he could not talk about the case while it was pending in court, but was looking forward to defending himself against the charge.

Court records show that Long has been sued numerous times by entities that allege he has failed to pay them.

Umpqua Bank sued him to recover $153,000 that they claimed to have credited to an account for Raneri and Long Roofing. Long, who was once the landlord for the Napa Valley Casino in American Canyon, was sued by casino operator BVK Gaming, which operated Napa Valley Casino, for $86,000 in unpaid rent, legal bills, a loan and and car damage, according to the complaint.

Long was even sued by his brother, Ronald Long, who operated Hemphill’s Lounge and Card Room in Napa with him. Ronald claimed in a 2008 lawsuit that his brother wanted to sell Hemphill’s and said he would transfer the gaming and liquor licenses to Ronald at a new location: Joy Luck House in Napa. Long sold the gaming license to others, his brother alleged in the lawsuit. Long denied the allegations.

The next court date in Long’s fraudulent license case will be on July 10.

What do district attorney’s offices do anyway?

Mailynh Phan, managing director of RD Winery, found this trash atop a roof that she says was left unfinished by a roofing contractor.

Ceiling tiles of an RD Winery warehouse fell after water damage from a leaky roof.